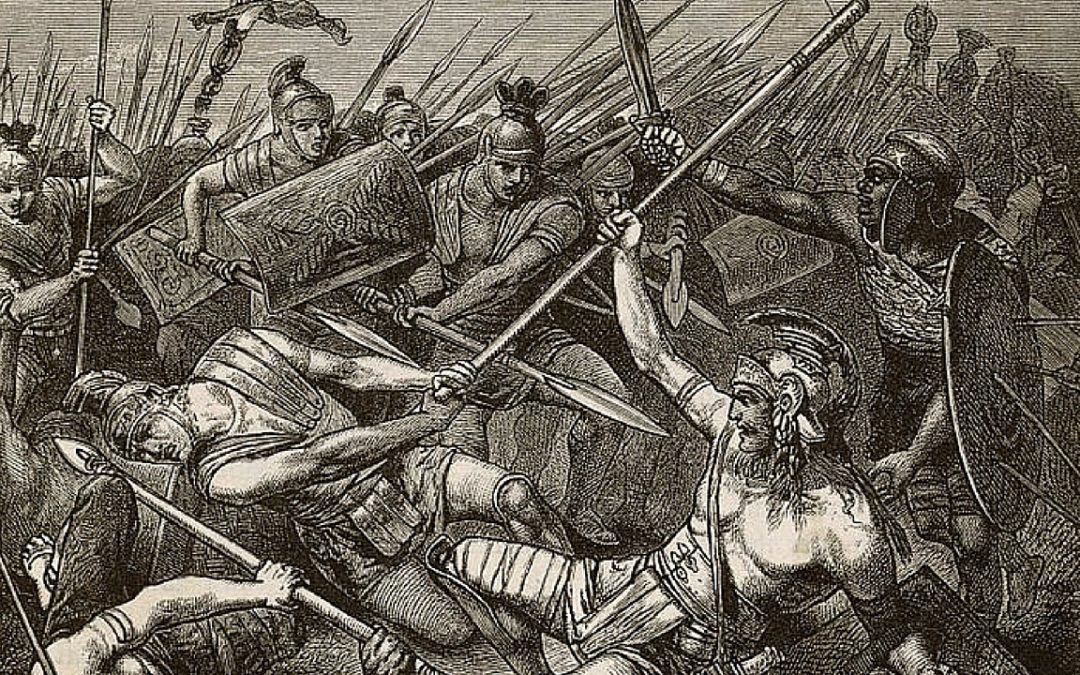 The most powerful Empires, countries, and tribes throughout history have always had skilled warrior cultures. For a lot of people the only way to survive or expand was through military endeavors requiring strong warriors, and large armies. This list includes 10 of the most skilled and badass warrior cultures from history. Although some may not strictly be cultures they were included because of their amazing fighting prowess, and skill at the art of war. 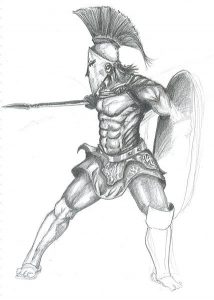 Spartan’s are famous for being some of the most fearsome warriors in history, and one of the most brutal warrior cultures. Although a lot of what people believe about the Spartans is more myth than fact, the spartan’s were raised to be brutal warriors. Spartan children were inspected for defects, or disabilities, and if any where found they were left to die. At the age of 7 surviving children where taken from their families, and began the agoge. This a tough military training program, where they learnt how to fight and hunt among other skills they would need. At age 12 Spartans had to sleep outside, and make their own bed from reeds, and find their own food through scavenging or stealing. Spartans were often beaten as punishment, and if one Spartan was performing poorly he would be shamed into working harder through extreme bullying. Sparta is famous for the battle of Thermopylae where according to the historian Herodotus, Sparta had 5,200 men, and King Xerxes of Persia had 2.5 million soldiers. Even though Sparta was completely outnumbered they are remembered for fight they put up, and killing a significant portion of the enemy army. 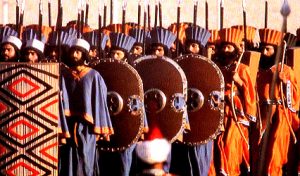 Every time someone died in battle, he would be replaced by another soldier quickly. This way the army always had exactly 10,000 soldiers. This gave it the appearance of a constant force that couldn’t be stopped no matter how many you killed. This is how they gained the name Persian Immortals, or 10,000 Immortals. The unit was named by the famous historian Herodotus. He described them as being a heavy infantry, any member who died, fell ill, or injured was immediately replaced. The Immortals were part of the Imperial Guard for the Achaemenid Empire, and helped to Expand the Achaemenid Empire.

The winged hussars were heavily armoured shock cavalry, in the Polish army. They’re significant for the badass wings they had as part of their armour, and the success they had in the field. They started off as light cavalry but eventually became the elite cavalry of the polish army. The winged hussars became their most badass with the reforms of the King of Poland, in the 16th century. Throughout this time the Hussars evolved, and the King of Poland reorganised the army, and made them into a heavy cavalry. They replaced their wooden shields with metallic body armour, and adopted the heavy lance as their go to weapon. The Hussars were the driving force of many Polish victories, and even helped them defeat much superior forces. Victories where they were outnumbered 5 to 1 have been credited to the Winged Hussars. 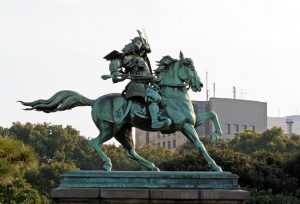 The Samurai were medieval warriors from the Island of Japan. They’re known today for their exceptional skill with their iconic sword, the Katana. Samurai are famous now for being loyal, and honourable, but this wasn’t necessarily the case. Samurai could often be cowardly or disloyal. Samurai were loyal to their immediate superiors, but their superiors weren’t always loyal to their masters, and if they switched sides they could take their samurai with them. Samurai were educated as officers in military tactics, and grand strategy. One of the most famous samurai is Hattori Hanzo. Hanzo fought his first battle at the age of 16, and managed to save Tokugawa’s daughters who had been kidnapped, and held in Kaminogo Castle. 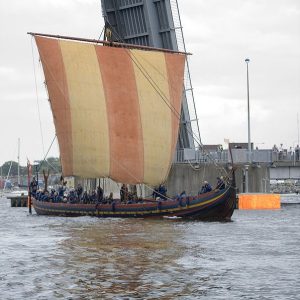 The Viking’s were one of the most feared warrior cultures of their time. They travelled across the world to plunder and trade. Part of what made Viking culture so deadly was the belief that their death was predetermined but nothing else was. They believed they would never died before their time, and death couldn’t be avoided. This gave them the courage to fight fearlessly. Beserkers were some of the most terrifying Viking warriors. They were said to be able to use magical powers to heal themselves as they fought which allowed them to fight recklessly. It’s been theorised that these beserkers used drugs to go into a mad frenzy when attacking. 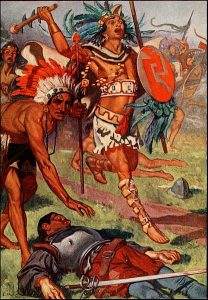 One of the fiercest warrior cultures were the Aztecs. Aztec society revolved around warfare. Every male citizen would receive basic military training from an early age. The army was mainly commoners and military achievement was the only way for them to move up social class. The Aztecs aimed to subjugate enemy city states through warfare, for resources and territorial expansion, but they also needed to kill in order to provide sacrifices for the gods. Aztecs would put on an unusual type of war, called a Flower War. This was a battle arranged between two parties, so that there would be enough sacrifices for each party. Aztec warriors had unique appearances depending on how many captives they had taken. Taking more captives would earn you better clothes, and decorations. The jaguar warriors were the highest level, you would be given jaguar skin to wear over your body after capturing four people. 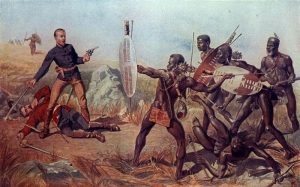 The Zulu tribe had a powerful warrior culture. Under the leadership of Shaka, the Impi (Zulu warriors) discarded sandals so they could run faster. Anyone who refused was killed. Shaka hardened the feet of his men by ordering them to stamp on thorny branches until they were flat, and improved their mobility by forcing them to march 50 miles a day. The Zulu were experts at encirclement tactics, partly because the intense training made them much faster than the enemy. Using their increased mobility the Zulu could implement encirclement tactics with ease, which allowed them to quickly surround their enemies on the battlefield. Using these tactics they even managed to stand up to enemy firearms, using shields, and spears. 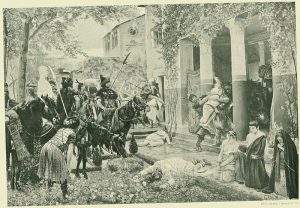 The Huns were nomads who lived in Eastern Europe, the Caucasus, and Central. Their most famous leader was Attila the Hun who started the Hunnic Empire. The Huns couldn’t read or write, so they didn’t keep any records themselves. A Goth in Italy in 551, described the Huns as a savage race, which lived in the swamps. He wrote of how they looked ugly, and even said that there head was just a shapeless lump. He said they were cruel even to their children, and would cut the face of a newborn baby so that before they receive the nourishment of milk they must learn to endure wounds. 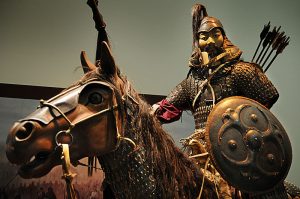 The Mongols were the greatest warrior culture of their time, and lost very few battles in the 13th century. They often defeated much larger armies using their superior tactics and experience. The Mongols had exceptional tactics, and their most famous leader Genghis Khan is considered by many to be one of the greatest strategists of all time. Where as their opponents would use reckless frontal attacks the Mongols preferred diversionary tactics, and would fix the enemy in place while flanking them (attacking from the side). One of their most successful tactics was the feigned retreat, where a Mongol force would pretend to be defeated in the middle of combat and run away from the enemy. This is a dangerous tactic because a feigned retreat can easily turn into a real one, but the Mongols had perfected it. Using these tactics the Mongols created the largest contiguous empire the world has ever seen.