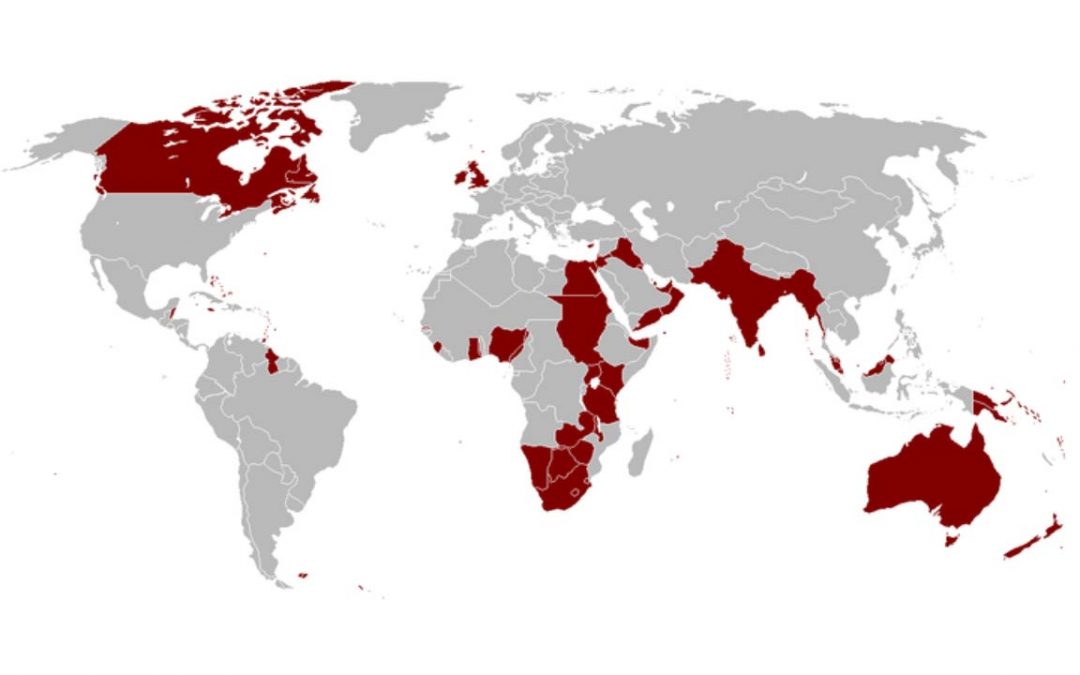 There have been many proposed countries that never quite became nations. Some are pretty dull and realistic while others were wild and obviously impossible. Here are ten planned countries that never came into existence. To be brutally honest despite the title, some of these never had any chance of coming into existence. It’s not click bait; it’s just that I’m barely literate. So anyway, here are some proposed countries. 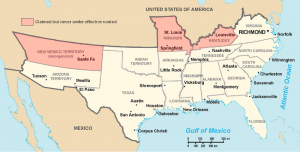 The knights of the golden circle was a 19th century American secret society. They were pro-slavery and knowing abolition may be nearing, wanted to form their own country where slavery could continue indefinitely. Their proposed nation was known as the golden circle – a union of Confederate American states, Mexico, the entire Caribbean and central American region. The golden circle was to be led by the Mexican emperor. They were a paramilitary group prepared to use force in annexing the territory. They wanted to ensure the South won the US Civil War. But after the north won the Golden Circle seemed like a less realistic dream and support faded. Some say Abraham Lincoln’s assassin was a member of the group and that they operated underground for many decades, hiding loot from slavery and wartime activity. 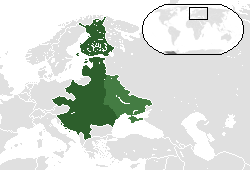 After the first world war the world knew two things. To fear Germany and to be very suspicious of Russia. So plans were drawn up for a massive new country to keep both in check. Known as Intermarium, it was to be a buffer state to prevent war between the Germans and the Russians. And also to protect the people’s in between them, who were vulnerable to both powers. It was to stretch from the Black Sea to the Baltic Sea, giving it enough land and resources to become a major European power in itself. It was part of an old Polish nationalist plot to prevent Russia from being a threat to other European nations. But the only major power to support the proposed country was France. Other nations believed it would soon fall apart. So Intermarium was never established. Germany and Russia went to war and those caught in between were brutalized. I wonder how history could have been different if Intermarium was created. 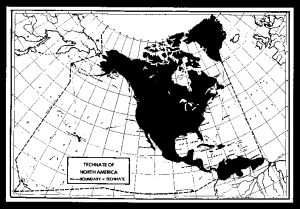 This was proposed by a group known as Technocracy incorporated; their movement wanted society to be run by engineers and scientists, rather than politicians – who they saw as corrupt and inept. Society’s problems would be solved by the scientific method and morality would be less important. They wanted all of North and Central America to unite under one Technocratic government, becoming a Utopian superstate to match the Soviet Union. The movement peaked during the great depression. Huge crowds were drawn to their meetings and many believed the Technate would soon be established. But their opponents likened Technocracy to communism, which in those days wasn’t exactly popular. As the economy recovered, interest in the movement fell and today the dream of Technocracy is largely forgotten. 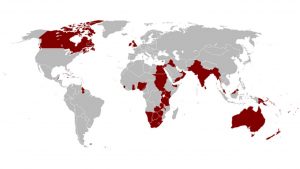 It sounds like something from Stargate but really it was a proposed British superstate. There were many proposed countries to succeed the British Empire and no one really knew what would happen. The general idea behind this proposal was that the British Empire would unite as one single global country, rather than have a colonial system. Founded in 1884, the Imperial Federation League campaigned solely for this. They wanted an American style federal union, allowing colonies to make some of their own laws and have a say in how things were run. They said this would prevent the fall of the British empire. People revolt against imperial overlords. But if you can convince people they are citizens of a superstate, you might see more stability. But by the end of world war one, it just seemed impractical. It would have been history’s most ambitious political union. 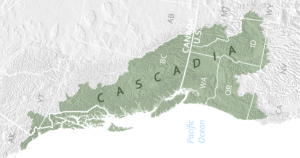 In North America there is a bio region called Cascadia. It crosses into parts of both the US and Canada – but many who live there feel more Cascadian than Canadian or American. There is a growing movement for Cascadian independence. Those behind it want a new eco-friendly country to call home. They have the worst flag I’ve ever seen but can still boast significant support in the region. If successful it would be the 20th largest country in terms of land area. But would be first in terms of population of filthy hippies. It would have multiple national languages, one of which being Chinese for some reason, which by the way isn’t even an official language of China. 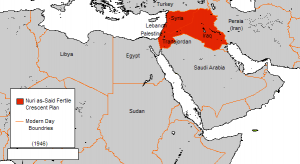 After the Ottoman empire fell the middle east was carved up by the British and French colonial empires. But everyone knew it was a temporary arrangement, and so new countries would soon be established. There have been dozens of proposed countries in the middle east, this is just one of the more interesting. During the second world war Jordan and Iraq were ruled by the House of Hashem, who also held influence in Syria. They proposed that all three countries along with what is now Israel and Palestine be unified into one kingdom. This would have given them massive regional power, which is one of the reasons Syria refused to join. Another reason was a military coup in Syria, making it almost impossible. When the House of Hashem lost the Iraqi throne in 1958 all hope in establishing the fertile crescent was lost. Still today, with the troubles in Syria and Iraq, some call for the countries to be united under the house, who still hold power in Jordan. 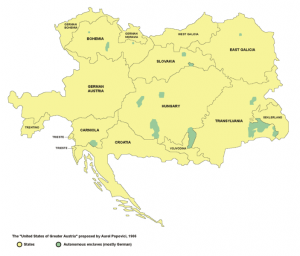 The Austro Hungarian Empire fell apart after world war one. But it might have been saved. Acknowledging the ethnic conflicts within the empire, one lawyer proposed Federalization. Under his plan, territories would be drawn up based on nationalist tendencies. If you look at his map he’s done a pretty good job. Transylvania is separate from Hungary. The Czechs and Slovaks also have their own states; this man clearly had an understanding of the ethnic conflict within Austria Hungary. I might have worked. Franz Ferdinand, heir to the throne, believed this was a good idea. He planned on creating a federal system along these lines. But as you know he was assassinated before having a chance to do this. 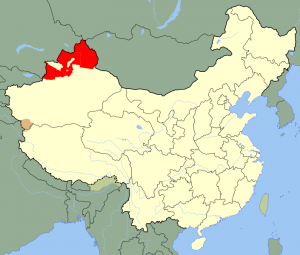 We all know some in Tibet want independence from China but East Turkestan is less well known. It’s a large territory in China’s North-West corner. Three times the size of France, there have been several attempts to form an independent republic but China remains in full control. The native population are not Chinese and are overwhelmingly Islamic. But the Chinese population within the region is growing fast. In 1949 it was 4 percent and today it’s almost 50 percent, making East Turkestani independence increasingly unlikely. The Soviet Union did the same thing, encouraging Russian communities to move to Georgia and Eastern Ukraine, making those areas less likely to gain independence. With a large Chinese population, East Turkestan’s claim of independence is questionable. 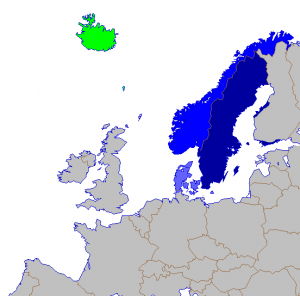 Scandinavian countries have strong cultural ties, partly because historically they have often been in political unions with each other. So it’s no surprise there have been movements to unify Scandinavia into one country. No such plans were ever taken seriously – but in 1872 a group of Scandinavian settlers founded a town in New Zealand. And when you think about it, that town is basically a small Scandinavia. So a united Scandinavia would probably look just like New Zealand. Less sheep though. 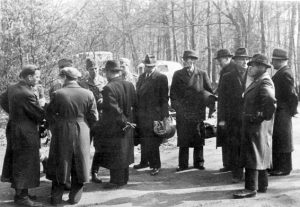 The Nazis had all kinds of plans for Europe after their victory in world war two. One of which was to establish a new country. The SS State of Burgundy, a client state somewhere in western Europe, most likely overlapping France and Belgium. They also wanted a French region called Brittany to become an independent state, which is ironic considering France always wanted Germany broken up into states. Heinrich Himmler was obsessed with establishing Burgundy, wanting leader of the Belgian fascists to become it’s chancellor. Himmler claimed Adolf Hitler fully supported this. But that could just have been a crazy lie. You can’t trust Himmler, that’s what I say.