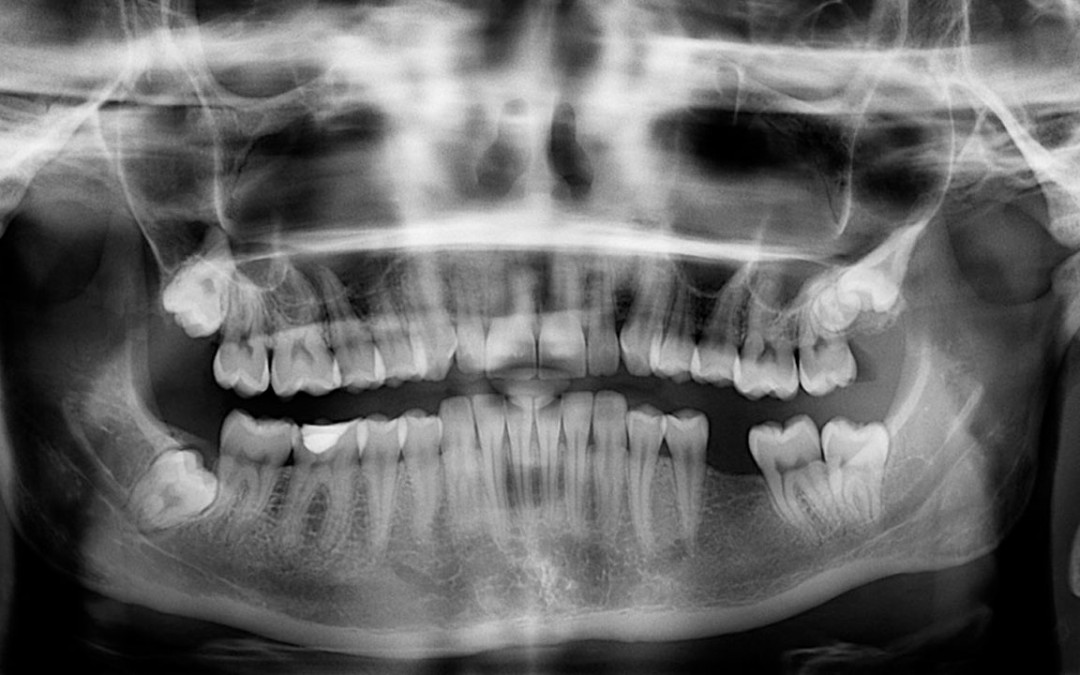 Science experiments often go wrong but a lot of these turned out worse than you would imagine. Some scientists don’t shy away from using extreme methods such as electricity and large doses of hypo-tropics like LSD. Scientists may use animal cruelty or abuse humans to prove a hypothesis. This is a list of 10 deadly science experiments gone wrong. 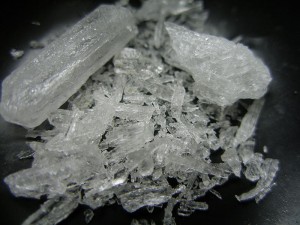 45 years ago scientists conducted a cruel experiment to observe how an elephant would react to being given large doses of LSD. The elephant weighed three and a half tons and was administered enough LSD to make 3,000 humans hallucinate. The elephant was called Trusko. Researchers from the university of Oklahoma injected him with the drug and he instantly started to panic and stampeded around his pen for a few minutes, and then collapsed. It’s likely the drugs killed but some theorize the drugs the scientists used to try and revive may have contributed to his death. The researchers were trying to force the elephant to go into musth. 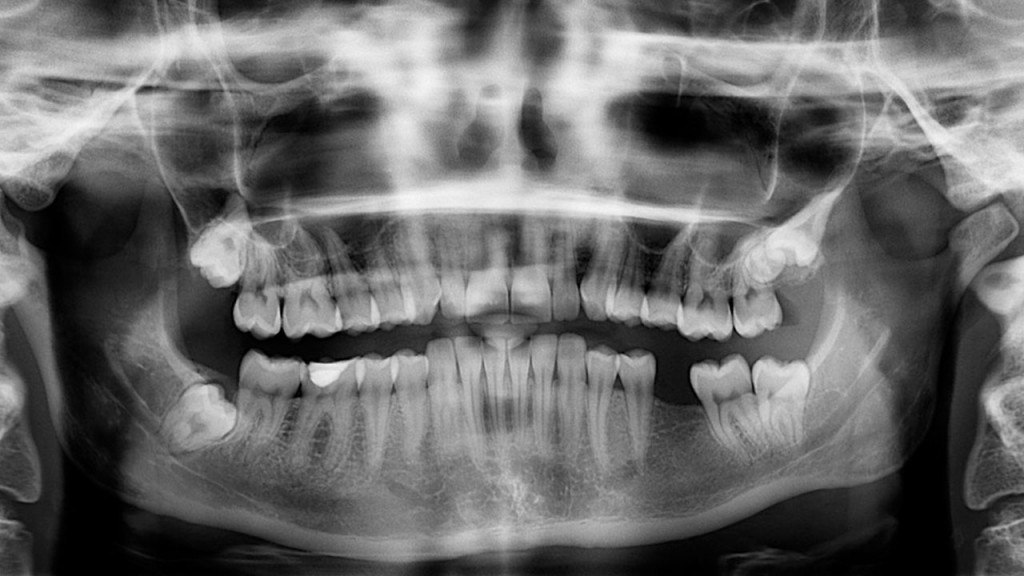 Edison worked on many experiments throughout his life, but this is one he’ll never forget. Clarence Dally an American glass-blower and Edison assistant while he was researching and experimenting with with X-rays. Edison was unaware of the dangers and innocently experimented on Clarence. In 1895 Clarence was poisoned by the effects of the X-ray. In 1900 Clarence was suffering radiation damage to his hands and face, and had to leave work. All of Clarence’s multiple treatments were unsuccessful, Clarence lost his left hand, and eventually died of Medicinal Cancer. Edison then abandoned his work on X-ray, and refused to talk about it saying, “Don’t talk to me about X-rays, I am afraid of them.” 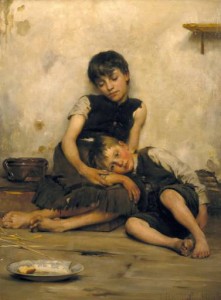 This study got it’s name from the monstrous way it was conducted. This study was conducted by Mary Tudor under Wendell Johnson. They took 22 orphaned children and gave them feedback on their speech. Half the children were given positive feedback, and the others were given negative feed back. The test was trying to determine the effects of positive and negative feedback on speech. Some of the children who were belittled for their mistakes when speaking suffered serious psychological damage and some had problems with speaking for the rest of their lives. His colleagues were disgusted that he would treat children so badly just for an experiment, and called it the monster study.

Gua was baby chimpanzee raised by two scientists as if she were a human baby. Luella and Winthrop Kellogg raised the chimpanzee as well as their real son as if they were twins. They wanted to see if the monkey would learn to act as human, by picking up our mannerisms, and maybe even learning to speak. The experiment went well at first, the chimp managed to walk on two legs, and even learnt to use a spoon when eating. Chimps mature faster than humans and it even started to learn things more quickly then the human and appeared to be smarter. However the experiment backfired eventually, instead of the chimp becoming more human, the human child began to act like a chimp. He didn’t learn a lot of words and actually started making chimp noises when communicating. 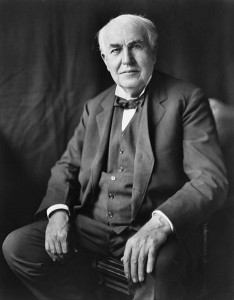 Edison was at a war with two other scientists about which type of electricity is best. Edison believed the direct current, or DC was best, where as Tesla and Westinghouse thought Alternating current, or AC was best. Alternating current was Tesla’s solution to a problem direct current couldn’t solve. It was a problem Edison asked him to solve under the pretence he would be getting the equivalent to millions in reward. Edison refused to pay, and dismissed AC, this started a rivalry between them. Edison wanted a way to prove DC was best. He heard of an elephant that had run rampant and was going to be executed. Animal rights activists protested that hanging was inhumane and wanted a different method. Edison had been looking for a way to prove that AC was dangerous and saw this as a good opportunity. Edison suggested electrocuting it with 6,600 volts AC, the elephant died in seconds. Edison had proved that DC was safer in front of over 1,000 people, and even tried to change the term electrocuted to “Westinghoused”.

Doctor Pours Vomit Into His Eyes 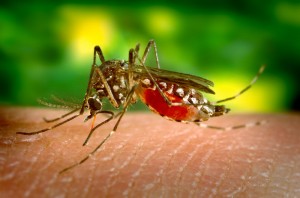 Ffirth was a trainee doctor famous for his insane way of studying yellow fever. While treating patients during an outbreak of yellow fever he noticed there were much less infections during the winter. In reality this is because the disease is spread by mosquitoes which hibernate during cold weather. Ffirth didn’t realize this and decided it was because the disease wasn’t contagious. To prove this he went to great lengths, he tried to take infect himself with yellow fever in any way possible. He drank the vomit of the victims, injected it into his body, poured it into his eyes, and breathed in the fumes. This appeared to prove the disease isn’t contagious but unfortunately he only dodged infection because vomit he used was from patients in the late stage of the disease which isn’t contagious. 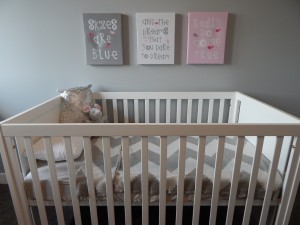 B.F Skinner was a Harvard Professor of Psychology made famous for the unusual, and badly received experiment he did involving his daughter. Skinner often had trouble bending down to pick up his baby out of it’s crib. Every time he bent over it would hurt his back. Skinner decided to try and build his own crib, that wasn’t so far down, and was actually attached to the wall at head level. The crib worked quite well, it made it easier for the parents to look after their child and was actually safer the baby in some ways as well. Unfortunately the public didn’t take kindly to Air Crib. People saw as a cruel pen, and renamed it Skinner’s Box. One article writer falsely claimed that it caused psychological damage to his baby, and led to her committing suicide, this was later refuted. 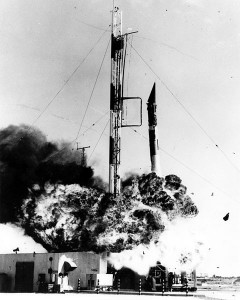 Project Vanguard was an experiment to try and send an artificial satellite into Earth’s orbit. They attempted to launch the Vanguard TV3 into space it was the first attempt at launching a satellite into orbit for the United States, and it failed completely. The small satellite was designed to test the launch capabilities of the three stage vanguard and study all of the environmental effects Earth’s orbit had on a satellite. The rocket launched successfully, for about two seconds and then crashed, ruptured the fuel tanks, then exploded. The rocket was almost completely destroyed, and the landing pad was severely damaged.

The Stanford Prison experiment hired 22 male college students for a week and got them to take part in a psychological experiment. Half the students were randomly assigned as prisoners and the other half as guards. The guards were take to the prison a day before the experiment started to pick out their uniforms, and set the place up. This made the guards feel as if they owned the prison. The prisoners were told to stay at home until someone came to pick them up. They were then picked up and arrested by the police in from of all their neighbours and transported to the prison. The guards could run the prison anyway they wanted and there weren’t any rules at all regarding the treatment of the prisoners. On the first day nothing really happened and the experiment was almost called off. The next morning the prisons started acting up and trying to revolt. The guards decided to try and keep them in line, they pulled prisoners out of their cells, stripped them naked, and then tied their feet up. The guards seemed to become completely different people after only a day of power. They treated the prisoners cruelly, and told them that food, and water were privileges, while thinking of many creative ways to psychologically torture them. Many of the prisoners had complete mental breakdowns, the ones that didn’t became zombies, mindlessly obeying and repeating what the guards told them. The experiment had to be cut short for the prisoners safety. 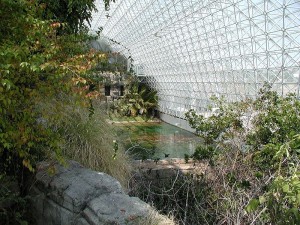 In 1991 5 scientists lived in isolation in a self sustaining biosphere known as Biosphere 2. They created a giant facility, over 3 acres, and the scientists would grow their own crops and plants. The facility was completely air tight, and most of the oxygen came from plant life. The experiment was highly publicised and the participants became celebrities for a while before they entered the facility. Barely any footage was shown of the experiment but partway through one person had to leave because they had accidentally cut themselves, and then returned carrying a duffel bag of what people speculated were supplies. This ruined the validity of the test for a lot of people. People also noticed that they dishonestly used a CO2 scrubber. Most of the participants it turned out had little academic training. Eventually it lost all credibility and even was put on a list of the 100 worst experiments of the century.