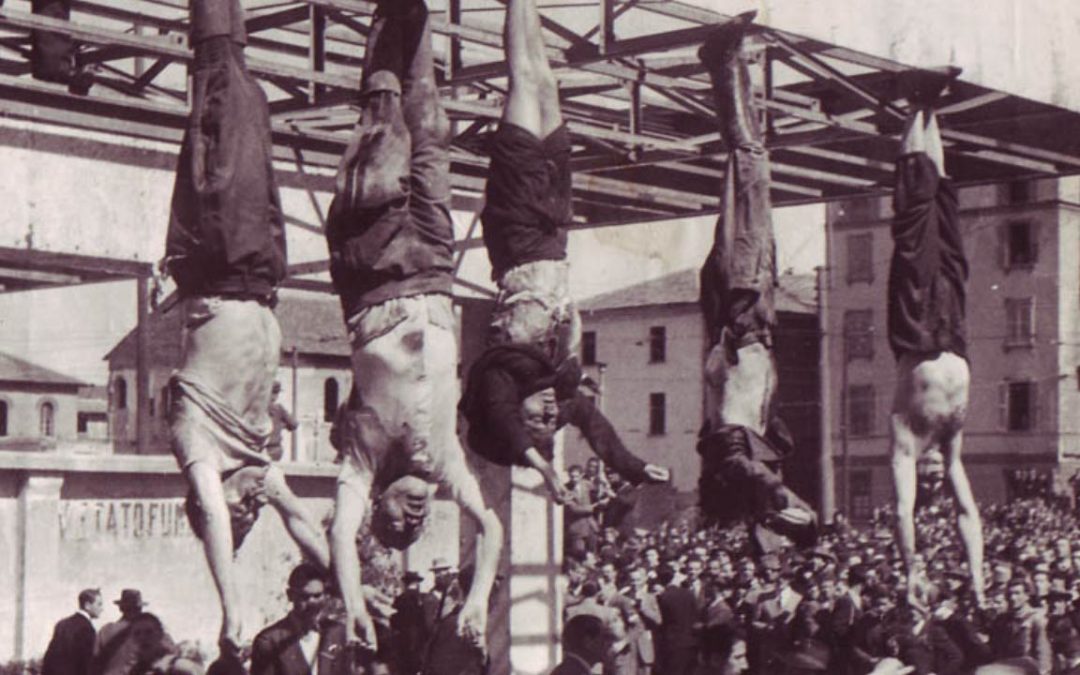 Dangerous jobs often boast high wages to temp applicants. The most high wage job in the world is dictatorship. To be a dictator is to possibly have access to the wealth of an entire nation. But more than that, control of it’s institutions. And if said dictator is skillful, control of it’s population. Like other occupations the first line of this introduction may have brought to mind, dictatorship is dangerous. There are many dictators who died violently, sometimes being killed by armed rebels and sometimes being assassinated by other aspiring potential dictators. Whether it be a quick execution or a slow torturous death here are 10 Dictators Who Died Violently.

Between 1978 and 1992 Afghanistan was a communist country. Armed groups immediately began to rebel against the government. So in 1979 the Soviet Union intervened militarily. For 9 years they suppressed rebels but were eventually forced to withdraw, and when they did withdraw it was only a matter of time until rebels overthrew the communist regime. By this time, Mohammad Najibullah was dictator of Afghanistan.

He knew they were screwed without Soviet support so he changed the country’s constitution in 1990, making it an Islamic state. But this wasn’t enough to save his government. His government collapsed in 1992 and the Taliban rapidly took power. They took Kabul in 1996, where he was. Refusing to leave the city beforehand he was beaten and dragged behind a moving car until dead. He was then hanged from a traffic post for all to see. The Taliban now held power in Afghanistan. 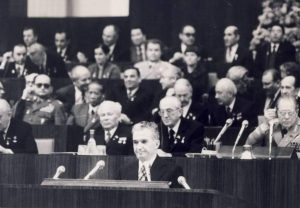 Nicolae Ceausescu was president of Romania between 1967 and 1989. He was a rigid Stalinist and had one of the world’s most brutal secret police forces. He came to be seen as a tyrant and also an incompetent leader as living standards harshly declined and as even the Soviet Union reduced their economic and cultural ties with Romania. Ceausescu had an incredibly persuasive cult of personality – but that would only last until people realised what state Romania had fallen into.

By the late 1980s he was openly hated. So like most of Europe there was a revolution that overthrew his dictatorship. He and his wife fled the capitol in a helicopter as revolutionaries stormed their palace. But they were soon captured and both put on trial. After being found guilty of genocide they were executed by firing squad immediately on taking position. It was Christmas day 1989 and they were the last official execution in Romania.

Xerxes was King of Kings, which is to say the king of Persia, Media, Egypt and all their collective territory. He was the most powerful man in the world; his empire was a superpower by comparison to other kingdoms. He’s remembered for his construction projects but mostly for his invasion of Greece, which saw his forces battle the Spartans at Thermopylae. The Persian side was devastated by a series of military disasters, which I imagine helped bring his bloody demise. In his mid 50s he was assassinated by his head bodyguard and a Eunuch. According to the traditional story they then blamed the murder on his son. The son was murdered but a different son of Xerxes discovered the conspiracy and had the Eunuch executed. 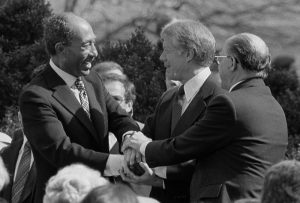 Anwar Sadat ran Egypt between 1970 and 1981 when he was assassinated. He played a senior role in Egypt’s 1952 revolution, which saw the country’s monarchy abolished. The king was exiled and Egypt was split into 2 country’s, the other being Sudan. While other revolutionaries fought over power, Sadat hid himself in the shadows. But he made sure to befriend whoever did win power. He was made Vice President and when the president died he was chosen as his successor. He wanted to be seen as a great leader, launching a war against Israel and regaining land lost in previous wars. He then signed a peace deal with Israel, for which he won the Nobel peace prize.

This combined with his efforts to westernise Egypt led to his assassination. A Fatwa was declared against him and in 1981 he was shot dead by a group of assassins. With AK47’s they shot into the crowd he was standing among until they were out of bullets. Eleven others were killed also. 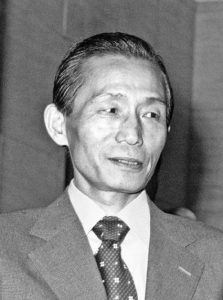 We think of North Korea as a scary dictatorship but there was a time when South Korea made them look soft. Between 1963 and 1979 the country was ruled as a military dictatorship. Park Chung-hee was it’s president and he was just as crazy as his northern rival. He had men imprisoned for growing long hair and ordered homeless people removed from major cities. They were sent to labour camps where many were worked to death. Those who refused to work would be tortured. Human rights abuses were common under park’s regime, which is one of the reasons his friends had him murdered.

His secret police were known to detain his opponents without trial and torture them. Everyone around Park knew he could turn on them at any moment. So in 1979 he was shot in the head and chest by his security chief. The assassin was executed soon after and South Korea transitioned into a democracy. In 2013 his daughter became South Korea’s first female elected president. But she was eventually forced out of office for corruption. She is currently in jail. Some families have reputations for a reason. 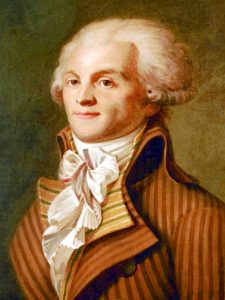 Maximilien Robespierre was a French revolutionary who gained power after the King was overthrown. He went into the revolution as an enlightened man, being against slavery and the death penalty. But as he gained more power he lost more of his mind to the point where he was just a crazy crazy paranoid crazy maniac. He allowed thousands of people to be killed in the terrors, which is strange for a man who opposed the death penalty. They basically killed anyone who disagreed with them even slightly. Robespierre soon established his own religion.

That’s when people realised how insane he was. It was called the cult of the supreme being and people were forced to organise festivals. Starting a cult is always dangerous, trust me. The arrest of Robespierre and several close allies was ordered. They attempted suicide before being arrested but only one was successful. Robespierre either attempted suicide or was shot by those sent to arrest him, sources differ. The shot did not kill him, but shattered his jaw, leaving him unable to speak. He was then executed by guillotine in an act of time stopping irony. 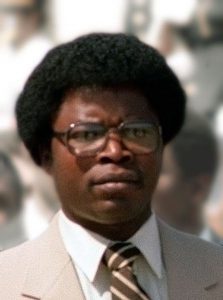 Samuel Doe might not have had the name or appearance of a brutal dictator – he looked like an accountant. He was a Liberian military officer who violently seized power in 1980. He murdered the previous president and immediately had countless political opponents executed. He then established a political party, with which he and 14 other maniacal soldiers would run Liberia. He hated the Liberians of American descent who held power in the country – so he started to restructure society in favour of indigenous Liberians. But this ruined their economy, sparking a civil war that devastated Liberia. Rebels took Doe prisoner within one year of it’s outbreak. He was lured to his capture by close colleagues who wanted him out of office. He was tortured for hours, having his ears and then fingers and toes, and finally his head cut off. 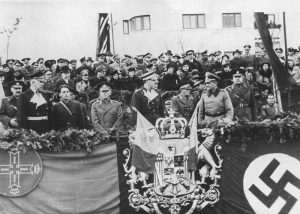 Ion Antonescu is the often forgotten ally of Hitler and dictator of Romania. Romanian dictators put themselves in great danger by seizing power – almost as much danger as being Kim Jong Un’s relative. A far right political figure, e came to power in 1940 and formed an alliance with Nazi Germany. He took part in the Holocaust and the invasion of Russia, neither of which ended well for him. He wanted a peace deal with the allies but before he could achieve this he was overthrown by a coup led by the king of Romania. He was then imprisoned by the Soviets until the Romanian communist party could force officials into finding him guilty. He, his associates, and his wife were soon found guilty and executed by firing squad. The Romanian monarchy was abolished soon after. 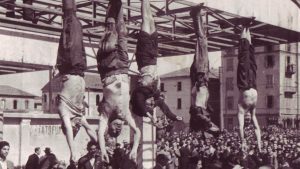 Benito Mussolini was an Italian man who loved Disney. He could often be heard loudly singing songs from Snow White and the seven dwarfs. He had a pet lion called Ras. But he was also a dictator, no joke. We all know who the guy was so I’m not sure how much detail I should describe him with. In 1945 he was killed by his own people, being captured by communist partisans and shot dead without trial. His mistress and close associates were afforded the same fate. Their corpses were then taken to Milan and hanged upside down at a gas station where a crow threw stones at them. One of the reasons Adolf Hitler commit suicide was to avoid this kind of death. 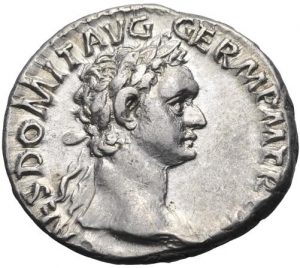 Domitian was the 11th Emperor of Rome and the last of a dynasty founded by his father. His father wasn’t like other emperors. He came to power from humble beginnings as he was a pragmatist who knew how to make allies. But Domitian was different. He was an authoritarian, paying little attention to what the Senate wanted. He stripped Senators of much of their power and came to be seen as a tyrant. He saw himself as a benevolent dictator who would lead Rome into a new age of enlightenment. He projected this with propaganda and gained popularity among citizens.

But the nobility hated him, especially those in the Senate. In 96 AD he was assassinated by close allies, being stabbed first in the groin and seven more times in the body. He was condemned as an evil tyrant and went down in history as that. I don’t know if it’s entirely accurate to call ancient emperors dictators but for the purposes of this article it’s good enough.

Our Video – 10 Dictators Who Died Violently: