Miyamoto Musashi is one of the most famous swordsmen in Japanese history. He fought over 60 duels without tasting defeat, but won using what many would consider underhanded or indirect methods. It’s not just his swordplay but his strategy that has inspired so many as to herald him as the greatest swordsmen in Japanese history. This is a list of 10 facts on Miyamoto Musashi.

His Early Life Was Harsh, but He Was Merciless

Miyamoto Musashi was the son of a samurai, who spent most of his time away from his family. Sometimes he would visit them, and normally taught Musashi about swordplay when he did. At 10 years old, Musashi’s mother had died, and his father had disappeared from his life completely. He was taken in by a monastery, but continued learning to use a sword. At the age of 13 and old sword student insulted him, so Musashi challenged the man to fight. Not only did Musashi defeat his opponent, but he beat him with his wooden sword until he vomited blood, and died.

At 16 He Fought In Japan’s Bloodiest Battle

At 16 Miyamoto Musashi left the monastery and began wondering Japan. He became a samurai under Ashikaga Clan, and fought the famous battle, Sekigahara. Although, there is no hard evidence to place him in the battle, there are some accounts. One account stated that, even though he was only 16, Musashi’s achievements stood out among all the other samurai, and he became quite well known. If Musashi did fight, he was on the losing side of a bloody fight. The fighting was intense, and ended in a massacre for the Ashikaga Clan. Musashi found himself caught up in that mess, but somehow managed to escape. For the 16 year old samurai it must have been  shocking, and traumatising event. After this he was left without a master, and so traveled Japan as a masterless samurai; no longer a samurai, but a ronin. 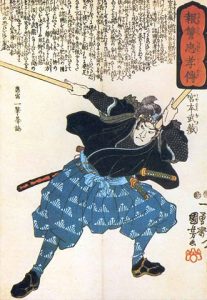 Four years after the battle of Sekigahara, in 1604 he fought against Seijuro Yoshioka. Seijuro was the head of Yoshioka Clan and agreed to fight Musashi while they both used wooden swords. They also agreed that the fight would end in a single blow. Hours went by after the duel had supposed to have started but Musashi was nowhere to be seen. He turned up deliberately late in order to make Seijuro angry. Musashi struck with his bokken, and not only managed to strike Seijuro but broke his arm with that single strike. Out of shame, Seijuro stepped down as the head of his clan, and became a monk. 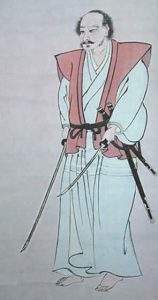 Miyamoto Musashi’s victory dealt a heavy blow to the Yoshioka Clan’s reputation. In order to rectify this, and regain their reputation, Denshichiro Yoshioka challenged him to a duel to the death. Denshichiro had become the new head of the Yoshioka Clan, and was Seijuro’s brother. Challenging him to this duel was the only way to restore their reputation. Denshichiro fought using a real Katana, but Musashi turned up with a wooden sword. Once again the battle was decided by a single blow, Musashi smashed his head with the wooden sword and killed Denshichiro. 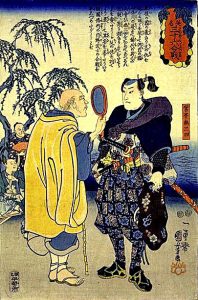 Next was his final and bloodiest battle against the Yoshioka Clan. The 12 year old Matashichiro Yoshioka was now the clan head, and also challenged Miyamoto Musashi. However, they requested the duel took place in the middle of the night. Everything about the duel seemed odd, so it was possible that it was actually a trick. Musashi arrived early this time, and then hid and waited for his opponent to arrive. Hours before the duel was supposed to start, his opponent arrived, but so did a group of other samurai, who then proceeded to hide in the area. Obviously the child was only bait, meant to trick him into being ambushed. Musashi waited for the time of the duel, and then rushed out, and chopped off Matashichiro’s head. He was then surrounded by the other samurai, but picked up a second sword and fought his way out to escape. This was the end of the Yoshioka Clan. 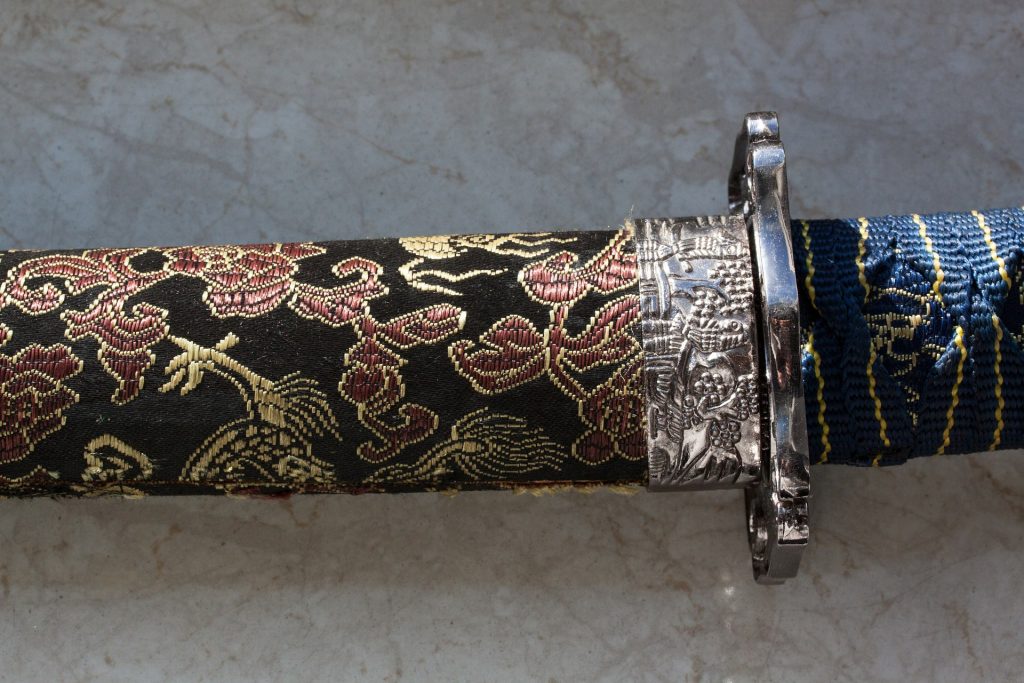 After the incident with Matashichiro Yoshioka he began to work on a style of sword fighting that uses two swords instead of one, it was called the nitō ichi-ryū. It can be roughly translated as “the school of the strategy of two heavens as one”. The style uses a katana in one hand, and a wakizashi, which is basically just a smaller katana, in the other hand. Musashi eventually had 1000 students, but only passed on this style to three of his students.

Musashi Was An Artist

Musashi wasn’t just a swordsman but also a great painter, and artist. He encouraged others to learn and practice a variety of arts. He used black ink on brown paper, and normally depicted animals among nature. He writes that he used the virtue of strategy to paint and perform other arts, and never had a teacher. His chosen style was called sumi-e, a minimalist style of ink painting. He believed that art and strategy were closely linked and wrote about this in his famous work on strategy the Go Rin No Sho. 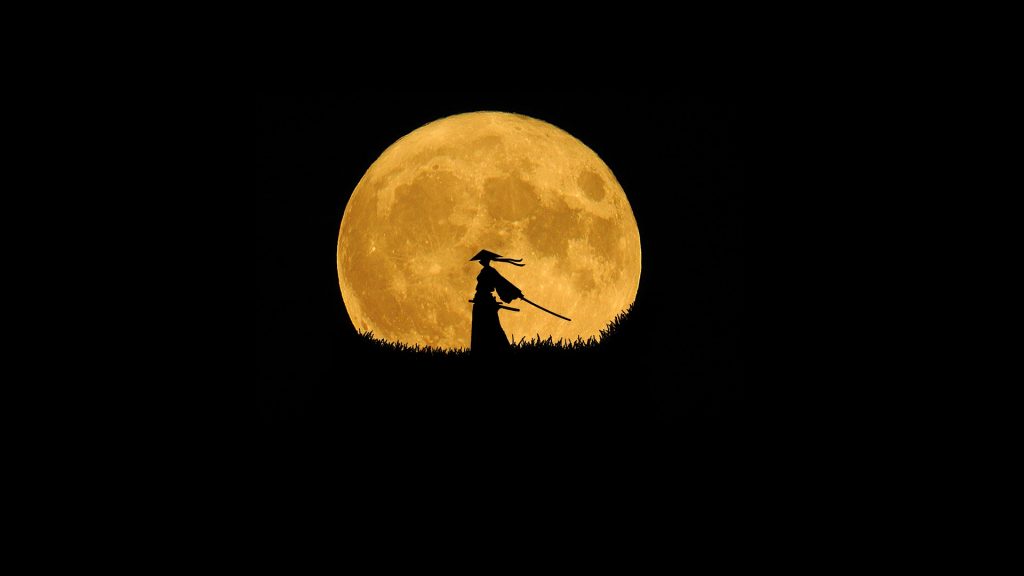 Miyamoto Musashi is said to have rarely bathed, or even changed his clothes. This combined with the fact that he was constantly training hard, and lived in a hot country, while travelling, means he must have smelt absolutely appalling. In a way this helps show his dedication to training swordplay and the various arts he practiced. No time for baths, training is all he was interested in. Perhaps this gave him an advantage in duels, by overpowering his enemies senses. Or perhaps it caused them to underestimate him, by appearing homeless and impoverished.

The Defeat of Sasaki Kojiro

Perhaps the most famous duel Musashi ever fought was against Saski Kojiro. Saski Kojiro was known as the Demon of the Western Provinces, and had a fearsome reputation as a swordsman. Musashi dueled him around the age of 30. He arrived late to the duel, as he usually did, and appeared unkempt. Which is unsurprising since we know he didn’t really like to bathe. Sasaki wielded a Japanese greatsword known as a nodachi. Musashi, rather strangely, was wielding a wooden sword, he had literally carved out of an oar on the way to island the duel would take place on. Even using a wooden sword, Musashi was able to defeat and end up killing Sasaki. Since his weapon was made from an oar, it actually gave Musashi a considerable reach advantage, which he used to cut Sasaki’s throat. This enraged Sasaki’s supporters on the island, who chased after Musashi and forced him to flee.

After his duel with Kojiro, he went into the service of Toyotomi Hideyoshi, and fought in the battles of Osaka castle, against Tokugawa Ieyasu. Both battles were lost, but Musashi did manage to survive. After this he retired, and began teaching martial arts, and worked in construction. When he began getting on, and felt his death might be near, he retired to a cave where he began working on Go Rin No Sho, the book on strategy and swordplay that would make him a legend. The book is still read today by swordsman and non-swordsman alike. If you enjoyed this list then check out our list on the 10 greatest swordsmen in history.