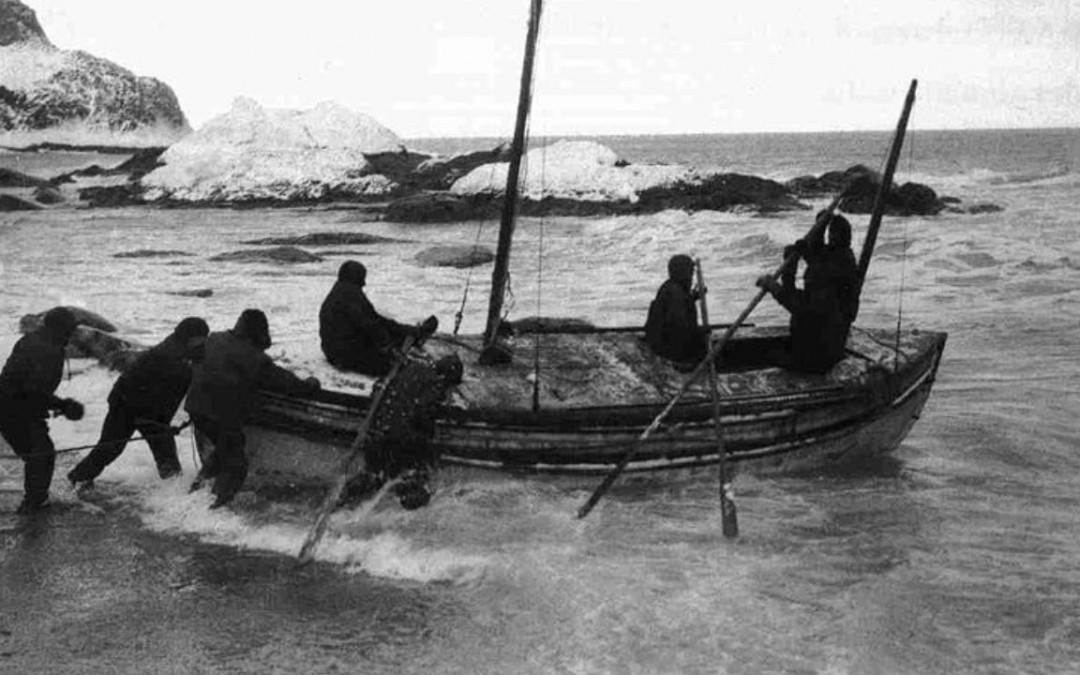 Antarctic exploration has always fascinated me. The thought of a time when the continent had not yet been fully discovered. Hundreds of Islands and mountain ranges still needed to be mapped out, and there was only one way to do that. You’d need to travel to the Antarctic. But it’s notoriously difficult for humans to survive in the Antarctic climate. Even if your journey was successful it wasn’t uncommon for several members of the crew to perish during the expedition. And there are dozens of failed Antarctic expeditions to remember. Some are now incredibly famous simply because they failed – whereas some are largely forgotten. It’s a terrible fate to freeze to death. One that many met. Here are my top 10 failed Antarctic expeditions from history. 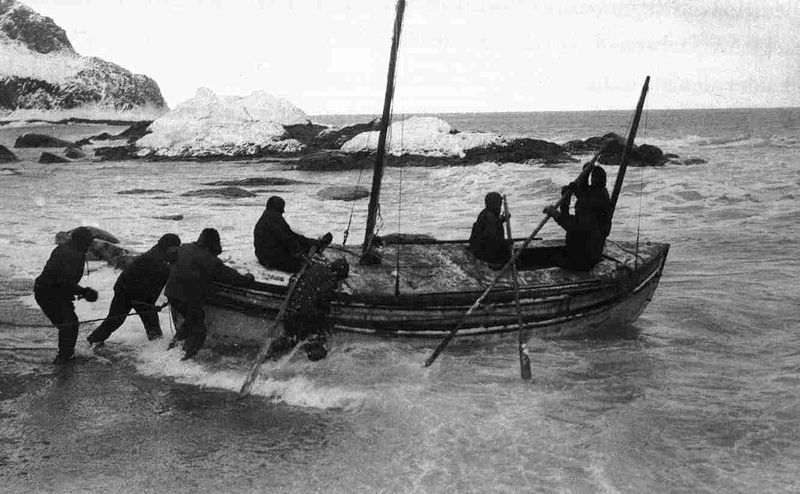 The Imperial Trans-Antarctic Expedition is remembered as a true tale of disaster, survival, and heroism. Led by Sir Shackleton, their quest was to be the first crew to make a full land-crossing of the continent. Shackleton had previously led a failed expedition to the North Pole, and decided to try again, but for the south this time. This simple decision led to one of the most interesting failed Antarctic expeditions in history. They brought 50 dogs with them on their journey; the dogs added to the mayhem of it all. Shackleton’s expeditions were not known for being well organised. When reaching land, their ship sank into the icy waters. This was a disaster as it left them stranded on a big block of ice. They stayed on the ice for nine months, drifting through the ocean. But they eventually decide to use the lifeboats. Using the boats, they sail to a nearby island. After that, Captain Shackleton and a few others then did something amazing. In one of the lifeboats, they set out on an 800 mile journey to find help for their crew back at the island. This journey was a success. And was one of the greatest moments of any expedition of all time, let alone of any failed Antarctic Expeditions. 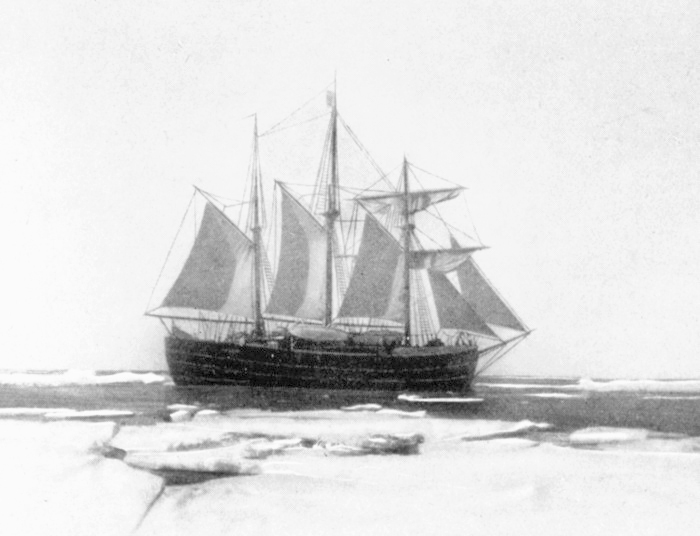 The Japanese Antarctic Expedition left Tokyo in 1910. Japan is an island nation so it’s population has always produced good sailors. But this time they weren’t too successful. After several months of sailing, they reached an island off the coast of the Antarctic. However, the harsh weather conditions prevented them from being able to go any further. Over the next few years there were a series of failed Antarctic expeditions by Japanese crews, non of which got very far. I guess the Antarctic just wasn’t the place for Japanese explorers. Or most other explorers if we’re being honest. 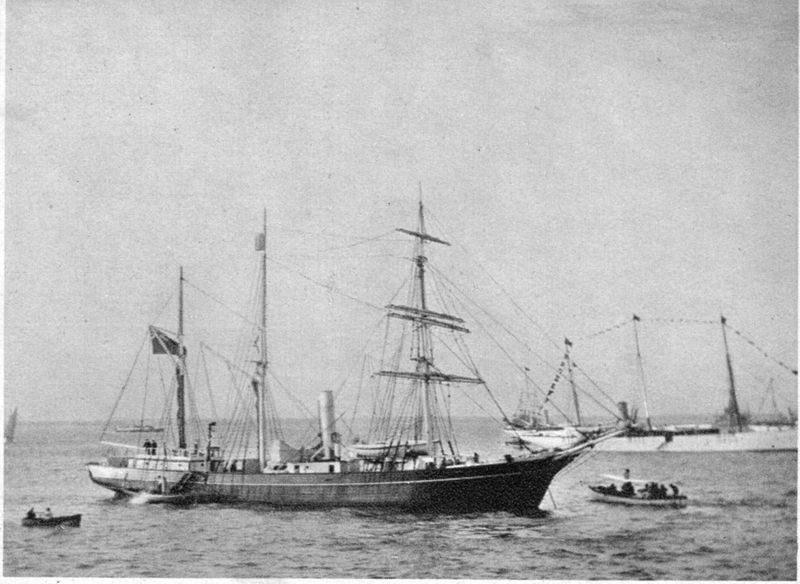 The Nimrod Expedition is one of the many failed Antarctic expeditions that were by no means disastrous. This was another expedition led by Sir Shackleton. I suppose he must have been famous for his failed Antarctic expeditions back in the day. The goal of this one was to be the first humans to reach the South Pole. They simply didn’t achieve this – but they were of some use while in the Antarctic. They got further than anyone else ever had before, just 112 miles from their planned destination. They were also the first humans to climb Antarctica’s second biggest Volcano – so they did have some fun. 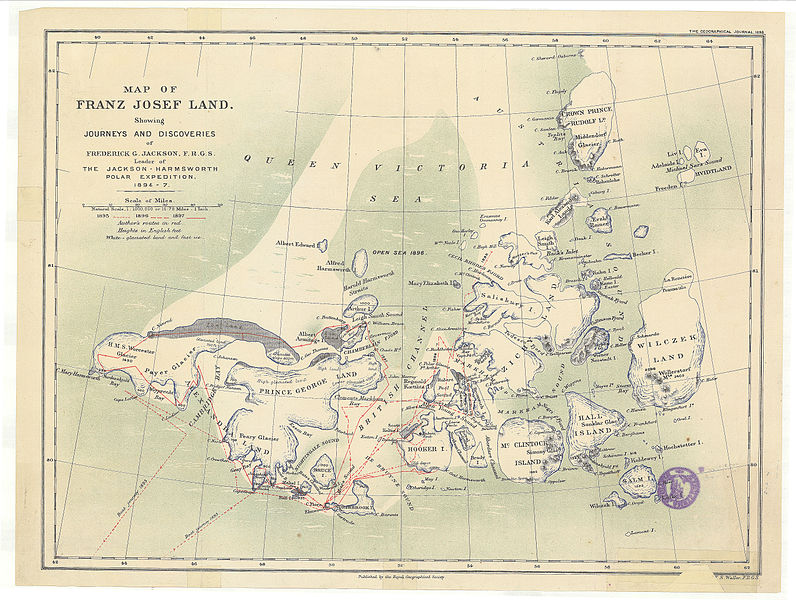 The Jackson–Harmsworth Expedition was just bizarre. First of all, the expedition didn’t even make sense. The expedition was to the Franz Josef land, which is a group of islands near to Antarctica. It was believed that the Franz Josef Land was connected to the continental mainland because those involved had been misled by false maps. So they arrived at the islands only to realise that it wasn’t connected to Antarctica. In 1896, they discovered that someone else was living on the islands. It was a man who became separated from his own expedition crew one year before. It’s one of the weirdest failed Antarctic expeditions ever. Ever.

Richard E. Byrd was an American military officer who is remembered for his Antarctic exploration attempts. He made 2 big journeys to Antarctica. His first one was very interesting. The goal was to set up a base near the South-Pole so that they could carry out a series of ‘sub expeditions’. It was a huge operation, bringing two large ships and three airplanes. They used the planes to reach the South-Pole whenever they wanted. His second expedition was a lot less successful. His goal was to spend a period of time in the Antarctic doing meteorology research. He camped there alone for a number of months but his plans were cut short when he fell seriously ill and was forced to return. 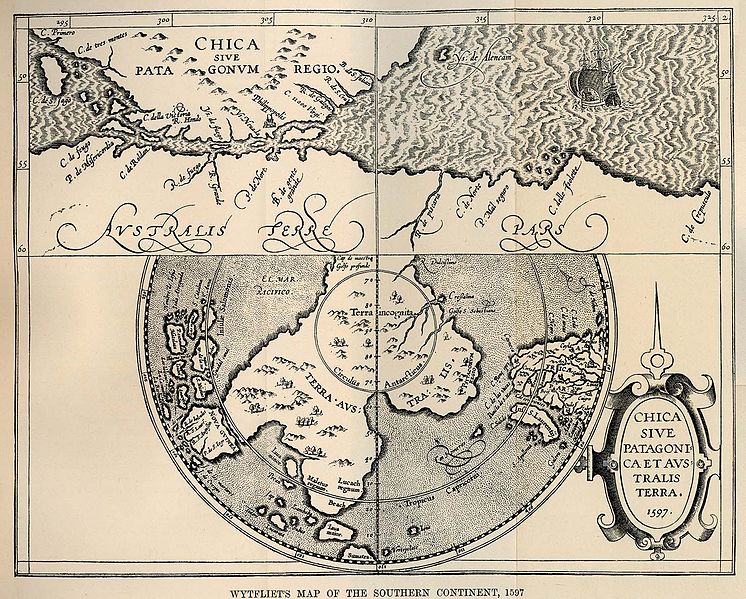 The First French Antarctic Expedition was a sort of success/failure. It’s success was a massive fail for those involved. Now, that may sound quite strange but you’ll understand it. Yves-Joseph de Kerguelen-Trémarec was an accomplished French explorer who wanted to find Terra Australis. Terra Australis was a legendary continent which was believed to exist near Antarctica. We now know that it simply doesn’t exist – but back in the 18th century, it was even drawn onto maps. So a number of failed Antarctic expeditions were made in attempts to map out the land. Yves-Joseph de Kerguelen-Trémarec found a small group of islands while searching for the Terra Australias. persuaded the King of France to send him back to the islands in 1773. He told the King that they were incredibly valuable and would make a great territory. So when the king learned that they were just a bunch of worthless uninhabited and isolated islands… he ordered Yves-Joseph de Kerguelen-Trémarec to be imprisoned. So he was ultimately unsuccessful in finding the legendary continent. During the French revolution he gained his freedom once again! 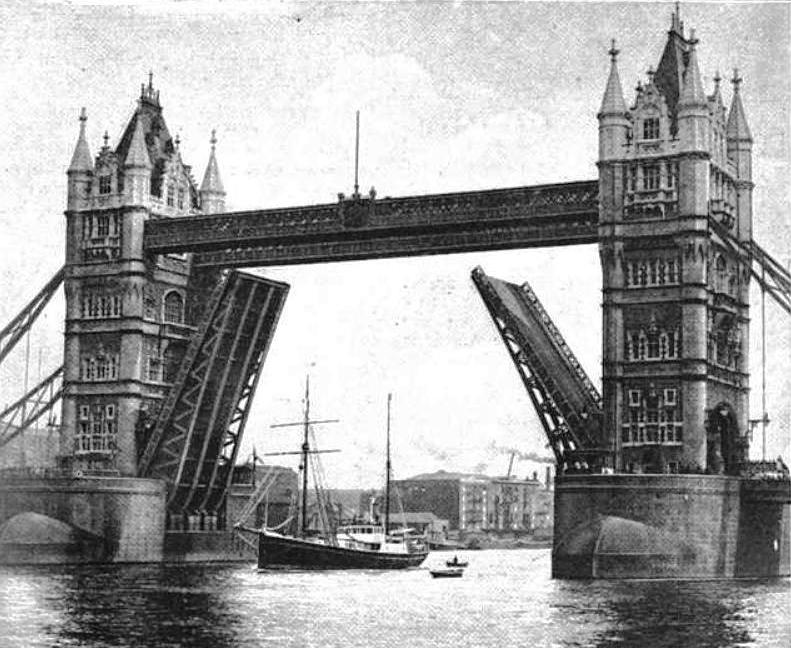 Shackleton–Rowett Expedition was yet another of the failed Antarctic Expeditions led by Sir Shackleton. Sir Shackleton is basically my hero at this point just because he kept trying these expeditions. It was last last expedition of what they call “The Heroic Age Of Antarctic Exploration.” The original aim of the crew was to reach the North Pole. But the Canadian officials weren’t as helpful as Shackleton had hoped. So he changed the plan to reaching it’s southern counterpart. But it really wasn’t long before they realised their ship was not up for the challenge. It was just too small, and not nearly strong enough to withstand the harsh conditions. Sir Shackleton unfortunately died aboard the ship. His crew continued their expedition southward for a while after his death. They ultimately failed.

This one is rather more sad than the others on the list because it is so recent. Henry Worsley was an officer in the British Army and a famous explorer. On the 24th of January 2016, he died while attempting to become the first human to cross the Antarctic alone. He was 70 days into his journey across the continent, which he was mostly doing to raise money for charity. He had already raised over 100 thousand pounds for charity and was well respected for it. Several years before this, he was part of another expedition to retrace one of Sir Shackleton’s journeys! Anyone who idolised Sir Shackleton is bounds to see many failed Antarctic expeditions of their own. 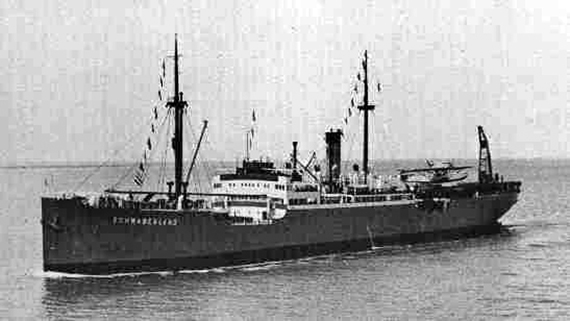 The third German Antarctic Expedition was an Antarctic mission by Nazi Germany. It was 1938 and the Nazis new they may soon be drawn into a long war against Britain and France. With this in mind they decided to set up a base in Antarctica. So they send a team down to the Antarctic land controlled by Norway. The point of the base would be to collect whale oil, which was incredibly useful and valuable in the 1930s. They also wanted to set up a military base there. The team basically just scouted out the area with planes before fleeing back to Europe when the Norwegian government learned of their presence. So it was basically just a waste of time. 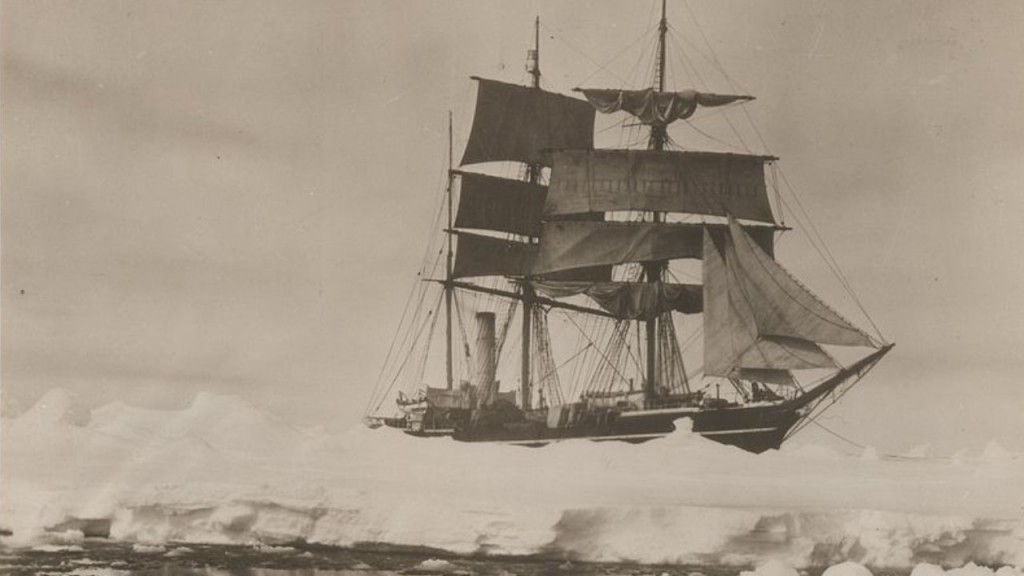 The Terra Nova Expedition is probably the more well known than any other failed Antarctic expeditions. It was a true disaster, with no crew members surviving. Their goal was to be the first humans to reach the South-Pole. But they were racing against another team of explorers who wanted the same prize. It was a 2 year expedition, and then did eventually reach the South-Pole. However, a different team reached the pole just 34 days before them. This was a devastating loss. But their return trip would be much more devastating… because they all died. By pure coincidence, they were met by some of the most deadly weather conditions on record. The expedition’s leader wrote his last diary entry on March 29th 1912. It read like this: “I do not think we can hope for any better things now. We shall stick it out till the end – but we are getting weaker, of course. And the end cannot be far.