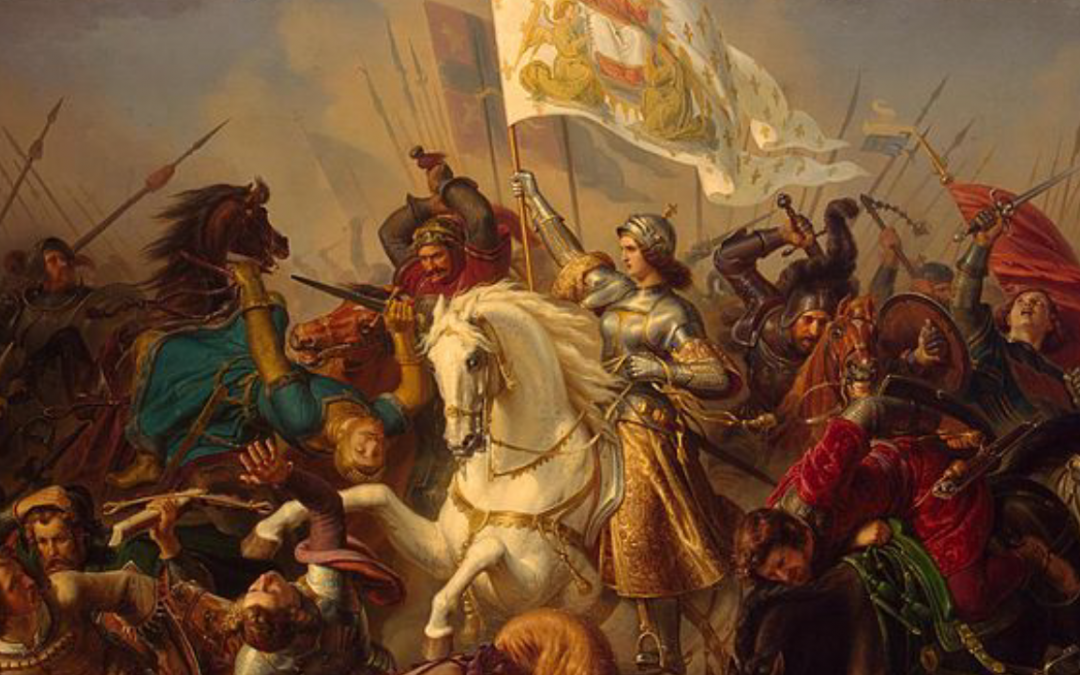 When it comes to great political or military leaders, mainstream culture tends to focus almost entirely on figures who happen to be men. But there have been many rebellions and revolutions led by women. Female revolutionaries have helped shape the history of entire nations, changing history in real time. Be they socialist campaigners like Rosa Luxemberg who fought to build a socialist utopia, or nationalist soldiers like Emilia Plater.

Even in ancient times, some of the greatest rebellions were led by women. Joan of Arc and Boudica spring to mind. Their rebellions were so successful they are still today the subject of nationalist depiction in England and France. From them to less known female revolutionaries, we now look at some of the most interesting to ever live.

In 1950, Blanca Canales led a rebellion against the United States. She was leader of the Puerto Rican Nationalist Party in the town of Jayuya and demanded Puerto Rico gain full independence from the US government. Seeing the island as a victim of colonialism, much like Haiti or Cuba, the party exploded into a series of rebellions that lasted from 1950 to 1954. One of such revolts took place in Jayuya. For three days, Blanca Canales and other party members took control of the town.

For months leading up to it, she had carefully stored weapons inside her home, to be used in the uprising. It was intended to be just one part of a full blown revolution across the island. But not enough people joined the revolt and it was swiftly suppressed by the overwhelming government forces. Afterwards she was arrested on suspicion of murdering a police officer. After17 years in prison Canales was pardoned by the governor of Puerto Rico.

Fulvia was among the most powerful women of ancient Rome. She achieved this by influencing the three husbands she married at one point or another. All of such were successful politicians, but the most prominent was Mark Anthony. This era was famous for it’s power struggle between Mark Anthony and Augustus Caesar, but so much surrounding their conflict is overlooked. Fulvia is a victim of this oversight. She raised eight legions and rebelled against Augustus, and for a brief period of time, they took Rome. Fulvia is one of the few people in history to successfully siege control of Rome militarily. Although the rebellion was soon crushed by Augustus and Fulvia exiled, her efforts have never been forgotten.

Emilia Plater is known as the “Lithuania’s Joan of Arc” – and for good reason. She was born in Lithuania, which as the time was part of the Russian Empire. Until recently before her birth it had been part of an independent state known as the Polish-Lithuanian commonwealth. Plater was raised by traditional aristocratic parents who still felt loyal to that old state, rather than to Russia. So when in 1830 there was a massive uprising in Poland, she joined it. Raising her own small military force, Emilia Platter took part in multiple battles, risking the lives of both her men and herself. The uprising was crushed in 1831 and she died with it. But in death she became a martyr of the lost cause, becoming a national hero of Poland and Lithuania.

Laskarina Bouboulina had a pretty long name, and an even longer list of achievements. Like a lot of Greek rebel fighters she found employment in the Russian military. In fact she became the first ever female admiral of the Russian navy, although she was only awarded this rank after her death. It was a strange death. Her son had ran away with a woman from a noble family, resulting in a family fued that somehow ended with Laskarina Bouboulina being shot dead.

But in life she was a hero of the Greek war of independence, fighting many battles against many opponents from the Ottoman world. When her husband died fighting pirates, she took over his estate and used the money to buy ships. She then used these ships to fight the Ottoman overlords of Greece. Hence her nickname, “the captain”.

Celia Sánchez was a good friend of Fidel Castro and played a public role in the Cuban revolution of the 1950s. She performed multiple roles during the revolution – everything from founding her own combat squad to supplying other revolutionaries with information and resources. At one point she was even a messenger, which is much more dangerous than it sounds. After the war she became one of Castro’s most trusted confidants, and an important figure in Cuba’s modern cultural identity.

Inessa Armand was such a close friend of Vladimir Lenin that it was rumored they were lovers. Historians still debate the nature of their relationship but, at the very least, she was important to him. Despite being French, she was appointed to a number of prestigious positions on Lenin’s Bolshevik Russia. She was first the leader of Moscow’s economic council.

Later, she led a women’s equality organization set up by the communist party. It is in this role she would be most comfortable, dedicating to it the rest of her life. It’s fair to say she’s just one of the many female revolutionaries idealized in the Soviet Union. I could have included any of such figures in this article, but hers was lesser known enough to warrant entry.

Similar to Emilia Plater, Qiu Jin is popularly known as “China’s Joan of Arc”. Like Joan of Arc she was executed by government forces after a rebellion. Coming up through secret revolutionary societies, she became known as an excellent public speaker and an elite sword fighter. In 1907 a fellow revolutionary was arrested and confessed that their group was planning an uprising against the Chinese monarch. Jin was arrested in connection – and, after refusing to confess herself, was beheaded. Other names she is remembered by include The Dragon and The Knight of mirror Lake.

Ani Pachen was a Tibetan nun who became a warrior in order to resist the Chinese annexation of Tibet. This came after Chairman Mao’s communist forces won the Chinese civil war, turning their attention to Tibet in 1951. Pachen was the only child of a powerful chieftain, and ran away when he arranged a marriage for her. This seemed to gain her his respect. He trained her in all military matters. As his only child, she he saw Ani as the heir to his position. And she did inherit his position when he died in 1958.

By now Tibet was firmly within the grip of China’s new government. But there was resistance. High in the mountainous regions of Tibet, numerous rebel groups and chieftains operated in secret. Ani Pachen used her new position to gather a force of 600 warriors on horseback, and by use of guerrilla tactics, attacked the Chinese military. With support from the CIA, they posed a serious hindrance for advancing Chinese forces. But it would not last. Being such a small force, it was only a matter of time until they were captured. It was only after spending 21 years in prison. She was just one of countless female revolutionaries specifically held until the death of Chairman Mao in 1976.

Nehanda Charwe Nyakasikana isn’t exactly a world famous name. But she remains one of the most respected female revolutionaries of all time. As one of Zimbabwe’s most important spiritual leaders, she took in upon herself to lead a rebellion against the British colonials. It was the mid 1890s and the British South Africa Company was expanding it’s dominance across that region of Africa. Leading native forces, she drove many European settlers away from their homeland. She declared what the white man would be fully driven away from their land, and she would then transform their weapons into water, so that the land could heal. But then the rebellion was suppressed and she was imprisoned by the British. In 1989 she was executed by hanging.

Perhaps more than any other female revolutionaries, Rosa Luxemberg was idealogical as a hero by communists since her death in 1919. A self taught Polish woman, she became a leading Marxist thinker, mixing in revolutionary circles in France, Switzerland, and Germany. In 1915 she was living in Germany, and co-founded the Spartacist league. It was an anti-war and revolutionary socialist organization, famous for their uprising in January of 1919. It began with a workers strike, but soon saw armed battles break out between police and the league. Fearing this would be the start of a mass socialist revolution, the government sent in the Freikorps, an elite military unit, who made short work of the Spartacist league. Rosa Luxemberg was captured and executed without trial, her body being dumped in a local canal.