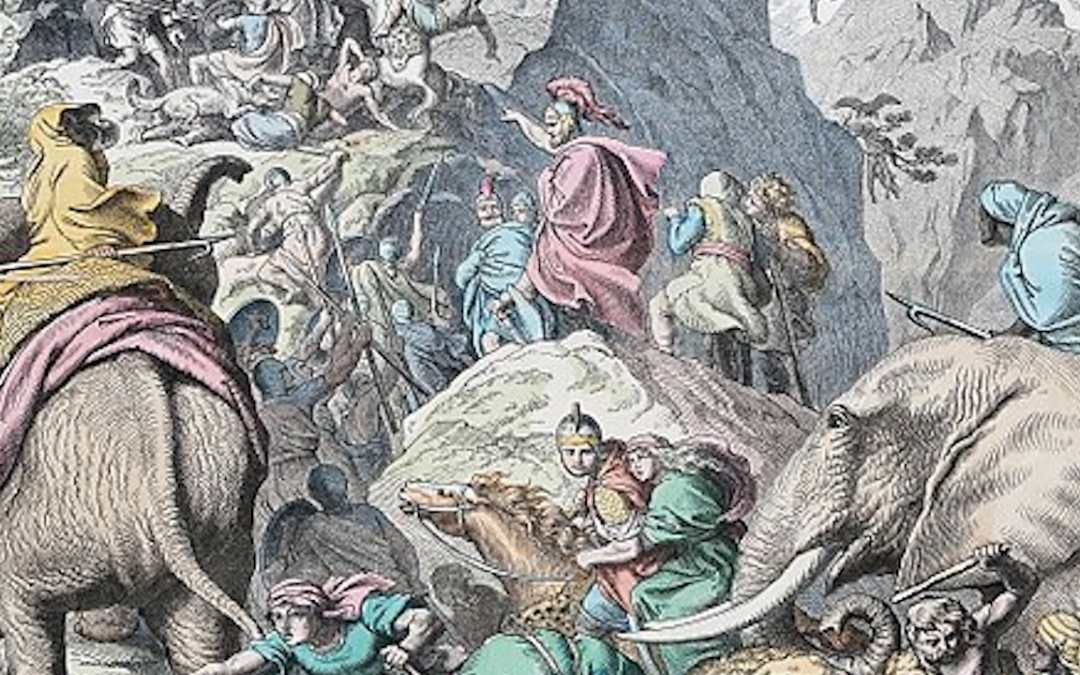 Carthage was once the premier empire of the Mediterranean sea, it’s power outweighing Rome by a long way. Truly an empire of the sea, Carthage possessed a navy before it’s time. Their trading network stretched from the edges of western Europe to the known edges of Asia. Massive wealth flooded into their capital city of Carthage, enabling their expansion across North Africa. At it’s peak Carthage stretched from Spain to Sicily and from Libya to Corsica. How did they achieve such expansion? It was down to great Carthaginian leaders willing to risk their lives for fame and fortune. Carthage now is best remembered for the several long and hard fought wars against Rome, which at that time was something of an underdog. The Mediterranean could have only one great empire, and so one of them was destined to be completely destroyed by the other.

Eventually Rome did destroy Carthage, wiping out almost all historical and archaeological records. Yet we still know quite a bit about this once great civilization. Their society and system and government were unique. So it’s not wrong to assume that it’s sons and daughters would be equally unique to match this. Today we look at some of the great Carthaginian leaders, from kings and generals to wise noble women. 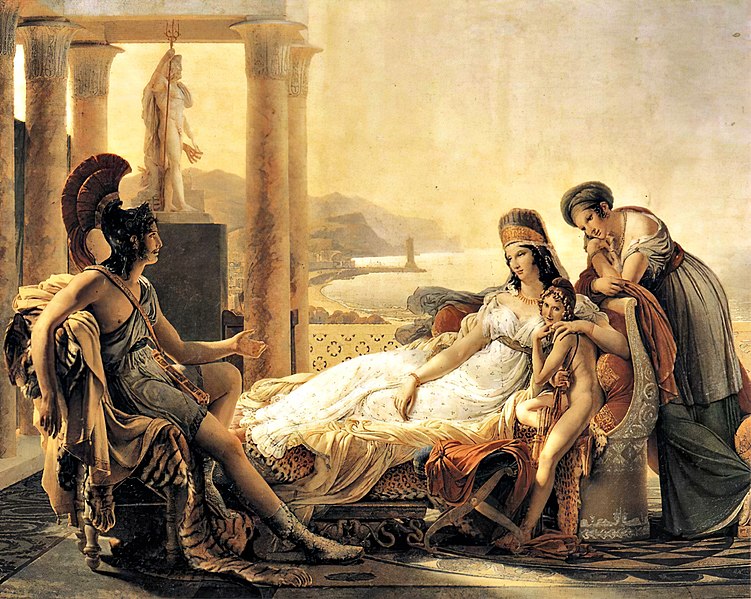 Many of the great Carthaginian leaders were actually female, with Dido being a prime example. According to Carthaginian tradition, she was the first queen and founder of Carthage. She was a resident of the city state of Tyre, in what is now Lebanon. But when a tyrant took control of the city she fled to North Africa. Here she established a new city state, building it from scratch. She was intelligent and wise beyond her age, seeing the city become rich under her leadership. It is said she founded the city around 70 years before Rome was, giving Carthage a clear head start. Little detail is known about Dido, but most historians agree she seems to have been a real person. 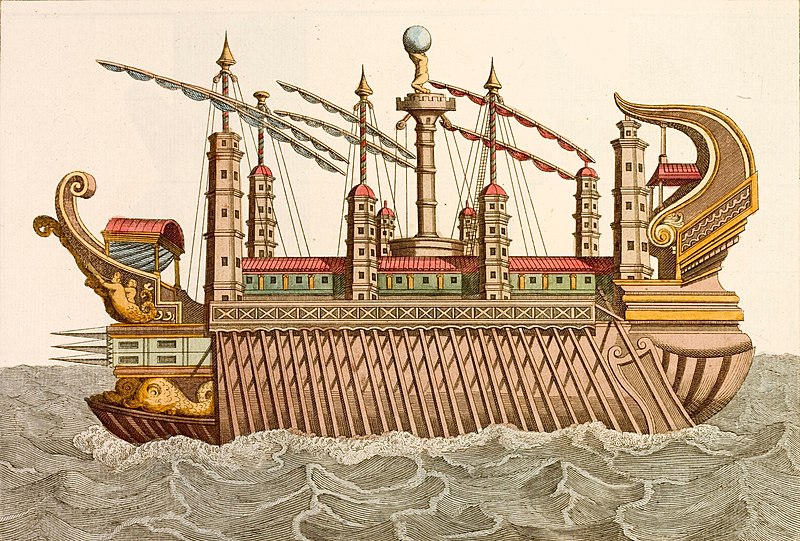 He might not have been a wartime leader of a king of Carthage, but Hanno was great in his own way. Given charge of a naval fleet, 60 ships were under his command when Hanno set sail. An explorer, he ventured south along the west coast of Africa. Hanno is actually the first known to document reaching many of the areas he did. It would be over a thousand years before Europeans reached such areas. It is thought he reached as far south as Gambon. With 30 thousand men joining him on the journey, it’s fair to peg him one of the better Carthaginian leaders. Hanno even left a written record of his journey, describing prominent landmarks they encountered. One of such was a distinct mountain in Guinea. 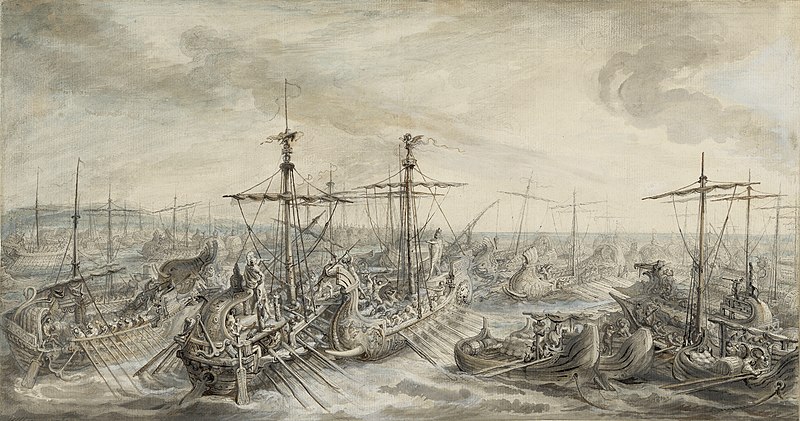 Hamilcar Barca was the father of Hannibal, the legendary wartime leader who led troops into the heartland of Rome. Overshadowed by his brave son, Hamilcar was a badass in his own right. He grew to hate Rome during the first Punic war. During it he commanded the Carthaginian ground forces in Sicily, the most important disputed territory at the time. It was there the most bitter and bloody fighting took place, and no doubt where he grew to despise the enemy. Eventually Rome drove Carthage off the island.

But Hamilcar was not ready to live a life of humiliation. He led a new force of Carthaginians to Spain, taking control of new lands. From then Carthage possessed much of Spain’s land as part of it’s empire. This new land made Carthage even more wealthy, being rich in gold mines. He later died in battle, but not before teaching his sons to always hate Rome. Several of his sons are not remembered as great Carthaginian leaders also.

7: Hanno I the Great 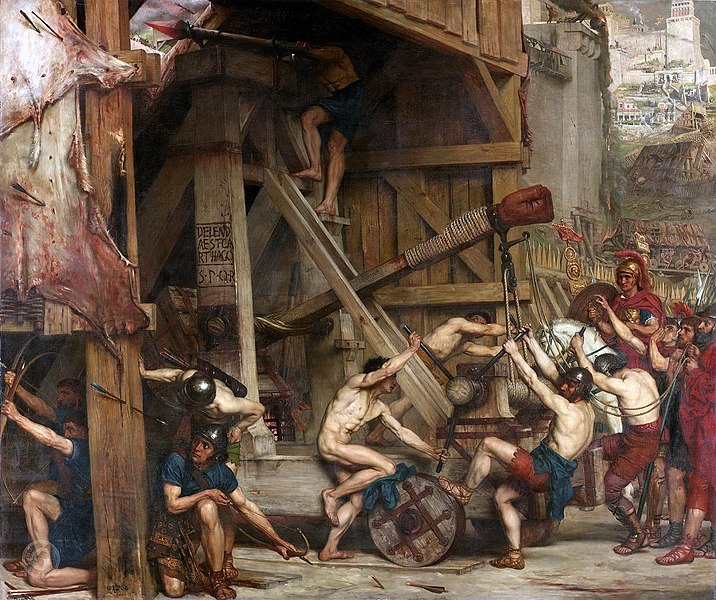 Hanno I the Great was a military leader famous in his time. During his lifetime Sicily was not ruled by any one empire. Instead there were Greek, Italian, and Carthaginian cities each with their own loyalties. But the Greeks were growing more powerful, and looking to attack Carthage-allied cities within the island. In order to avoid this, Hanno led a fleet of 200 Carthaginian ships to defend their allies. Crushing the Greeks, Hanno became the most prominent figure of Carthage. But he flew too close to the sun, amassing more power than he should have. Hanno was eventually accused of treason and tortured to death. An unfortunate end for such a great man. 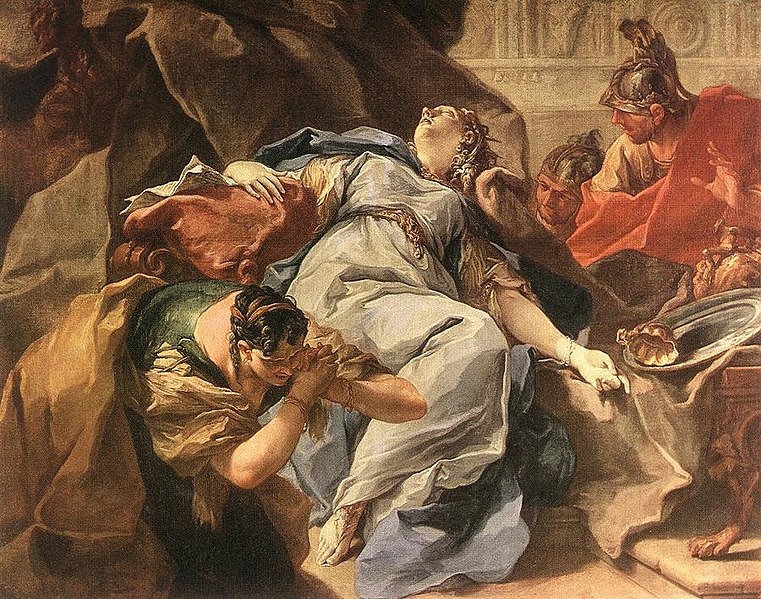 Sophonisba may not have held an official position like the other Carthaginian leaders on this list. But what she lacked in formal recognition she made up for in political influence. The daughter of an important general during the Punic War, she gained significant power behind the scenes. At a time when Rome was invading north Africa, she was married off to a local king. This secured a new alliance and thousands of soldiers for Carthage. The king was secretly allied with Rome and planned on double crossing Carthage. But Sophonisba was able to convince him not to. Eventually Rome was victorious in the war, completely destroying Carthage. Knowing it was over, her king husband decided to turn her over to the Romans. Like a true Carthaginian woman she took her own life before this could unfold. 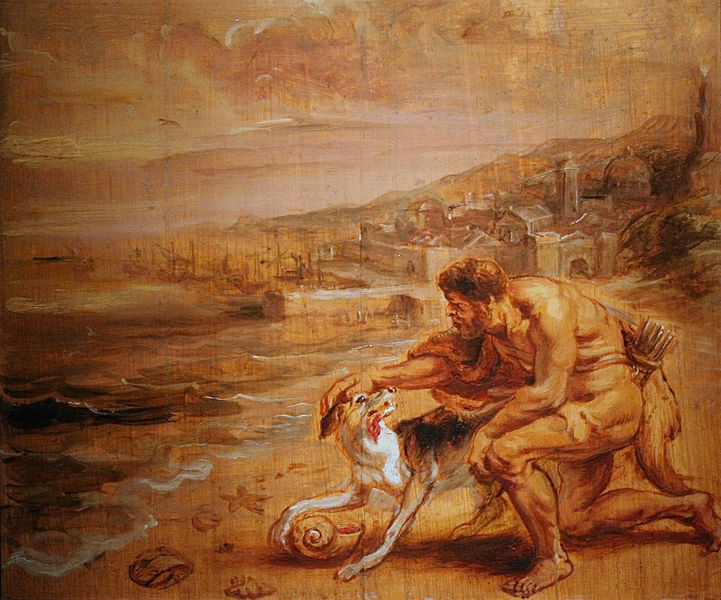 Hamilco was born into a family of hereditary generals. Bred for war from a young age, he was eventually given command of the Carthaginian land forces. Thanks to his family connections Hamilco was chosen as deputy commander for a military expedition to Sicily. Here he fought for his life and career, demonstrating the famous bravery expected of his family. After the commander died in battle, he took over that position. Now in control he sacked several of the enemy cities, breaking the back of Greek civilization on the island. This enabled him to ink a peace treaty with the Greek tyrant who ruled much of Sicily. Desperate, the tyrant agreed to let Carthage expand their territory on the island massively. 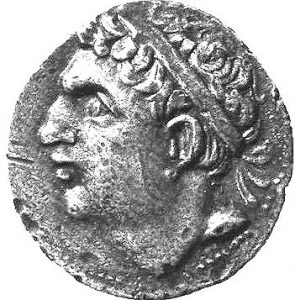 Hasdrubal was an important officer during the second Punic war. Under the command of Hannibal, he ventured deep into Roman territory in the hope of destroying the upstart empire. At one point the Carthaginian force was surrounded by Rome, trapped in a field at night. They needed a distraction in order for them to escape. So Hasdrubal tied bundles of wood to some local cattle, set fire to the wood, and sent them running towards to Roman position. This of course distracted the Romans and allowed Hannibal and his men to escape certain death. Hasdrubal was rewarded by being given command of 6,500 cavalry at the battle of Cannae, which he led to victory and glory in battle. 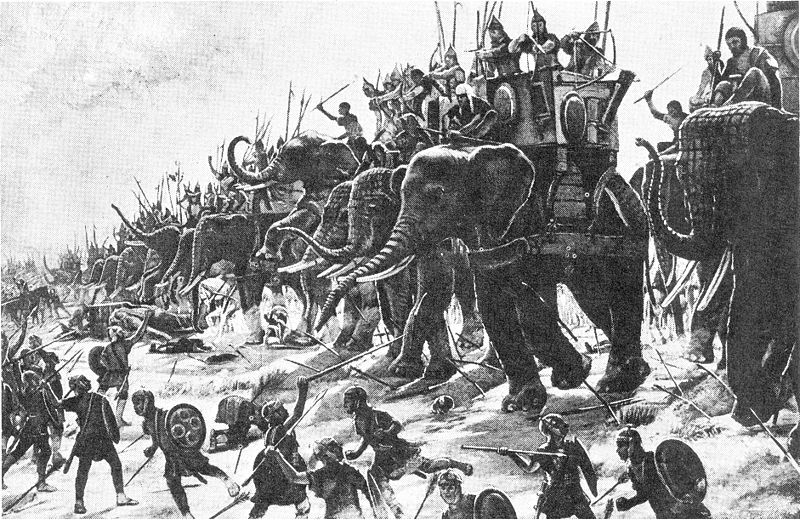 Thought to be a descendent of Hanno I The Great, this man was a wealthy noble of Carthage. Owning massive swaths of land in Spain, he actually opposed Carthage going to war with Rome for a second time. He led a political faction pushing this view, insisting Carthage should focus more on conquering more land in Africa, rather than Europe. If more had listened to Hanno perhaps Carthage would have survived a little longer. At one point he took control of the Carthaginian army from Hamilcar, hoping to put an end to the long war. But this caused an internal revolt and gave Rome a chance to recover. Many blamed Hanno for their defeat to Rome. But he saw a lot of military success in north Africa, conquering new territory and new enemies for the empire. So all things considered he is listed among the best Carthaginian leaders.

2: Mago I of Carthage 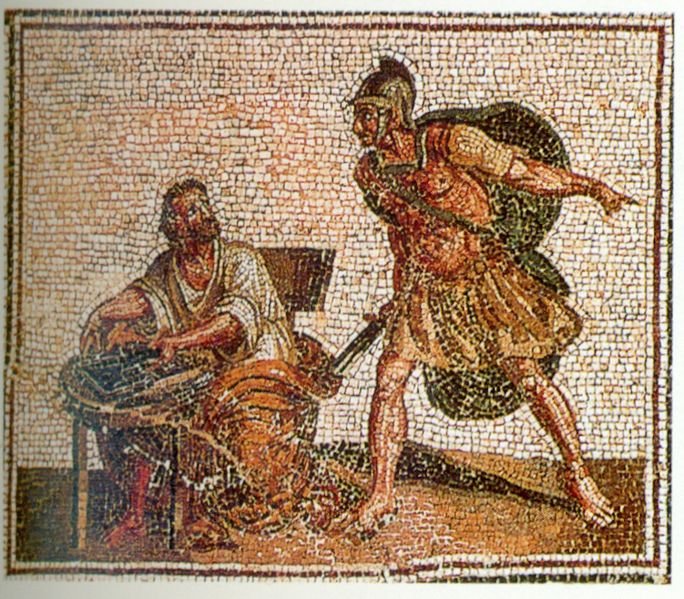 Mago was a king of Carthage in the 5th century BC. He started off as a general, at a time when Carthage was just one city state among many Phoenician city states. But while he was the lead general of Carthage they became the most important and strongest Phoenician power of all. Carthage was economically and politically submissive to Tyre at the start of his rule. But he forged a series of military alliances across the Mediterranean. He defeated the Greeks in battle, halting their expansion and colonization of the western Mediterranean. Mago’s reign lasted 20 years, but the royal dynasty he founded lasted much longer, around 200. 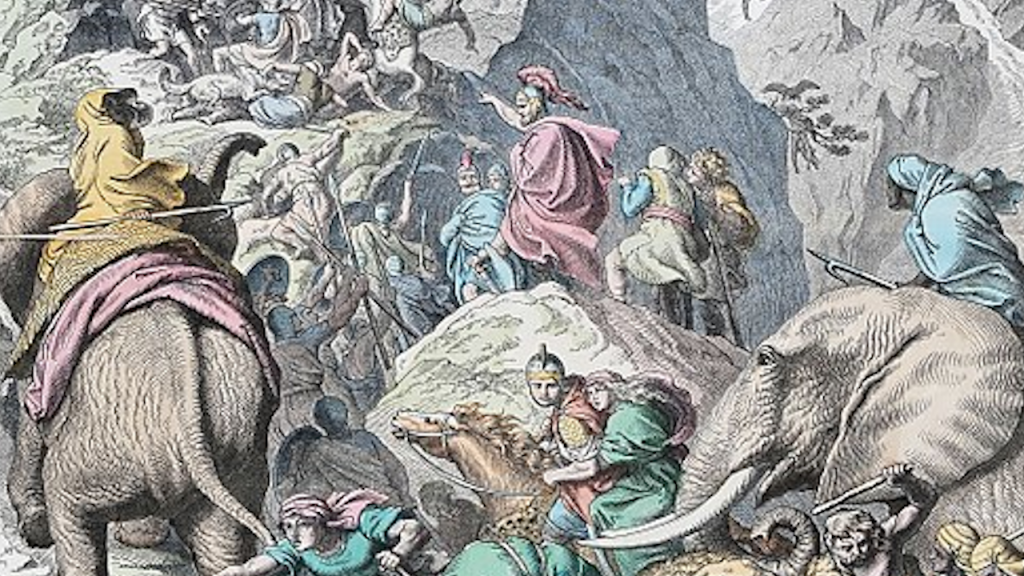 Hannibal, not just one of the greatest Carthaginian leaders of all time, but one of the greatest leaders full stop. Raised to hate Rome, his ultimate goal was to destroy the enemy completely. His guerilla war tactics changed history, often defeating much larger forces by sheer cunning. While his war against Rome was ultimately a failure, he came very close to winning. He even gave Rome their worst ever defeat at the battle of Cannae, when he killed 67 thousand Roman soldiers! That was just one of his many victories against Rome. He is considered the greatest military leader of the ancient world, even more so than Alexander the Great or Julius Caesar. Entire books have been written solely on his military strategy. Every single military college on earth study his methods even today. He truly was a great leader.