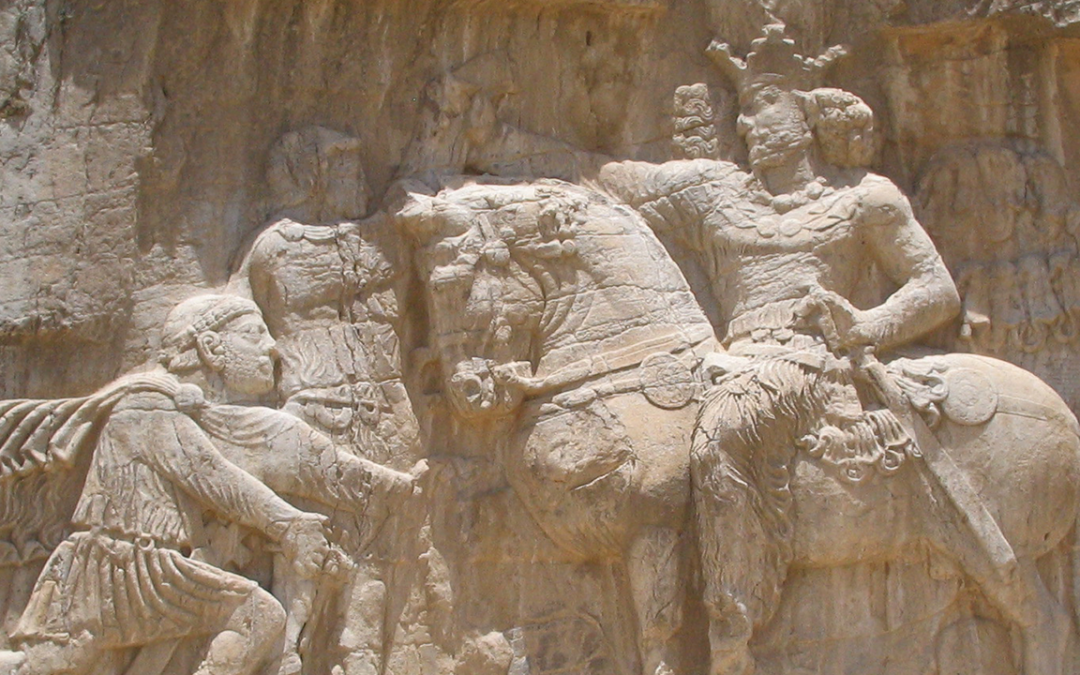 Our ancient ancestors had some of the most intense, and bloodthirsty battles in all of human history, sometimes causing hundreds of thousands of deaths, a significant amount more in those times than it is now. This is a list of the 10 greatest battles fought during the time of our ancient warrior ancestors. 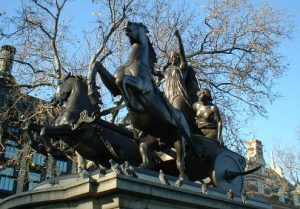 After the Romans betrayed the dying will of the Iceni king Prasutagus, by stealing his land, flogging his wife, and raping his daughters, a large force was formed to defeat them. They were led by the late king’s wife Boudica. She created a force 230,000 people to fight against the Romans. With the Romans numbering around 10,000 the outcome appeared clear. In fact, the Britons were so confident in their victory, that they had their families in nearby wagons so they could watch the battle. However, although they were strong in number, they were mostly unarmed, and had little armour. The Romans were different in that every one of them was a professional soldier, and they were all equipped with fine armour and weapons. Using their superior organisation and equipment, the Romans wiped the floor with the larger force. It’s said that Boudica committed suicide with poison when defeat became inevitable. 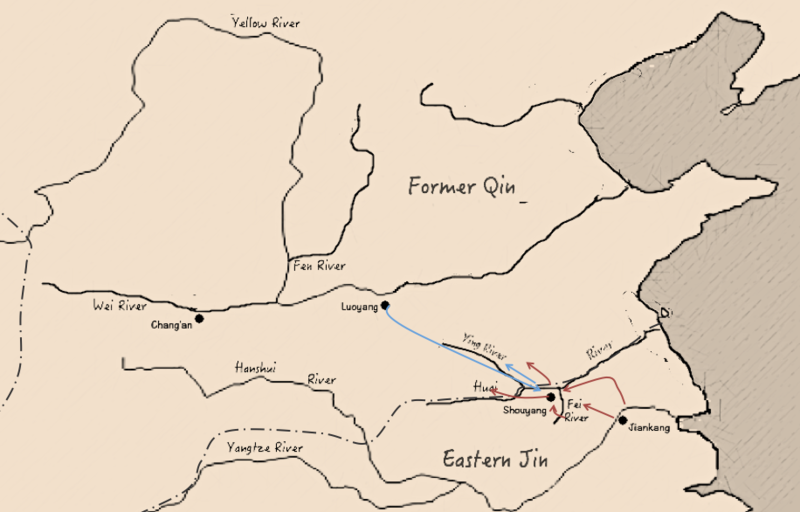 The weakened Eastern Jin Dynasty was being dominated by a much more powerful barbarian force. The Jin now resided in the South of China, and the barbarians owned the north. A force of 870,000 men amassed in the north and went to war with the Jin, expecting a quick and easy victory thanks to their superior numbers. The barbarians had captured a Jin official, and wanted to use him to persuade the Jin to surrender. Instead, the Jin official gave his allies information. Using this information they managed to achieve a few quick, but minor victories over the barbarians.

Jin then spread their formation out wide, in order to give the appearance that they had a larger force than they really did. The barbarians believed that the Jin had a much larger force than they did in reality, and so halted their attack. The Jin now managed to completely fool the barbarian force. Jin sent a messenger to the barbarians suggesting that they retreat in order to allow the Jin forces to cross the Fei River so that the two armies could engage. The barbarians agreed, but planned to attack the Jin as they were crossing the river. The Jin then betrayed the agreement, and attacked the barbarians as they were retreating. Since the troops of the northern barbarians weren’t aware of the reason for the retreat they believed that they were retreating because the battle was lost. The Jin tropps began shouting that the barbarians had been defeated which lowered barbarian morale even more, causing the organised retreat to become a full on rout. The Jin killed the majority of the enemy troops while they were fleeing.

The Battle Of Philippi 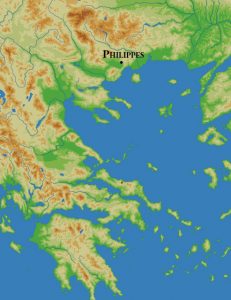 The Battle of Philippi is one of the greatest ancient battles in that a large number of units took part. However, it is also one of the most ridiculous and embarrassing ancient battles due to the incompetency with which it was carried out by both sides. Both sides coordinated their armies in an amateurish fashion, made rash decisions, and failed to capitalise on opportunities. At one point Cassius was defeated by Anthony, and committed suicided when he heard his ally Brutus had also been defeated, despite Brutus not actually having been defeated.

The Battle Of Edessa 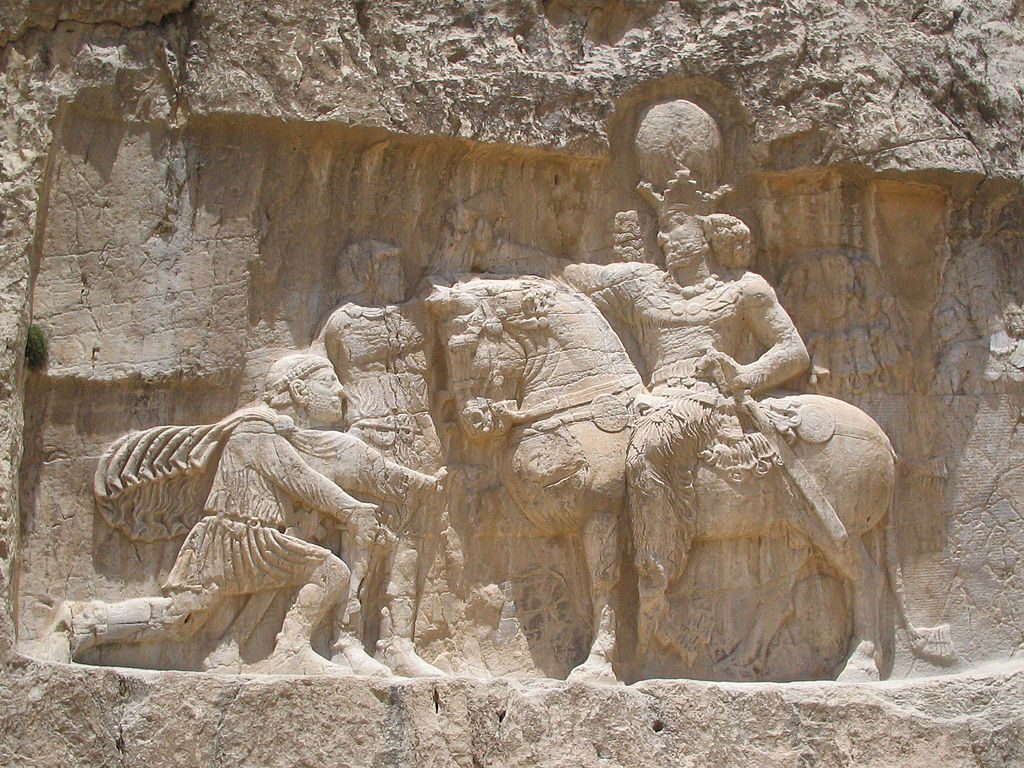 The Battle of Edessa was one of the worst ancient battles for the Romans. The Emperor Valerian was captured by Shanhanshah Shapur I after being defeated in battle. After being captured, the rest of the army might have surrendered. It’s unknown how many men Shapur had, but we do know that it was a clear and decisive win over the Romans. This is considered one of the greatest military disasters in Roman history, because it was the first time a Roman Emperor was ever captured. After Shapur I defeated the Romans, it’s possible a truce was called. During this truce, Shapur may have gone back on his word and captured Valerian then. However, there is no way of knowing for sure.

The Battle Of Mobei 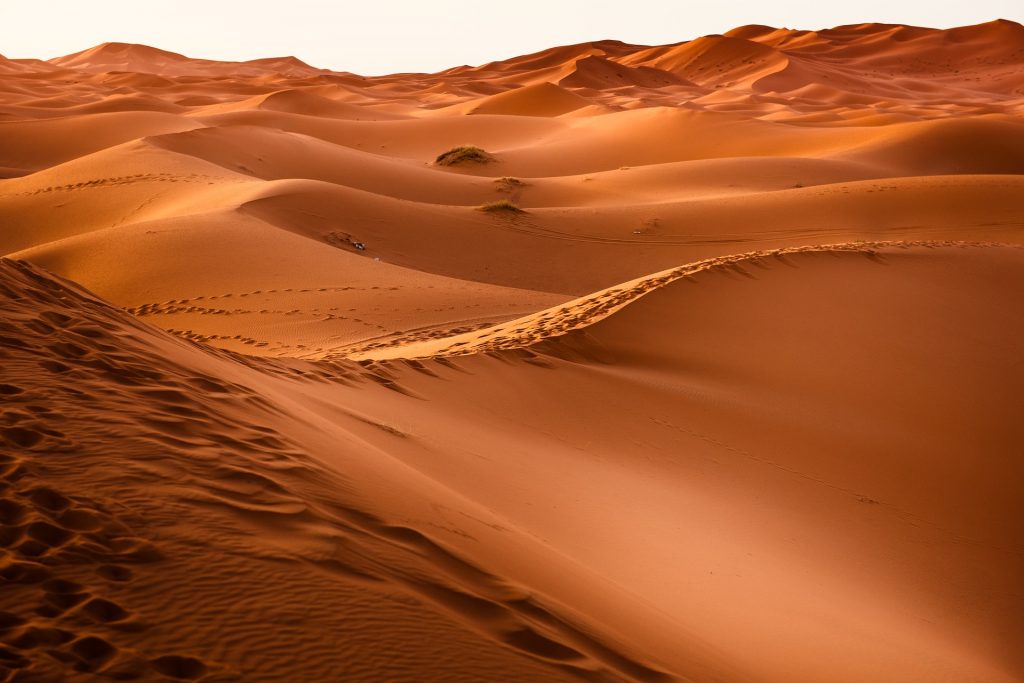 The Battle of Mobei was in the northern part of the Gobi Desert. The Han forces marched into the heartland of Xiongnu territory who had long been a scourge for the Han. The Xiongnu had a history of invading the Han, and looting their territory. It was a huge success for the Han who captured thousands of Xiongnu troops. The defeat devastated the Xiongnu who were never able to recover from their defeat. The Han won even though an entire division got lost in the desert and missed the battle entirely. The division’s leaders were brought back to be court-martialed, and one committed suicide to preserve their honour.

The Battle of the Delta 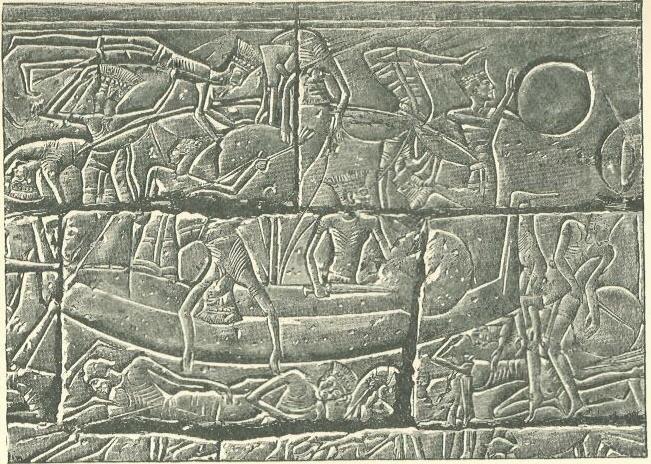 The Battle of the Delta was fought between Pharaoh Ramesses III, and the mysterious Sea Peoples. A group of seafaring warriors from ancient times, known only for the reign of terror they caused attacking ancient civilisations. These mysterious warriors had been attacking ancient civilisations surrounding the Pharaoh and he knew they would attack him soon, so he prepared to defend against an attack. He stared out at a fleet of thousands, and knew he wouldn’t be able to defeat them in naval warfare. He led them into the mouth of the Nile, and ambushed their ships, pushing towards the shore where his archers fired at them. This attack devastated the Sea People.

The Battle of the Aegates Islands 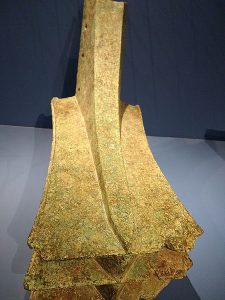 It was the decisive final clash between the Fleets of Carthage and the formidable Roman Republic. Carthage had the advantage in numbers, with their 250 ships facing off against Rome’s 200 quinqueremes. Rome still had a formidable advantage in this battle. Carthage had many ships, but their men were stretched thin to fill them all. With the ships being undermanned, and ill-trained the Romans managed to pull off an impressive victory. Carthage sued for peace which resulted in the Peace of Lutatius.

The Battle of Arginusae

This battle saw a heavy clash between an Athenian fleet, and a Spartan fleet. However, a previous loss to the Spartans had left the main Athenian fleet under Conon blockaded. This forced them to put together a new fleet of brand new ships, with inexperienced crews. The Spartan’s well trained troops gave them a major advantage over their adversaries. Athen’s only option was to use unorthodox tactics which would leave the Spartans at a loss as for how to proceed. Surprisingly, this strategy worked, and the Athenians secured an important victory over the Spartans.

The Battle Of Teutoburg Forest 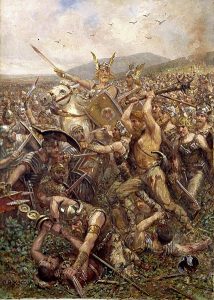 Arminius was a Germanic officer in the army of Publius Quinctilius Varus. When Varus tried to conquer the Germanic tribes East of the Rhine, the tribes formed a coalition. The coalition was led Arminius himself. Since he received a Roman education, and worked under the very man invading them, Arminius was in a uniquely capable position, and was able to predict and counter the invaders. Arminius inflicted one of the most devastating defeats in Rome’s history.

The Battle Of Julu 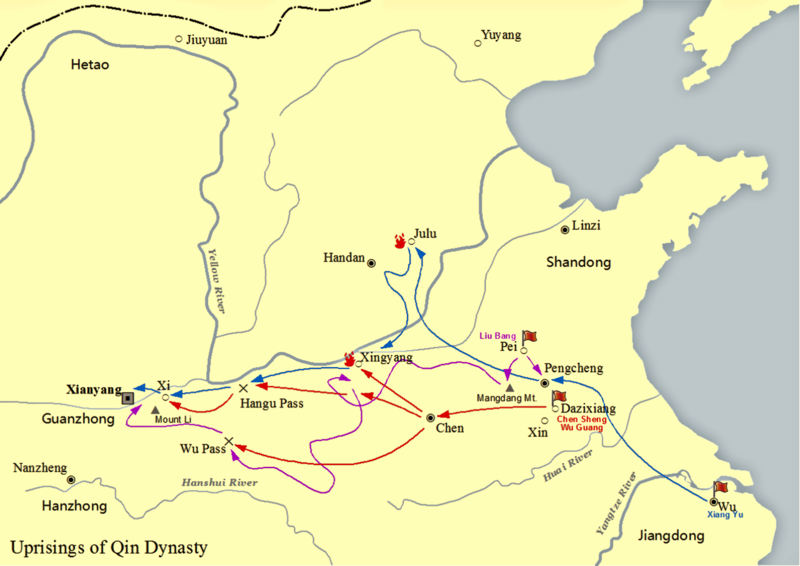 The Battle of Julu was a very important battle fought near the end of the Qin dynasty’s reign. Xiang Yu, leader of the newly founded kingdom Chu raised an army of 50,000 of his own men. He also had another 80,000 troops provided by other states, none of them would participate in the battle. The battle was an amazing victory over the Qin force, which was four times his size. The Qin actually was around 400,000 to 500,000 strong, but only the 200,000 from Wang Li’s army would fight. Another 200,000 from Zhang Han’s army would surrender to Xiang Yu only 5 months later, and were buried alive.

Xiang Yu was an incredible commander who used creative, and risky tactics to win. In this battle specifically, he burned his own men’s supplies when they were in a losing position. This was to motivate them, since they had no hope of surviving unless they defeated the enemy and steal their supplies. In this battle one enemy general was captured, one was killed in action, and another committed suicide by hurling himself into a blazing fire. If you enjoyed this list on ancient battles, then you’ll also enjoy our list on the 10 bloodiest battles in history.