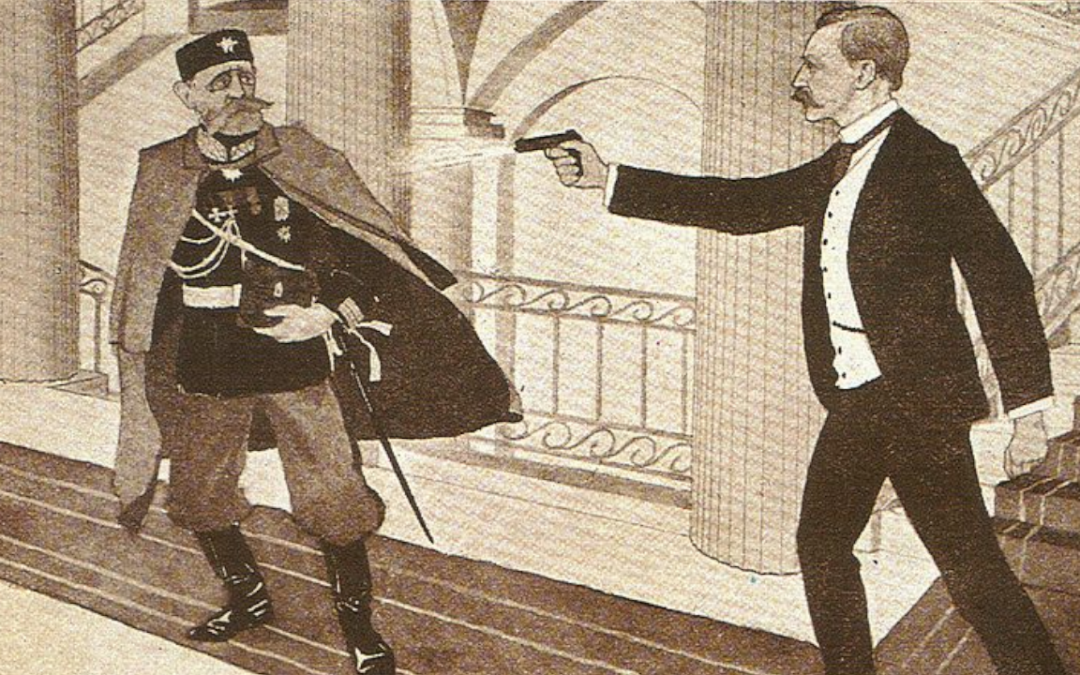 Since the dawn of recorded history there have been assassins. Usually for money, there are always some people willing to take lives. Assassinations have changed the world on many occasions. A perfect example is the murder of Julius Caesar, throwing the Roman empire into civil war and ironically stamping out any chance it could be a republic. Then there was the assassination of Abraham Lincoln, leaving a permanent psychological scar on American politics. Today we look at some of the greatest assassins from history, their motives, and who they killed. 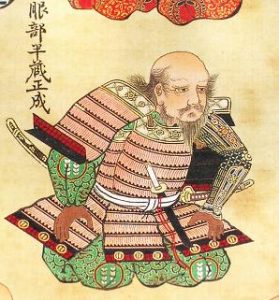 Hattori Hanzō was a master ninja, commanding a force of 300 ninja assassins. His word held weight in 16th century Japan. People knew of and feared the ninja, and Hattori Hanzō could have almost anyone killed in the dead of night, if he so wanted. But Hattori Hanzō chose not the abuse this power or to use it solely for personal gain. Instead, he served the Tokugawa clan, and it’s leader who would eventually unify Japan through military conquest. In battle he also commanded samurai warriors, and was a famously good swordsman himself. After saving the life of Japan’s ruler, he retired as a vastly wealthy man. But staying true to his humble origin, he spent the last few years of his life as a monk. 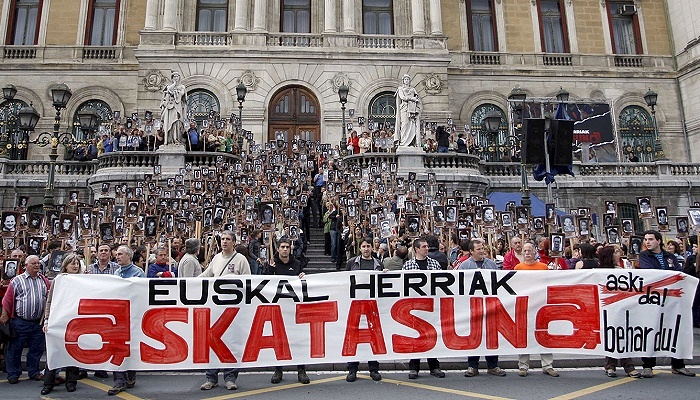 The Basque country is a region within Spain that for many decades was struggling for independence. Among the separatist rebels was the assassin Idoia López Riaño, who used her womanly ways to seduce her victims. Luring police officers and local officials to her bed, she would turn on them as soon as possible. In total she killed 23 people throughout the 1980s, until she was finally arrested. Riano is considered to be a psychopath, showing no empathy for her victims at all. The judge was so appalled by her crimes that she was sentenced to 1,500 years in prison. Strangely, though, she was released after just 23 years. That’s one year for each of her victims. 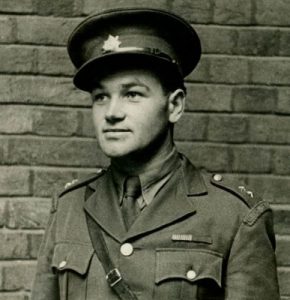 During the second world war, Czechoslovakia was under the control of a brutal Nazi official called Reinhard Heydrich. Heydrich was notorious for his harsh treatment of the local population. So in 1942 the British government sent a team of assassins to eliminate him. Most important of all was the Czech soldier Jan Kubiš. It was he who threw a bomb that severely wounded Heydrich. The target would die in hospital soon after, ensuring Jan Kubiš would go down as one of the greatest assassins from history. Reinhard Heydrich was one of the most influential and talented members of the Nazi regime, being highly regarded by Hitler himself. So after the assassination, a terrible wave of revenge killings was unleashed on Czechoslovakia. Jan Kubiš was among the first to die.

Ramón Mercader was a Spanish communist born to a mother who fought in the Spanish civil war. Growing into adulthood he began to work for communist organizations and embed himself into a dangerous international community. At some point during this period he was trained in surveillance and espionage by the Soviet secret service. And so Ramón Mercader became a spy. By the late 1930s he was working hard to infiltrate the personal network of Leon Trotsky, sworn enemy of then Soviet leader Joseph Stalin. Tracking Trotsky down to his villa in Mexico city, he talked his way into the home, claiming to be a fan. Then he pulled out an ice axe and buried it into Trotsky’s head. Trotsky was actually able to overpower Mercader, restraining him until authorities arrived. Trotsky died of injuries sustained in the attack. Just like that, one of the most important men ever was gone. 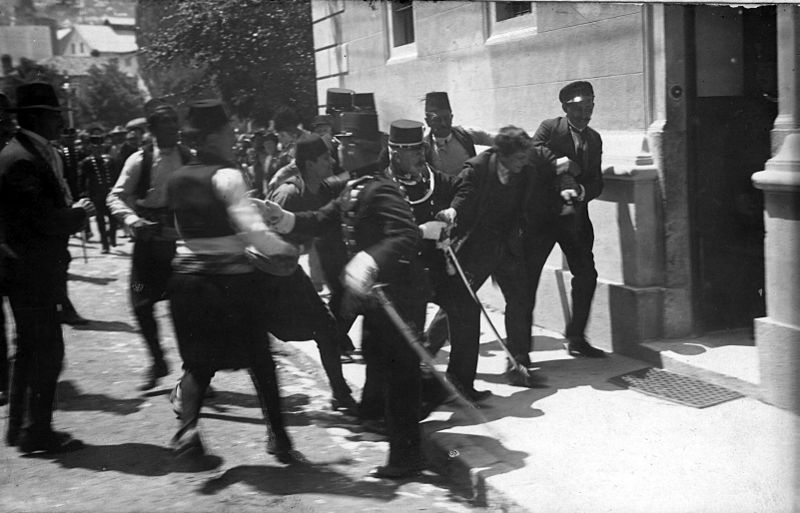 Even the greatest assassins from history seldom escape with their lives. Gavrilo Princip was no different. He has been called the most influential man in modern history, and is certainly the most important on this list. Why? Because he started world war one. A Serb nationalist, he assassinated the heir to the Austrian throne during a state visit to the Balkans. Princip was part of a secret organization known as the black hand, and had been planning the attack for some time. With help from sympathetic members of the Serbian military, they knew what route the archduke would take. So they simple purchased some handguns and waited for the convoy to drive past. Gavrilo Princip was the one who actually secured the killing, shooting the archduke and his wife dead. Princip died in prison in 1918, the year ww1 ended.

The Roman emperor Commodus was well known for his outrageous behavior. An incredibly authoritarian ruler, he often manipulated and abused even the highest ranking of nobles. In time he madness grew an he became the first emperor to actually fight in the Colosseum. It got to the point where he was murdered by his mistress, Marcia Aurelia Ceionia Demetrias. Angry at her, he added her to a list of people he wanted dead. But when she found the list, Marcia conspired with a few senators also on the list. Together they decided to assassinate Commodus. She poisoned him, but it only seemed to have made him violently ill. In order to ensure the deed will be completed, the conspirators strangled him to death in his bathtub. 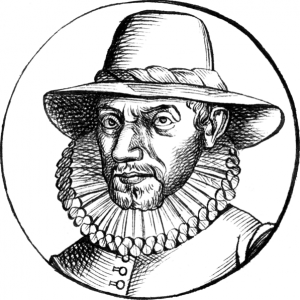 Balthasar Gérard is one of the least known, though greatest assassins from history. In 1584 he murdered William of Orange, prince and ruler of the Netherlands. William is regarded as the founding father of his country, and is widely respected. But at the time some saw him as a controversial figure. A powerful protestant, his leadership was seen as a threat to the catholic world. So in desperation, the king of Spain offered a large reward to anyone who killed William of Orange. On his death the assassin would receive a wealth of coin, a large home, and become a lord. This was enough to convince Balthasar Gérard – who was also a rigid catholic. He shot Prince William twice. But instead of fleeing to Spain to receive his reward, he was captured, tortured and executed. Not a good life choice. 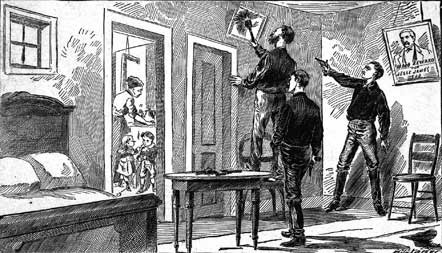 Though remembered by history as a coward, Robert Ford was a very influential figure of the old west. He was the man who assassinated Jesse James, an outlaw famous across the world. A member of Jesse James’ gang, Ford took part in robberies across the wild west. They held up numerous banks and even trains, growing to become infamous. For a time, he and his brother even lived with the Ford family. Then one day in 1882, Robert Ford shot Jesse James dead while his back was turned. It is unclear why exactly he commit the murder. As a youth Ford always admired James, and as an adult they had been close. But after the assassination, he tried to claim the reward for killing Jesse James. Before long he too would be assassinated. A fitting end to such a tragic life. 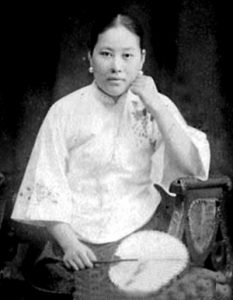 Born at the end of the Chinese empire, Shi Jianqiao was the daughter of a military officer. But soon her father was murdered by a warlord called Sun Chuanfang. He was then decapitated and his severed head paraded before a crowd. She then decided to dedicate her life to avenging her father’s murder. Ten years later, she tracked down Sun Chuanfang. Concealing her identity, she got close to him. Then while he kneeled down to pray at a Buddhist ceremony, she shot him dead. Instead of fleeing the scene, she stayed and waited for authorities to arrive. She even distributed pamphlets to witnesses, detailing who he was and what he had done to her. While she had technically broken the law, her case won over public support, and the government issued her a pardon. Very few assassins from history have gone free, but Shi Jianqiao is a special case.

Juval Aviv is an Israeli former Mossad agent. He was a leading agent who took part in a major operation to assassinate enemies of Israel in the 1970s. In 1972 a group of Israeli athletes were held hostage by terrorists in the Olympic village in Germany. 12 people were killed by the terrorist kidnappers, shocking the world. So the Israeli government decided to avenge the incident by assassinating those behind it. For 20 years the Mossad sent agents across the world to track down and kill the highest ranking of targets. One of the most important of such agents was Juval Aviv. Little detail of the operation or of his involvement is truly known. What we know is that many high ranking members of terrorist organizations were killed in the operation.