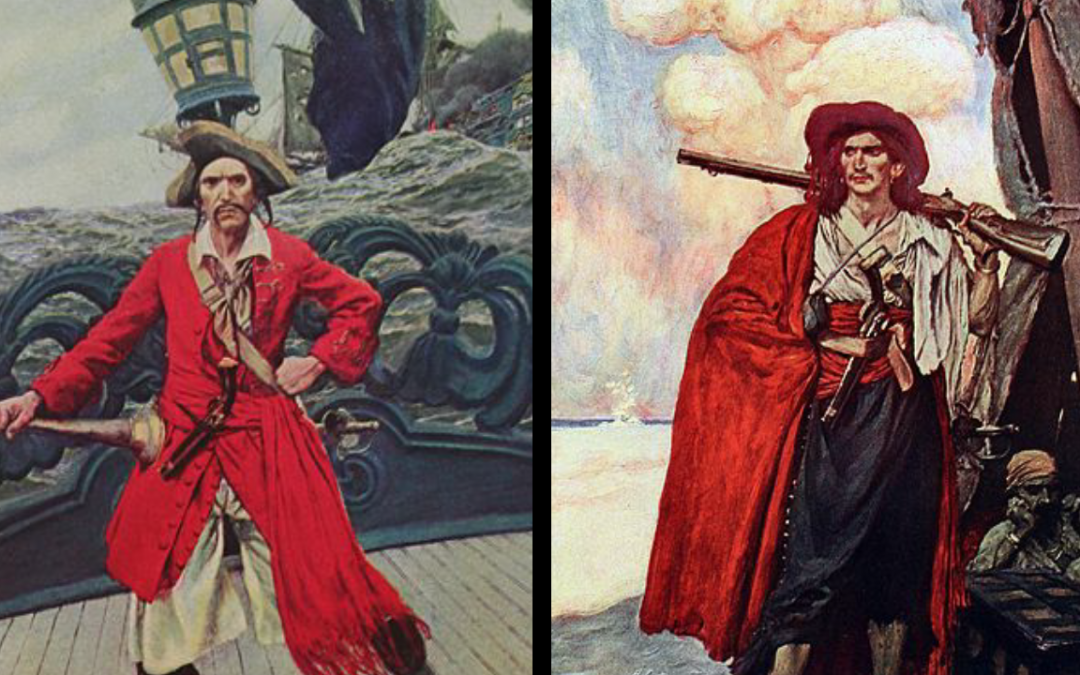 During the golden age of piracy, much of the Caribbean was controlled by the French. At one point or another they held valuable territories like Haiti, Grenada, and Tobago, as well as a lot of land in North America. France had a clear presence in the New World. So it will come to no surprise that many of the pirates operating there were themselves French. While the most famous pirates tend to be English, Spanish or Welsh, French pirates went down in history as some of the most fearless warriors of the high seas. And I can prove that in this article – here are 10 of the most terrifying French pirates from history! 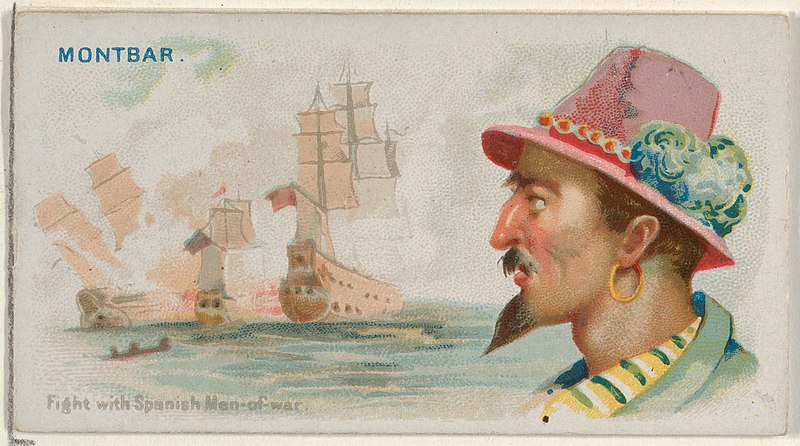 Montbars the Exterminator earned his nickname. He was one of the most feared men in the whole New World. As a child he grew to hate the Spanish, apparently for the cruelty of the Spanish Empire. So when France and Spain went to war he leapt on the opportunity, joining the French Navy under the service of his uncle, who was a naval officer. But almost immediately his uncle was killed in battle. In despair Montbars abandoned his military service and headed for an island just off Haiti known as a place pirates occupy. With his military training and hatred of the Spanish, fellow French pirates welcomed him into the community.

In quick time he came to be known as one of the most fearsome pirates in the Caribbean, notorious for his love of killing Spanish. It is said he never allowed any of the Spanish he captured live. Hence his nickname, The Exterminator. He attacked and raided in and around many of Spain’s most wealthy territories like Puerto Rico and Cuba, gaining vast wealth along the way. He then disappeared from historical records. We don’t know when or where he died. But of course, being a pirate, there are all kinds of legends surrounding his fate. 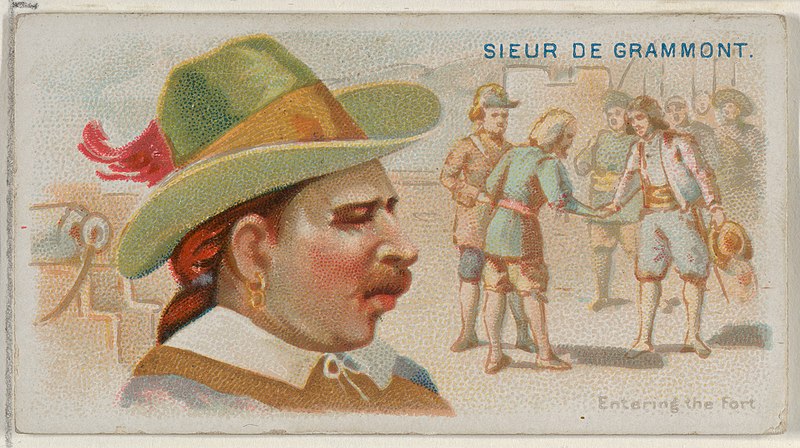 For 15 years Michel de Grammont was the source of terror for both Spanish merchant and naval ships operating in the gulf of Mexico. But his experience as a pirate was largely the result of bad luck. As a youth he fought a duel against his sister’s fiancée, killing the opponent. As word of this duel and death spread he was forced to flee France for his own safety. So like many other young Europeans looking for a new life, he made for the Caribbean. Luckily a war soon broke out between France and the Dutch, giving French pirates a new opportunity to seize Dutch ships legally.

It wasn’t long before Michel de Grammont seized an entire Dutch fleet, gaining himself massive wealth and a reputation overnight. In time he gathered his own fleet of 17 ships, with which he raided and pillaged at will. After the war he joined forces with other French pirates of the era to conduct raids on Spanish colonies in the region. And so, even in the eyes of other notorious pirates, de Grammont was a legendary figure. After around 15 years of savagery, he disappeared in the waters near the North American coast. No one knows what fate he met. 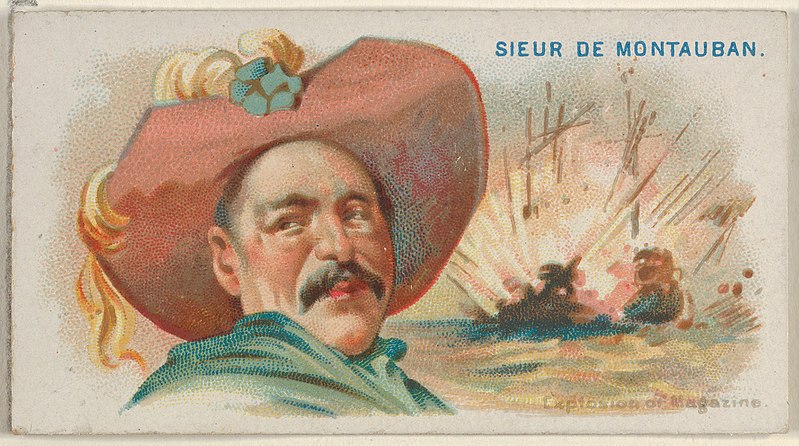 Etienne de Montauban is unlike most pirates from history in that he raided in multiple continents. He was notorious on the waters of West Africa and the Caribbean. It was the late 17th century and Europe was expanding. Spanish and Portuguese ships regularly made trip between Africa and their homeland, often carrying vast wealth from their new African trading posts. It’s unclear quite how but Etienne de Montauban was in the service of another famous Pirate from a young age. Growing into adulthood, this other pirate took Montauban under his wing, giving the young lad his own ship.
With this ship he captured many Spanish vessels, and even took control of an English fort on the African mainland.

One of his most impressive victories saw him defeat a much larger English war vessel. But before he was able to capture it, the English captain set fire to the powder stores of his own ship, causing them both to violently explode! Etienne de Montauban barely survived. Badly injured and starving, he was rescued by a group of African natives, who helped him sail all the way back to the Caribbean. Here he continued his pirate ways for several years. Yet he soon tired of the life of an outlaw, returning to France where he wrote his biography and died a free man. 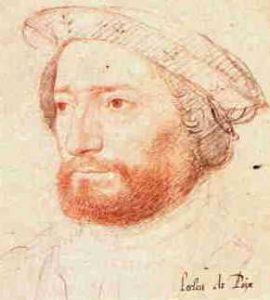 Even among pirates, Jean-Francois Roberval led a comparatively adventurous life. From a young age he joined the army, where he met the French crown prince. Befriending the future king, he now spent his time socialising with Royals and high nobles. This had it’s advantages but spending all his time on it pushed Roberval into bankruptcy. In order to survive this fate he turned to piracy, capturing and plundering English ships in North America. At the time France was heavily exploring and settling what is now Canada.

So he left with 200 other people to establish his own colony there. But it didn’t go well. They were ill prepared for the brutal Canadian winter. Also for the attacks and raids from local native groups. It wasn’t long before they just gave up and went home. But Jean-Francois Roberval was undeterred. He returned to the new world, taking to piracy in the Caribbean. Capturing ships and even raiding cities in Cuba and Colombia, Roberval was a source of constant fear for the Spanish colonials. 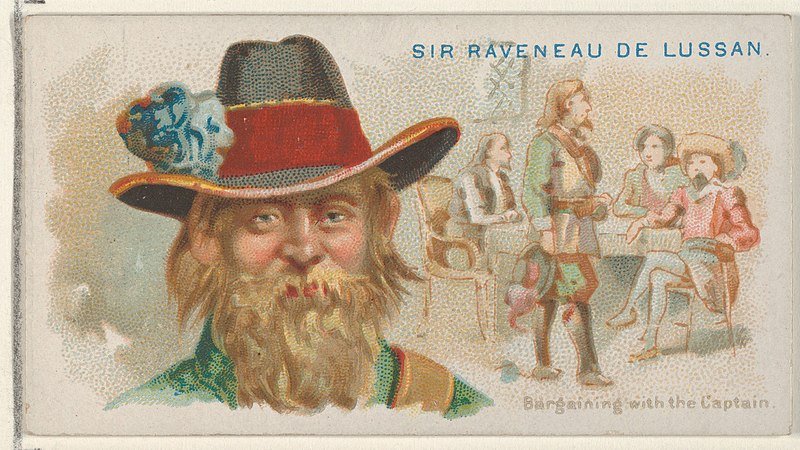 Like many French pirates, Raveneau de Lussan joined the military from a young age but was disenfranchised by the lack of income and glory of the life of a soldier. So like so many others on this list he headed for the new world, for the island of Hispaniola. There he fell in with a group of pirates who taught him their ways. Together they raided Spanish settlements across the Caribbean. At one point they even burned down the capital of Grenada. They went on to capture many cities in Mexico, and launch their own invasion of Central America. Marching through the jungle and fighting off disease, hostile natives, and overwhelming numbers of enemy Spanish, it was ultimately a one thousand mile adventure on foot. It ensured Raveneau de Lussan would go down in history as a legend. 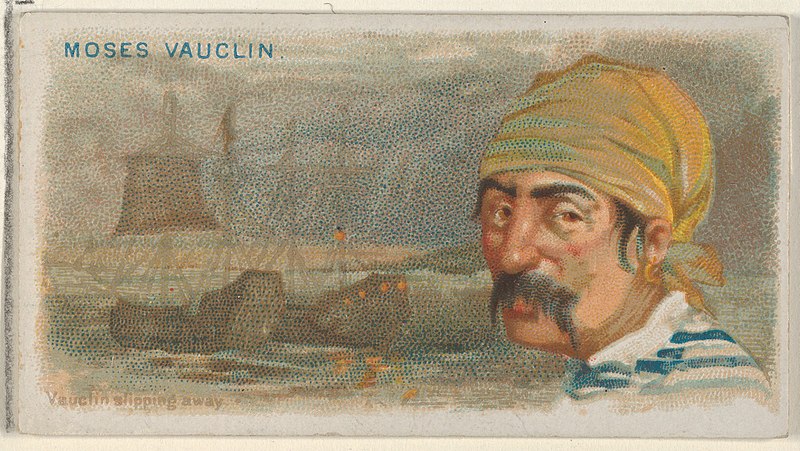 Based out of the notorious pirate colony of Tortuga, Moise Vauquelin raided any Spanish ship he came across. Details of his early life are unknown, we don’t even know when he was born, or how he entered into piracy. But somehow he came into the service of a pirate captain called l’Olonnais. This captain was perhaps the greatest of all French pirates, commanding a huge fleet and raiding Spanish settlements across their empire. As one of the fleet’s main officers, Vauquelin gained great wealth thanks to a string of successful campaigns.

Yet after a while he set out on his own, taking to what is now Costa Rica. Here he captured a string of towns, where he plundered and extorted his way to even greater riches. During these years he and his crew also explored many uncharted areas of central America. Later leaving a written record of his discoveries, he died in 1670. 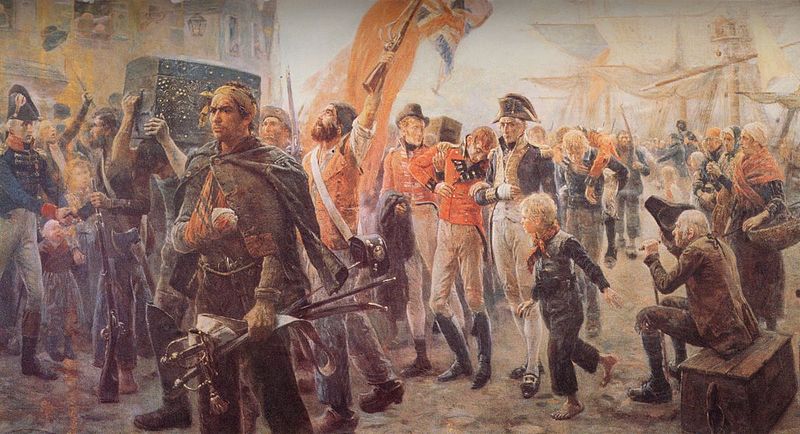 Dominique You might not sound very French but he was. He was a young man when the French revolution unfolded, serving in the revolutionary military. Then he served overseas, part of the French expedition to suppress the Haitian revolution. But when the revolution was a success he fled to America. Leveraging his reputation as a gifted and brave soldier, You gained command of a French privateer ship. With other pirates he regularly ambushed Spanish vessels sailing in the gulf of Mexico. Because of this he was declared an outlaw by the United States and on several occasions had to flee authorities for his life. But this would soon change.

In 1814 America went to war with Great Britain, and it became clear a battle was soon to be fought in the waters surrounding New Orleans. Along with his pirate buddies, Dominique You helped defend the city from attacking British forces. Their services in this field of battle earned them full pardons and respect. For the rest of his life he lived as an American hero. 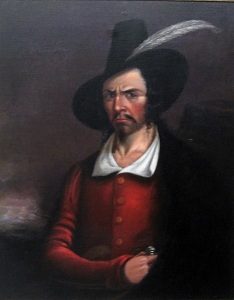 A companion of Dominique You who, Jean Lafitte and his brother Pierre also fought in the battle of New Orleans. In fact they were the pirate captains who taught him the craft of piracy. For years the Lafitte brothers smuggled goods into the city of New Orleans, often through remote swamps and bayous. They made a killing in the smuggling business, and still took to piracy on occasion. It is said they amassed a massive fortune and hid it somewhere in what is now Louisiana. Many have tried to find the fortune since their deaths, but none have. Strangely they were employed by the Spanish empire as spies, all the while they destroyed and captured Spanish merchant ships at will. 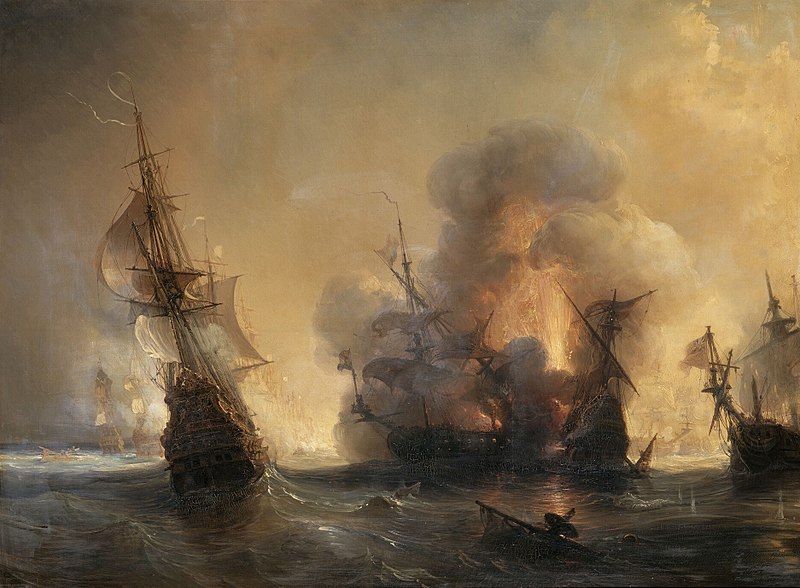 Jean-Baptiste du Casse was born to a noble family. But the family were Huguenots, a type of Christianity that were at the time severely persecuted. Despite this the family were accepted by the aristocracy of France and he married into a very wealthy and influential family. Somewhere along the line he got involved in the slave trade, purchasing his own ships to transport them from Africa. Buying more ships, he became directly involved in Piracy. Given that France had many enemies at the time, there was always someone to steal from.

His wealth, connections, and reputation as a pirate is partly why he was eventually appointed governor of what is now Haiti. At the time Haiti was a colony of the French empire, but had a real problem with pirates – mostly French pirates who often stole even from French civilian vessels. Even after becoming governor, he still took to piracy, raiding nearby English and Spanish settlements with local pirate allies! After serving more than ten years as governor, he retired to a quiet life back in France. 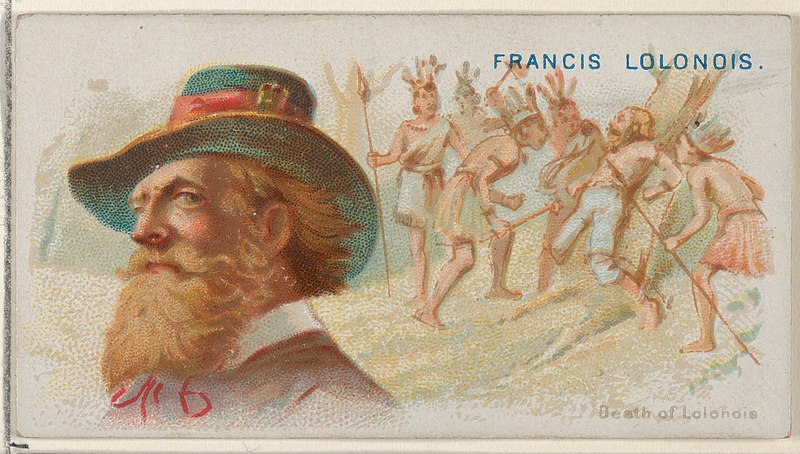 Unlike most other pirates of his era, Francois l’Olonnais was born into extreme poverty. Because of this he was driven into indentured servitude. His service brought him to the Caribbean some time during the mid 17th century. For years he worked hard to pay off his master, eventually finding freedom while still a young man. Restless and ambitious, he turned to piracy. He spent long periods of time waiting to pounce of Spanish ships leaving mainland Mexico. But this tactic would almost cause his downfall. One day a violent storm blew his ship ashore on Mexico.

Here they were attacked by Spanish soldiers, who killed all of the crew apart from Francois l’Olonnais, and only because he played dead. Seeing all his crew members slain before his eyes, he grew to hate the Spanish. And from this moment he never showed any measure of mercy towards them. After escaping back to safety he gathered a newer, larger crew of pirates, several hundred strong. They captured and plundered many Spanish ships. But ships were not their main target. Under the leadership of Francois l’Olonnais they captured the Venezuelan city of Maracaibo. For two months they held and plundered the city at will, doing whatever they wanted there.

Unfortunately, the civilians there were treated poorly and much of the city burned. Because of this he was given the nickname “Flail of the Spanish” among others. Thanks to this success, his fleet of pirates grew to an even larger size. Some claim he commanded over a thousand pirates at it’s peak. But it would end in disaster. In what is now Panama his own ship ran aground. Forced ashore, they were soon captured by a native tribe and executed. It’s said they tortured him to death other a roaring fire. A horrifying but fitting end to one of the most scary French pirates of all time.