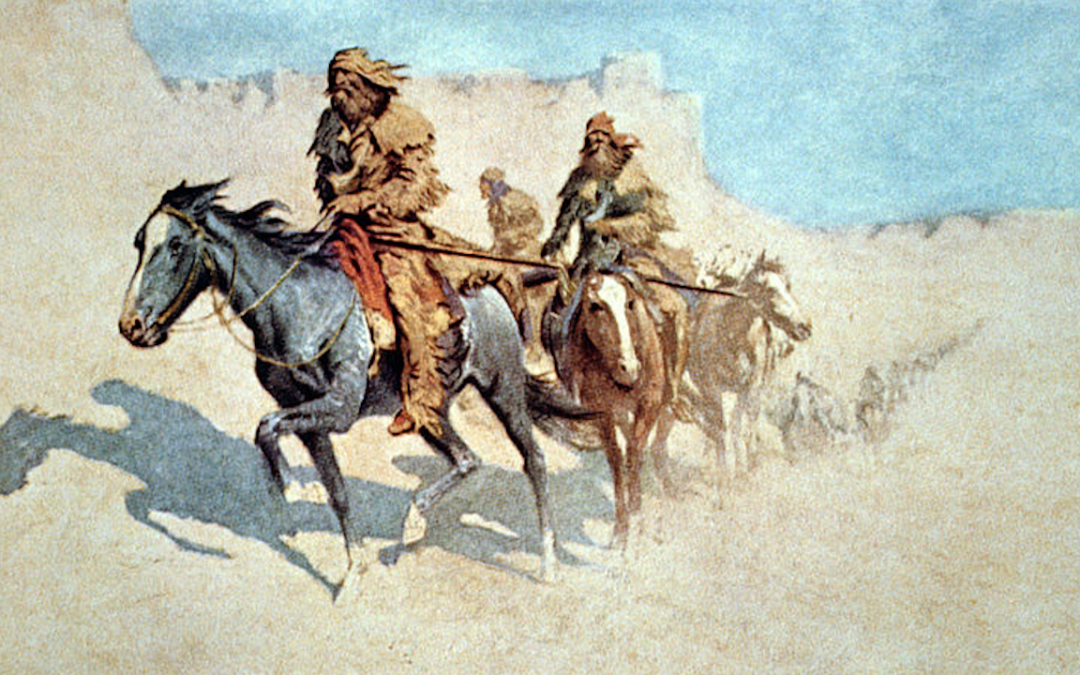 In the Old West, a mountain man was simply an outdoors-man who lives in the wilderness, usually in mountainous terrain like the Rocky Mountain Range. Many of them was explorers, many of them were hunters of fur traders. Through their various deeds and adventures, they came to be known as some of the toughest people in North America. Their impact on American westward expansion was immense, and many of them grew wealthy through fur trading. Inevitably, most Old West mountain men have simply been forgotten by history. But many have gone down as legendary figures of the era. In this article we focus only on ten of the most incredible examples of these men. Be they deserters who fled to the mountains to avoid military service, fortune seeking fur traders, or just lunatics. Here are the greatest Old West mountain men. 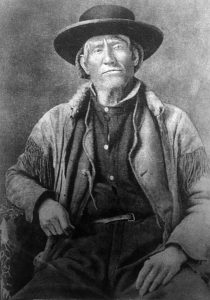 Jim Bridger was the archetypal mountain man, venturing into the wilderness explored by Lewis and Clark not long before. He was made famous for abandoning fellow fur trader Hugh Glass after Glass was attacked by a bear. But this was just one tale in the long life of Jim Bridger. Travelling far and wide, he was employed as a guide by many of America’s great men of the era like Kit Carson and John Fremont. Bridger had three wives, all of which native American. He spoke 5 languages fluently, among them two were native tongues. Even few old west mountain men were as well traveled or experienced as Bridger. On numerous occasions he acted as an intermediary, arranging deals and peace talks between natives and the United States. Considering all the difficult conditions and experiences he was in at one time or another, it’s amazing he lived to be 77. 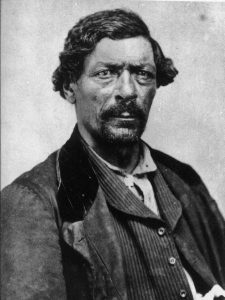 Born into slavery, Beckwourth was the mixed race child of a slave and her master. Still, the master raised him as a son, even if he was legally classed as a slave. As a young adult James was legally given freedom by his father, and enrolled in a school. Then in 1824 he became a horse wrangler in the employment of a fur trading company. Working in the Rocky Mountains, he became massively familiar with the region and developed all kinds of survival skills. But while working in the wilderness one day he was captured by a group of Crow Indians. Thanks to his mixed race look, they mistook him for one of their own. For eight long years he lived with the Crow, learning their ways.

He even took part in raids against white settlers and other native groups, earning respect as a warrior. Then in 1837 he returned to America and joined the US army, a move that saw him fight Indians in the south. After a brief military career, he took on all kinds of jobs. He opened up a general store in a gold rush boom town. He became a professional gambler, then a hotel keeper, and then at the age of 65, rejoined the army as a scout. Such was the life of one of the most incredible old west mountain men. 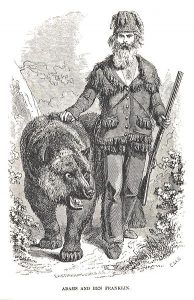 John Adams became so famous for his love of grizzly bears, he would go down in history simply as Grizzly Adams. A mountain man in California, he was actually born in Boston in 1812. As a young man he fled into the wilderness in search of adventure. To earn money he would trap all kinds of animals and sell them to zoos. It was here he learned to survive in the wilderness and get close to animals. When he tried to train a Bengal tiger in a local zoo, he was mauled almost to death. Still, this did not deter him. When the California gold rush kicked off, Adams headed for California himself. Finding no luck as a gold miner, he took to the wilderness, living the life of a reclusive mountain man.

Grizzly Adams here fell in love with the California grizzly bear, and studied their behavior. He learned to approach and even tame them. He even had a pet Grizzly bear who he stole from a bear den when it was just a pup. Called Benjamin Franklin, the bear saved his life on numerous occasions. With his familiarity, Grizzly Adams captured numerous bears over the years, selling them to zoos, circuses and private collectors. On occasion he would perform in the circus with them. 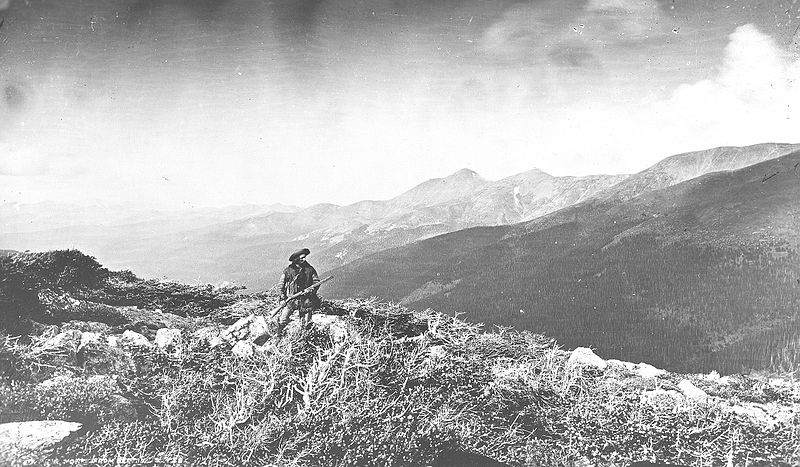 Harry Yount served as a Union soldier in the US civil war, rising to the rank of Sargent. After the war he carried on working for the army but as a cattle herder. Then he transitioned into being a guide, escorting scientific expeditions through the rocky mountains. During this time he became such a well renowned mountain man that the US government decided to employ him. In 1870 he became the official gamekeeper of Yellowstone National Park. For over a year he cared for the area, writing annual reports that were submitted to congress. Still today he is remembered as the first ever national park ranger. After retiring from this position he became a prospector, seeking out valuable deposits of copper and marble. 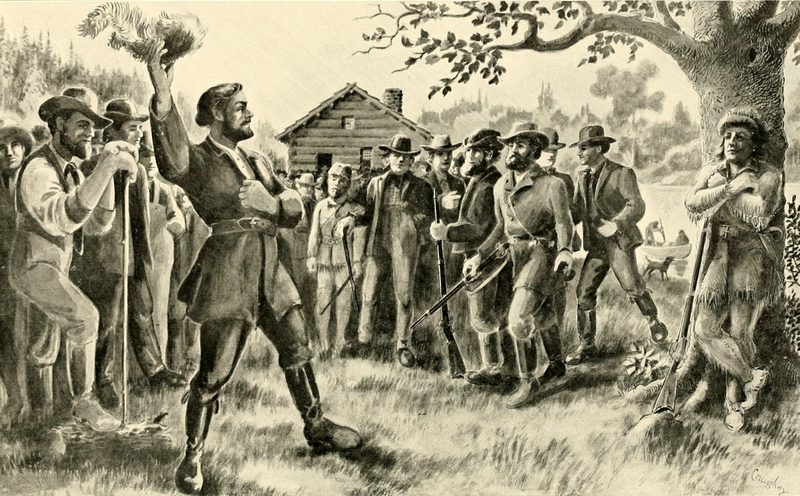 Like so many other old west mountain men, Joseph and Stephen Meek joined the Rocky Mountain Fur Company from a young age. For over a decade they worked as fur trappers, braving the harsh conditions in the Rocky Mountain Range. But one day their gang of trappers got broken up when a group of natives. From here they lived alone in the wilderness, travelling across many regions of the United States. In Idaho Joseph married a native American woman, who he gave the name Virginia. While Stephen spent much of his life alone and with little noteworthy achievement to list, Joseph did the opposite. He went on to become the Marshal of Oregon Territory, making him the premier law man in Oregon. 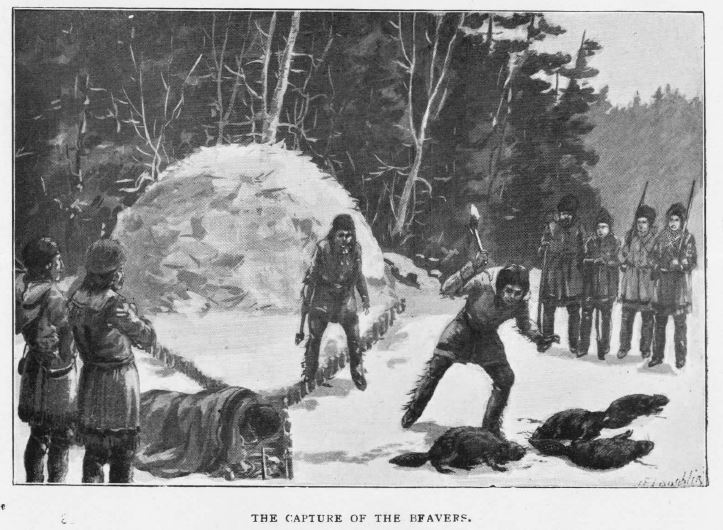 John Turner was amount the most notorious Old West mountain men to ever live. Little is known about his early life. By his early 20s he had become a fur trapper, banding together with a group of trappers heading into California. But in order to reach California they would need to cross numerous hostile areas. While in one of such areas they were attacked by a group of Mojave natives, resulting in the deaths of ten people. Luckily Turner was among the eight survivors, who continued on to California. But again they were soon attacked by a group of natives. This time they were from the Umpqua tribe, who attacked the tribe. Luckily, John Turner was on board a canoe scouting a nearby river when the camp was attacked, meaning he survived the second massacre. Surviving these and many other trials in the wilderness, Turner gradually became a legendary figure. 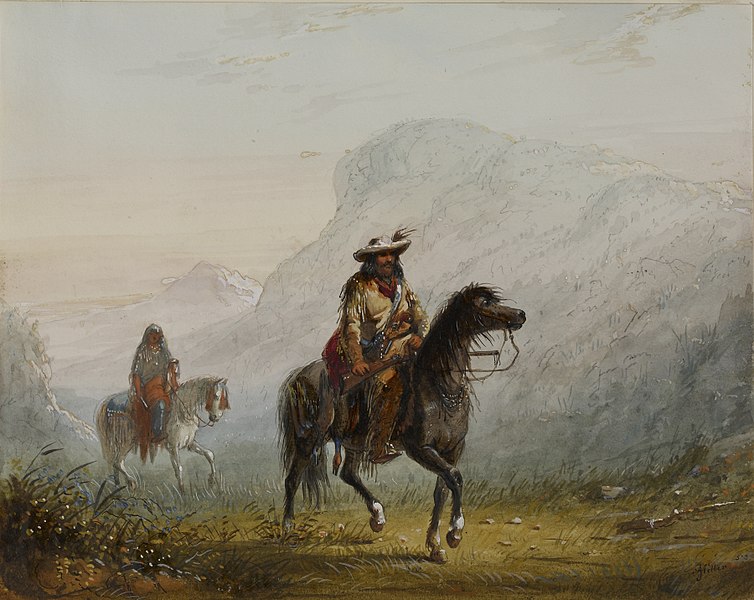 Joseph R. Walker famously mapped out and established a route of travel on the California trail. Many prospectors heading to California hoping to strike it rich took his route. Taking advantage of this, he made his money personally guiding groups of prospectors to safety. As time went on he developed the strong urge to explore the as of then unexplored areas of North America. Leading a party of men, he set out into the Great Salt Lake region of what is now Utah. It was a long journey, on which they crossed many lakes, climbed many mountains and mapped out many unmapped areas. Joseph R. Walker was a true pioneer of the old west. His years of hard work eventually paid off. An expedition of gold prospectors he led stuck gold in Arizona. The boom town that grew around this gold discovery was named Walker after him. 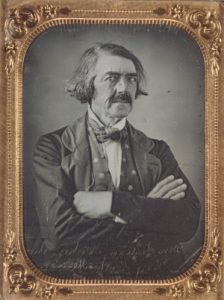 Like many old west mountain men before and after him, James Kirker was an immigrant. Born in Ireland, he emigrated to America at the age of just 16 to avoid military service. Here he worked briefly as a pirate, raiding ships off the North American coast during the war of 1812. But as the war came to an end he needed a new form of employment. So Kirker joined a fur trapping expedition heading up the Missouri River. This decision was monumental. He spent the next decade trapping and trading fur in the Rocky Mountains. Kirker was a great horseman and survivalist, but also a great warrior when he needed to be.

After moving to Mexico to marry another woman without divorcing his wife, he was employed by the Mexican government to fight Apache raiders. They would pay him for each Apache scalp he brought back to Mexico with him. So he raised a force of 200 men and massacred as many Apache men as he could. But he killed so many Indians the local government in Mexico could not afford to pay him. 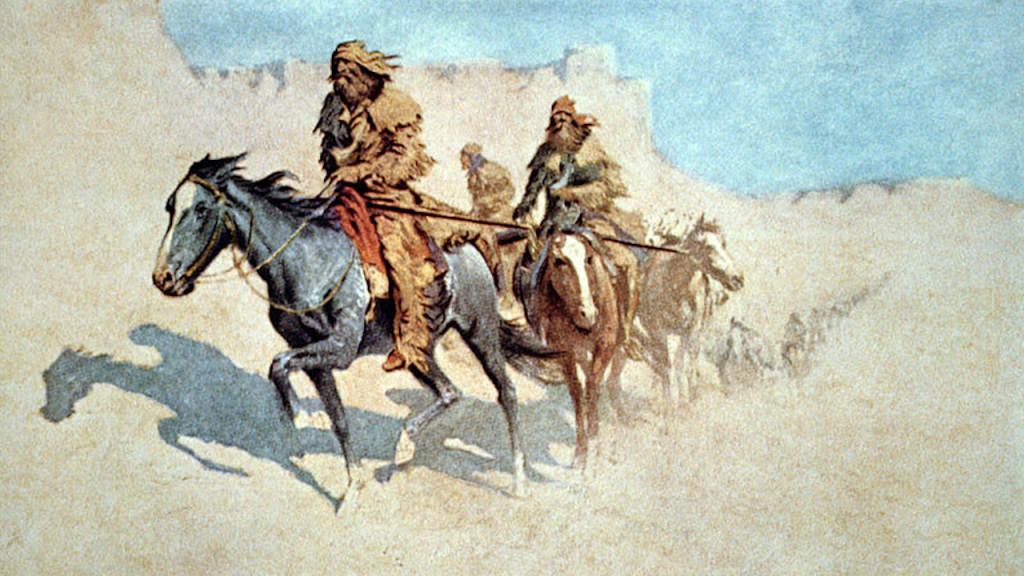 George Ruxton was a British army officer, who later went on to become an explorer and travel writer. While in the United States he observed how settlers were expanding westward into the new American territories. During this period he became massively interested in the lives of mountain men living in the wilderness. In getting to know some and experience their way of life, he in effect became one, spending a great deal of time in the mountains. He fell in love with the mountain man way, resigning from the military and becoming a mountain man in northern Canada. 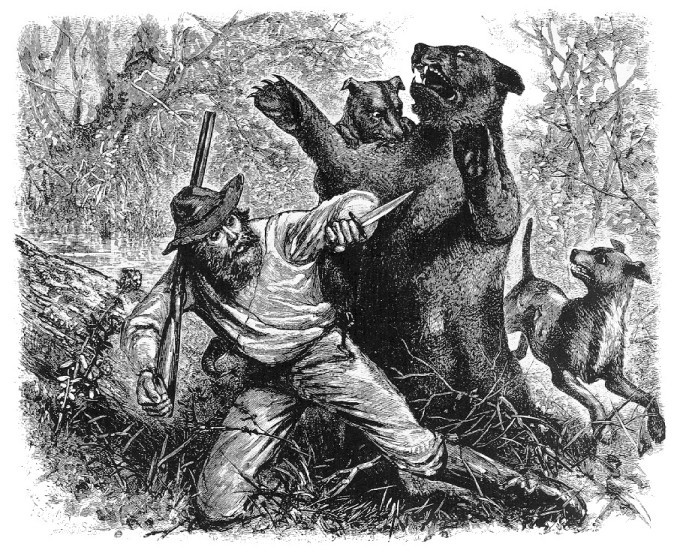 As mentioned earlier, Hugh Glass was made famous in a movie called the Revenant. While on a fur trapping expedition, he was attacked and mauled almost to death by a large bear. Somehow surviving the attack, he was then abandoned and left to die by those accompanying him. Without supplies or weapons the injured Glass slowly crawled 200 miles to safety. After recovering from his wounds back at civilization, he set out for revenge against those who abandoned him. According to the most widely told story he forgave one of the men. The other man had enlisted in the army, meaning Glass was forbidden by law to touch him.

Denied the revenge he had long dreamed of, he warned the man that if he ever left the army, Glass would kill him. And so the true story of Hugh Glass is more tragic than even the movie depicted. But the tragedy of his story ensured he would be among the most famous Old West mountain men. He spent the rest of his days as a lonely hunter and trapper.