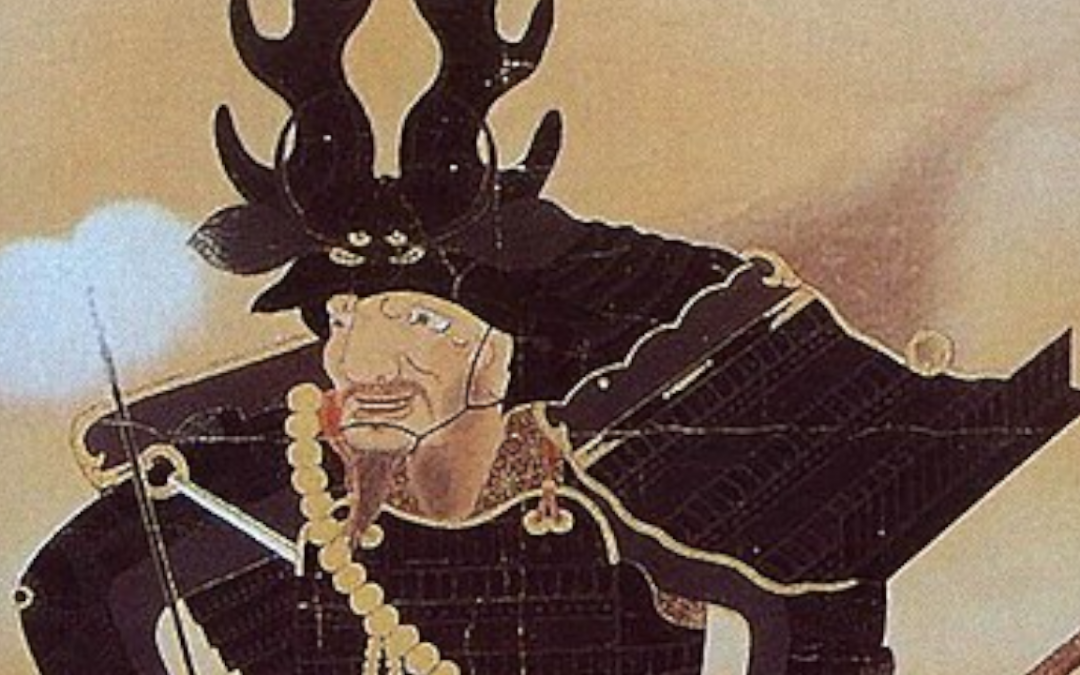 Samurai are widely regarded as the greatest warrior class in history. Raised for warfare, the Samurai were not allowed to work a regular job. Instead they were intended to spend most of their time training for, or reflecting on, combat. It was a high ranking social class that you were born into. And the only way out of being a Samurai was death. Forged with the best steel in Japan, the Katana sword is now famously effective. Many of them engaged in duels with other members of the class. But just like the Spartans or Comanche, not all Samurai were equal. So who were the greatest samurai from history? While the answer is subjective, a handful of them have gained a reputation that has endured through the ages. Here are some of those samurai. 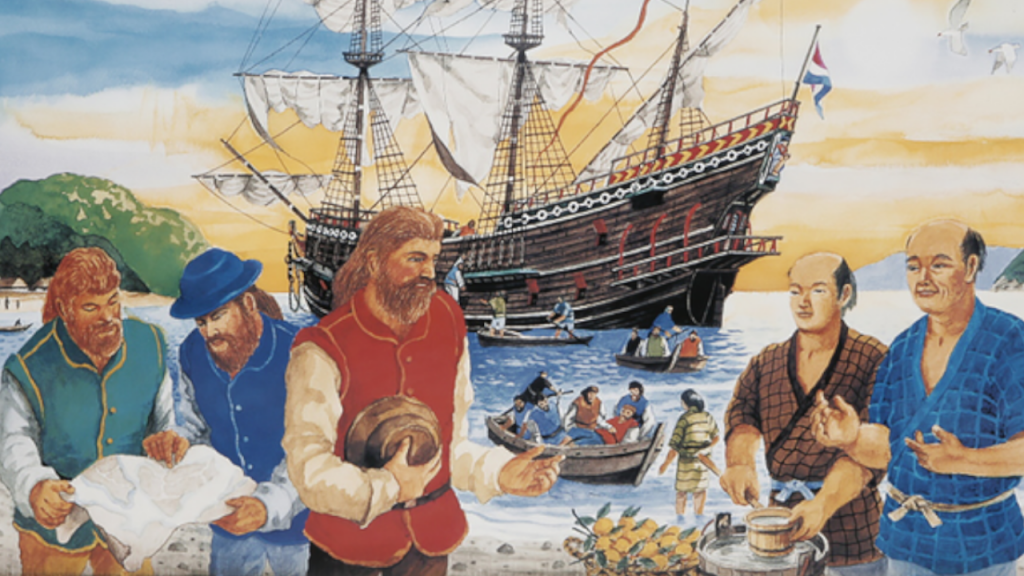 William Adams might not sound like a Japanese name, and that’s because it isn’t. He was British – the first Brit to ever reach Japan. Surviving a shipwreck off the coast of Japan, he washed ashore and was rescued. When taken to the Japanese Shogun, Adams became an object of fascination. He and the Shogun spent hours on end discussing life and religion. Then the Shogun made use of him, commanding Adams to build a fleet of western style ships. Leading those new ships in expedition, he opened up Japan for trade in a way it never had been before. Pleased with his new English subject, William Adams was made a samurai by the Shogun. He was actually one of the few foreigners to ever be granted the title of Samurai.

When all his adventures were done, Adams lived a life of luxury in Japan, with servants and a lot of land. He was a close friend of the Shogun and one of the most powerful men in Japan. Not bad for a foreign peasant who washed up on a beach one stormy night. 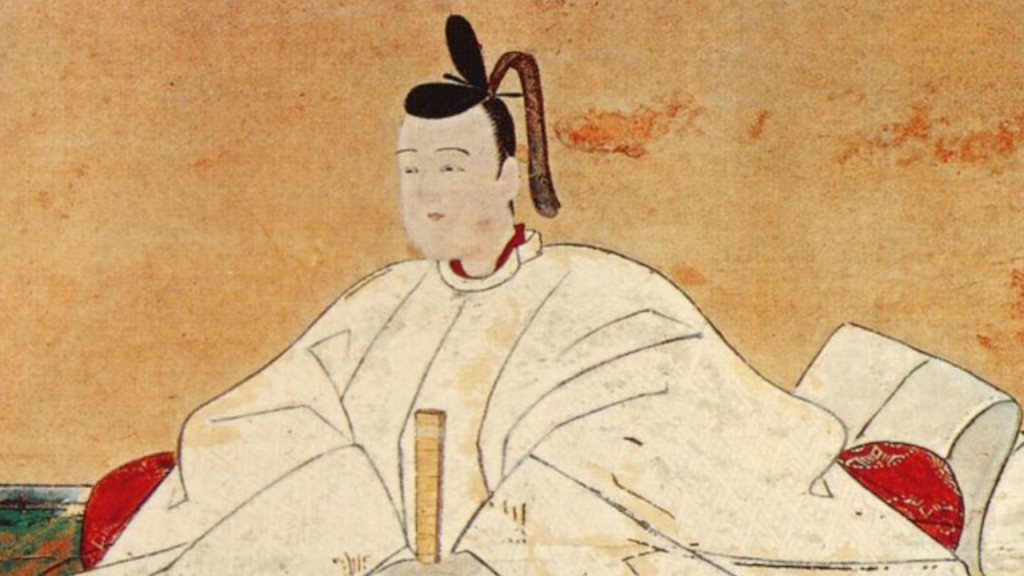 Toyotomi Hideyoshi rose from being a lowly peasant to becoming one of the most powerful lords in all of Japan. Entering into the service of a wealthy lord, Hideyoshi distinguished himself through cunning and intelligence. From a foot soldier, he was personally chosen to become a Samurai. This alone would have been impressive. It was every peasants dream. But for Toyotomi Hideyoshi it was just the beginning. Before long he was leading actual armies and winning impressive victories. Playing lords against each other, he capitalized on rivalries that already existed, only to improve his own position. Eventually he arranged to have himself adopted by a lord, inheriting titles and becoming a noble. This all continued for quite a while, and along the way he continued to gain power. Today he is remembered among the greatest samurai in history, having become it’s unofficial ruler and chief advisor to the emperor.

Tomoe Gozen was a great female warrior of 12th century Japan. Little detail is known of her background. She was certainly beautiful and intelligent, and born to a powerful lord. Somehow she came to be a warrior, and commanded troops in battle. In 1182, she led just 300 men against an enemy force of 2000. Through decisive leadership, she was victorious. This is just one story from her incredible life. Tomoe Gozen actually personally killed many other great samurai leaders. You might be surprised to see a woman named one of the greatest Samurai, and it’s true that very few women were honored as heroes in Japanese history. But there were some recorded by history, usually ones who achieved especially great things. 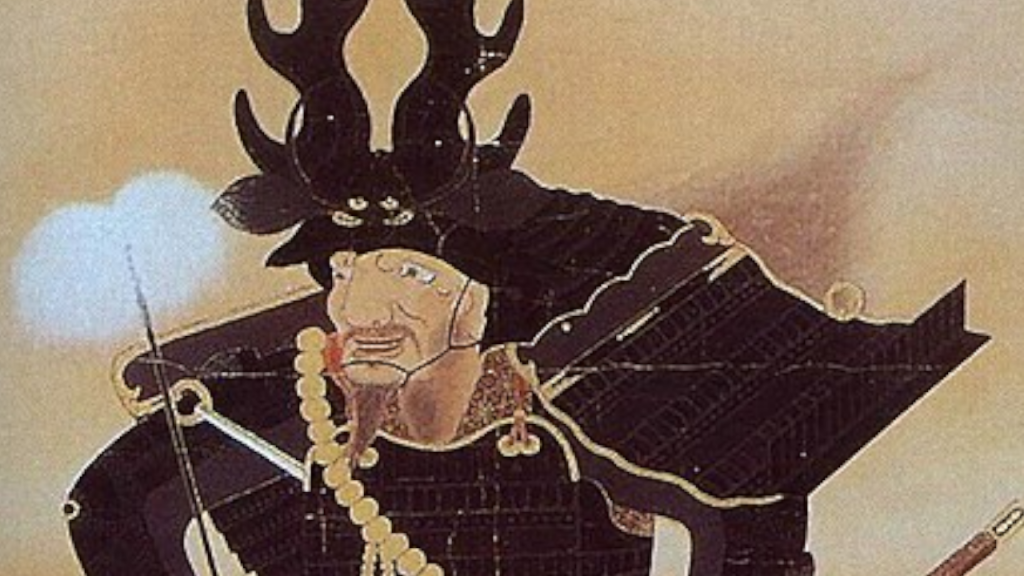 Serving the great Shogun Tokugawa Ieyasu, Honda Tadakatsu played a key part in many pivotal battles. At one point there was a crisis and Ieyasu needed to retreat from battle in order to fight another one. Fighting off two enemies at once, he left Honda Tadakatsu with a small force to fight the first battle. Though outnumbered by the enemy, Honda and his men fought bravely. Honor and valor was valued incredibly highly by all Samurai. So when the enemy commander witnessed the opposition, he ordered that no man should harm Honda Tadakatsu. And so he survived, remaining the single most reliable general Ieyasu had. 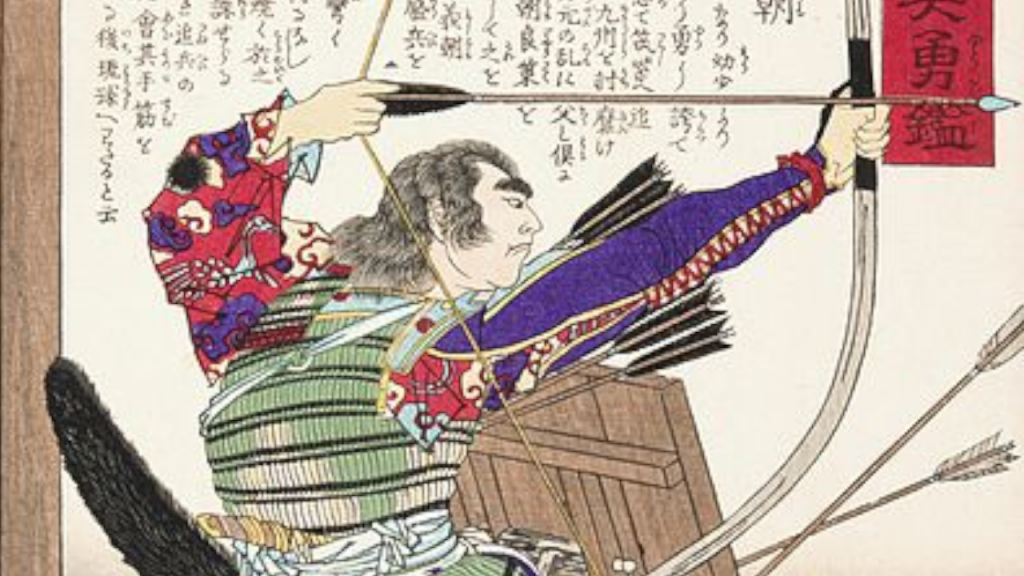 Minamoto No Tametomo is said to have been the most feared archer in all of Asia. According to legend he was born with one arm longer than the other. Minamoto’s left arm was a whole 5 inches longer than the right. This at first might seem like a disadvantage when it comes to military matters. But it just so happens this arm disparity enabled him to aim a bow and arrow better. Pulling the bow back further, his arrows were simply more powerful than anyone else’s. Much of his story has been absorbed into folklore. It’s actually difficult to know for certain what is real and what is simply legend. But according to tradition, he was so feared that his enemies cut the muscle from his arm. This way he could never again fire a gun. 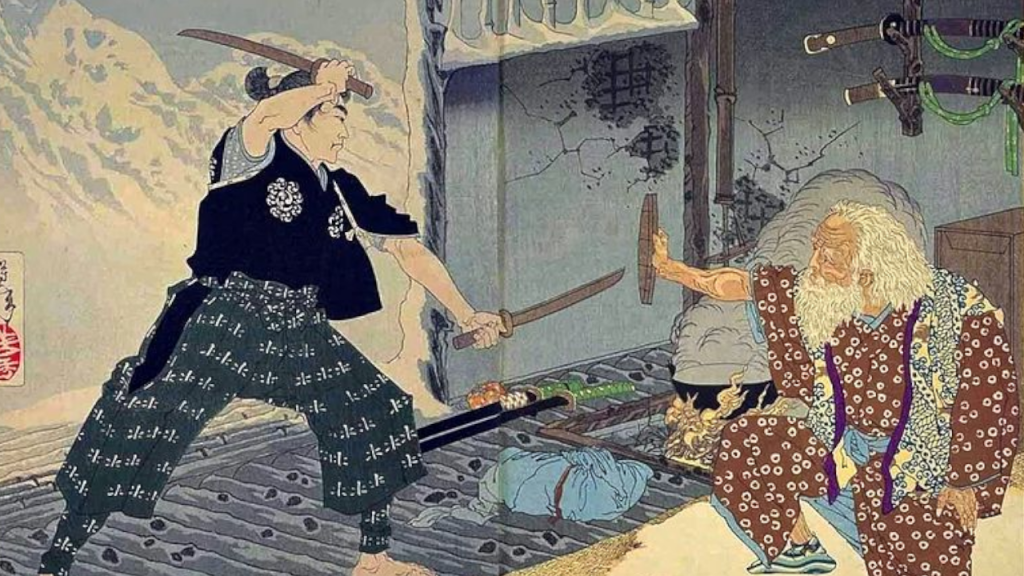 Everyone has heard of the great swordsman Miyamoto Musashi. But because he is so famous, many of the greatest samurai have gone forgotten in his wake. Tsukahara Bokuden is one of those forgotten greats. A legendary fighter, Bokuden competed in 19 duels and fought in 37 battles through his life. During all of this, he was undefeated. That’s right, he never once lost. He even developed his own style of sword fighting, and taught it to rich and powerful lords. This alone would have made him a legend of Japanese history. But later in life he also took to philosophy. Bokuden taught that it was always better to resolve conflict without fighting. People would come from all over Japan and challenge him to a duel. Only to find he had renounced violence. 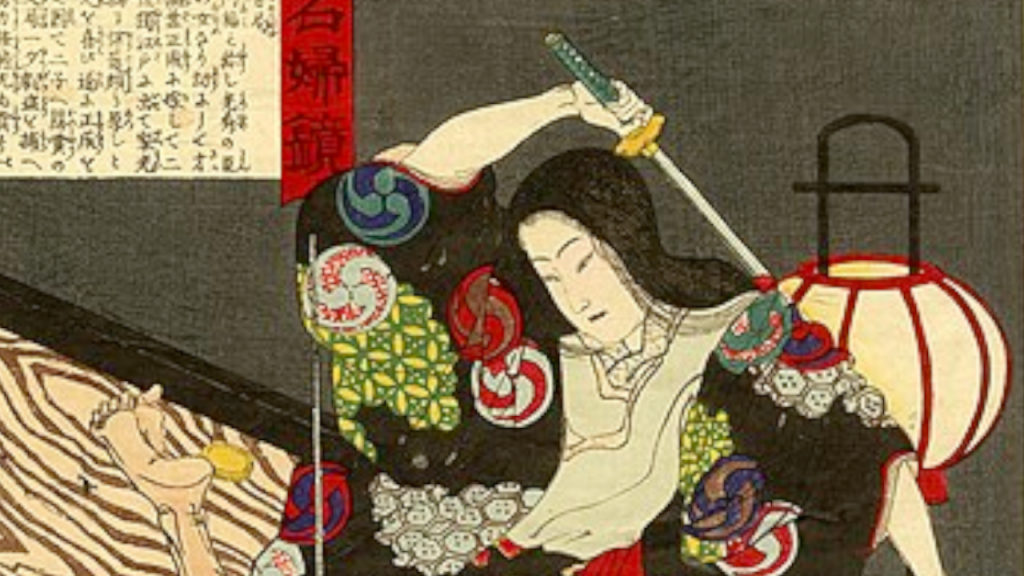 Lady Kasuga was a female warrior and prominent political figure in 17th century Japan. Born into a samurai clan, she was raised in the manner of a high ranking noble. As an adult her training paid off. She and her husband worked together to get what they wanted, playing an equal role in warfare and politics. But then one day she divorced her husband and became wet nurse to the son of the Shogun. This naturally made here a very influential figure within Japanese society. Building upon this she slowly worked her way and the emperor himself made her a lady. Before going into politics she was also a fighter, engaging numerous sword battles and always surviving to tell the tale. 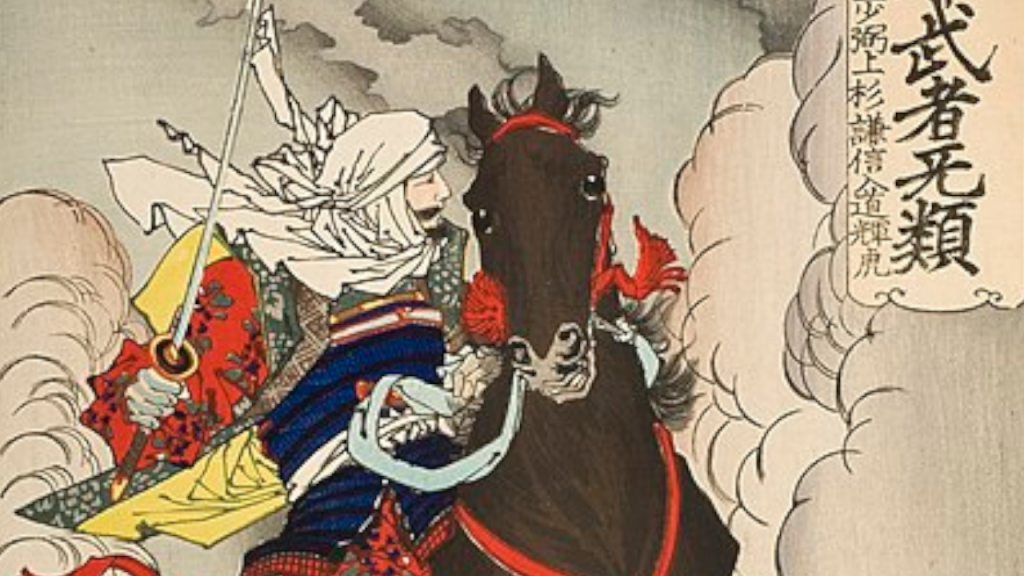 Known as the dragon of Echigo, Uesugi Kenshin was a ferocious warrior. He was the son of a tribal chief in northern Japan. But when his father died, Uesugi Kenshin needed to fight to protect the territory he had inherited. It was during this time that Kenshin realized he had a natural talent for strategy. In short time he not only took control of his fathers lands, but over much of their neighboring provinces. This of course made him numerous enemies and from then on Uesugi Kenshin was under constant threat of attack. But every time an attack took place, Kenshin simply launched a defensive campaign. He was so good many believed him to be an incarnation of the Buddhist god of death. 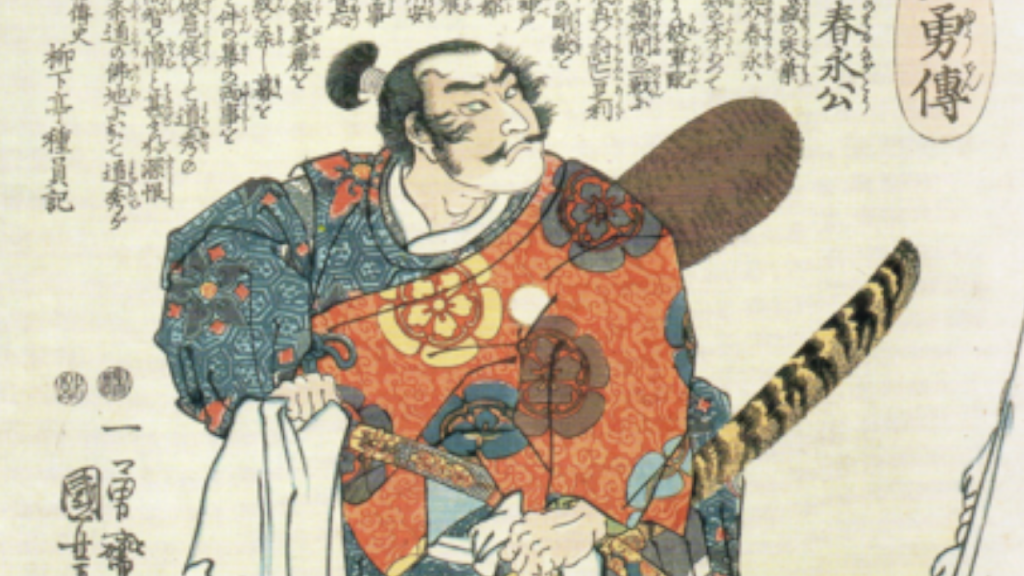 Oda Nobunaga was the son of a respected leader who died when he was just 16. From that day, Oda Nobunaga became the ruler of his father’s province. Due to his age and reputation as a drinker, almost everyone underestimated him. But he understood that things were changing. Recent European arrivals had introduced guns to Japan, yet most samurai were reluctant to use them. Nobunaga however was not so reluctant. Arming his forces with rifles, they cut down the enemy who foolishly relied more on swords and arrows.

It was a time of great tribal warfare and to maintain his position Nobunaga had to fight off numerous foes. But this aggression and surprisingly good military instinct always won the day. His aggression in war earned him the nickname Demon King, and he is now seen as one of the greatest Samurai ever. Crushing all opposition, he became a full fledged daimyo and arguably was the first leader to unify Japan. 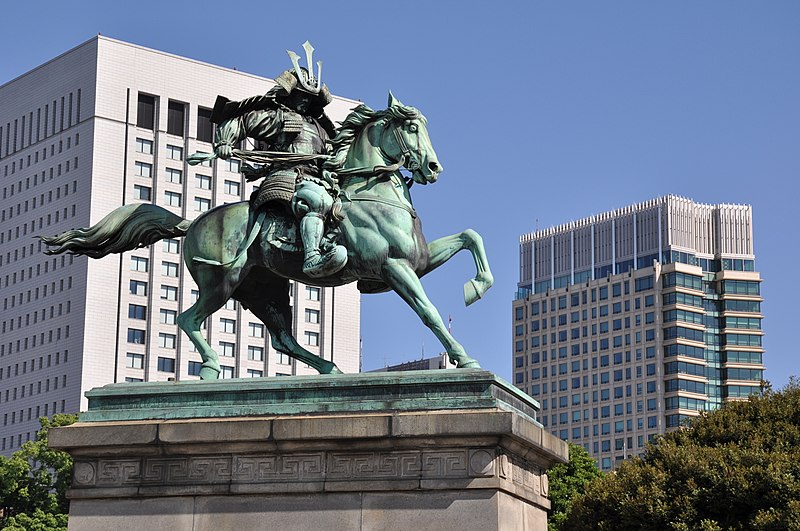 After his death, Kusunoki Masashige would go down in history as the ideal Samurai. Young Japanese nobles would study him and his tactics, hoping to be somewhat like him when they grew up. But in truth no one was able to even come close. We don’t know much about his background. But he helped defend Japan from an attempted invasion from the Mongol empire. He was a fairly ordinary samurai until 1331, when the emperor attempted to retake power from the Shoguns. The plan failed and the emperor fled. This awakened something within Kusunoki Masashige, and he publicly pledged loyalty to the deposed emperor. Many other samurai and foot soldiers followed his lead, and the emperor suddenly had a chance of survival.

Kusunoki Masashige was no ordinary tactician either. When the emperor was captured by the shogun, Masashige burned down his own castle to pretend he and his forces were dead. Then he used the element of surprise to catch the enemy off guard, cutting off their supplies and chocking them off. And so Kusunoki Masashige would go down in history as a legend.