10 Most Fierce Enemies of Rome – From Hannibal To Boadicea 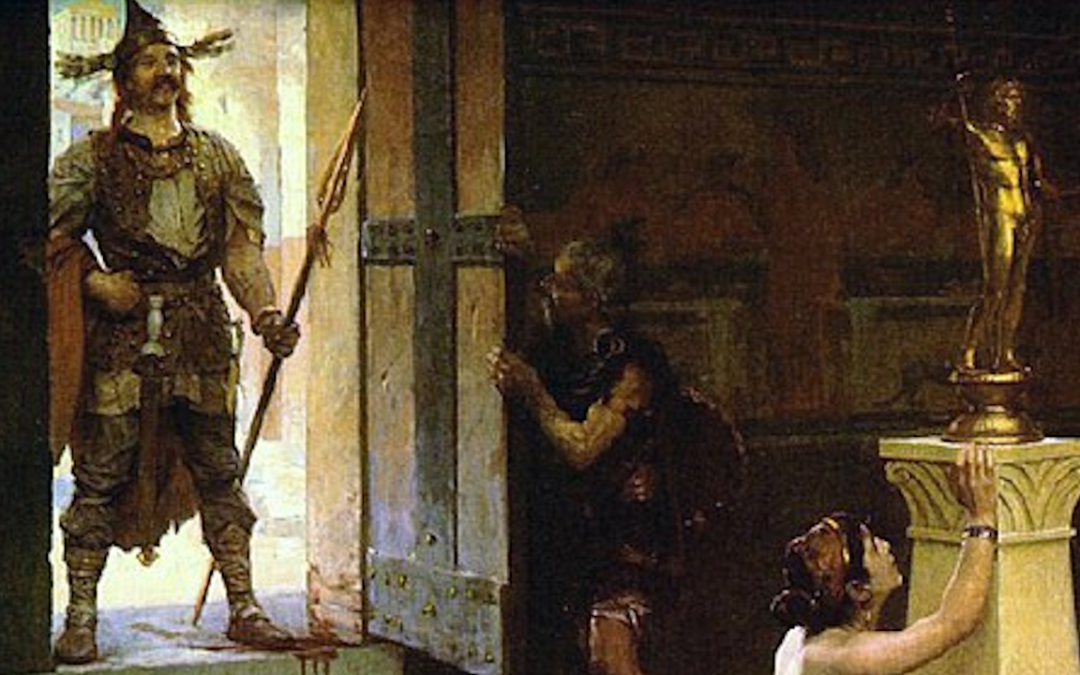 The Roman Empire was the sole superpower of the world for much of it’s life. It was an empire the likes of which had never been seen. At it’s peak the empire stretched from England to Iraq. From Belgium to Egypt and beyond. The fate of tens of millions of people relied on the progress and prosperity of the Empire. It’s rulers and political process was of almost sacred and religious importance to Roman citizens. But as always with that kind of sheer power, difficult decisions needed to be made. Rome had many enemies, anyone who resisted annexation of their land or who at times refused to submit to the supremacy of Rome would be treated brutally. But not all enemies of Rome were equal.

Some surpassed all in their effectiveness in battle, their persistence, or even just by their sheer boldness. Some were leaders of barbarian tribes in distant lands. Others were rebels from within Roman society who went rogue, or slaves who broke free from their bonds and declared themselves free men. This is a list of the ten most fierce enemies of Rome to ever face down the empire. 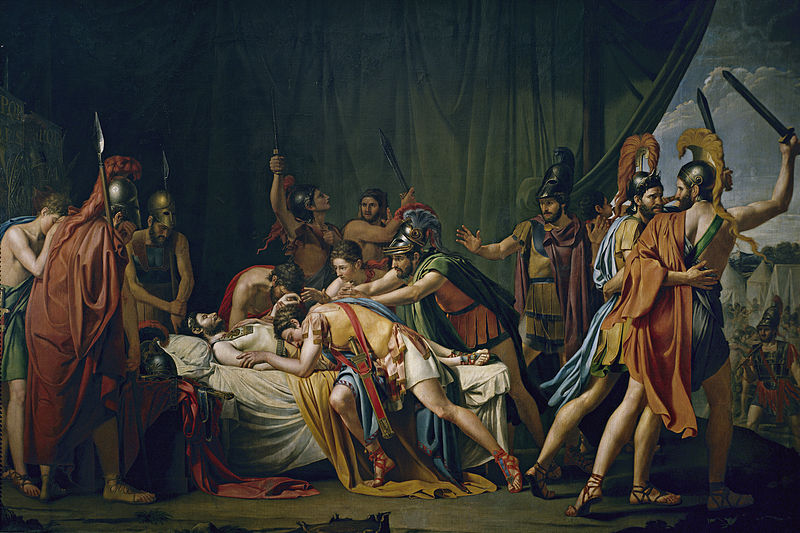 Viriathus was leader of the Lusitanian people, a group native to what is now Portugal. Under his leadership, they fiercely resisted Roman expansion into that part of Iberia. Forming alliances with various other native groups across Iberia, a united front now faced the Romans. With most tribes in the area joining forces, the Roman military was defeated several times. Everywhere the Romans went, Viriathus and his allies would harass and destroy them. It got so bad Rome had to sue for peace with the Lusitanians. Realizing this charismatic leader was responsible for this, the Romans conceived of a cunning plot to take him out. They bribed a group of Lusitanian envoys to assassinate Viriathus on returning to Iberia. Only after his death was Rome able to subdue the Lusitanian people, and even today Viriathus is revered as a folk hero of Portugal. 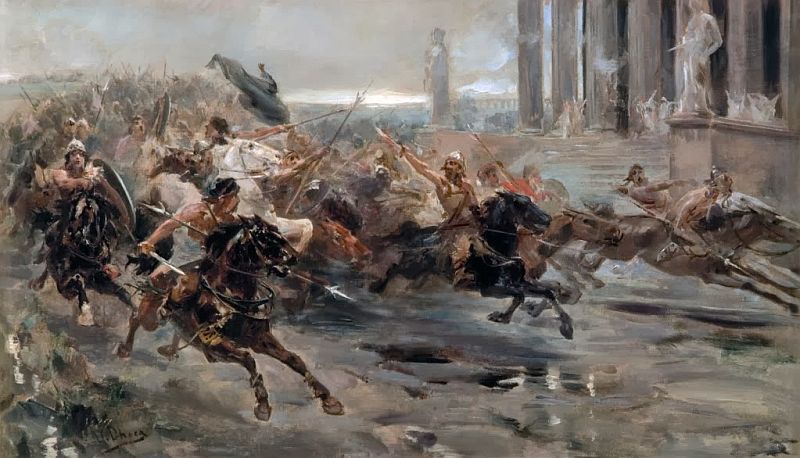 Few figures from history have gained the notoriety of Attila The Hun. Just the name Attila conjured up images of a bloodthirsty barbarian king who took pleasure in killing his enemies. But as always, the true story is much more complex. Attila the Hun was a gifted political and military leader. Twice he led his army into the Balkans where he sacked and rampaged to his heart’s desire. At one point he even invaded Persia, the only empire strong enough to rival that of Rome. But his true target was always Rome. Invading mainland Italy, he savaged it’s northern provinces, killing any who got in his way. It got to the point where the Roman emperor agreed to pay him an annual sum of gold just to ensure Attila would not invade again. It’s fair to say few enemies of Rome have ever been so feared as Attila the Hun. 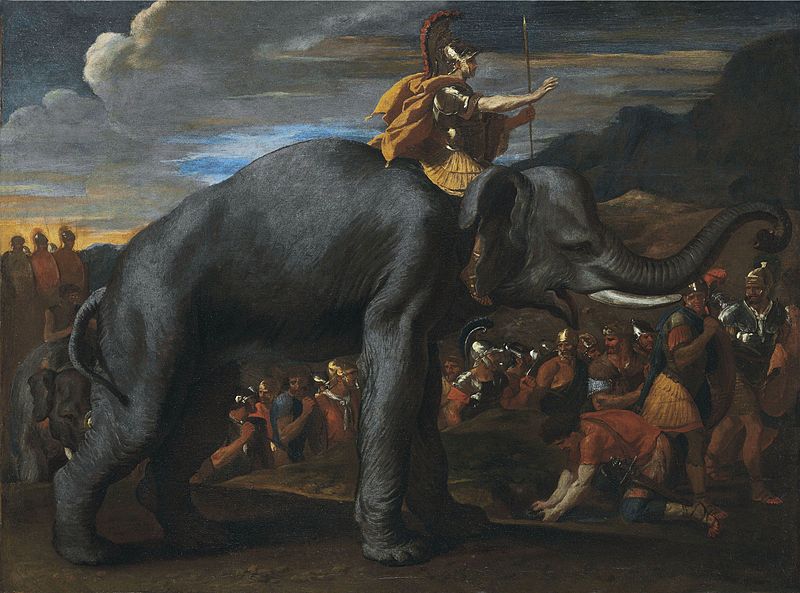 Before Rome was even a regional power, the Mediterranean was run by the Carthaginian empire, a North African power based in what’s now Tunisia. With them and Rome both wishing to expand into Spain and Sicily, war was inevitable. But Carthage did not go down easy. Led by the great general Hannibal, a Carthaginian army complete with war elephants invaded Italy. Marching from Spain over the mountains, he launched an ever moving campaign of destruction against Rome, decimating farmland as they went. In battle he repeatedly defeated Rome, including the biggest defeat in Roman history. That was the battle of Cannae, in which the heavily outnumbered Carthaginian force surrounded and slaughtered every Roman soldier on the battlefield. While Hannibal was eventually defeated, and the entire empire of Carthage destroyed, there was a time when it was feared the opposite might happen. Hannibal indeed came very close to tearing Rome apart. 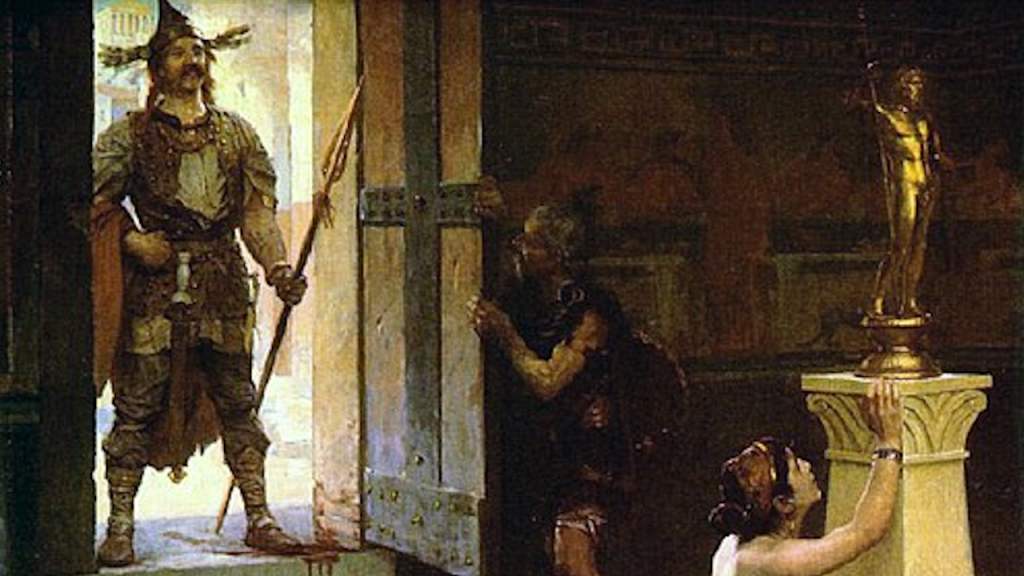 One of the few enemies of Rome to actually visit the capital city, Brennus and his army brutally sacked the city, stealing much gold and taking many slaves. After defeating the Romans in battle, he demanded a large tribute be paid before his army leave. The sum agreed was a thousand pounds of gold. But after the thousand pounds had been given, Brennus demanded more, stating “Woe to the conquered”. And so he and his forces eventually left the city, having occupied it in it’s entirety for several days. Little about his life after the invasion is known. But he has forever since been notorious for defeating Rome in the battle of Allia and the subsequent plundering. Before the ultimate fall of Rome, Brennus’ sack of Rome was the only time in eight centuries the city had been occupied by a foreign force. 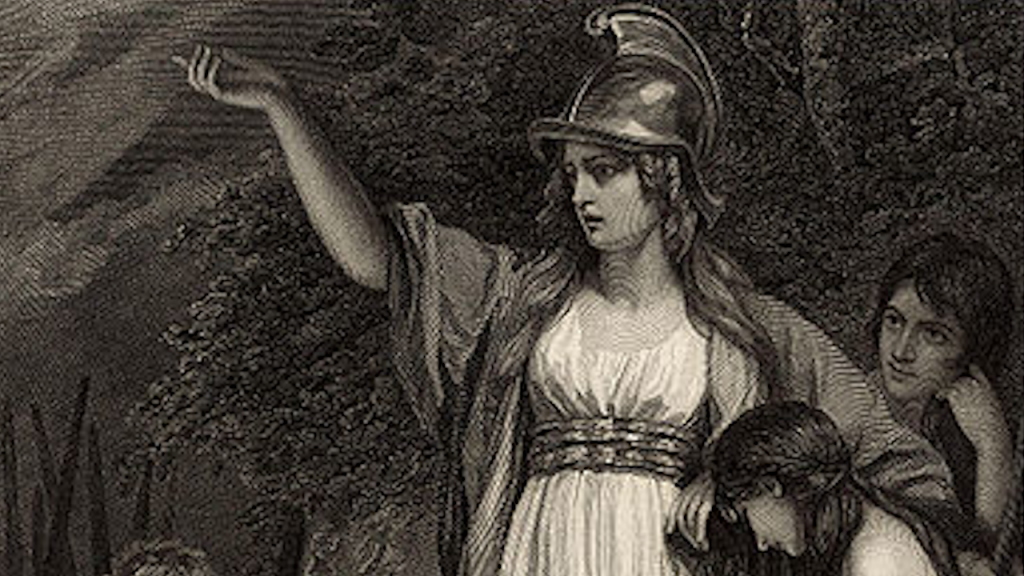 Boadicea was queen of a Celtic tribe in Britain called the Iceni. While her husband, the king, was alive, the tribe had a deal with Rome. According to that deal, the Iceni kingdom would jointly be ruled by his wife and daughters on one side, and Rome on the other. But after his death this deal was ignored. Rome annexed the whole kingdom for themselves. When Boadicea complained she was flogged and her daughters raped as punishment. She had been disgraced but was still a great queen. Boadicea raised an army made up of Britons from various Celtic tribes, both English and Welsh. With this new army, she led a rebellion. They attacked three cities, totally destroying two of them.

During her rebellion an estimated 70 thousand were killed by the army she led. It got so bad Rome genuinely considered pulling out of England entirely. Eventually the Roman governor of England regrouped his forces and defeated the Celts. Boadicea took her own life on realizing defeat was imminent. Of all the many enemies of Rome none have gone down with the hero worship modern English people have for her now. 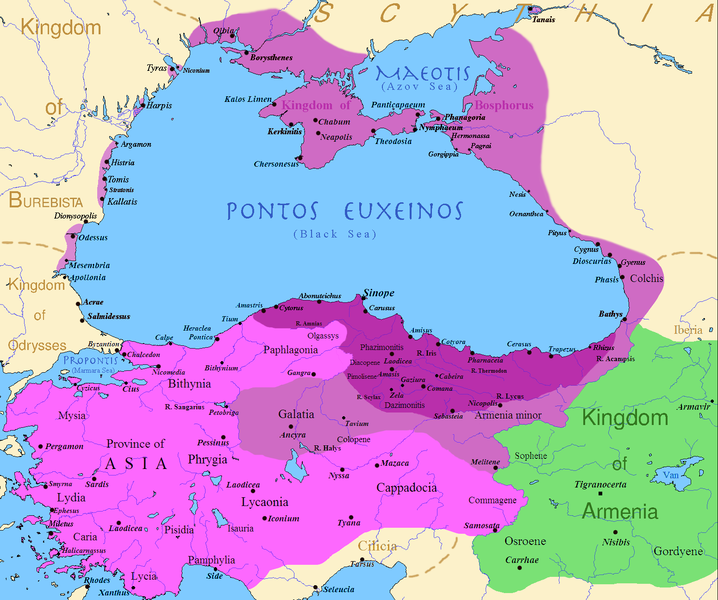 Shortly before Rome become an empire, it faced a series of formidable opponents in Europe. In what is now Turkey and the Crimean peninsula was the kingdom of Pontus. This geographic position enabled it to dominate the black sea, making Pontus vastly wealthy. Rome of course could not accept this, and launched a series of campaigns to annex the region. But Pontus was ruled by Mithridates, a skilled political leader. Having faced down power struggles and challenges to his thrown, he was willing to do whatever necessary to maintain the independence of his kingdom. Under his rule, the kingdom of Pontus tripled in size and it got to the point where it was a genuine rival to Rome. In battle he faced down three of the greatest generals Rome has ever produced: Pompey, Sulla, and Lucullus. Eventually Rome was victorious, but only after Mithridates was murdered by his own bodyguard. 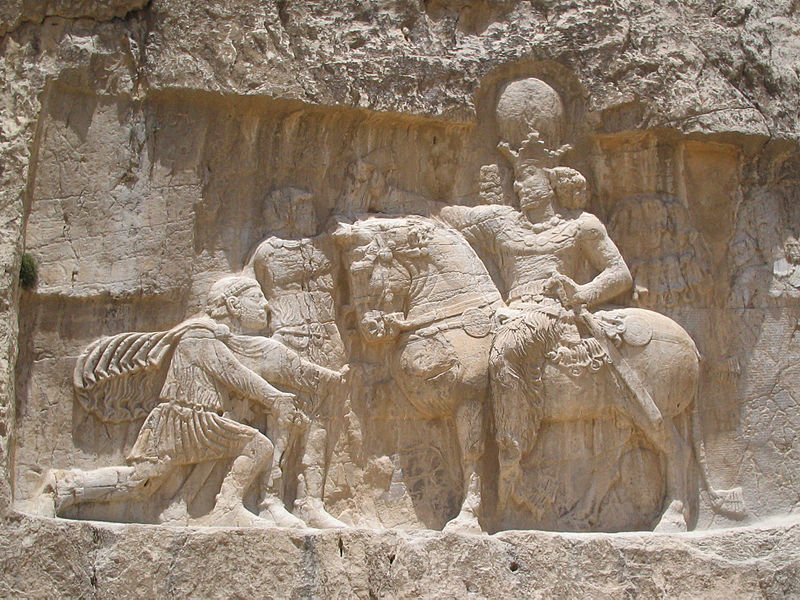 Surena was a military commander of the Persian Empire. Persia being the only power to continuously be a legitimate power rival to Rome. There was a mutual respect and understanding that neither empire would invade each other’s land. Then in the year 53 BC that understanding was shattered. One of the most wealthy and respected Roman leaders, Crassus, led an invasion. Crassus desired military glory above anything else, and invaded Persia without Senate approval. But his foolishness would cost him his life. In one of the great defeats of Roman history, the Persian archers devastated the Roman force. This prevented them from advancing in formation, and in the chaos of it all, they were surrounded and slaughtered.

To top it all off, Surena led a false retreat in order to divide the Roman army in two. Both Crassus and his son were killed, as were 20 thousand other men. As was standard for the enemies of Rome, the Senate authorized a revenge mission into the Persian empire to claw back some of their lost glory. It was not successful. Such a folk hero he became that the name Surena remains popular in modern Iran. 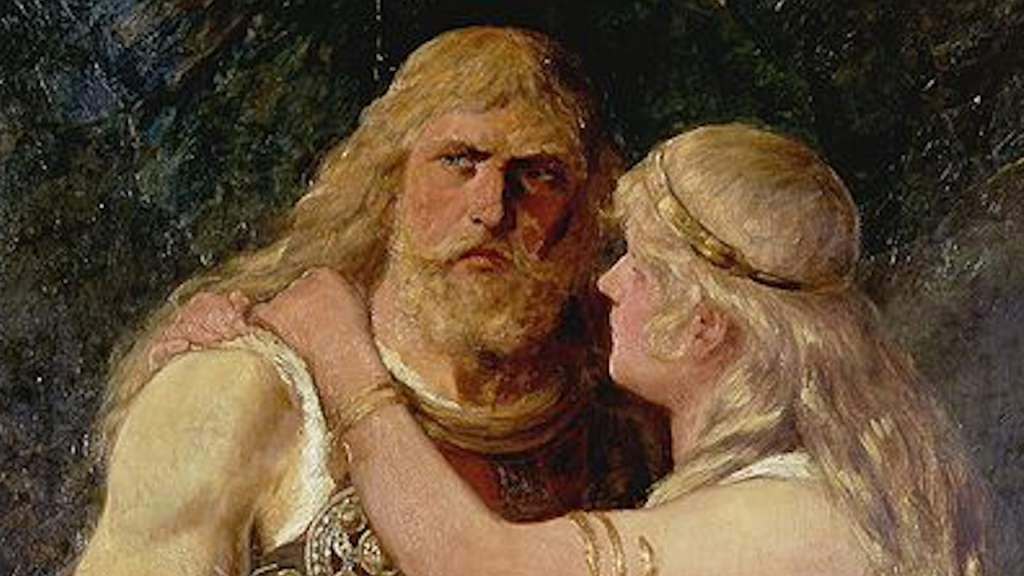 The son of a Germanic Chief, Arminius and his family were taken captive at birth and raised in captivity in Rome. In Italy he was technically a slave. But as the son of a chief he was afforded some respect, given a military upbringing like any other Roman of noble stock. He was trained and taught military and civil doctrine. As a young adult he was drafted into the Roman military, during which he showed considerable skill and was awarded Roman citizenship. At the time Rome was attempting to further expand into what’s now Germany, hoping potentially make all of central Europe their land. Arminius was sent to assist the Roman leadership in Germania. But feeling his blood and linguistic ties to other Germans, he defected.

Now on the side of the Celts, he unified a large alliance of Germans and defeated the Roman advance northward. Historians have speculated what would have happened if not for this victory. They say, in theory, Rome would have had a clear path for expansion right into Scandinavia. Even if that’s not true, the defeat severely damaged the prestige of the empire and hastened it’s decline, cementing Arminius as one of the most incredible enemies of Rome. 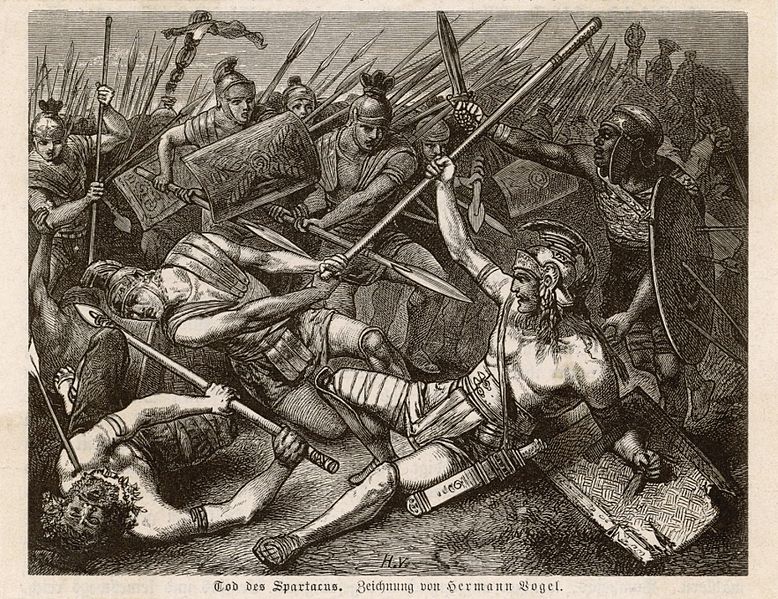 Spartacus, the one name of this list you’re 100 percent guaranteed to have heard before. Like many before him, Spartacus was captured as a slave and taken to Rome where he was forced into being a gladiator. Little detail is known about him as an individual. What we know is he led a rebellion of gladiators and other slaves that threatened the very survival of Rome. The revolt lasted more than two years, and the longer it went on the more rebels joined the cause. It was said Spartacus was a strategic genius, outmaneuvering his Roman opponents at every turn. As was inevitable, Rome eventually crushed his slave rebellion. But where the Spartacus the man died on the battlefield, Spartacus the folk hero was born. 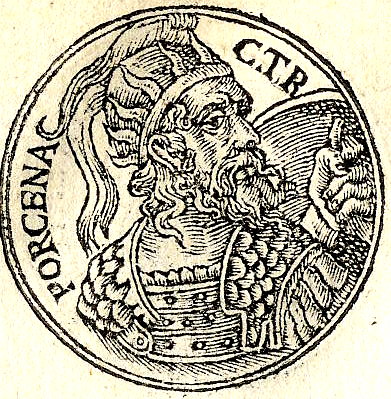 Before Rome was an empire or even a serious regional power, it was but a small fish in a big pond. There was a time when Rome was just one city, surrounded by other cities and kingdoms more powerful than her. And even in those days there were deadly enemies of Rome. One of them was called Lars Porsena, king of another nearby Italian people called the Etruscans. Ruling over several cities in ancient Italy, he attacked Rome on multiple occasions. Different historical sources give very different versions of what happened. Some say he successfully invaded and occupy the city. Either way, it was not the last time he went to war with Rome. Whatever truly happened, the memory of Lars Porsena was firmly engraved on the mentality of the Roman Republic.