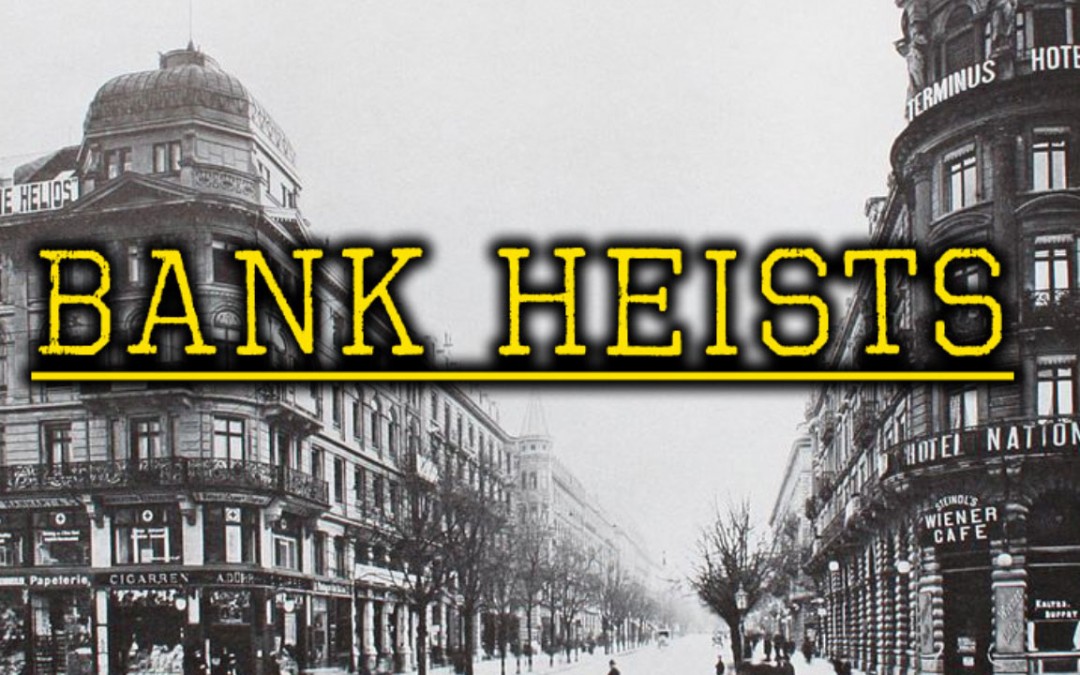 10 Most Interesting Bank Heists: A major bank acts as a homing becon for crimminals. So there has been billions of dollars stolen in bank heists over the years. There have been all kinds of bank jobs and robberies. Sometimes banks were robbed by angry communists looking to fund a revolution. Sometimes bank robberies are just for the love of money. A lot of them are done out of desperation. People, like Saddam Hussein, can rob banks in order to fund their escape from a country. The story of the missing Nazi gold springs to mind. Oh and sometimes groups of hackers break into banking networks in order to steal over 1 billion dollars. 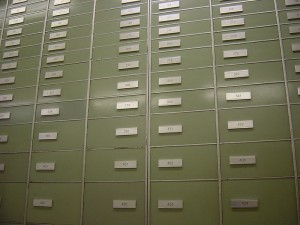 Safe deposit box: harder to rob than you think

The Knightsbridge security deposit box robbery took place in London on July 2nd 1987. It was led by Valerio Viccei, who had arrived in London one year earlier – fleeing his home country of Italy where he was wanted on 50 charges of armed robbery. He and a friend entered knightsbridge safe deposit box centre and requested to rent a box. On being shown into the vault they pulled out guns and attacked the guard.

They hung a sign on the door which said the vault was closed for maintenance and simply stole 98 million dollars. Viccei fled to South-America. But when he later returned to England in order to retrieve his Ferrari, he was arrested by police. He was sent to prison in the UK but was extradited to Italy in 1992. He was shot dead during April of 2000 in a shoot-out with police. The shootout happened during he was on a day release from prison, so I think it’s fair to say that he was the greatest man to ever live. 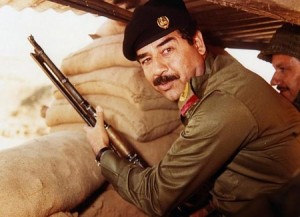 Saddam here looking about as noble as a hobo

At the very beginning of the Iraq war Saddam Hussein ordered his son to steal 1 billion dollars from the Iraqi central bank. According to the BBC this was just hours before the first British and American bombs hit Baghdad. No one knows what the money was used for but $650 million was found in a nearby palace. So much cash was stolen that 3 lorries had to be used as getaway vehicles. At the time Saddam Hussein was the dictator of Iraq, so he essentially stole from himself in the biggest bank job the middle-east has ever seen. The man was a moron. 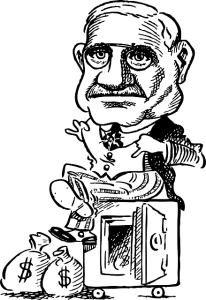 I couldn’t find a better picture. Get over it.

The bank of Australia robbery was Australia’s first bank heist. On the 14th of September 1828, a band of 5 robbers broke into the vault of the bank of Australia by tunneling through a nearby sewage drain that stretched underneith the foundations. They took 14 thousand pounds and got away with it until one of the members, named Blackstone, became a police informant.

In 1831 he gave up 2 other members. Only 2 as the others were either dead or had fled the country. The two men found themselves being sent to a prison Island. Blackstone was also sent to the island; he was found strangled to death 12 years later. I wonder who did it? 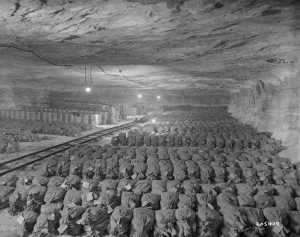 The Reichsbank was the central bank of Germany up until 1945 when it was replaced by another, equally dull institution. At the end of the war the bank was looted while Nazi Germany fell apart. Someone managed to steal 3 billion dollars… it was almost certainly the SS. 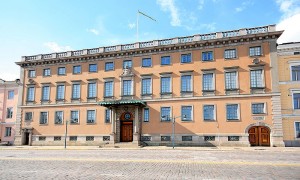 The Helsinki bank robbery took place on Feburary 26 1906. It was when Latvian socialists robbed a Russian bank located in Finland. A gang of 15 revolutionaries stole 170 thousand rubles (about 1.8 million US dollars in todays money). After they killed a guard three of the bandits were captured and one was shot dead. However, the money was successfully sent to Russia and used to fund the Bolshevik party. That’s right, the people who founded the Soviet Union. 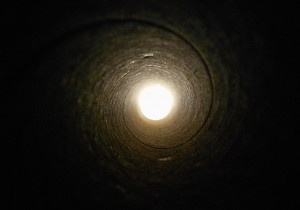 Straight to the bank!

In 2005 a group of men tunnelled into a bank in Brazil and stole the equivenant of 94 million dollars. After purchasing a nearby house they dug a 100 meter tunnel over a period of 3 months. As the tunnel led right into the vault, they were able to literally just take the money. Only 8 of the 25 suspects were ever arrested.

Luis Ribero was thought to be the mastermind but he was killed by kidnappers shortly after the bank heist. With him dead and most of the money still being unaccounted for… who really knows what was going on.

A US treasury bill. A bit like the ones stolen

On December the 14th 1934, 590 thousand dollars in United States treasury bills was stolen from the US trust company in New York. As the money appeared to just disappear out of sight and every single employee had an alibi, police assumed the bills had just been misplaced. But the next day 2 bills were exchanged for cash. This made the authorities think that someone may have stolen them after all.

In June of the next year, the FBI broadcast the serial numbers of the stolen, which led to the arrest of 9 men. The suspected mastermind, Charles Hartman, pled guilty to stealing 6 million dollars in this heist and others. 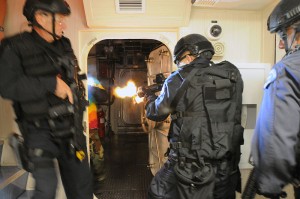 In 1997 a failed bank heist resulted in a deadly shootout between robbers and police. In North Hollywood two men entered and robbed a branch of the bank of America. As they were leaving, the LAPD arrived and the shootout began. One of the robbers was shot dead by police while the other committed suicide. Along with that, 11 police and 7 civilians were injured. A bunch of cars were destroyed and over 17 hundred rounds of ammunition was fired in an event that shook the world. 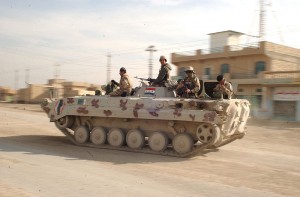 Iraq is just a tank playground at this point

For number 2 we are heading back to Iraq. In fact, back to Baghdad in 2007. In an epic heist three guards robbed 280 million US dollars from the bank they actually worked at. It is unclear how they managed to move so much money. But they are suspected to have links with terrorist groups since they were able to escape Baghdad without being searched at checkpoints. This is of course just one in a long line of recent Iraqi bank heists. 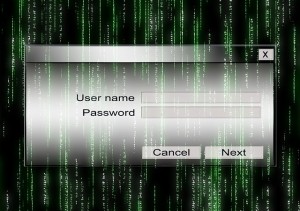 Over the past 2 years a computer hacking ring has infiltrated over 100 banks. A report from a Russian security firm revealed that a whole 1 billion dollars has been stolen from banks. The individual banks were located in more than 30 countries, which has led people to wonder if the worldwide financial system could be vulnerable to future attacks. Perhaps a league of hackers could ultimately wipe out the entire system, maybe even bigger bank heists are on their way.