10 Most Notorious Prisons Ever 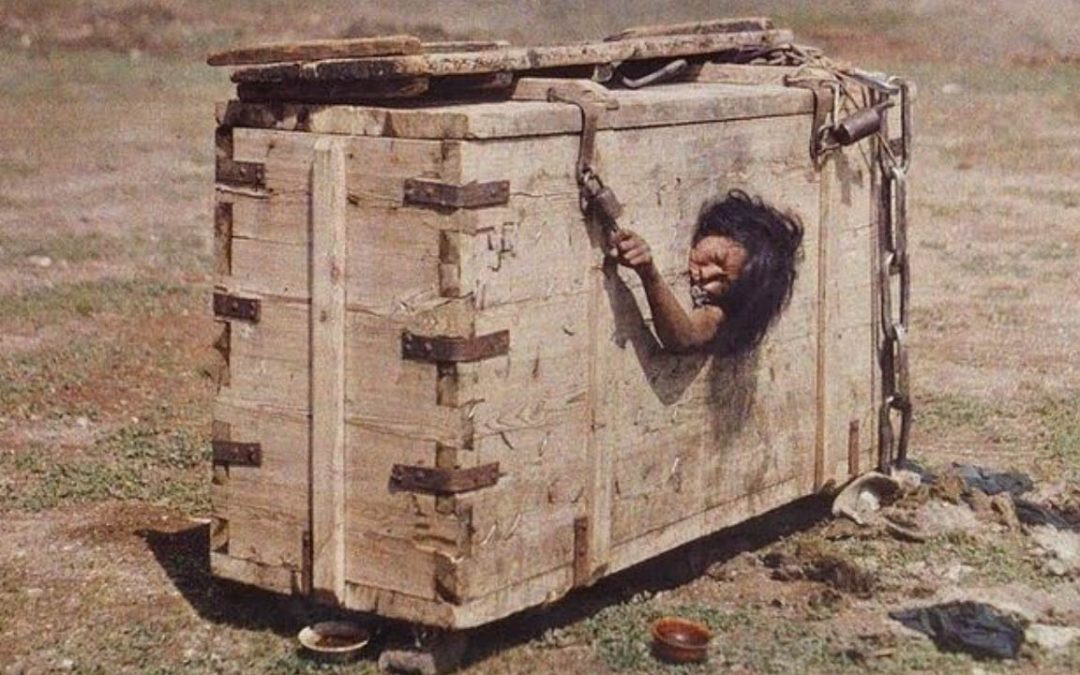 Prisons sound like dreadful places. I don’t know why anyone goes. Although the most notorious prisons no longer exist. They were shut down when the polar god gave us human rights. Today we look at some of history’s most notorious prisons, from Devil’s Island to the Black Hole of Calcutta. 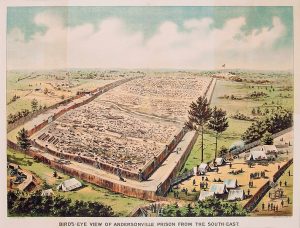 The American civil war saw numerous prison camps constructed to hold captured soldiers. They are remembered for being brutal, with tens of thousands dying in captivity. But by far the most notorious was camp Sumter. It was a confederate camp known for overcrowding. Sumter was built for ten thousand captives but eventually held 45 thousand Union troops. It was more of a concentration camp than anything else, with prisoners arriving by train and being herded into the stockades. Prisoners built their own shelter within the camp as others died around them. Thirteen thousand died here mostly from exhaustion and neglect.

Observers wrote about a time when one hundred corpses were removed from the camp daily. Some of them were murdered by other prisoners. Gangs formed within the camp to rob food from others. With gang wars breaking out within the camp, overcrowding and a lack of supplies, some tried to escape. This led to guards establishing a death line – a boundary that whoever crosses was shot dead. Camp Sumter was essentially a colony, being considered the 5th largest city in Confederate America. Local women were on occasion allowed to gawk at the starving captives in their makeshift city. When the camp was liberated it was difficult to distinguish between corpses and survivors, who were barely alive. The camp grounds are today said to be haunted by the ghosts of prisoners who took their own lives.

Devil’s Island was a famous prison colony of the French empire. For one hundred years it was one of the world’s most feared places. A small island just off the coast of South-America, the journey there alone was notorious. Prisoners were stripped of their identity and given a number instead of a name. They were then shipped to the island in cages like animals. On arriving shackles were placed on their legs. They would work, sleep, and be disciplined in shackles. Many attempted to escape but when caught would be locked in overcrowded rooms, and likely die before their punishment for escaping even began.

Prisoners were put to work by day with even injured prisoners being forced to work in the jungle. They would regularly be beaten or locked in solitary confinement for at least six months, as was the minimum term. Many sent to Devil’s Island soon lost their minds. But with shark infested waters surrounding the island, escape was almost impossible. References in fiction made Devil’s Island notorious as a colony of the damned. It was closed in 1953.

In the mid 18th century the East India company was more powerful than some countries. In Calcutta they built a fort to protect their interests locally. But the local Indian ruler besieged the fort. Those inside were thrown into a small dungeon known as the black hole of Calcutta. Survivors accounts tell of around 150 captives locked in a dungeon so small they could barely close the door. It wasn’t long before most died of suffocation. They were locked inside for just one night. But by the next morning just 21 were still alive. A monument to those who died now stands in place of the black hole of Calcutta. 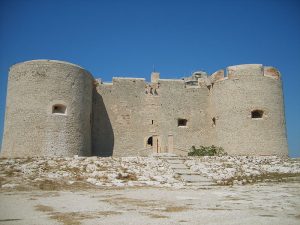 In the count of Monte Cristo, Edmond Dantes is sent to a remote prison known as inescapable. Well that prison one existed in reality, on a small French island. A fort was built on the island in the 15 hundreds. But as it was never actually needed for defensive purposes, was transformed into a prison. For three centuries it was feared as a place where people were locked away until death. Political prisoners could be sent here just for saying the wrong thing. No one ever escaped from the prison. Those who got past the thick castle walls were frowned by the strong current. 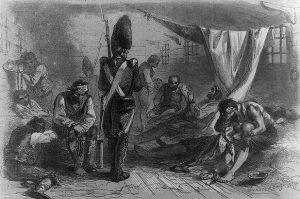 In the American revolution, captured rebels were kept in various places. Many were kept in prison ships. Such ships would be stripped and filled with prisoners. Overcrowding and neglect would give notoriety to British prison ships. The most notorious was the HMS Jersey. Those kept on board knew it simply as “Hell”. As guards were known to sell prisoner rations for their own financial gain, captives would often die of starvation. What food they did get was worm infested and rancid. Between 6 and 14 prisoners died per day on board. One thousand were kept on board at any one time and the ships total death toll was 11 thousand. That’s about three times as many Americans who died in battle.

The Tower of London

To me all of London is terrifying. But if I were a 17th century renegado the tower of London would be especially scary. It wasn’t built as a prison buy over many centuries it held traitorous nobles, foreign spies, and gangsters. It was notorious as a place people were kept before being beheaded – and on occasion, disappearing. Richard 3rd had his two nephews locked in the tower. They were never seen publicly again.

The remains of two children were later found in the tower. It’s thought Richard had them killed to stop their possible claim to the throne. The tower’s last execution happened in 1941. It was a Nazi spy found with forged documents and a German sausage. As an enemy soldier they could not hang him. So he was shot. To make a list of the most notorious prisons and not include the tower of London would be borderline evil. Maybe not evil, but still. 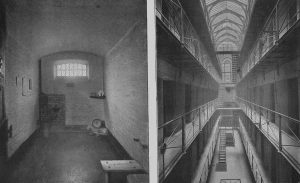 London has been home to several of history’s most notorious prisons. Also in London is Newgate prison. At one time it was said that passers by could smell the stench of suffering from within the prison. In 1750, 11 men were tasked with washing the prison walls. Seven of them contracted diseases. But the inside of the prison was far more disturbing. It was built specifically for London’s most dangerous criminals – serial killers, highwaymen and assassins. So many of them were held here in the lead up to their execution that locals saw the prison as a gateway to hell, in a sense. It was so infested with bed bugs and cockroaches that the floor would crunch underneath visitors.

Newgate prison was home to so much violence and corruption that prisoners often died before their trial. The guards were known to torture and beat inmates unless their relatives paid them for protection. All this made Newgate Victorian England’s most notorious prison. 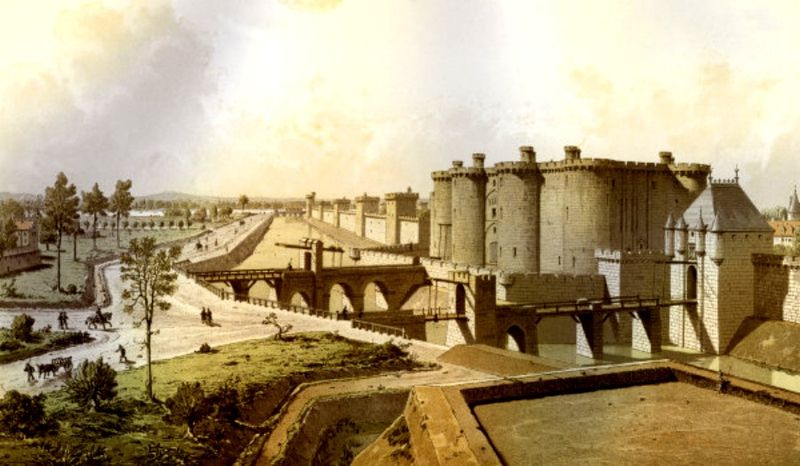 The Bastille was so notorious that France has a national holiday to celebrate it’s destruction. It was a fortress guarding the gates of Paris. Over time the imposing structure was transformed into a prison. Only a small number of people were held in the Bastille. But it was known by locals as a place of torture and isolation. The cells were tiny and dark. Prisoners would be lowered into them by rope, with the only entrance above them.

Noble families would sometimes conspire to have their enemies secretly taken to the Bastille and never released. Many rumours described locals disappearing at night and secretly being held there forever. The man in the iron mask was not just a fictional character. For 34 years he was locked away and his identity hidden by an iron mask. It’s unknown what his identity was but we do know he was held in the Bastille, as was Voltaire twice. 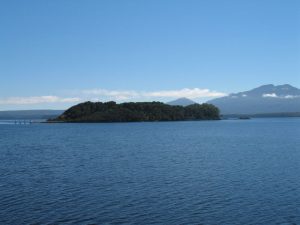 The British Empire made good use of penal colonies. They were remote prisons, usually in distant corners of the empire. Realistically, so many of the most notorious prisons from history were penal colonies. Those sent to penal colonies would often be put to hard labour, thereby helping the empire expand. But in reality much of their labour served no purpose outside of punishment, and the colonies came to be feared as little more than slave camps. Tasmania was an especially feared location for prisoners shipped abroad – and Tasmania’s most notorious colony was Macquarie Harbour. The camp was opened in 1822 and for 11 years convicts were kept here in brutal conditions. The island was overcrowded and known for scurvy as prisoners were seldom given enough food.

In fact it was so crowded that inmates were made to sleep standing up. One prisoner stabbed another inmate to death, hoping to be executed for it, as he would rather die than remain in the colony. With floggings a common punishment and bone breaking hard work, many tried to escape. Alexander Pearce once escaped with seven others. Wandering into the Tasmanian wilderness, they were soon starving. Members of the team either gave up or died until there was just Pearce and one other. It’s believed Pearce killed and cannibalised the other man to survive. But he was later recaptured and executed. 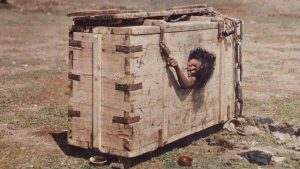 Mongolia seems like it’s always been a brutal place. In 1920 the western world got a chilling glimpse into life for Mongolian prisoners. In the country’s capital serious criminals were confined to small boxes. The boxes were essentially coffins, usually kept within dark dungeons. The type of place insanity doesn’t take long to set in. Apart from being sparsely given food through a hole in their boxes, prisoners were largely neglected. Many died from exhaustion in the summer and in the winter from hypothermia without authorities seeming to care. The practice was finally outlawed in 1920.