10 Most Shocking Ambushes In History 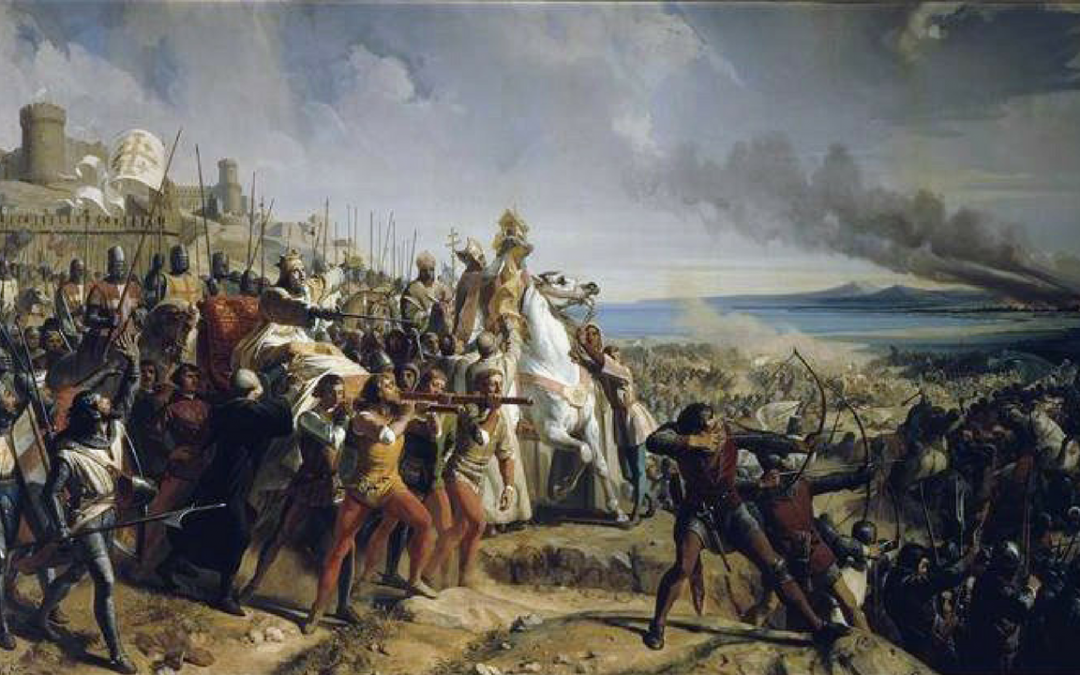 From Hannibal defeating giant Roman armies, to wild barbarians destroying armies three times their size, this is a list of the 10 most shocking ambushes in history. Ambushes have proven time and again throughout history to be one of, if not the most effective way of winning a war, and the easiest way for your enemies to destroy you. Ambushes are when someone attacks their enemy by surprise, often by surrounding them to cut off their escape. Although shocking, Pearl Harbour wasn’t included in this list since everyone knows quite a lot about it already.

The Battle Of Teutoburg Forest 9 AD 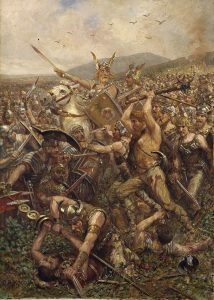 Imagine being a part of an elite Roman Legion, you work for the most powerful faction in the world, the Roman Empire. You would feel absolutely untouchable. As you walk through the Teutoburg forest hordes of what you believe to be savage barbarians come charging at you. You outnumber them three to one, yet they destroy your entire force, and you’re left running for your life. This is what happened when an alliance of Germanic tribes ambushed a Roman Legion in Teutoburg Forest, 9 AD. This is considered by historians to be Rome’s greatest defeat. Even if your force is the most elite, well trained and organised in the world, you can still be slaughtered by a good ambush. This was one of the most shocking ambushes in Rome’s history, and must have caused some them to question their supremacy. 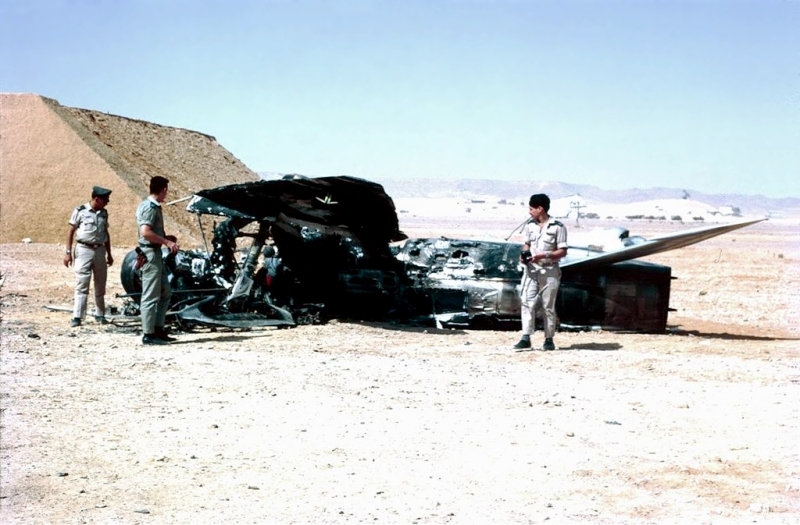 The Sinai Air Strike was an ambush launched by Israel, at the start of the Six-Day war in 1967. In one strike, they managed to destroy the majority of the Egyptian Air Force, before they could even leave the ground. They then went on to destroy the Syrian, Jordanian, and Egyptian Air Forces by lunchtime. It is undoubtedly one of the greatest, and most shocking ambushes in military history. The war lasted six days, but in reality Israel won it in six hours. The attack consisted of three main aerial attacks, which destroyed a total of 452 aircrafts. Now they had complete domination of the sky. 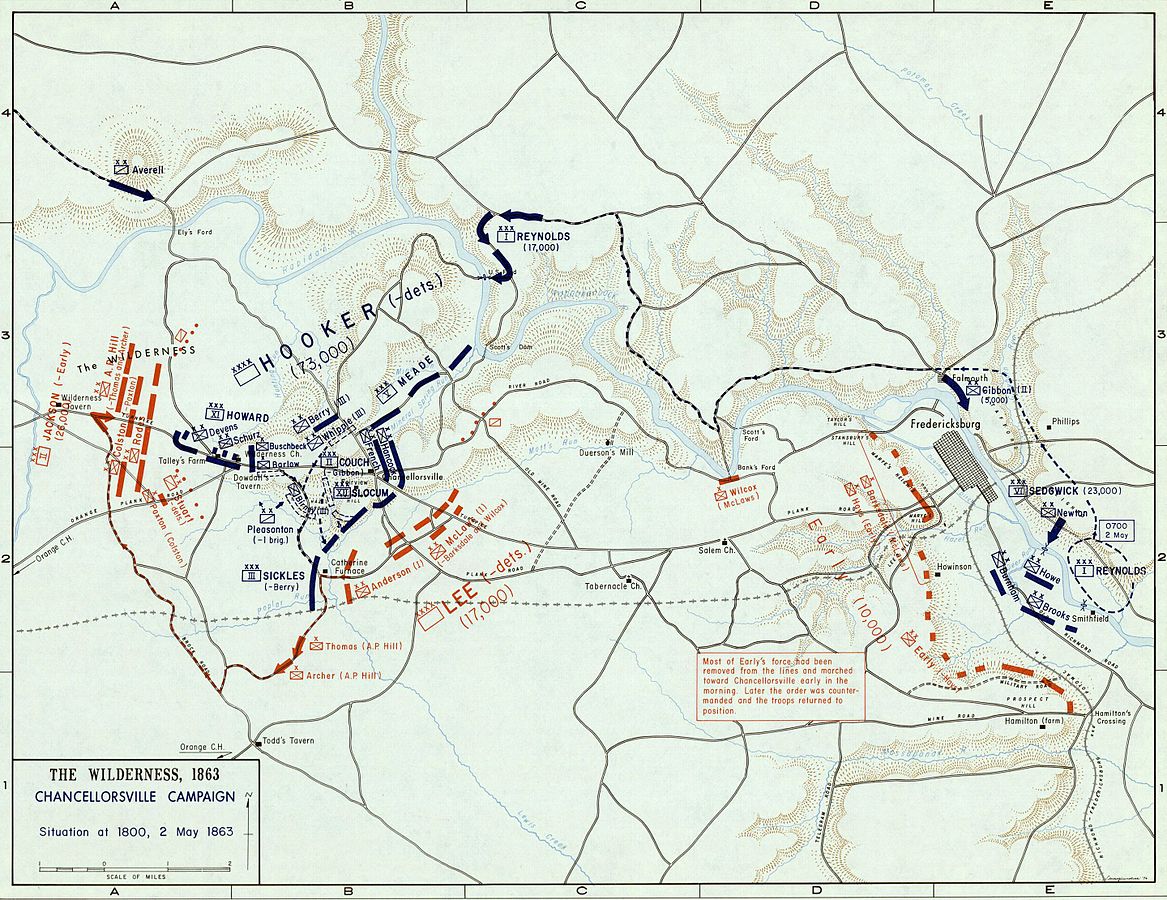 The Union had left their right flank exposed, and this was something that didn’t escape the attention of the Confederate forces. Stonewall Jackson, and Robert E. Lee, both decided to aggressively march towards, and attempt to ambush the right flank with 28,000 men. The attack was successful and they pushed back the Union forces, but not for long. The Union made an impressive recovery, and started pushing back. Not only that, but Stonewall Jackson was shot by friendly fire, and died during the battle. Even with this loss they still managed to beat back the Union forces, and win the battle of Chancellorsville.

The Battle Of Lake Trasimene

This was another one of Rome’s most devastating defeats, this time at the hands of their bane, Hannibal Barca. This was the largest ambush in military history. The Romans chased after Hannibal’s troops, not realising it was simply a decoy. Now the Roman forces were split, just like Hannibal planned. He waited for the perfect moment, and then order a general attack. His men charged down from where they were hiding, and surprised the Romans. Behind them was Lake Trasimene, and everywhere else were Hannibal’s troops, they had no way of escaping. Slowly they were all cut down. The ones that weren’t killed were sold into slavery, not a single man escaped.

The Battle Of Taranto Harbour 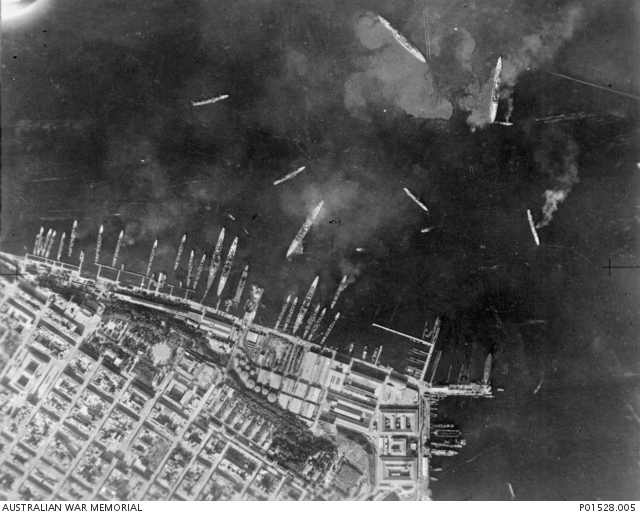 During World War Two, the British Royal Navy, launched an attack on an Italian Fleet at Taranto Harbour. The Royal Navy was using aircrafts considered obsolete at the time, yet they managed to do devastating damage to Italian fleet, which left them in shock. It changed how many people saw warfare. In 1940, they had to make do with the best they had, and sent the Swordfish aircraft to launch a surprise attack the harbour. Before this few people realised how effective these types of attacks were, and even the British were surprised at how well the operation went.

The Battle Of France 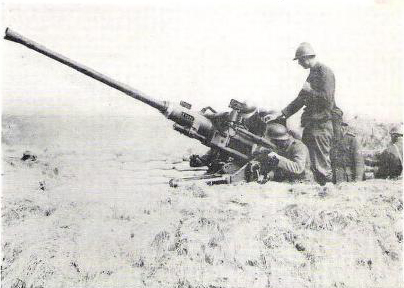 The Battle of France lasted only six weeks, yet in that time, Hitler conquered France, Belgium, Luxembourg, and the Netherlands. The invasion is broken down into two parts. Part one was Fall Gelb, where the Germans used armoured units to ambush allied units in Belgium. This led to the French and British fleeing from Dunkirk. Then came part two, Fall Rot. There were only sixty French divisions left, but they were heavily out-gunned by the German’s and their chances of survival were slim. Eventually they had to agree to an armistice, and Germany began occupying part of France. 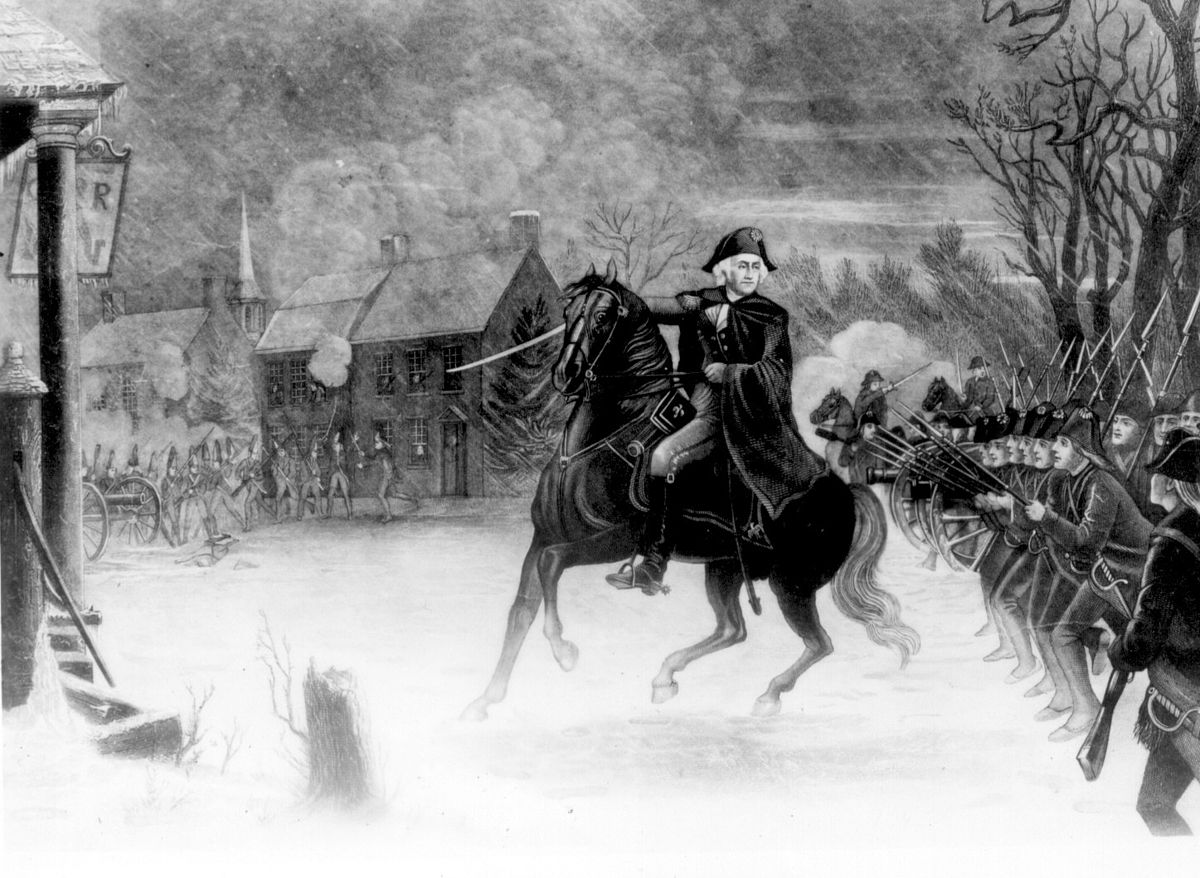 Washington planned on attacking from three different directions. General Cadwalader would act as a diversion and block off reinforcements, General Ewing would capture a bridge over the Assunpink Creek, which would stop the enemy from escaping, and the main attack force would attack after splitting into two groups, so they could attack from the North and the South. This was during the American Revolutionary War, where Washington was facing the Hesse-Kassel, a state of the Holy Roman Empire. The battle didn’t last long, and the Americans managed to capture almost the entire Hessian force. The Hessians had been caught off guard by one of the most impressive ambushes in history, and had no choice but to surrender.

The Sack Of Rome By The Visigoths 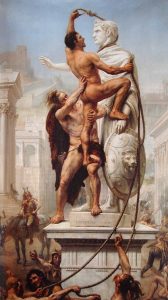 Alaric I, led the Visigoths to victory against the world’s most powerful force. Revel slaves inside the city opened the gate, which allowed them to pour into the city. The sacking of Rome was one of the most shocking events in history. Just before the sack, Alaric had arranged to meet with Honorius, but was betrayed and attacked instead. He was infuriated by this betrayal and decided to siege Rome for the third time. The Salarian gate was wide open, and he and his men flooded through the gate, and caused devastation in Rome. They spent 72 hours pillaging the city, and attacking the civilians. It was this event that marked the beginning of the fall of the Western Roman Empire.

The Battle Of Montgisard 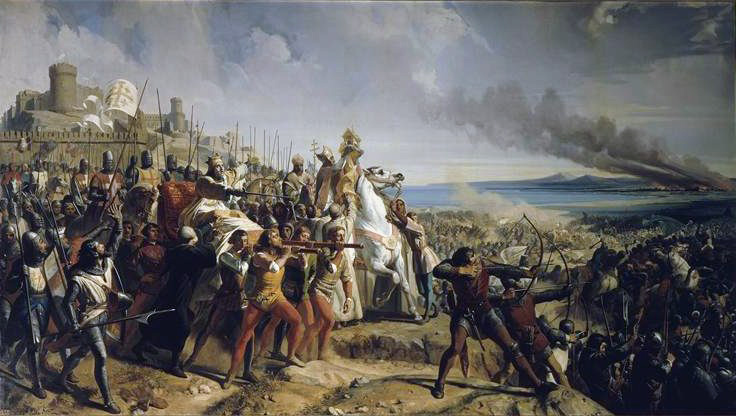 Saladin is one of the greatest generals in history, but this was perhaps his most devastating defeat. He was ambushed by a much smaller force of European knights and infantry. 500 knights, and 4000 infantry, surprise attacked Saladin’s 26,000 men. The fact that Saladin lost almost the entire army shows just how effective ambushes can be. The Europeans were led by King Baldwin, who was not only 16 at the time, but also suffering badly from Leprosy. It’s amazing a 16-year-old could so skillfully defeat such an accomplished leader. The only reason Saladin himself even escaped, is because he fled as quickly as could on a camel.

Sinking Of The HMS Prince Of Wales And Repulse 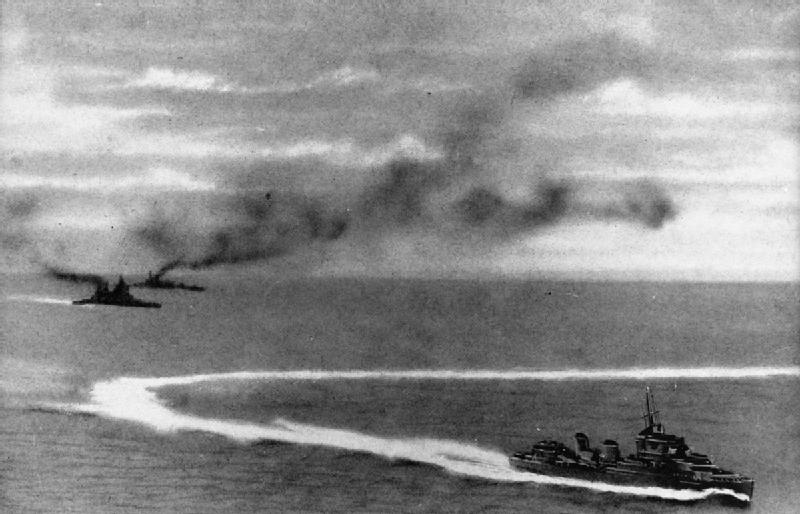 The Imperial Japanese Navy launched a shocking surprise attack on the HMS Repulse and HMA Prince of Wales, and sunk it using land-based bombers and torpedo bombers. The fleet was on its way back from a failed attack on the Japanese, when the Japanese appeared on the horizon. “I was thankful to be alone. In all the war I never received a more direct shock. The reader of these pages will realise how many efforts, hopes, and plans foundered with these two ships.” Winston Churchill describes how he felt after getting the news of the sinking. This attack was another example of how effective air attacks can be on fleets, and showed the importance of having air support.