10 Most Terrifying Jungle Creatures You Should Avoid 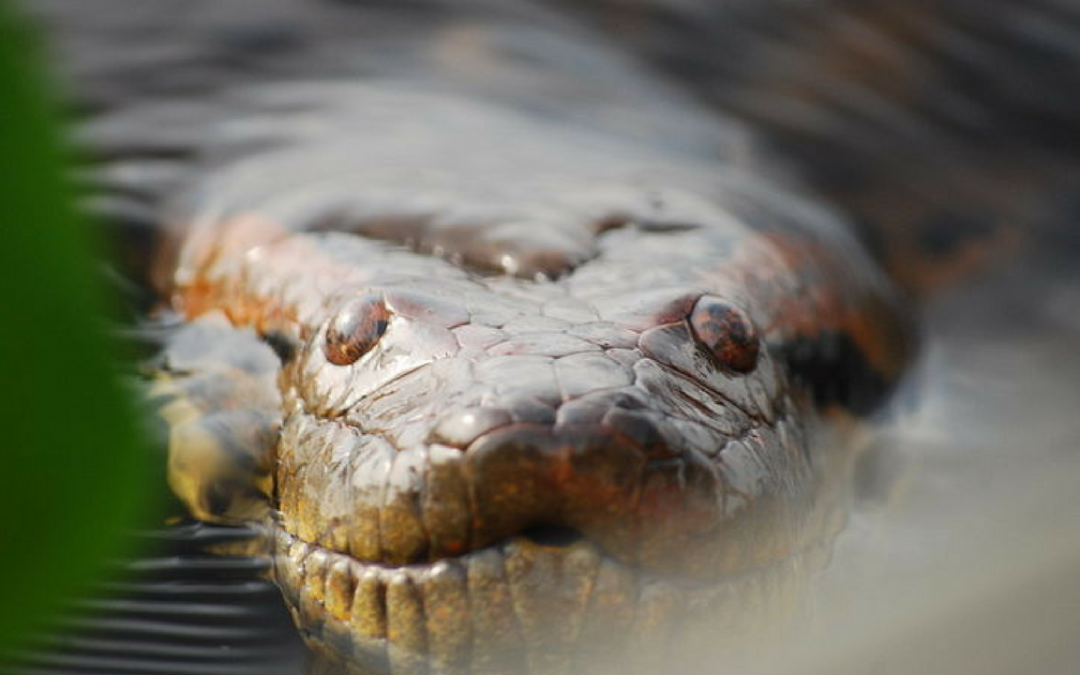 Jungles are some of the most treacherous parts of the world, and almost impossible to survive in without knowledge of the area. The strange, and mysterious jungle creatures that hide inside, are some of the most dangerous animals in the world, and not to be taken lightly. From fish that can electrocute their predators and prey, to a snake as big as a bus, this is a list of the 10 most terrifying jungle creatures. 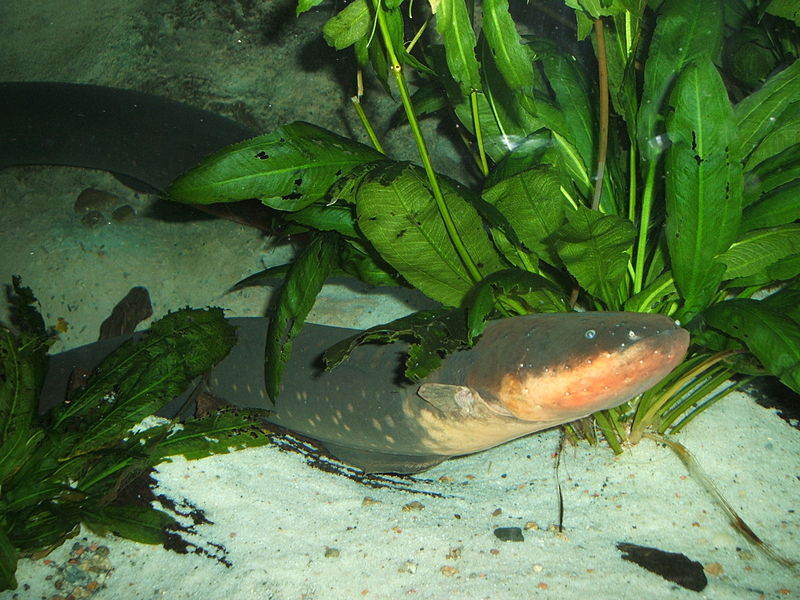 The Electric Eel is one of the most famous jungle creatures, for its amazing ability to stun predators or prey using the power of electricity. But have you ever wondered how they have this superpower? Eels have electric organs, packed with electricity producing cells, that when synchronised by the Eel’s central nervous system, produces electric currents. Electric eels work rather like batteries, in fact, what could be called the first battery, was only supposed to be a replica of an electric fish. The electric eel, which is actually a knifefish, not an eel, has three organs for creating electricity. The main organ, the Hunter’s organ, and the Sach’s organ. These organs make up four fifths of the Eel’s body. 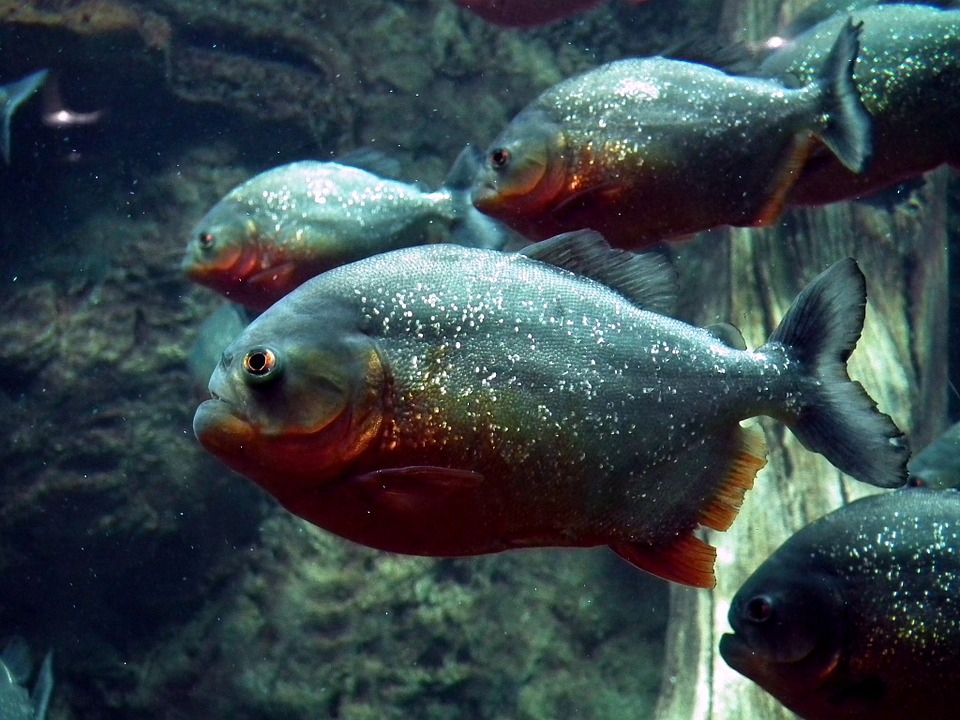 Piranhas are famously deadly jungle creatures. Not so dangerous on their own, they swarm in packs, and have attacked humans on occasion. These fish are mostly scary for their apparant sharp teeth. Luckily, they tend to be scavengers and sometimes will eat plants, attacks on larger animals like humans don’t happen all too often. They have strong jaws, and razor sharp teeth. These animals are anything but friendly, and have been described as extremely predatory. The tiny animals are normally only 14 to 26 cm long. The most dangerous piranhas are the red-bellied piranhas which have the strongest jaws, sharpest teeth, and can travel in groups of 100. 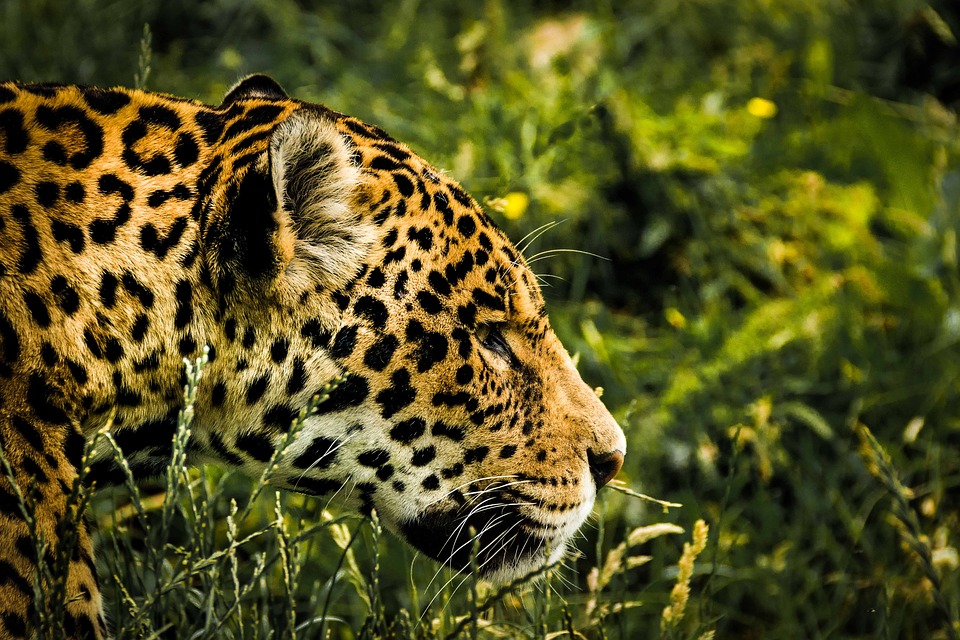 The Jaguar is one of the deadliest cats in the world, and one of the most fearsome jungle creatures. It looks like a leopard, but is much bigger, and more powerful. Its behaviour is similar to a tiger, it likes to live alone. It hunts by following its prey, and then pouncing on it at the opportune moment. It lives in jungles, swamps, and occasionally deserts. The Jaguar will use its powerful jaw to bite straight through the skull, and into the brain. It’s an apex predator, with a diet of over 76 species. Jaguars walk through wooded areas, listening carefully, when they see something they like, they hide in its blind spot, and wait. Jaguar’s don’t have to chase after their food, they jump out of nowhere, with an almost peerless ability to ambush other animals. 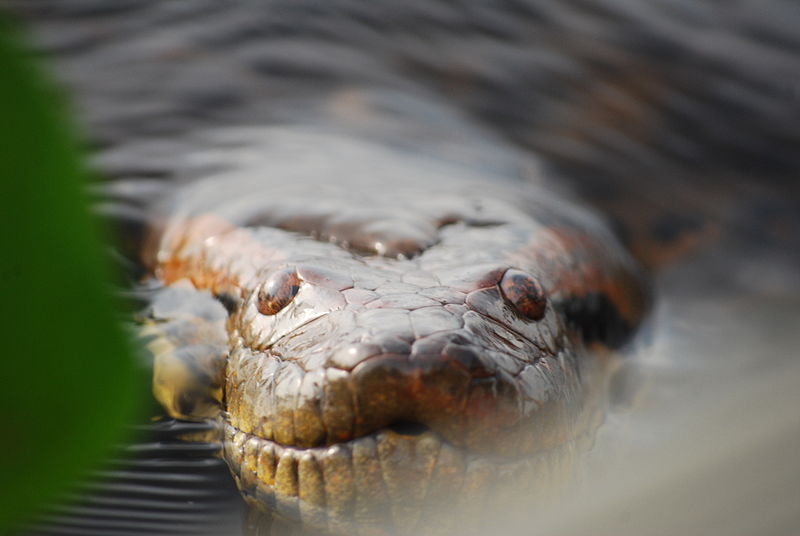 The Green Anaconda is one of the largest and heaviest snakes. It can grow up to 30 ft long, and is one of the most dangerous predators in the world. It can weigh up to 550 lbs, and reach the length of a bus. They generally stay alive for around 10 years, growing from 70-80 cm long as babies. A female can produce up to 100 offspring, many of which will die because of their small size. However, the ones that don’t die will grow at a rapid rate. Being so huge may strike some people as a disadvantage, making  it hard for them to sneak up on prey. This problem is solved by their eyes, which lie on the top of their heads. While most of their body is submerged, the eyes only, will be above the water, almost like a periscope on a submarine.

The Poison Dart Frog has a name that implies what its deadliest weapon might be. This is one of the most poisonous animals in the world, even though it’s quite small, it has enough poison to kill 10 adult men. It’s amazing such potent poison can be packed into something the size of a paperclip. Its name is based on the fact that its poison was used on poison blow darts for years. How they became so poisonous is hard to believe. It’s thought that they became so deadly on the inside after living off a diet of other poisonous animals. They evolved to be covered in vibrant colours to ward off predators, eventually other animals learnt that the more colourful the frog, the more toxic it is.

Pacu is almost like a more terrifying version of the Piranha. It can grow much larger, has teeth that are creepily similar to humans, and has been known to bite off the testicles of male swimmers. They can grow to 3.5 ft long, and weigh 40 kg. The teeth being so similar to our own makes them look particularly terrifying, and creepy. They’re omnivorous animals, who mostly eat plants, but it’s been reported that Pacu in Papau New Guinea, will sometimes mistake testicles for nuts. Although this is called into question, and there’s no solid proof this actually happens. Still the possibility alone makes these fish terrifying. 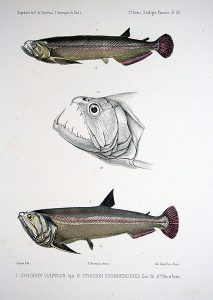 Although Pacu are bad, Payara fish win the medal for most terrifying teeth. Commonly known as vampire fish, these tiny jungle creatures have large, sharp teeth. It has two long fangs sticking out of its jaw, which are reminiscent of tales of vampires. It’s known to be able to grow four feet long, and weigh up to 40 lbs. They are carnivorous creatures, who mainly feed on Piranhas. It’s hard to imagine a fish with a more terrifying appearance; relating these jungle creatures to vampires only heightens their harrowing impression.

Candiru is also known as vampire fish, and for good reason. These horrific jungle creatures are famous for invading men’s urethras. This reputation goes back to the 1800’s. But, although rumours are many, the evidence is few. The only recorded case of a Candiru being removed from a human’s urethra is in 1997, meaning it may not be true, but is best to steer cleer of them anyway. But, good luck avoiding this unscrupulous parasite, its translucent body makes it hard to spot while in the water.

The first account of it attacking men’s genitals dates back to 1829. Biologist C.F. P. von Martin spoke with tribes who live near the critters. The men of these tribes make sure to wear protective clothing over their penises while swimming. There have also been cases of them lodging themselves in women’s vaginas. The reputation alone makes these creatures terrifying, even if it’s hard to validate these claims. 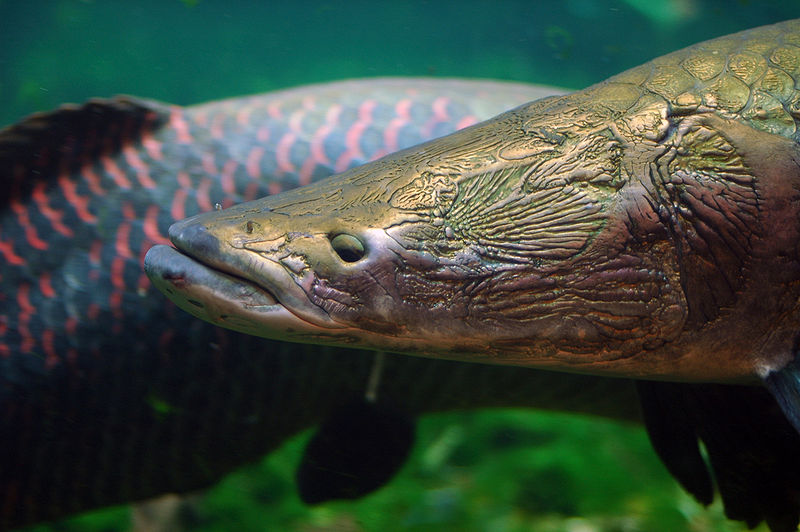 The Arapaima is scary due to it’s intimidating size, the sheer scale of this species of bonytoungue fish is extraordinary. It can grow close to 10 ft long, and is thick, and scaly. In certain parts of the world, this fish is known as “Kenyir monster”, “dragon fish”, or in some places “cod of the Amazon”. Some them can weigh around 150 lbs, or 70 kg. They may be terrifying, but they likely won’t be around much longer. The survival of this species is being threatened by overfishing. Naturally, people want to catch such a huge fish, for the food it provided. But if we don’t calm down, there won’t be any left. 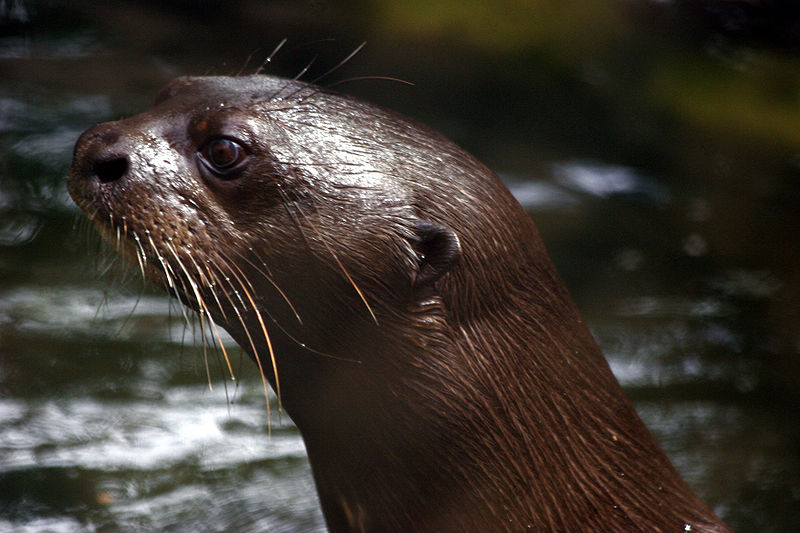 Giant Otters may seem harmless, but they are ferocious animals who can gang up in packs to destroy larger animals like anacondas, and caiman. These six foot, giant otters are known as “river wolves” by the locals. They work very well in teams, and are generally peaceful, but will act aggressively towards those who wander into their territory. They have no natural predators beyond human beings. Their diet mostly consists of fish, but they’re perfectly willing to eat snakes, turtles or caimans. They are excellent swimmers; whose nostrils and ears close while in the water.