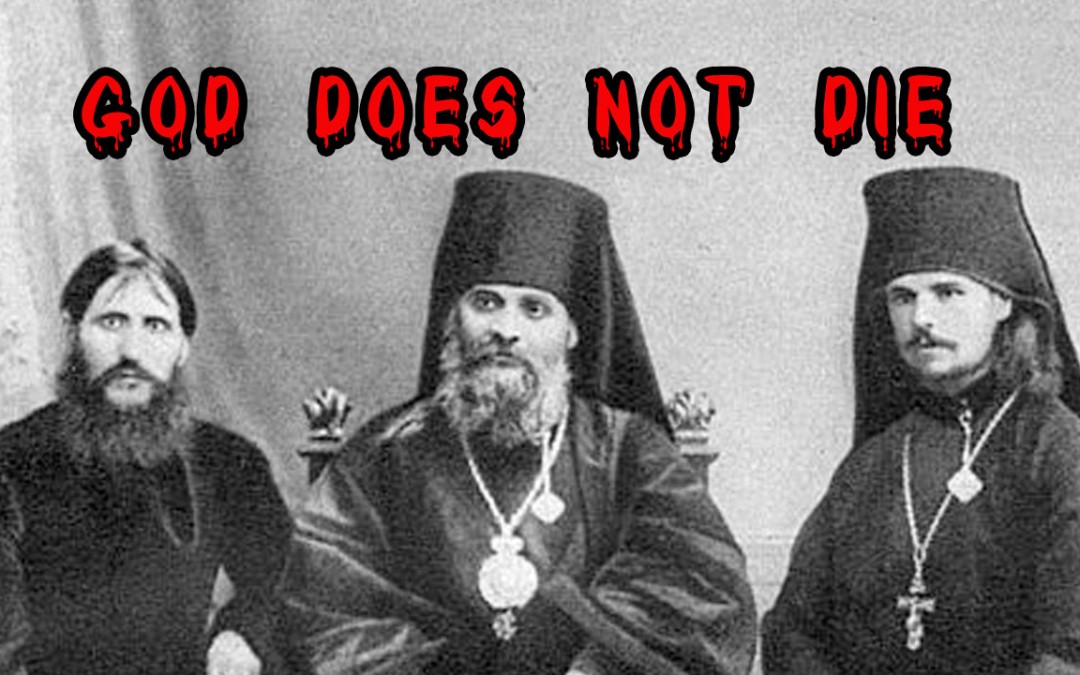 Some people are just stubborn to the point of not wanting to let a person kill them. From a man who survived over 600 failed assassinations to Jim Bowie the man who knows no pain. 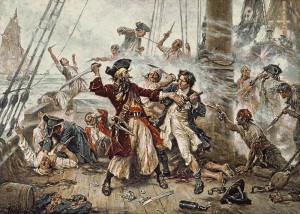 Edward Teach was the angry English pirate known internationally as Blackbeard. Blackbeard was hated in many countries and on all 7 seas, but it was the govenor of Virginia who ordered his assassination. Blackbeard was anchored at an island with his crew when he noticed 2 approaching ships. In good time, the pirates boarded their own ship and sailed out towards the others. They turned their cannons on the assassins and started blasting them with what I can only describe as a Donkey-Kong load of cast iron.

After one third of the assassins were killed, and one of the ships was destroyed, Blackbeard and co. decided to board the other. When they boarded the ship, they were shocked by the number of men who emerged from below deck. Blackbeard found himself surrounded. The captain broke his sword stabbing him. He was then slashed in the neck – which didn’t stop him, he kept fighting until his last breath. He had been stabbed 20 times and shot 5. He was so hard to kill that they cut off his head just to make sure he was dead. 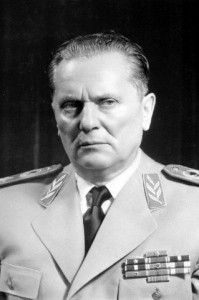 The big man himself

Josip Tito was the president of Yugoslavia. He was the man Stalin couldn’t assassinate, standing strong and healthy after 22 attempts. In fact some historians claim that Tito even had Stalin poisoned. When Josef Stalin died, a letter from Tito was found in his office. The letter read: “Stop sending people to kill me. We’ve already captured five of them, one of them with a bomb and another with a rifle… If you don’t stop sending killers, I’ll send one to Moscow, and I won’t have to send a second.” Which is easily one of the coolest things ever said. 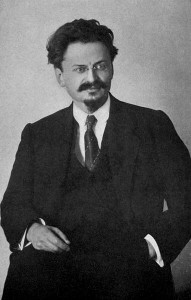 Leon Trotsky founded and led the red army. As it happens, he was also an enemy of Stalin. In 1927 Trotsky was expelled from the communist party and exhiled from Russia 2 years later. He eventually fled to Mexico. On the 20th of August 1940, an assassin entered Trotsky’s home and struck Trotsky in the back of the head with an ice axe. This seemed to do little more than anger Trotsky. He attacked the assassin, wrestling him to the floor with an ice axe still loged in his brain. Trotsky was able to hold the man down until his bodyguards realised what was happening. Trotsky died one day later from bloodloss. 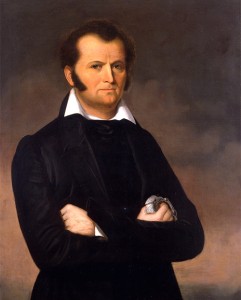 With the magic combo of being both a slave-trader and a folk hero, Jim Bowie was world famous. He was so tough the Bowie knife was named after him. In 1827 Bowie attended a duel between two others. During the duel, Bowie was accidently shot in the hip. As a reaction to this Bowie drew his knife and charged the man. The man struck Bowie in the face, sending him to the ground. While he was on the ground another man shot him and stabbed him in the chest – but that didn’t finish him!

Jim Bowie stabbed the man right back, killing him instantly. Bowie jumped to his feet where he was stabbed and shot again. While still under fire he pulled the sword from his chest and charged the remaining 2 men. At this point I would have assumed Bowie to be some kind of immortal being, which might explain why the men actually ran away. It would be another 9 years before Jim Bowie was finally killed. 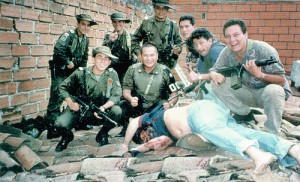 His killers celebrate over his dead body

Pablo Escobar was one of the Hardest people to kill ever. He was Coolombia’s most notorious drug lord. He was known as the ‘King of cocaine’ with an estimated net worth of 30 million dollars. Just like everyone else on this list, Escobar had a lot of enemies. Partly because he regularly arrenged the assassinations of judges and police officers. In 1993, a task force of American soldiers and Colombian police officers joined a large group of the families of Escobar’s victims, with the aim of killing Escobar.

Long story short, they found him and immediately firing their weapons at him. In a shootout that almost exhausted South-America’s bullet supplies, Escobar was chased across rooftops. After getting shot quite a lot of times Escobar shot himself in the head. He always told those close to him he would shoot himself through the ears rather than be captured. 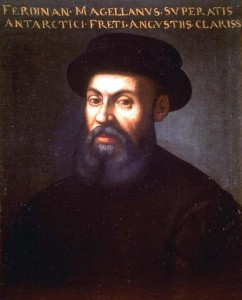 The most famous portrait of Ferdinand Magellan

Ferdinand Magellan was the Portuguese explorer who discovered the Philippines. Magellan entered into a contract with a filipino king, where he agree to kill Lapu-Lapu(king of the Mactan island). In 1521, he brought his crew to the island along with around 250 native warriors. But they were met with disaster as Lapu was waiting for him with a 1500 strong army. As soon as the battle began, Magellan was shot with a poison dart. He was then stabbed in the face with a bamboo spear. As he drew his sword he was slashed several times, sending him to the gorund. Even with him being repeatedly stabbed and bludgeoned by a large group of natives, it still took several minutes to kill him.

According to local legend, Lapu-Lapu transformed into a stone statue after the battle.

Gabriel Garcia Moreno was the president of Ecudor from 1861 until his death in 1875. Garcia was hated by liberals as he was seen as a military dictator, so it was only a matter of time until someone ordered the hit. On August the 6th he walked out of a catholic cathedral to be met by a group of assassins. By use of machetes, they cut deep into his head. They cut off his left arm and his right hand. But that wasn’t even enough to send him to the ground!!

For that, they had to shoot him 6 times. Before he lost his life he was able to write the words “god does not die” in his own blood. Which is literally bloody terrifying! 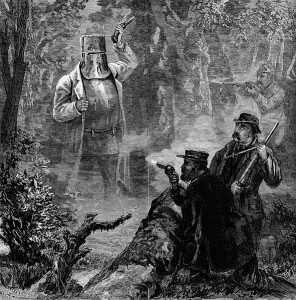 Kelly in his armor – my new favorite drawing

Ned Kelly was the most famous Australian outlaw of the 19th century. His first run in with the law was when he stole a pig from a chinese man named Ah Fook. I must admit when I first read that I thought it was a joke… but it’s just the truth. He stole a pig from Ah Fook! But fast forward 11 years and Ned Kelly is a serious criminal.

In June 1880, while two trains full of police officers were steaming to arrest him, Kelly and his gang rounded up 62 hostages inside an inn. When the police surrounded the inn, Kelly emerged from the doorway wearing a home made suit of bulletproof armor. As the armor protected Kelly from the assault, and as the police began to panic, he took a shotgun clap to the legs. Which was the only area not covered by his armor. Falling to the ground, he was soon captured and eventually hanged by the neck until dead. He’s my personal favorite of all the Hardest people to kill ever. 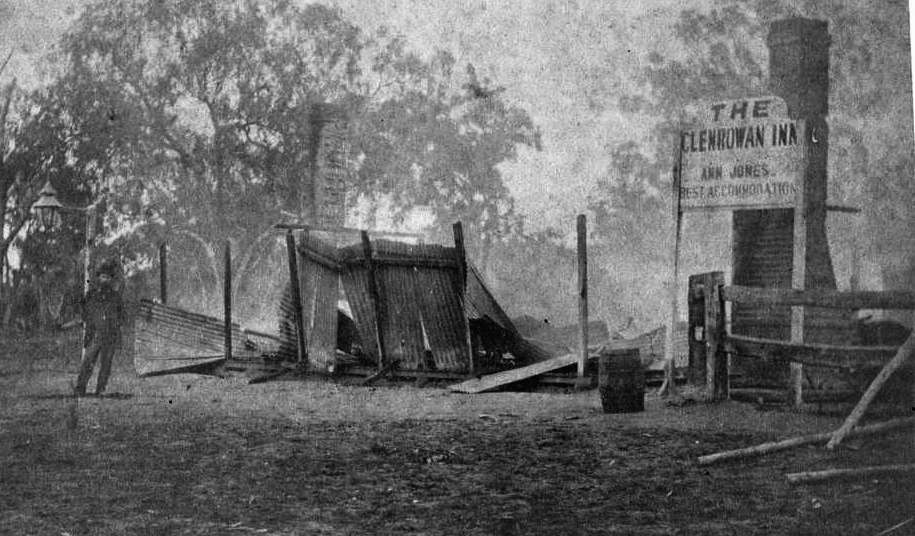 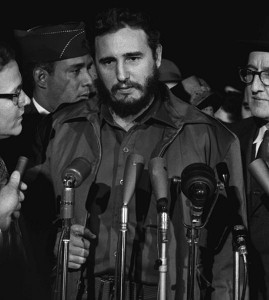 Castro here about to break into song

Fidel Castro was the socialist dictator of Cuba up until 2008. The fact that he is still alive is a miracle considering there have been 638 attempts to assassinate him. Many of these were by the CIA. They imclude an attempt to replace his cigars with a box of exploding ones. The closest they ever came to killing him was by use of a poisoned milkshake and Castro’s radio announcment booth was once rigged with poison gas. Being one of the hardest people to kill , he is currently in his late 80s. 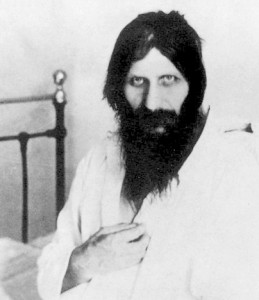 He loved his beard

Rasputin was a Russian faith healer who managed to become a close friend of the Tsar. Rasputin had a lot of enemies as people blamed him for Russia’s involvement in the first world war. So in 1916, it was decided that he had to die. A group of noble men invited him into a basement and treated him to poison-laced cake and wine. Rasputin ate a lot of cake, and drank a lot of wine. But the poison didn’t seem to effect him at all. After a while they began to wonder why he wasn’t dead yet.

They soon realised that he was just having a good time, so they shot him in the back with a handgun. As Rasputin looked dead they left the palace. But when one of the men returned to the basement to fetch his coat, Rasputin got back on his feet and started strangling him. They shot Rasputin another 3 times and when that didn’t work they started beating him. When that didn’t work they tied him up and threw him into a river. After he fell trough the ice he was still alive and tried to free himself before finally drowning. He was basically the most stubborn of all the hardest people to kill ever. 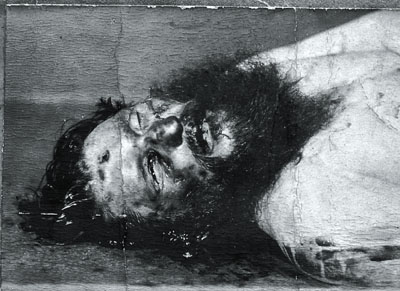 Taken during his Autopsy