10 Most Polluted Cities In The World 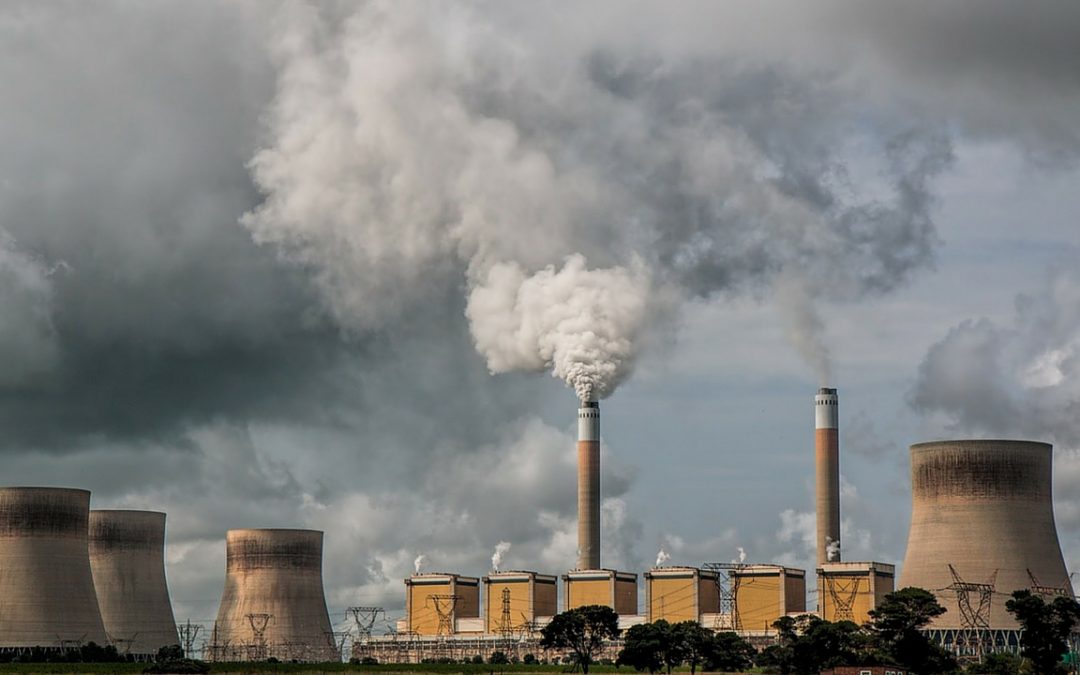 Pollution is the introduction of contaminants into the environment that cause adverse change. Some of the most polluted cities in the world, are so unhealthy to live that just being there for a few days can decrease your life span by hours. People who do live in polluted areas are more likely to suffer from long term illnesses, and life threatening diseases. People all over the world are living in dangerously polluted areas right now. The most polluted cities in the world are often highly populated, which means the bad environment hurts more people. 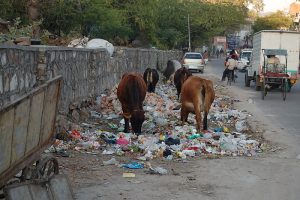 Delhi is at the top of wikipedia’s list of the most polluted cities in the world. The pollution in Delhi is like nothing we’ve ever seen before, the smog becomes so thick that it impairs vision. Air pollution in India is said to kill 1.5 million people every year. It’s one of most common causes of death, and causes irreversible damage to the lungs of 50% of all children in Delhi. The smell of pollution attached itself to clothes, and follows you everywhere. Simply breathing is an unhealthy thing to do in Delhi, and it’s even equivalent to smoking 10 cigarettes. Many people have taken to wearing masks, and everyone lives in fear of falling victim to disease. 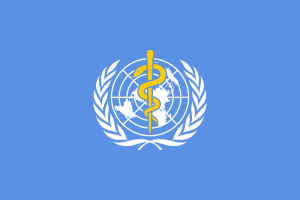 The top position for the most polluted cities in the world is a contested position, with multiple cities as candidates. This is mainly because there are different ways of measuring pollution in a city. According to the world health organization, Zabol has it worst when it comes to particles of a PM2.5 size. This size is very dangerous because it’s small enough to sneak past the bodies natural defences and cause serious damage to people’s lungs. It can be especially damaging to children, research shows that it can cause increases in autism, epilepsy, multiple sclerosis, and diabetes. It can also lower intelligence quotient points in children. 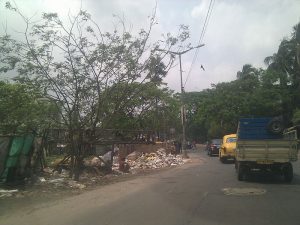 Gwalior is one of the most polluted cities in India, and said to be even more polluted then Delhi. Gwalior is a major city in the Indian state of Madhya Pradesh. It’s situated 198 miles south of Delhi, the capital city of India. Gwalior holds a strategic position, in India. The city and it’s have been ruled by several historic Indian kingdoms. Although it was recently believed that Delhi was the most polluted city in India, a recent study by the world Health Organisation discovered it’s annual PM2.5 is actually higher than Delhi’s. 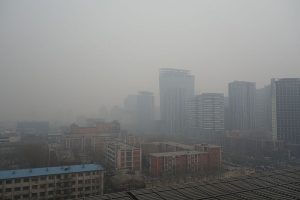 Between 2000 and 2009 Beijing’s urban extent quadrupled. This caused massive environmental problems, and Beijing is often cited as one of the most polluted cities in the world. It resulted in an increase in Co2 emissions, ground temperatures, vertical air dilution, and ozone levels. China later fell victim to heavy smog, affecting more than 600 million people. A large quantity of the pollution in Beijing actually comes from other cities around Beijing. In an effort to improve it’s environment, the government spent $17 billion. This went towards shutting down factories, producing clean energy vehicles, and opening new subway lines. Even after spending so much money China still faces massive environmental challenges. 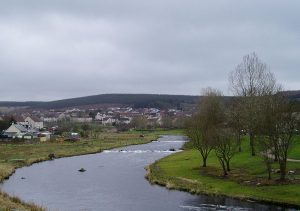 Patna is one of the six most polluted cities in the world. According to a CAG report in April 2015, Patna had a PM-10 level of 355. This is mainly due to the overwhelming amount of vehicles being driven in Patna. Another reason is dust spreading from ongoing construction sites in the area. The amount of vehicles in the city is increasing at a rapid pace, and it even increased by 78% from 2009,when they had 516,000 to 2014 when they had 921,000. Simply visiting the country can shorten your lifespan by hours, in less than a week. The unhealthy air conditions have caused an increase in lung cancer, asthma, dysentery, and diarrhoea. 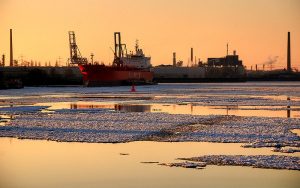 Tianying produces nearly 50% of all the lead in China, which is a huge amount of lead. The city is plagued with illegal, and mostly unregulated businesses, polluting the area, and contaminating the water. The lead concentrations in the air are almost 9 times the national health standards, and wheat contains 24 times Chinese standards. Due to outdated technology, and improper disposal, the city has been polluted with dangerously high levels of lead. This had led to multiple sever lead poisoning incidents. Tianying is a city under the administration of Jieshou. The city has a population of over 26,000. 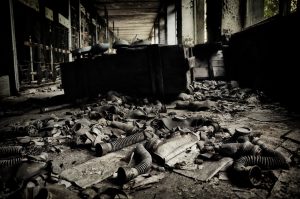 Chernobyl is a city in Ukraine, and the site of the worst nuclear disaster in history. This is due to a nuclear meltdown, in 1986, resulting in the release of an enourmous amount of radiation. It released 100 times more radiation than the atom bomb over Hiroshima. Chernobyl is still uninhabitable. Residents under the age of 14 were the ones effected the most. The incident caused more than 4,000 cases of thyroid cancer, and the area will be contaminated for tens of thousands of years. The chernobyl incident is one of only two to be classified, as a level 7 event on the international nuclear even scale. 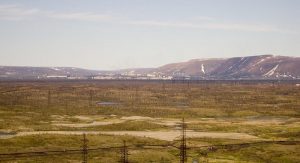 Norilsk is one of the largest industrial cities beyond the polar circle, and is one of the most polluted cities in the world. Mining and smelting operations began in the 1930’s and the city is now home to the world’s largest heavy metals smelting complex. The complex releases millions of tons of pollution into the air every year. In this city the snow is black, the air tastes of sulphur and the average person dies ten years early. The city also suffered nine underground nuclear explosions, which led to a massive rise in diseases, and other health problems for it’s inhabitants. 1% of the world’s sulphur emissions come from this one place. The smelting in the city also contributes to acid rain and smog. 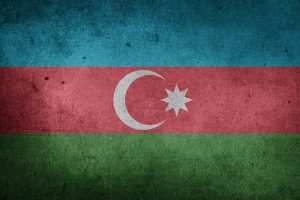 Sumgayit is the third largest city in Azerbaijan, and a major soviet industrial centre, with over 40 factories manufacturing industrial and agricultural chemicals. The factories release up to 120,000 tons of dangerous emissions yearly. One of the things this city us known for is “the baby cemetery”, a cemetery containing the graves of many children who died with deformities and and mental retardation because of the heavy amount of pollution. A high percentage od babies are born premature, still born, and with genetic defaults. Cancer rates in Sumgayit are 51% higher than the national average. The world bank has been spending a lot of money to try and improve the area, and it’s efforts appear to be helping. 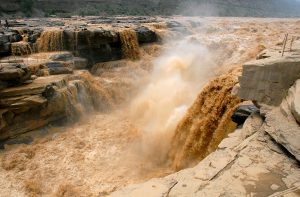 Linfen, china is one of the most polluted cities in the world. Linfen’s pollution problems started in the 1990’s, when China underwent rapid urbanisation, and industrialisation. This caused a dramatic increase in demand for energy, and the price of coal went through the roof. Lots of mines started opening up to supply the demand, but they weren’t all run with much concern for the environment. Large numbers of unregulated mines starting appearing around Linfen, which caused massive environmental damage. Pollution has ruined a once healthy city. Air pollution has caused a disturbing increase in cancerous diseases. The city is covered in a heavy smog, that can’t be avoided.