10 Possible Countries That could Soon Exist 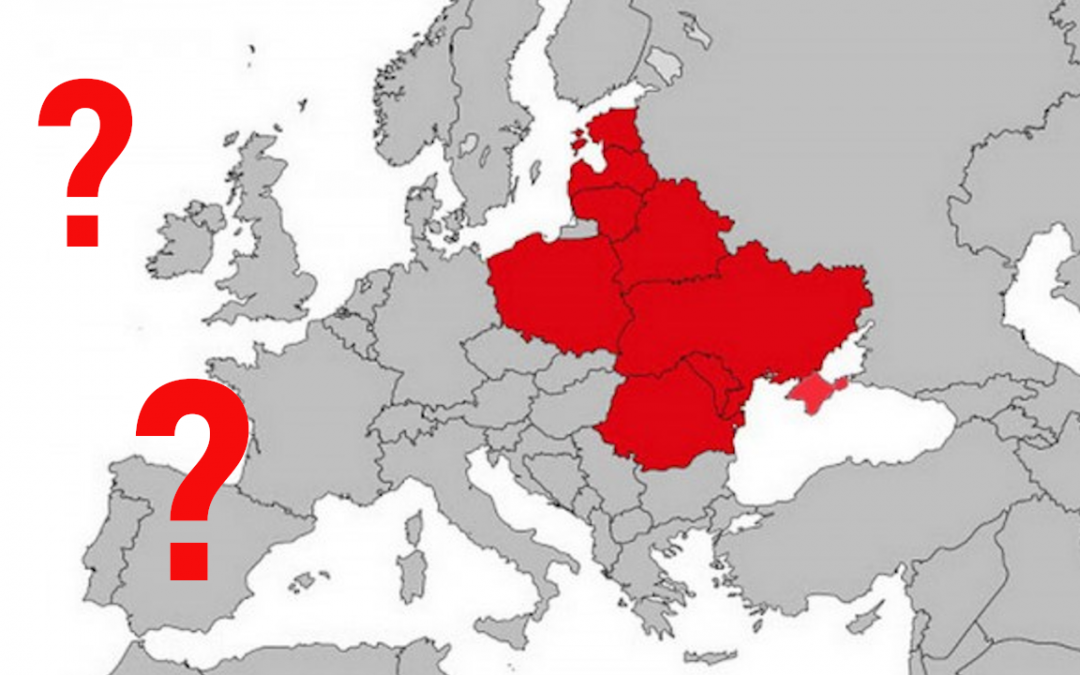 Countries, some would say they are important. And it’s easy to see why. Most of us were born into or even live in a country. According to the United Nations there are 195 countries in the world. The most recent of which is South Sudan, being established in 2011. But South Sudan will likely not be the last, with many more possible countries out there. Across the world there are specific situations which may well lead to the creation of new nations. Today we look at the most interesting Possible countries that may soon exist. 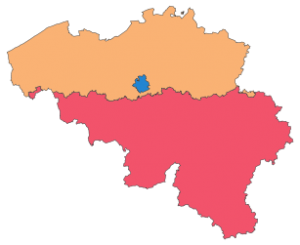 I’ve been saying for years now that Belgium shouldn’t exist, and I think by now most people agree with me. The problem is the country is divided by it’s two major regions. Flanders in the north, where people are basically Dutch, their language and culture both mainly Dutch. In the south you have Wallonia where people are basically French. Few within the country feel a genuine Belgian identity. So for a long time people have been calling for Belgium to be broken up. If that happens there are two realistic outcomes. Either Flanders and Wallonia join their cultural motherlands or they become two new possible countries. 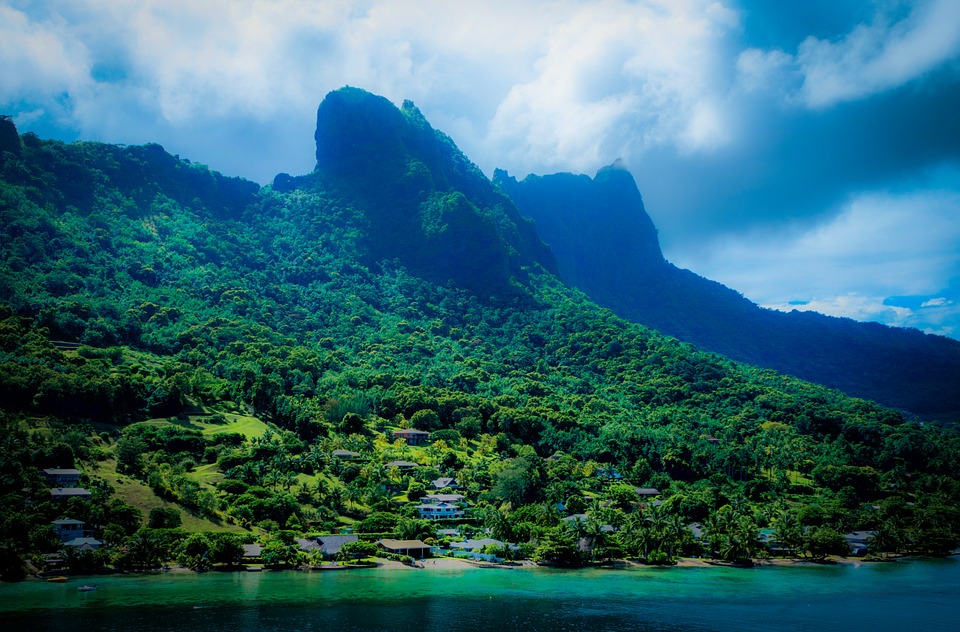 Among the smallest countries is Micronesia. A remote island nation, there are four states that make up Micronesia. The largest and richest of which is called Chuuk. Half the entire population live on Chuuk, with people there not happy about subsidizing other parts of Micronesia. Many of them feel Chuukese and not Micronesian at all. So for a long time they have been demanding a vote on independence. But since a breakup would be crazy bad for other parts of Micronesia, that vote has been postponed 4 times. Still… it is set to take place next year. 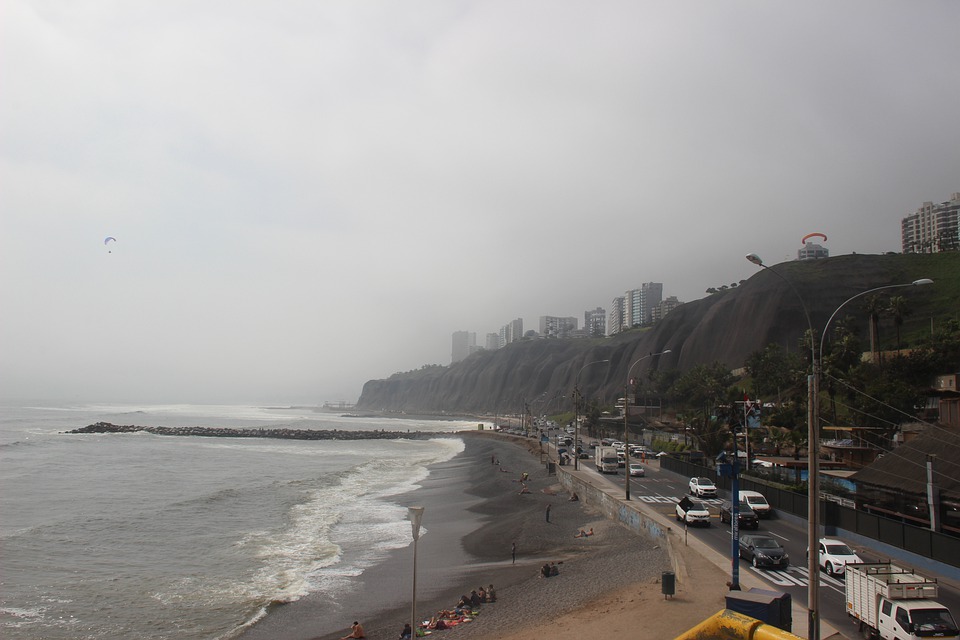 In the mid 1800s Peru and Bolivia were part of the same country. The confederation was short lived due to many…many, many reasons. But memory of that time has lived one, especially in Bolivia which is now landlocked. Many in both countries have long thought they would be stronger together. Then in 2011 the president of Peru suggested the union be recreated. It didn’t really go anywhere. But it shows the concept of Peru-Bolivia is still alive. 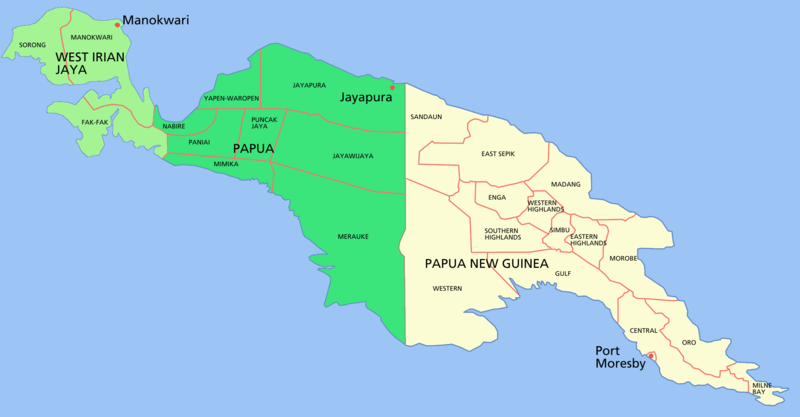 The island of New Guinea has long been divided in half. On one side you have the country of Papua New Guinea. On the other is West Papua, a region of Indonesia. The people who live there are not ethnic Indonesians, having much more in common with their New Guinea neighbors. But since the area is rich in natural resources the Indonesian government is desperate not to lose it. For decades rebel groups in the area have been fighting for independence. But it’s unclear how much support they have. The problem is there are 500 different tribes, many of which hate each other. So it’s unclear if a new country would even work here. 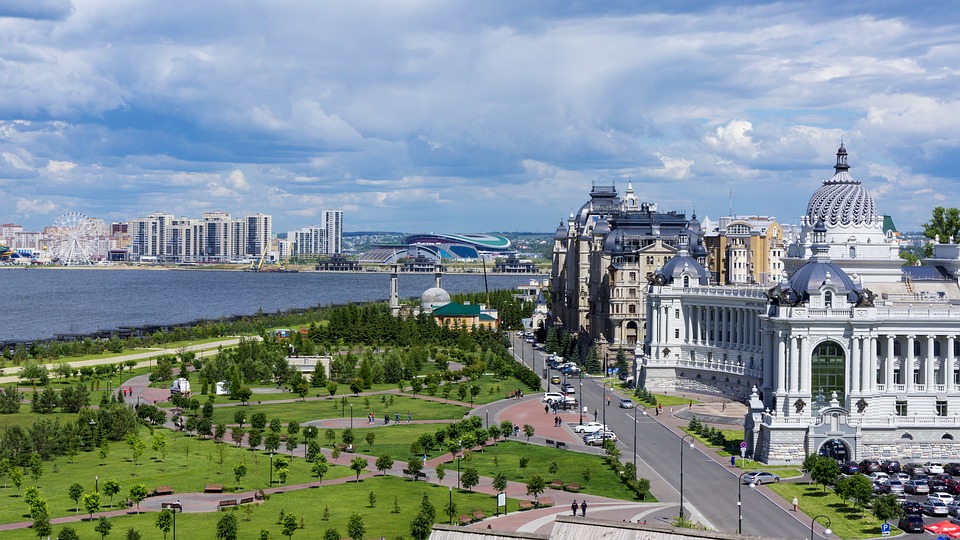 One of the many republics within Russia is Tatarstan, homeland of the Tatar people. Russia’s second largest ethnic group, the Tatars have always felt different. So after the fall of the Soviet Union Tatarstan declared itself an independent state. A referendum was held, with 62 percent voting for independence. But courts in Russia overturned the result, calling it illegal. This made locals even more angry than usual – and in Russia that means a lot. To avoid war an agreement was signed to give Tatarstan special autonomy. It worked. But the deal expired in 2017. This leaves many Tatars calling for full independence. 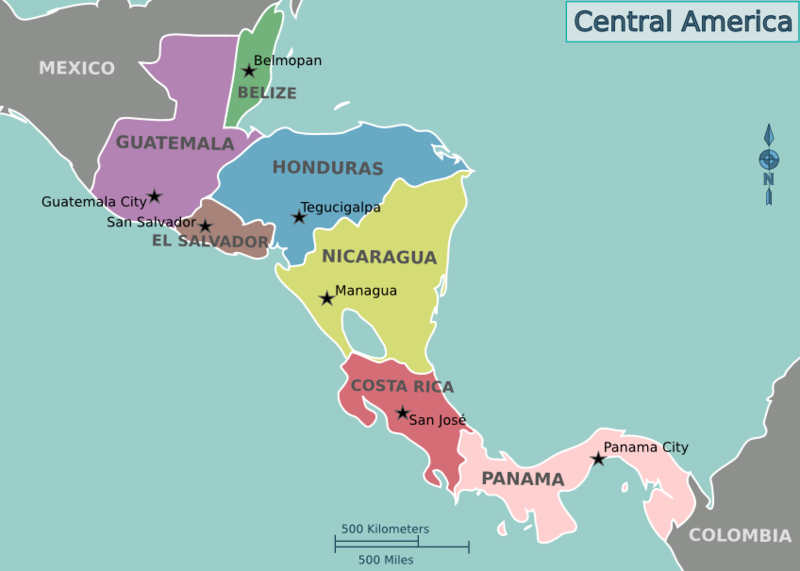 Many believe the countries of Central America should unite as one great nation. It’s easy to see why. Their linguistic, cultural, and ethnic ties go deep. At one point in the 1800s they actually were part of one single republic. Though soon collapsing into civil war, it included Guatemala, Honduras, Nicaragua, Costa Rica, and El Salvador. To be honest I don’t know the difference between those countries but I assume there is one. Multiple attempts have been made to recreate the union. In 1844, 1852, 1885, 1896, and 1921. 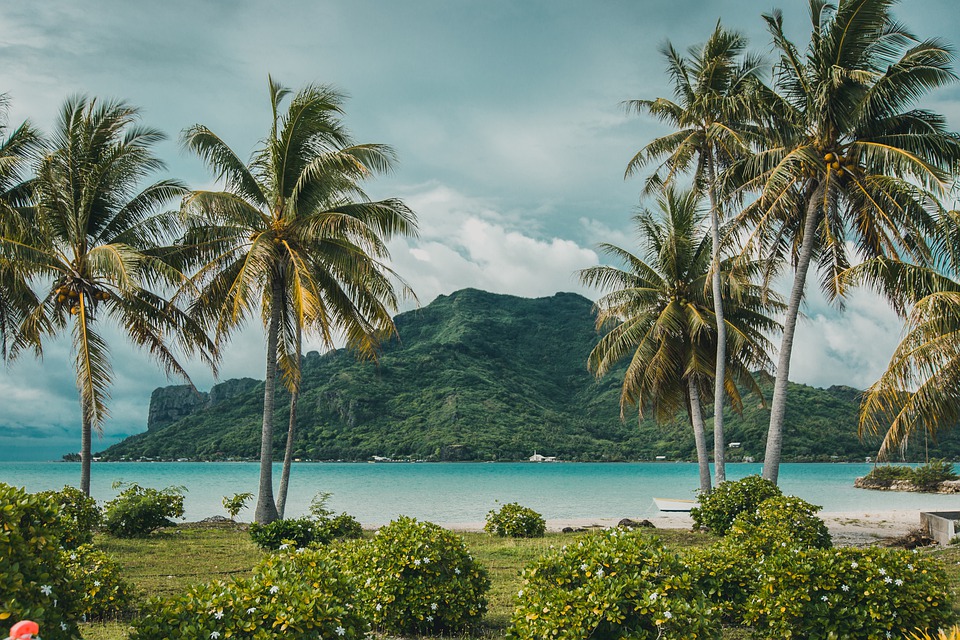 Bougainville might sound like a small American town but really it’s a pacific island. One of the multiple possible countries of Papua New Guinea, it actually borders the Solomon islands and is much closer to them. Closer both culturally and geographically. It was an accident of history that Bougainville became part of Papua New Guinea. So it was not long before armed conflict broke out between separatists and the government. Only in 2001 was a peace deal signed, but at the cost of a vote on independence. In 2019 that vote took place. 98 percent voting to leave. So there’s a good chance Bougainville might be the next country to exist. 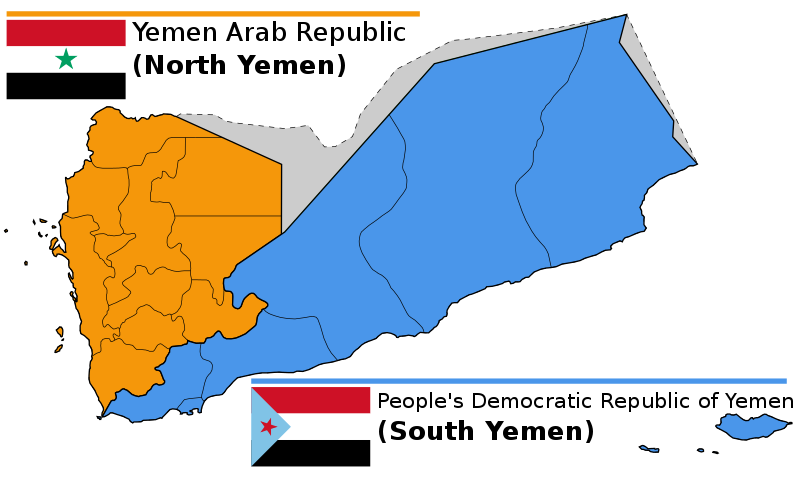 Until the year 1990 Yemen was not one country but two. There are various historical reasons for this, all of which too boring for me to mention. South Yemen was a communist state supported by the Soviet Union. The North was an Islamic state supported by the western world. When the Soviet Union collapsed, South Yemen ran into trouble and soon Yemen united as one state. But the new country was plagued by internal conflict. 24 years later a full civil war broke out. Now Yemen is once again divided, with the north controlled by rebels. The current division is similar to the former borders. So perhaps Yemen really should be 2 proposed countries after all.

2: United States of The Turkic World 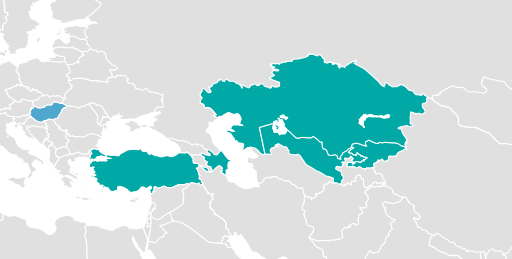 In 2009 the Turkic council was founded. With it’s membership being Turkey, Azerbaijan, and most of central Asia, it’s like a Turk version of the European Union. Many similar organizations exist in the world but the Turkic council was unique. They openly admit their goal is to unify members into one nation. The united states of the Turkic world. It would be much larger than most other proposed countries. If successful it would have a population of 150 million, access to a wealth of natural resources, and control of both the Black and Caspian sea. 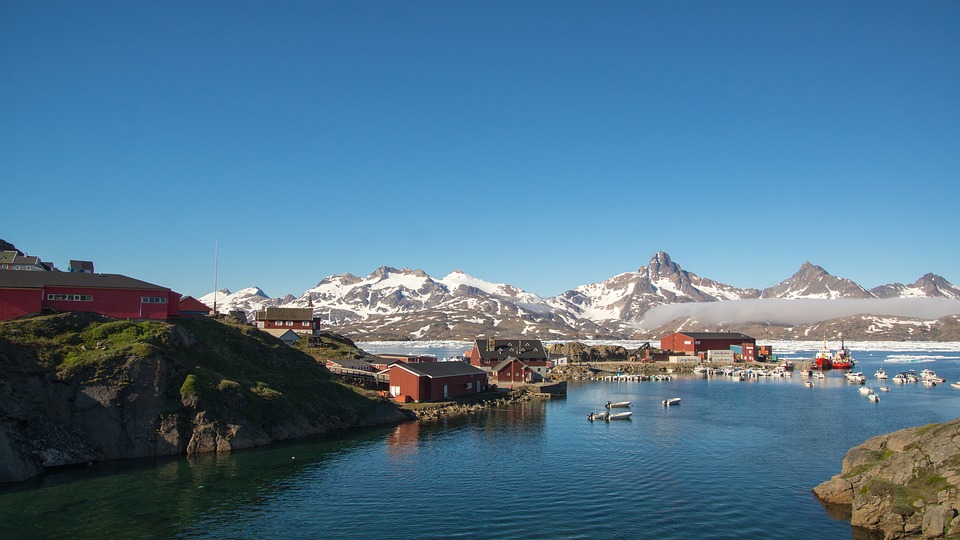 You might think Greenland is a country already. But no. While being the world’s largest island, Greenland is actually an overseas territory of Denmark. It’s been ruled by Europeans for more than a thousand years, despite being so far away. But less than 8 percent of people in Greenland are Danish, causing a certain level of ethnic tension. So like almost everyone in the world, many in Greenland are desperate to get away from Denmark.