10 Reasons For The Fall Of The Han Dynasty 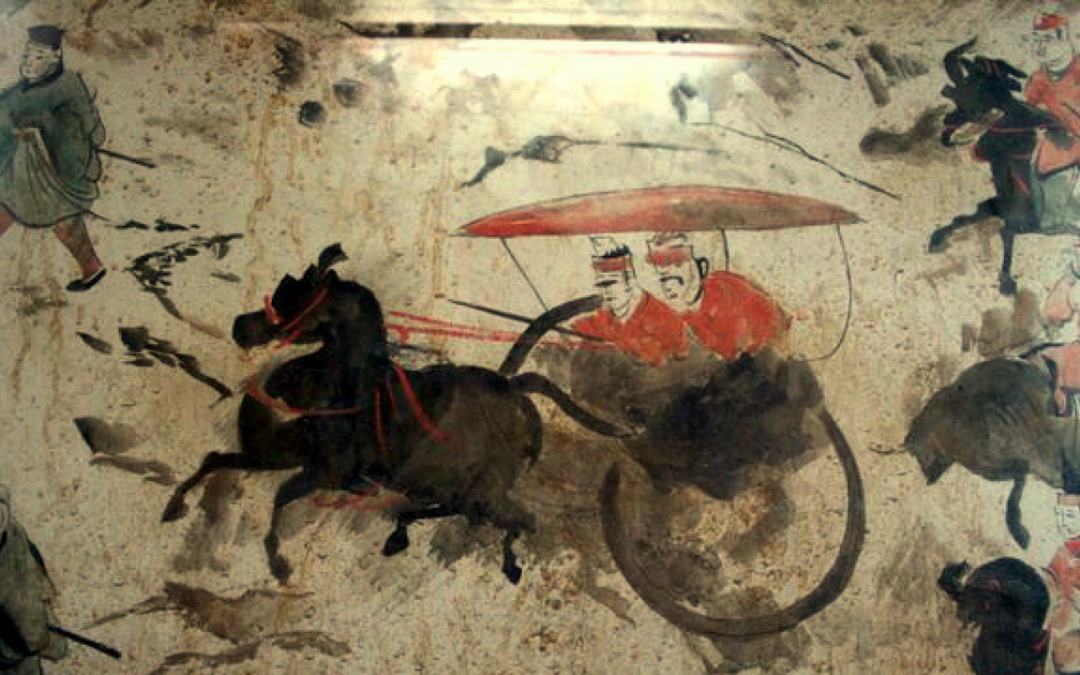 The Yellow Turban Rebellion/Decentralisation of Power 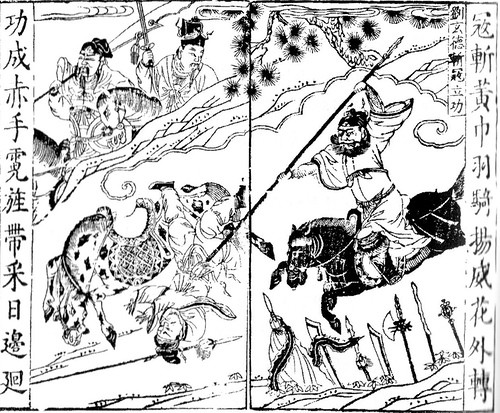 The Han entered a tail dive when the a huge rebellion took place led by a famous holy man. This was known as the Yellow Turban Rebellion, which was the largest of many rebellions taking place at the time. Advisers to the emperor (Emperor Ling of Han) convinced him that the revolts were happening because inspectors lacked administrative power. Emperor Ling decided to give the inspectors more power, and even the power to command armed forces, this was a mistake. Although the yellow turbans were eventually put down, Ling had given the inspectors (now called governors) the power to one day take over China. 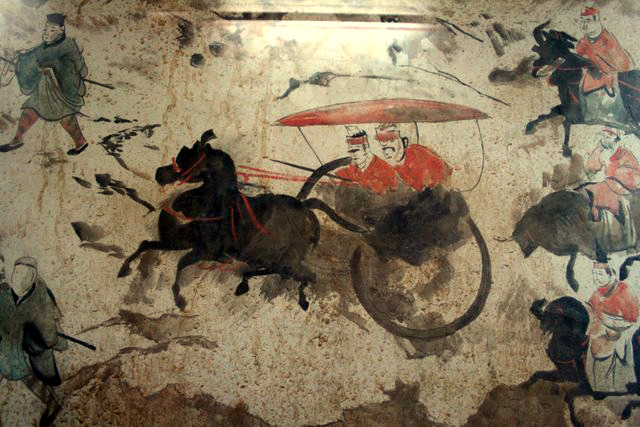 The fact that there were revolts at all, and emperor Ling’s naivete and lack of foresight show that much of the Han’s problems were due to poor leadership and decision making. This was because Emperor Ling was raised by eunuchs, who corrupted him. At the time it was a commone belief that a man who could not sire children would never seek power, but this couldn’t have been more wrong. The eunuchs taught him to fearful, and that everyone was an enemy. He only trusted the eunuchs who raised him, and became dependent on them for decision making. 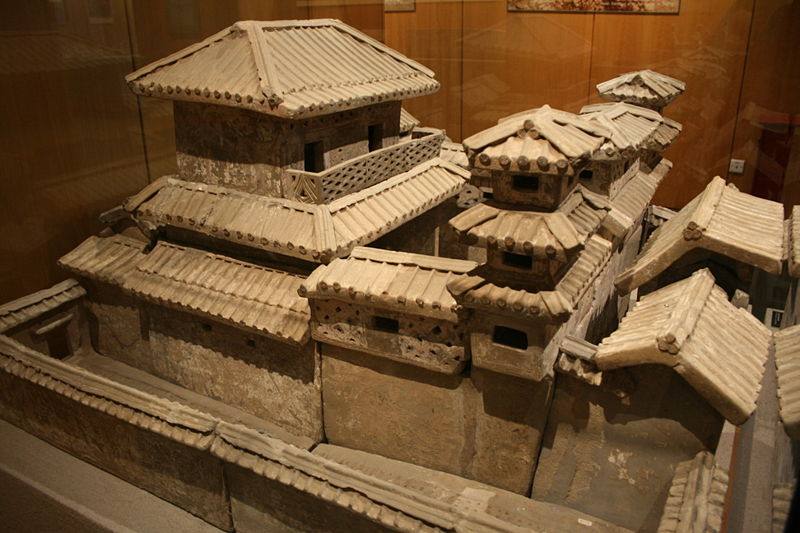 The Eunuchs were completelt corrupt, and spent in an insane amount of money on ridiculous luxuries. Eunuchs would embezzle money, and even bought and sold government and military positions. They completely ignored the needs of the people to build giant mansions for themselves. The people were in dire need of help, they were suffering through famines and natural disasters. Instead of working out a way to help them, taxes were raised to extortionate rates in order to pay for the emperors new garden. 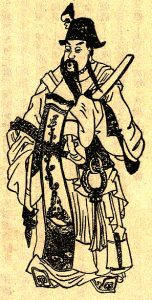 Power fell out of the hands of the Han when a series of events led to the rise of powerful tyrant known as Dong Zhou, whose rule is remembered for it’s cruelty. In 189 Emperor Ling died and his son, who was only 13, took over. His name was Emperor Shao, his mother Empress Dowager took charge as regent because of his age. Two men named He Jin, and Yuan Shao were plotting to kill the Ten Attendents who were a group of powerful eunuchs. He Jin was both General in chief and Empress Dowagers older brother, however she refused to approve of his plan. He Jin summoned Dong Zhou to march his army into Luoyang to threaten Dowager into eliminating the eunuchs. This backfired massively. The eunuchs discovered his poorly thought out plan, and killed him.

Yuan Shao then went on an indiscriminate rampage killing all of the Eunuchs. Some of the Eunuchs managed to survive the ordeal, in desperation they kidnapped Emperor Shao and his younger brother. After being cornered at the yellow river they gave up all hope and committed suicide by jumping into the yellow river. This chaos created the opportunity for Dong  Zhou to take power.

Dong Zhou found the young emperors at the yellow river after the Eunuchs had committed suicide. Prince Chen liu who was Emperor Shao’s younger brother appeared to nervous and quite shaken by the events, where as his older brother was sterner, and calm. Emperor Shao ordered Dong Zhou to escort them to safety, Dong Zhou obliged but then took the opportunity to seize power. He deposed Emperor Shao, and put Chen Liu on the throne, who became known as Emperor Xian. Emperor Xian had no real power, and was only a puppet for Dong Zhou who became a dictator. Dong Zhou brought his army into the capital to secure his safety. 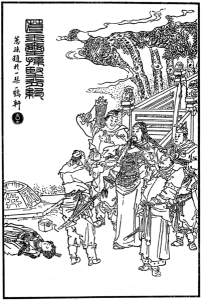 Dong Zhou couldn’t keep power forever and eventually found himself at war with a coalition of warlords, who aimed to destroy him and restore the Han. To escape the coalition Dong Zhou the capItal city of the Han from Luoyang to Chang’an. He forced the government, the emperor and all the citizens to travel to Chang’an, and even went so far as to burn Luoyang to the ground. The coalition was poorly led, and disorganised. While the generals were all busy arguing with each other and gettinG nowhere, Sun Jian decided to take a risk and attack Dong Zhou near Luooyang. His attack was successful and he successfully managed to put Luoyang under the coalition’s control. Dong Zhou was forced to escape. It seemed increasingly unlikely that Dong Zhou would survive, which sparked hope that the Han could gain back it’s power.

Failure To Return To Normalcy

One of the reasons for the fall of the Han dynasty was missing out on the opportunity created by Sun Jian. Dong Zhou continued to act atrociously towards his subjects after running away to Chang’an, and this eventually led to a coup. Court officials eventually started a conspiracy against him, led by Minster Wang Yun. Lu Bu eventually joined the conspiracy as well. He was a fearsome warrior, and Dong Zhou’s adopted son. Lu Bu already held a grudge against Dong Zhou for almost killing him in a fit of rage, and was also afraid that he would find out about his affair with one of Dong Zhou’s maids. Together they all managed to kill the tyrant, and eliminate his entire clan in May 192.

Now Dong Zhou was dead it was a great opportunity for the Han to return to the way it was and continue perhaps for another 1000 years, but this opportunity was thwarted by arrogance, and incompetence. Wang Yun became too arrogant and failed to eliminate all threats. He refused to give amnesty to Dong Zhou’s followers which convinced many of them that they would be massacred. This led to them rebelling, they stormed Chang’an and took control of the city. Wang Yun was executed, and the opportunity to restore the Han was lost.

Liu Bei was a famous warlord who aimed to restore the Han. The country had been split between three powers, Cao Cao, Sun Quan, and Liu Bei. Liu Bei was related to the emperor and fought against the other powers but ultimately failed, and the Han collapsed. He had spent his entire life building up an army, gaining land, and fighting intense battles to try and unite the country. In the end he failed, after his brother was killed, he attacked Sun Quan in a rage and lost. Liu Bei died, and eventually his forces were defeated. Without them there was no one left to restore the Han.

The Flaw In Zhuge Liangs Plan 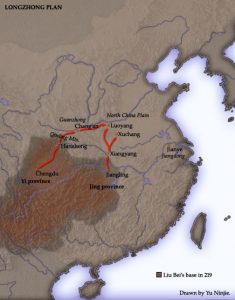 Zhuge Liang is said to be one of greatest strategists in history, and he came up with a plan to restore the Han. He worked under Liu Bei to achieve this plan called the Longzhong Plan. His plan was to gain control of land in southern China, and Jing in central China. This would give them a platform to launch a two pronged attack against Cao Cao. Unfortunately this plan was flawed from the beginning as he should have seen that it would be impossible to hold on to Jing province because it was a critical province for Sun Quan to hold in order to properly defended. 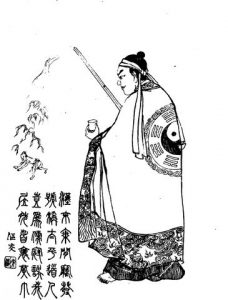 The final stage of all civilisations is decadence. The ruling elite and the emperor became decadent and no longer cared about the state of the country. They would embezzle money to buy expensive mansions. They would also sell positions in the government and military to the highest bidder. Often the person who received the position couldn’t pay the money straight away, and instead had to pay instalments. This put them in debt which led to them becoming corrupt, accepting bribes and embezzling in order to pay off their debts. They were so lazy that they completely ignored the uprising swelling below them.

The rebel leader of the Yellow Turbans, Zhang Jiao, gained power and as he did they did nothing to stop him. His army swelled to an enormous size, many people were joining because of the tyrannical conditions they were living in. Zhang Jiao formed a shadow government and was getting close to taking over the country. His plan was discovered by the Emperor and he had to start the rebellion ahead of schedule. Even though it was sudden and disorganised, there were so many of them that they won city after city.