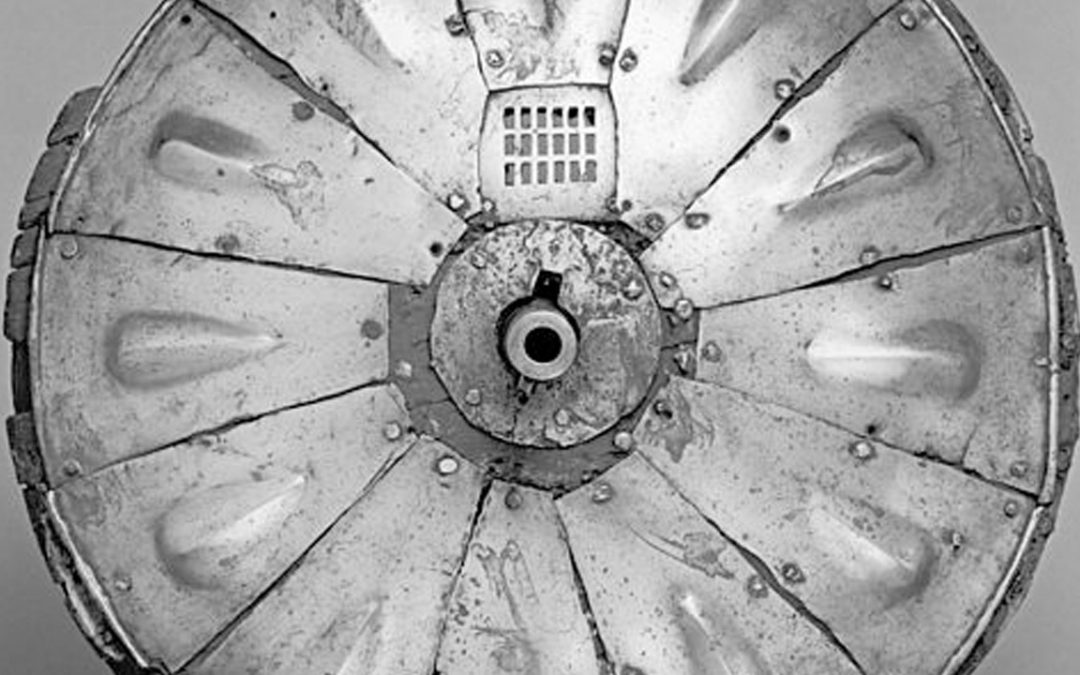 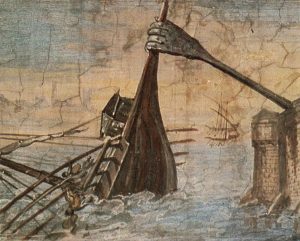 One of the most ridiculous ancient weapons ever made was the claw of Archimedes. It was a giant iron hand, controlled by a pulley system, and if an enemy ship got too close, then they would use it to lift up the ship, and break it in half. This was used successfully to defend against a Roman attack During the second Punic war. Roman ships attacked the walls of Syracuse under cover darkness. Many of their ships were destroyed in this attack, leaving the Romans, scared and confused as giant hands destroyed their ship. 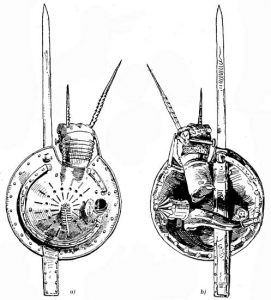 In medieval times physical strength, or prowess wasn’t the only way to survive in a war, a lot of people used intelligence to come up with more cleaver ways of fighting. One of these ways was to create an ancient weapon known as a lantern shield. The lantern shield was bucklelr combined with other items most commonly a lantern. The lantern could be used to blind your opponents while fight, or so you could fight in the dark. Some examples also combined gauntlets, spikes, added blades. 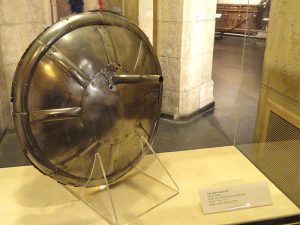 The gun-shield was uncovered from Henry VIII armoury, where 46 example of the weapon were found. It’s a round shield, with a small hole in the middle, where a gun would be pointed out of, so you could attack the enemy while also keeping safe behind a shield. This could have been very effective in warfare as you could defend and attack at the same time. It’s believed that Henry VII’s bodyguard might have used one. 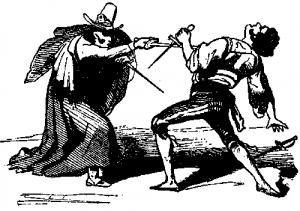 Sword breakers were sturdy swords with small slots on either side of the blade. These ingenious small slots were designed to capture the enemy blade, and then snap them in half, rendering the enemy weapon useless. Whether these weapons actually worked is up for debate, as it’s unlike a sword breaker would be able to break a modern sword. However swords in the past were a lot weaker, and known to break so it could be possible. Swords were also expensive, and wore down overtime, so it’s more likely they would break. 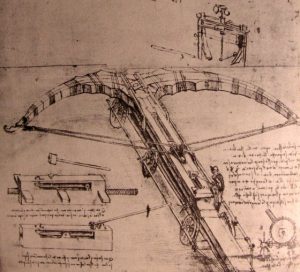 Da Vinci was a genius famous for creating many brilliant inventions. One of his ideas was to build a giant crossbow. The crossbow wasn’t built for devastating power but instead to simply terrify the enemies. He believed that fear and intimidation were one of the most powerful weapons there was. The crossbow would fire large projectiles including stones, and fire bombs. The crossbow would be 27 yards long, and need multiple men to be able to use it. 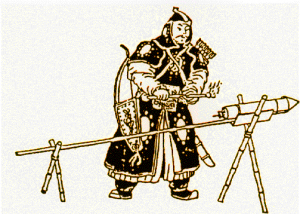 Gun powder is well known to have been invented by China, but what most people don’t know is that they also used this to create the first rocket launcher. Combining gun powder, and arrows, created a deadly weapon, however the couldn’t control the direction making it an ineffective weapon. They soon overcame this, by adding flights to it, like they had on the back of arrows, this allowed it to fly more accurately. They then took this even further, and created a device that could fire large amounts of missiles in one go. After making lots of these the Chinese could fire hundreds of arrows, in one go, devastating anything it hit. 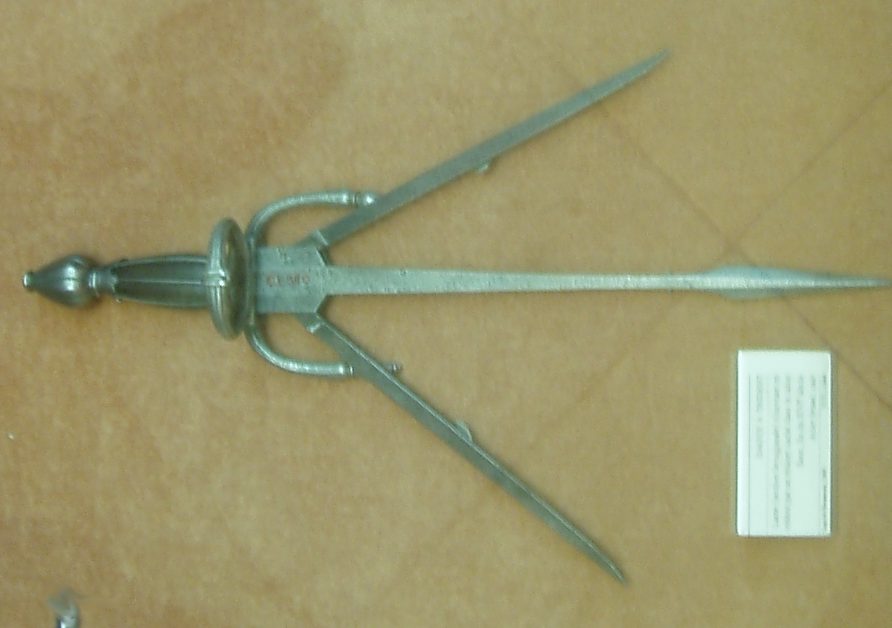 This ancient weapon doesn’t appear to be anything special when you first see, and most people would consider there enemy to be at a disadvantage if they only had a dagger. That underestimation is what makes the spring loaded triple dagger so effective. The dagger actually conceals a mechanism which allows the blades to split from one, into three, catching the enemy off guard, and making easy to disarm him. 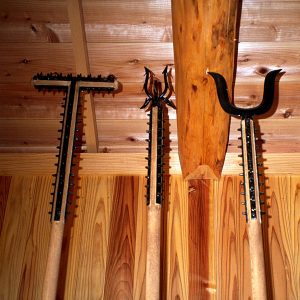 Man Catchers were pole arms covered in short spikes. It was designed to be a non-lethal weapon that capture enemies without killing them. They were often used to catch criminals, or people on top of horses, who they wanted to capture without killing. The man catcher was effective because it’s length, it was two metres long, allowing you to capture people who were far away, or high up on a horse. Although it wouldn’t kill you it would be incredibly painful, and you would easily fall of a horse, or fall to ground. Trying to stand while one was pulling on your leg could cause serious damage, leaving you in a worse position than before. 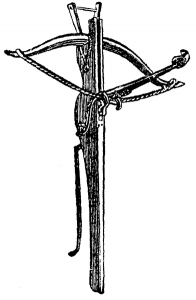 Unmanned Chariots armed with automatic crossbows, pulled by horses with burning tails. This ancient weapon would have been terrifying for the soldiers who saw it coming/ In a time where superstitious beliefs were widespread a chariot that was being driven by horses coated in fire, and guns fired by no one, could make people think they were being attacked by ghosts or demons. In 180 ad there was large rebellion against Yang Shuan. Yang Shuan was completely outnumbered and needed to come with something to break up the army, without costing him any lives. He thought of creating crossbows that could fire on their own, and attaching them to chariots. The chariots would be pulled by horses who would be pointed in the direction of the enemy, and have their tails set on fire.

The Triple Crossbow was a giant crossbow made with three different bows. It mainly made for defense, but also be used for offensive means. It was created in ancient China during a time when people were constantly at war. It could fire projectiles over a mile, and disrupt armies before they even reached the gates. This ancient weapon was 24 ft long, and needed 10 men just to operate it. The arrows were large, and coated in iron allowing it to destroy anything in it’s path. This weapon gave it’s owners the ability to attack a city while being nowhere near, a terrifying power at the time.