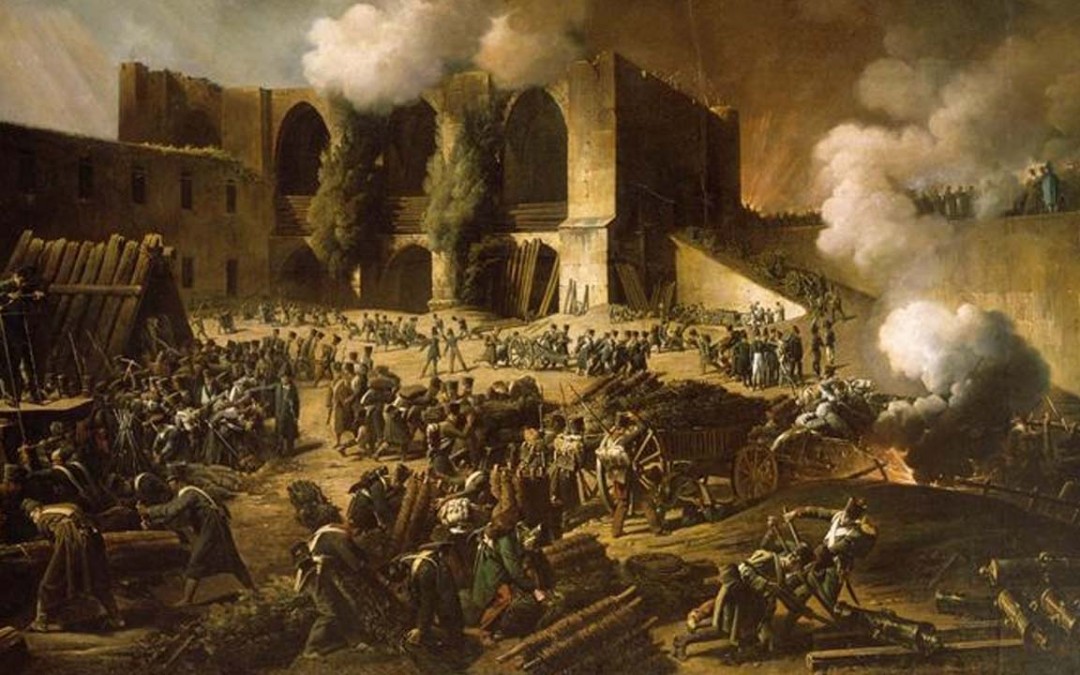 Sieges can be the longest and bloodiest of all battles. They can last anywhere from days to years. There are many ways to besiege a fort, or castle. You can cut off their supplies and starve them out, force them to come out and face you on the battlefield, or attack the castle directly and kill them until they surrender. You normally need an army 3 times the size of the defending army for a successful siege. 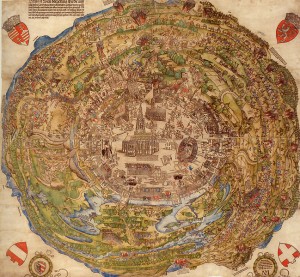 This was the first attempt by the Ottoman Empire to capture the city of Vienna, in the hopes of offsetting the Ottoman Empires decline. He Ottoman army led by Suleiman The Magnificent had lost many troops during it’s advance into Austria, because the spring rains were very heavy that year and caused flooding. They had lost a lot of artillery and the troops were fatigued, and unfit for warfare. The Ottomans started digging and mining below the cities walls to try and bring them down, the Austrians successfully launched cannon fire to cease the digging. The siege went on for a long time and the Ottomans failed to make any progress. They were dangerously low on food, and water, no advances on the wall had been successful and the troops were starting to doubt their victory. Suleiman held a war council to decide whether to retreat or surrender. They decided to have one last all out attack, and gamble that they win. They lost this attack as well, repelled by the defender’s pikes and, hook guns.

The siege of Paris 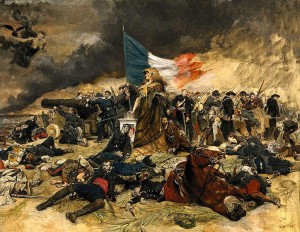 Prussian forces besieged France, with an army of 240,000 regulars, against more than twice as many French soldiers. They surrounded the city and cut off all supplies to the area. France held out for as long as they could and rationed their food, but eventually they became desperate and started eating, cats, dogs, and most of the Paris Zoo. It is commonly said that members of the city evacuated with the use of hot air balloons but this is actually a myth.

The Siege Of Leningrad 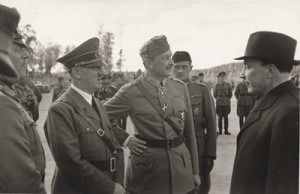 Hitler mistakenly felt that Leningrad would fall like a leaf when he besieged the city. Even though he didn’t have the manpower to infiltrate the city he believed that by bombing the area, and dropping propaganda leaflets saying to surrender, the city would quickly comply. Inside the city they only had enough food for about 45 days, and the siege would last for 900 days. Even with this in mind they still did not surrender. Martial law was declared and, they stared to ration, although the people were not told of the shortage so as to avoid panic. Eventually there wasn’t enough supplies for heating, and the Russian winter was on it’s way, water pipes froze limiting the amount hey ad left drastically, thousands resorted to cannibalism. Luckily the cold weather froze over a nearby river, which allowed the elderly and weak to escape, and for more supplies to be transported in. Because of this the city was able to last until the Germans had to retreat. 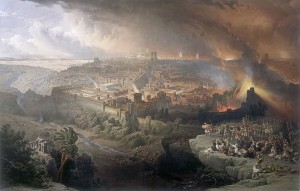 A Jewish revolt broke out and was a thorn in Rome’s side, for quite some time. It started when Gessius Flora was ruling the city of Judea, he hated Jews and treated them maliciously. When they started to complain and stand up for themselves he ordered a massacre. He thought this would quell any rebellion, but instead it ignited one. The rebellion was successful at first, they managed to take over Jerusalem, and cause trouble throughout Judea. The current Emperor Nero sent Vespasian to take back the city, and defeat the rebel forces. Nero then died, and Vespasian became emperor, and appointed his son Titus to take care of the rebellion. Titus was capable, and broke down the city walls, one by one with catapults, it looked like the end for the rebellion they fought on valiantly. Eventually the Jews fell back to their temple for a final stand. It took three years to break into the temple, and when they finally did they found all the rebels dead on the floor. 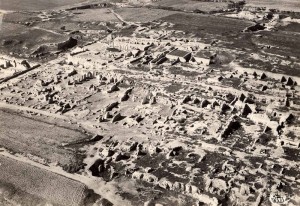 Carthage was attacked by the Roman Empire in three different wars known as the three Punic wars. The last war was the most brutal, and fatal for Carthage. Rome attacked with 84,000 troops, Carthage had 90,000 soldiers, and 400,000 civilians. Rome was vastly outnumbered. The Carthaginian surrendered quickly, however they considered Rome’s terms unacceptable and chose to fight instead. They built as many weapons as possible, and fortified the city. Rome had little trouble getting through Carthage’s walls, but when they got inside they realised that every house had been fortified, and every person in the city was armed. They slowly took over each house one by one, street by street. Eventually Carthage surrendered, even with their vast numbers, and fortifications they were no match for Rome, only 50,000 survived and they were all sold into slavery. 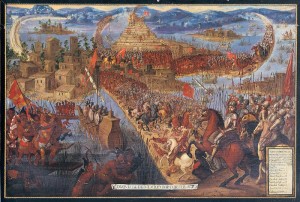 This marked the end of the Aztec dominance. The much smaller Spanish forces defeated the Aztecs, and then ransacked the city destroying everything, walls, houses, temples. Part of Spain’s victory was down to luck, the Aztecs were dealing with a smallpox epidemic which devastated their numbers, the Spanish luckily had a natural immunity to the disease. The Spanish then bombarded the Aztecs with cannons until they surrendered. The war only lasted three months but over 200,000 people were killed.

The siege of Masada was a well known battle in the first Jewish Roman War. 2000 years ago a Jewish uprising took place to fight oppression against Jews. The event was recorded by Flavius Josephus who was a captured rebel leader. Masada was an almost impenetrable fortress occupied by 960 rebel Jews. Roman governor Lucious Flavius Silva marched thousands of men to take the fortress, many of which were captured Jewish prisoners. Lucious surrounded the city, he then spent three months building a ramp so he could transport siege equipment to the fortress, and break through. As they slowly moved the siege equipment up the wall they fired a volley of blazing torches at the wall. When the Romans finally entered they found all the rebels dead, they had committed suicide to avoid capture.

Mehmed II was king of the Ottoman Empire and waned to capture Constantinople which was the Byzantine capital. Mehmed besieged the Constantinople which was under Constantine XI’s rule. He first bombarded them with cannons, but his cannons took three hours to load and the walls would be repaired by the time he fired again. Mehmed had 80-120,000 troops, and large naval support. Constantine defended the city against a naval attack by putting a large chain across the harbour, blocking enemy ships from getting close to the city walls. Although this stopped them for a while they eventually got around the chain by rolling ships across land on greased logs, and then managed to sail them to attack the city walls. Initially every attempt to get through the walls failed, because of this Mehmed decided to launch a large scale final assault to take down the wall. Mehmed attacked the walls in three bouts, he first sent poorly equipped  weak units To weaken the enemies, he then sent stronger troops to further weaken them, finally he sent his elite Janissaries to attack. They struggled for a while but eventually managed to defeat the enemies and get through the wall. Mehmed’s soldiers poured in and won the city. 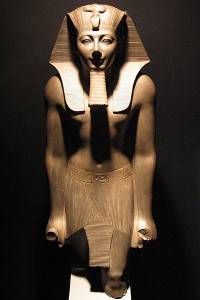 This is one of the earliest battles known to man. Pharoah Thutmose III led his army into what we know today as Palestine in the hopes of defeating a rebellion made up of Mesopotamian city-states led by the king of Kadesh. Thutmose won a decisive victory against the enemy army, and forced them into retreat. The coalition force managed to make it safely back to a fortified area. Thutmose rode the momentum of victory and went on to defeat them again in their fortified position. Both armies started around 10,000 troops. Thutmose lost about 4,000 and the enemies lost about 11,700.

The Great Siege of Gibraltar 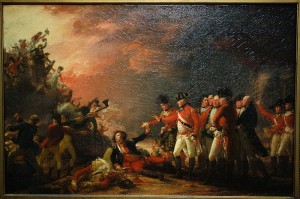 1779-1783. Many new inventions and military tactics were created during this war. British forces were besieged for almost four years. While Britain was fighting America in the war of independence Spain and France thought it was a good opportunity to attack, and reclaim Gibraltar which was a key link in Britain’s control of the sea. He attacking forces wanted to turn it into a battle of attrition but couldn’t stand up to the British navy who were superior in naval battle. The French and Spanish realized their plan wasn’t going to work, so they launched a final attack to try and defeat Britain. The British countered with cannon fire, where the canon balls had been heated so they were red hot, and set fire to ships they hit. The French and Spanish conceded defeat and retreated.