10 Unbelievable Mysteries Of The Mind 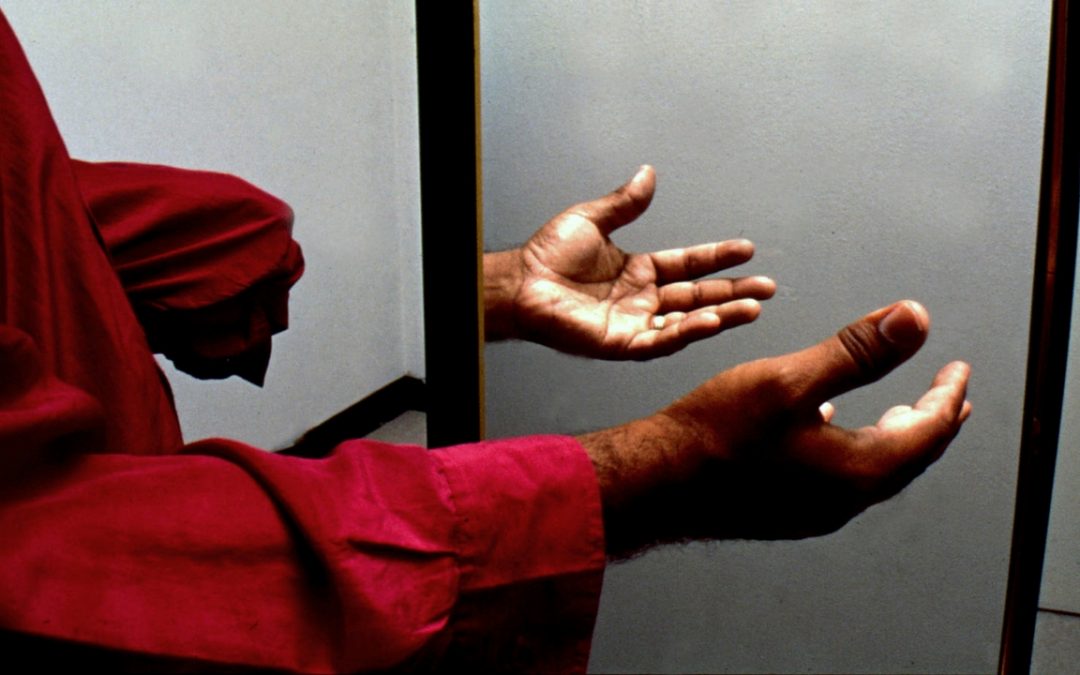 The mind is one of the most mysterious and complex objects in the known Universe. Psychologists, and neuroscientists have studied it for years, and still haven’t come close to fully understanding how it works. The mysteries of the mind, once solved, could reveal revolutionary discoveries of the human psyche. Interestingly the brain keeps developing until the age of 40 and uses 20% of the total blood and oxygen in the body. This is a list of the 10 most unbelievable mysteries of the mind.

Where is consciousness? People have been trying to answer this question for many, years, but even with modern technology we still haven’t managed to come up with an answer to the question. Consciousness is the state of being aware of an object, or of something inside of yourself such as thoughts or feelings. Many scientists believe the hard question of consciousness to be: why should complicated brain processes feel like anything? Why aren’t we just advanced robots who can work efficiently with nothing on the inside? Another question scientists have trouble with is, where is consciousness in the brain? Some scientists believe they have found the answer, but nothing has been proven yet, and it could be a while before we do find it. 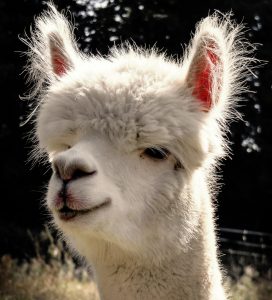 What has more influence over our lives, nature or nurture. This question has been on people’s minds for centuries. The view that we are influenced solely by are environment, is known as Blank-Slatism. They often believe that if you control the environment properly humans can be shaped to develop traits, and that could control the type of person they grow up to be. Many scientists now believe that it’s a mix of nature and nurture and this has been backed up multiple times by research, but the question of which one’s influence is bigger is still one of the biggest mysteries of the mind. 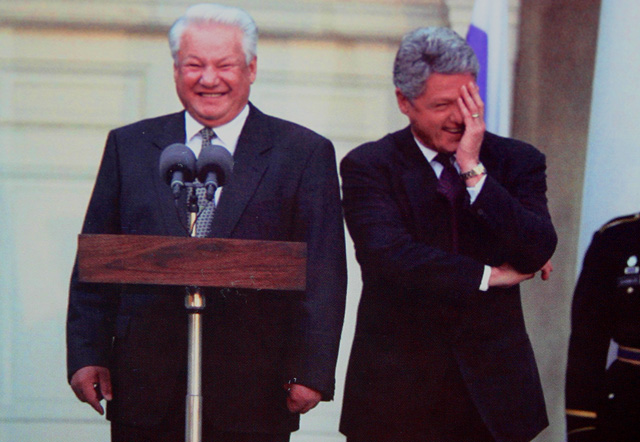 We don’t know the specific mechanisms in the brain that cause us to laugh, however we know that laughter is caused by many thoughts, and sensations, and that it activates many parts of the human body. For instance many of the bodies muscles are involved in the process of laughing, and your breathing pattern changes as well. One other interesting thing we know is that laughter is mostly a social thing, we laugh mainly when we are around others, and the majority of the time we laugh it isn’t at a joke, but just during normal conversation. Laughter can also be a relief from stress, which may be why we laugh in awkward or embarrassing situations. 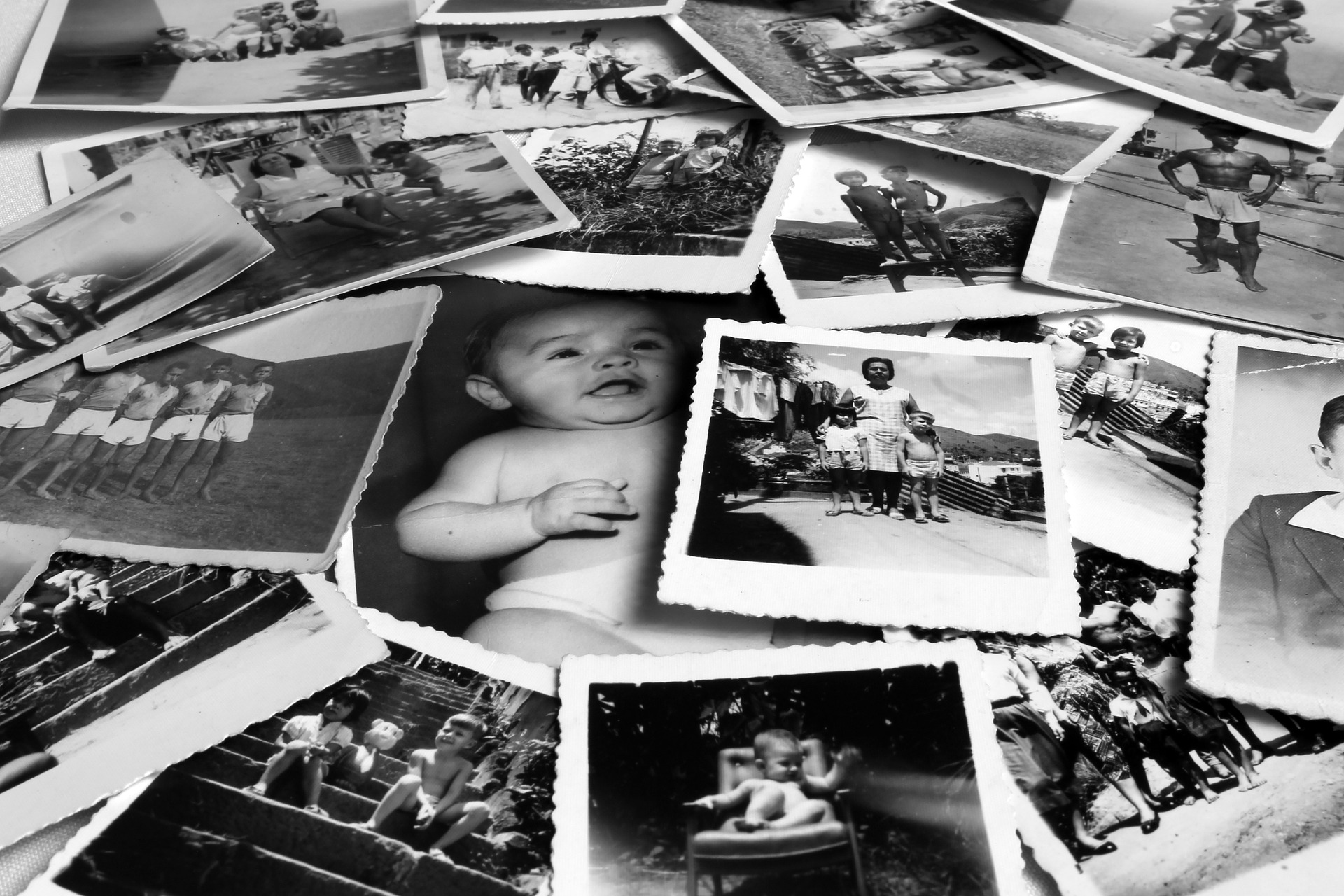 One of the most intriguing mysteries of the mind is how we store, and retrieve memories. We still have no idea how we do it. How is it possible to learn someone’s name, and then be able to retrieve it quickly years later? Our brains have around 85 billion neurons, the vast complexity of the brain makes it hard to work out exactly how memories are formed, and stored. Another reason it’s so complicated is because there are different types of memories in the brain, there is short term as well as long term, and lots of different subtypes of memory as well. Some of these types are easier to remember than others, if a memory is linked to an image it is easier to remember. We also have an easier time remembering things that had an emotional impact on us.

How Does Music Trigger Emotion? 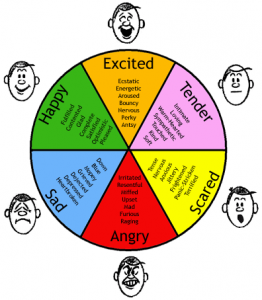 Everyone has experienced how music can change the way you’re feeling, sad music can make you more depressed, and happy music can fill you with joy, and this isn’t just anecdotal it’s been backed up by numerous studies. To this day scientists still haven’t worked out why. One theory is that enjoying music is just a side effect of certain things like language, and sensing our surroundings. Humans enjoy music from a young age and without being taught, even babies will start dancing to happy sounding music. 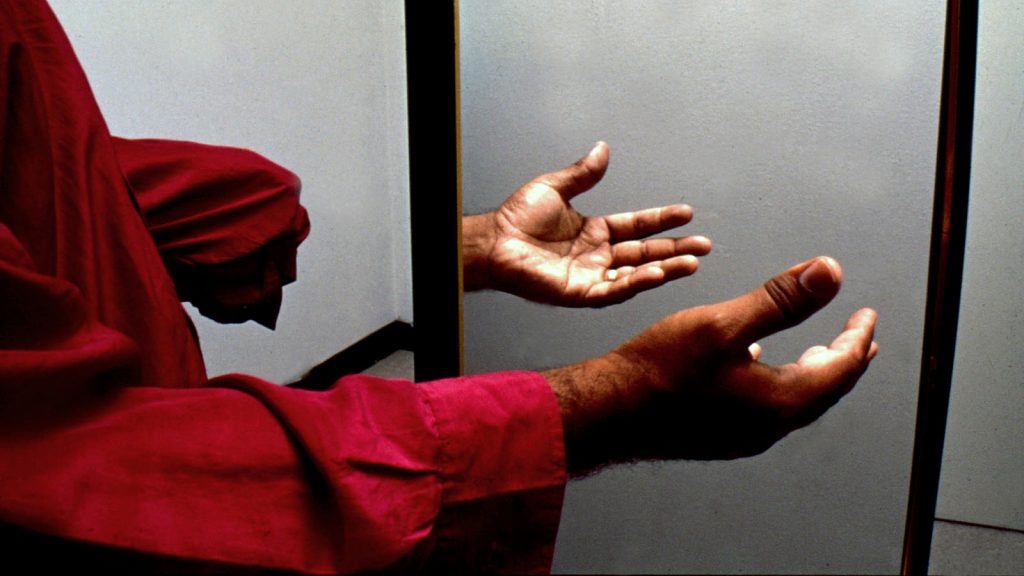 A phantom limb is when people missing a certain limb still feel as if they have. It’s common among amputees, in fact 90% to 98% of amputees experience this. They feel the same as they did before their arm was removed and can even feel sensations like touch and pain, in the arm that doesn’t exist. Phantom Limb has been one of many mysteries of the mind for years. The first documentation of it was written in the 1800’s by Silas Weir Mitchell. In 1983 a doctor was experimenting on a patient who had lost his right hand. The doctor held out a cup and asked the patient to reach out and hold it with his right hand. The patient reached out and said he could feel the cup. The doctor then repeated the experiment, but moved the cup away when the man tried to grab the cup. The man then said, ouch and asked the doctor why he did that. The doctor asked what he meant, and the patient said that it felt like the doctor had ripped the cup out of his hand. 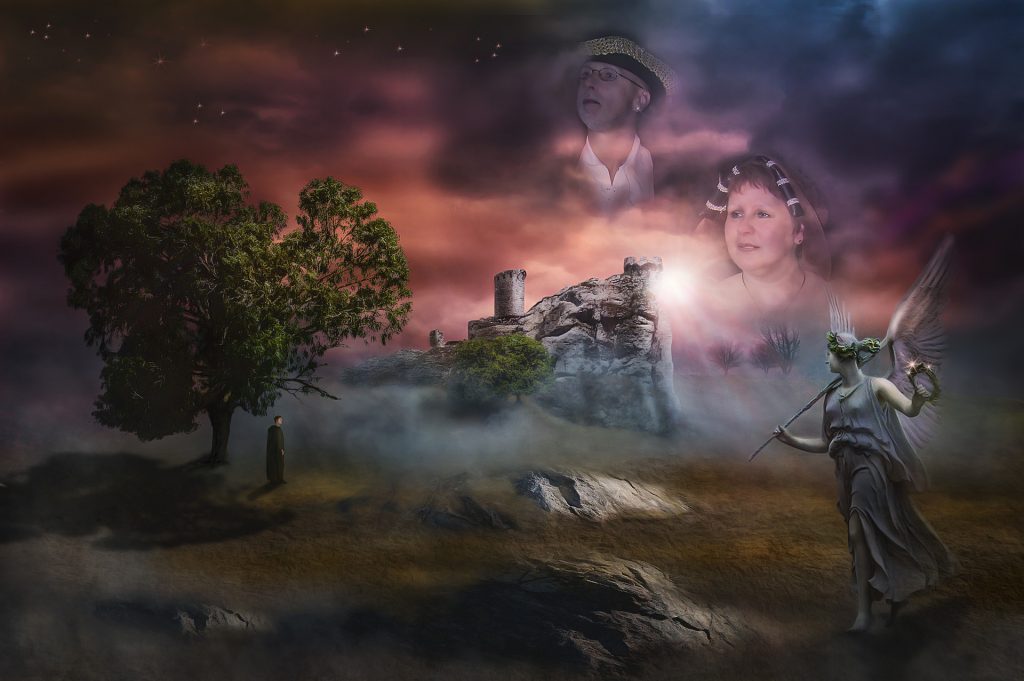 Dreaming is something we all experience but nobody knows why. There’s no shortage on theories of why this happens and some of them are especially fascinating. One famous theory comes Sigmund Freud, he believed that dreams were a type of wish fulfilment. Your dream can represent your current desire. Another interesting theory is that dreams are a way of practising how to get through threatening situations. If you are ever in a situation similar to a dream you had, you should be able to deal with it better. It could also be a way we evolved to solve problems, when we dream we can make connections more easily which could help us to solve problems we have trouble with while awake.

How Do We Tell The Future? 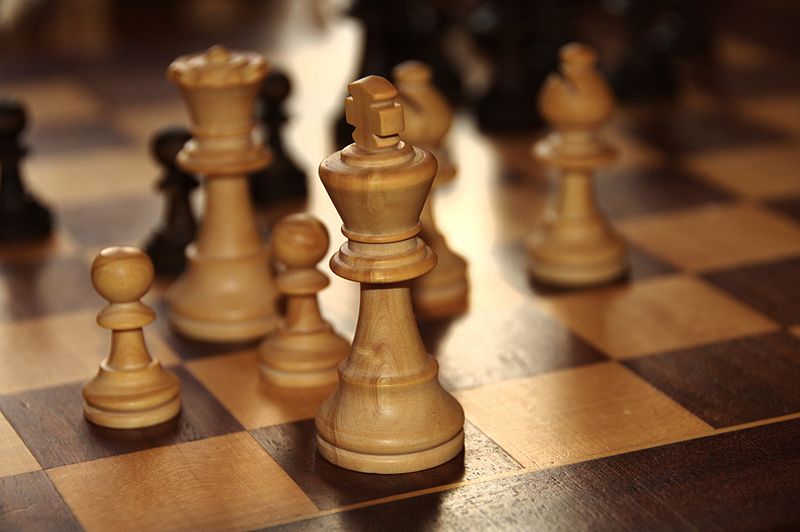 Humans have the amazing ability to tell the future. When a grandmaster is playing chess he can often tell what moves his opponent is going to make before he makes them, but why? Humans are predicting the future all throughout the day, whenever you make a decision you consider all the options and what futures they could lead to. Although all animals can do this to an extent we can plan much further ahead then any animal on the planet. 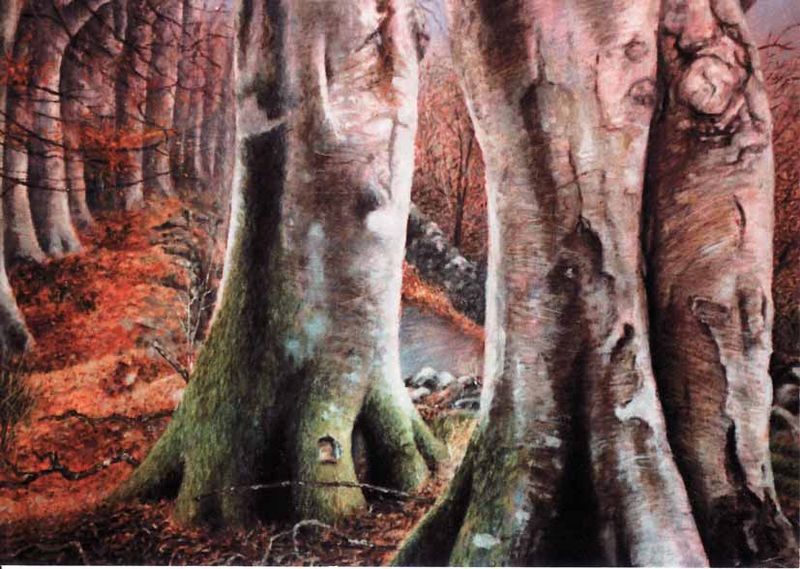 Perception how we organise and interpret information in order to understand the world around us. Perception involves signals in the nervous system which result from stimulation which can be physical or chemical. One example of perception is when light strikes the eye’s retina which allows us to see. There are two prominent theories on how we perceive, one is bottom up processing which states that [processing is carried in one direction from the retina to the visual cortex, with each stage of the visual pathway carrying our more complicated analysis of the input. The other is top down processing which relates to the use of contextual information in pattern recognition.

Does Free Will Really Exist? 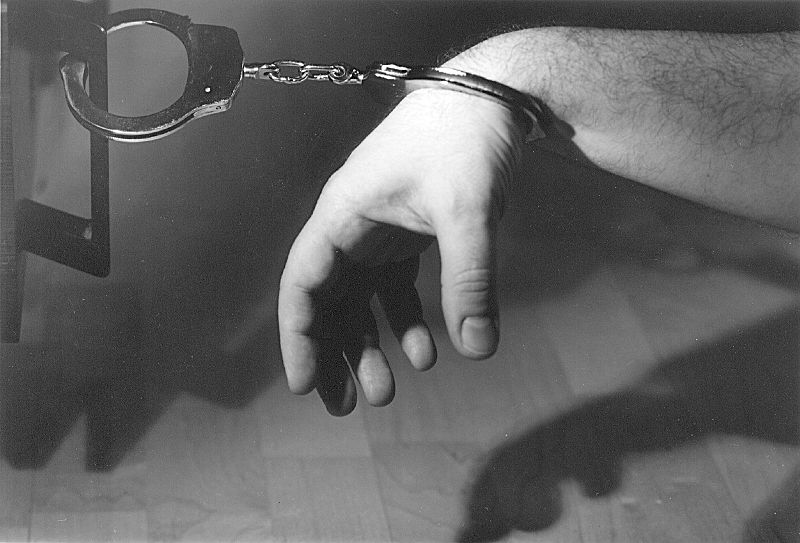 The idea that we don’t have free will is known as Determinism. It states that every action we take is determined by genetic and environmental causes, and that we don’t actually choose any of the actions we take. Using advanced technology scientists have actually been able to see what choices someone would make before they consciously made the decision. The decision had already been made in the brain, and the human was only aware of the decision after it had been made. Scientists have also looked into the brain and never found anything like an agent that makes choices.