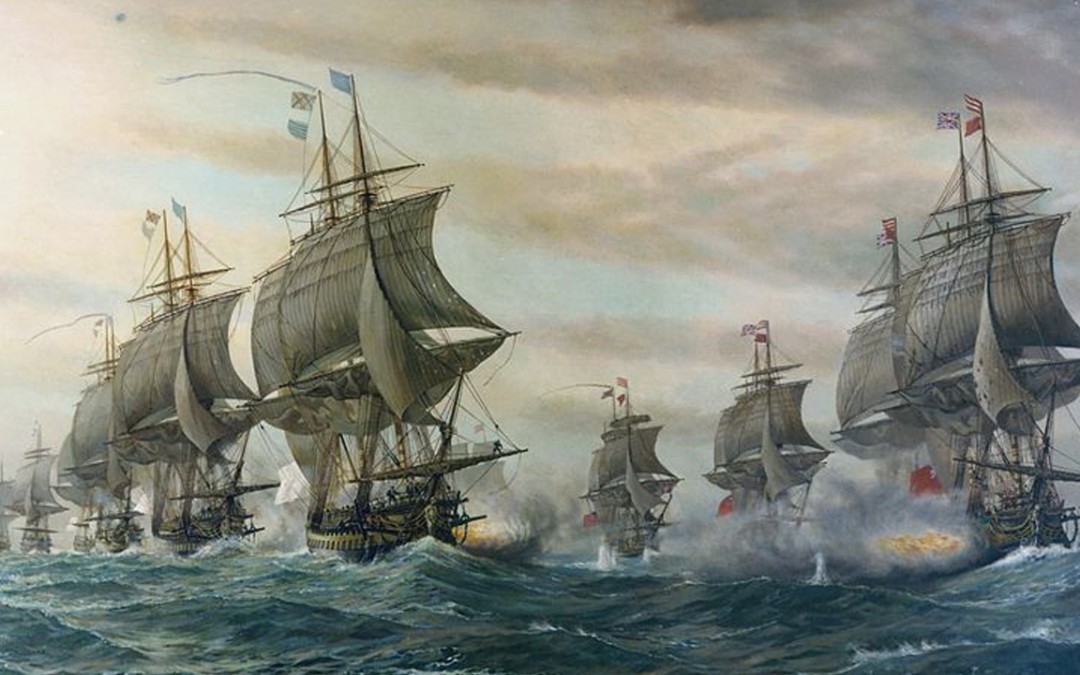 For every Ottoman empire there is a Byzantium. For every Sun Tzu there is a Tony Blair. In this list we count down 5 extremely embarrassing failed imperial conquests. 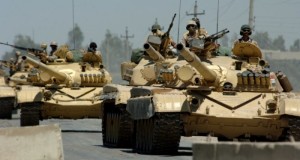 After Saddam Hussein annexed the whole of Kuwait, the largest military coalition since World War two (34 states) declared war on Iraq. All the whores of Baghdad couldn’t save Saddam the caning he received at their hands. An ariel bombing campaign started the war in 1991. Military infrastructure was blitzed as 88,500 tons of explosives were dropped.

After several months of fighting, Iraqi forces were forced out of Kuwait. They set almost 700 oil wells alight while retreating; which is something I’d certainly do in their position. Not that a ruthless dictator gets the Nitro Genius stamp of approval though.

After the war the Kuwaiti monarchy was installed as smoothly as windows 8 could be installed on a Sinclair ZX80. 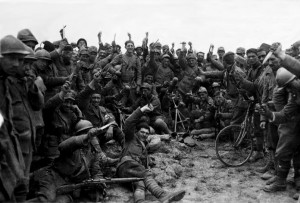 Italian troops getting ready for a rap battle

In the same way the pet dog ate the cyanide pill, Benito Mussolini once invaded Greece. The invasion started a chain of events that led to the first land victory against Axis powers and Mussolini having to call uncle Adolf in for help. 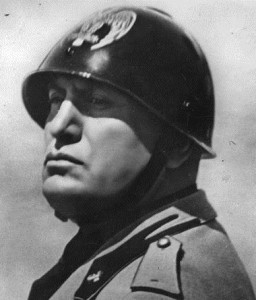 Mussolini here reflecting on how much he hated Greece

After Greece rejected an Italian ultimatum demanding use of their territories, Mussolini ordered the invasion of Greece. His heightened confidence, due to victories in North-Africa, led him to under-estimate the number of troops needed to storm Athens. By 23rd April 1941 Italian and German troops had been driven out of Greece. The Greek resistance dealt such a blow to Axis morale that Churchill once said “we will not say that Greeks fight like heroes, but that heroes fight like Greeks.”

3) The Battle Of Isandlwana: 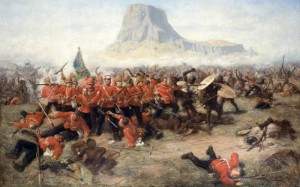 The first major incident during the Anglo-Zulu war was the Battle of Isandlwana. Eleven days after the British Empire began invading Zululand, an Army of 20,000 Zulu marched on a British camp and launched a devastating attack. Armed mainly with iron spears and cow-hide shields, the Zulu completely decimated that British troops who were armed with the latest rifles and artillery guns.
This was the worst defeat the British had ever suffered from a military force less advanced than them. In response to this, the British Empire took a more militant approach to colonizing Zululand. Crushing the Zulu monarchy. 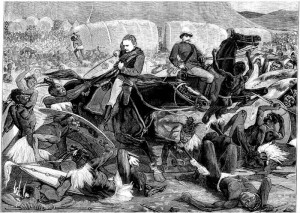 European troops were always depicted as the heros 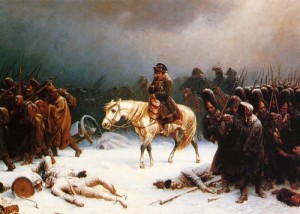 The return journey to France

The year is 1812 and the self proclaimed big man of Europe, Napoleon Bonaparte, mobilizes his legendary army. He has his sights set on Moscow and for a while his troops capture territory at a pace that would keep Mel Gibson’s heart beating for the vital four minutes he may no longer have at this point.

Part of Napoleon’s tactic was to feed his troops using the land they had previously captured. Realizing this, the Russians used a ‘slash and burn’ campaign. They abandoned their land, fleeing for the east, slaughtered all animals and burned all crops. They even set alight and abandoned Moscow.

With no food or any real sufficient supplies, the French were forced into retreat by an unimaginable Russian winter. Napoleon’s army lay in ruins, paving the way for his ultimate defeat and imprisonment by Coalition forces. By December 14, 1812 the Russians were celebrating victory over France and looking forward to rebuilding the shit-pit of a city they had left behind. 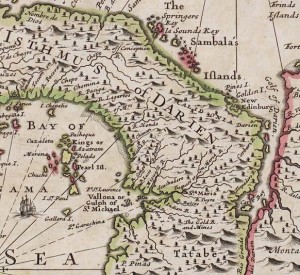 A map of the Darien

This scheme to Kick-start the Scottish empire by establishing a colony in Panama was about as successful as Mel Gibson’s home-based holocaust museum. You see, before Scotland was part of Britain, their trade efforts with North American territories was blocked by England. Their solution to this was to claim land of their own in the New World.

The Darien company, founded in 1695, was tasked with establishing a colony in central America with the hopes of turning Scotland into a world trading nation. They gathered the 400,000 pounds needed and set sail for Panama in July 1698.

Along with the threats from the Spanish and English Empires, the harsh jungle climate ensured the settlement would stand as strongly as my friend from school we called “wobbly Pete”. They surrendered to the Spanish in the year 1700 which left Scotland almost as bankrupt as Zimbabwe is today. With no real wealth, the Scottish land owners decided to sacrifice their independence and join Britain. Of all the failed imperial conquests, this was clearly the worst.

The real lesson of this is not to invade Kuwait, Greece, South-Africa, Russia or Panama. And nothing else.