6 Greatest Battles Of Alexander The Great 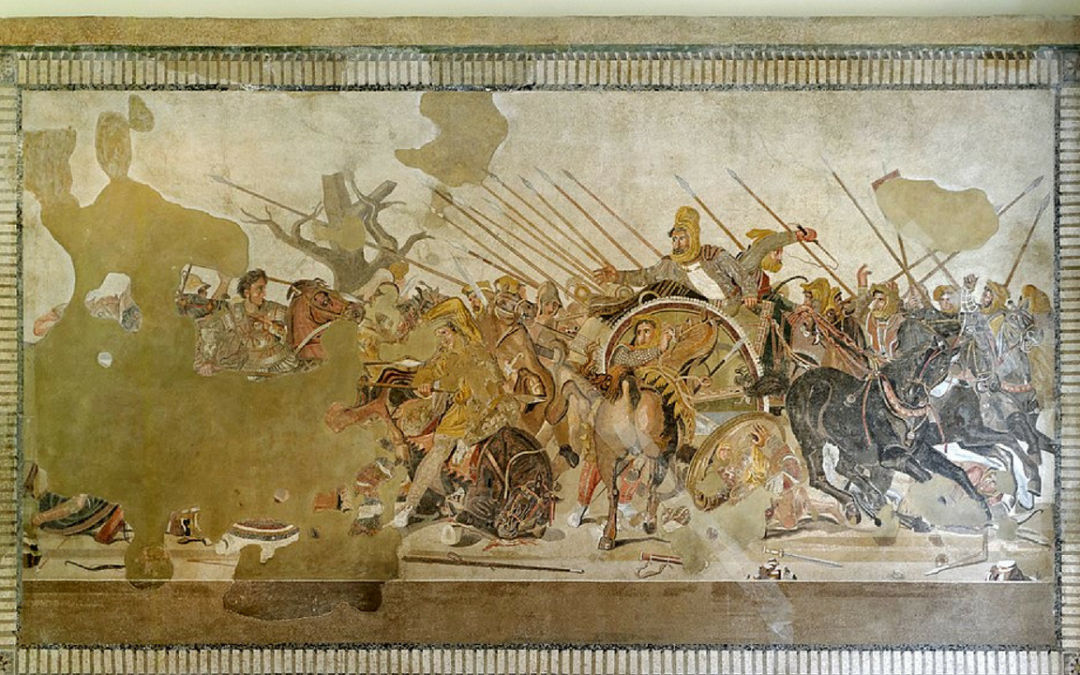 Alexander the Great is known as this for good reason. soon after becoming king of Macedon he decided to achieve his father’s dream of conquering the Persian’s and did so in three decisive battles. Alexander was taught by Aristotle at a young age, and, somehow, never lost a battle. Which is extraordinary considering how many battles he fought, often against much larger armies. In the end Alexander’s winning streak was defeated by itself. He only stopped conquering because his men got so exhausted from the constant victoies they demanded to go home to their families. This is something only Alexander the Great could achieve. His leadership skills, and mind for strategy are unparalleled, and these are his greatest battles.

In the first of a trilogy of epic battles against the overwhelming Persian Empire, Alexander won a victory that secured him half of Asia Minor. But how did he do it? It’s always interesting to see the genius strategies Alexander used to defeat his opponents. Alexander initially caught the Persians off guard by invading before the campaigning season. The Persian commander Arsames was advised to fall back and starve Alexander out, but against this better judgement, he decided to meet Alexander on the battlefield. Alexander charged forward with his elite Companion cavalry but found themselves surrounded and forced to fight for their lives. Alexander the Great almost died here, but was rescued by his men. Eventually, his heavy cavalry managed to smash through the Persian forces, and push them into retreat. 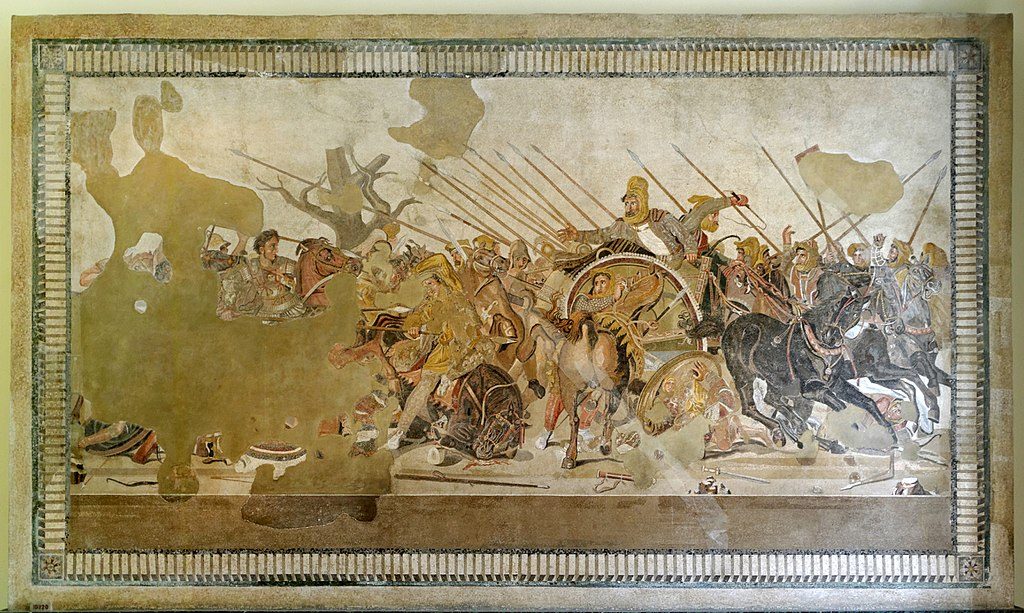 After his major victory at Granicus, Alexander next fought with the Persian’s near the village of Issus in Turkey. This was also the first time Alexander would fight with Darius III, King of Persia on the battlefield. This battle would end catastrophically for Darius, who was left fleeing from the battlefield in shame. Alexander was fighting with a force of 40,850 men, whereas Darius may have had up to 108,000 according to modern sources.

With such an overwhelming advantage victory would have seemed certain for Darius, so what went wrong? In the beginning of the battle everything went smoothly for Darius, but the decisive moment came when Alexander managed to slice open the Persian line with an assault he led on foot against the Cardaces. A tribe he was fighting alongside also managed to push back a force of Persian skirmishers. Alexander took this opportunity, and led a cavalry against Darius himself. Darius fled the battlefield, and victory was won shortly after. The remaining Persian forces fled when they realised their king had done the same.

The Battle Of Tyre

After his victory at Issus Alexander marched into Phoenicia, where Byblus and Sidon surrendered to him. Alexander met with Tyrian envoys who promised that they would honour his wishes. Alexander said that he wanted to sacrifice to Hercules in Tyre. but, even though they had just promised to comply with his wishes, they refused. This is because Alexander’s request was simply a tactic to try and occupy Tyre, which was an important strategic city. Refusing this however, was a declaration of war. Alexander gave them once chance to take this declaration back by sending his messengers to ask for their surrender.

The Tyrians executed all of the messengers. Negotiations were over, and Alexander had no choice but to invade. This wouldn’t be easy however. Tyre was known to be a formidable city, so the defenders were confident they wouldn’t be conquered. But this was Alexander the Great they were dealing with. He conquered the city, killing 8,000 Tyrians, enslaving the civilians, and only losing 400 of his own men. 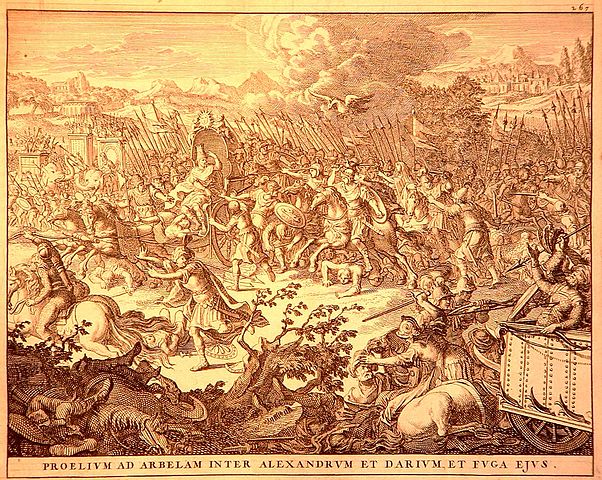 The Battle of Gaugamela was the last of the three major battles between Alexander the Great, and the Persians. It’s also the most famous of he three. Alexander gained Babylon, half of Persia and all of Mesopotamia. Alexander was outnumbered by the Persian’s once again. He had 47,000 men, where as the Persians led an army 120,000 strong. Darius didn’t just have a numerical advantage, he had also chosen the field of battle himself, and had been waiting for Alexander’s arrival. These were three huge advantages. It would take another miracle for Alexander to win this.

Alexander had one thing over Darius and that was an outstanding cavalry. During the battle Darius had committed too much of his cavalry, which left his infantry in the centre of the battle exposed on the left flank. Alexander himself led his cavalry and charged in to exploit this. Once again, after being penetrated by his cavalry, Darius fled. Once the rest of his army realised Darius had fled, they ran for it. Darius was later murdered by one of his governors. With this victory Alexander had destroyed the Persian Empire, founded by Cyrus the Great.

Battle Of The Hydaspes 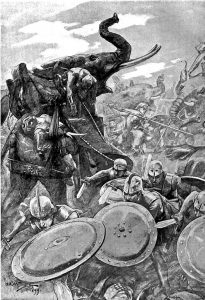 Alexander had never fought a harder battle than this. He fought against King Porus of the Paurava. The Paurava in the Indian subcontinent didn’t fight by normal means by Alexander’s standards. Other than the 50,000 infantry, and 1,000 chariots, they came with 85 war elephants. Elephants are not only deadly creatures, but also lower morale for the opposing force. Even so Alexander wasn’t the sort of person to back down from a challenge. During this battle Alexander decided to cross the monsoon swollen river, even though Indian forces were close by. Despite this fact he managed to flank Porus’ army.

This is known to be one of Alexander’s greatest moves. Just from looking at Alexander’s battles alone it’s clear that a battle can be decided in a single moment, one moment of decisiveness can win or end a war, and it was these moments where Alexander shone. Alexander won this battle but it was his most costly victory yet. He decided to offer King Porus a position as a governor out of respect for him, and Porus accepted. 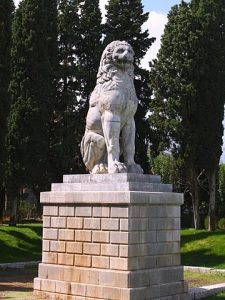 Before Alexander’s father Philip II died, he carefully conquered Greece for the Macedonians by playing the Greek city states against each other. However, they were eventually faced by an allied force made up of the Athenians and the Thebans. If they could win here, than the Macedonians would be able to conquer all of Greece. They, of course, defeated the allied Greek states. This was partly due to the use of the Sarissa. A large 13 to 21 foot pole used by the Macedonian Phalanx. The opposing Phalanx used much shorter pikes. In medieval and ancient warfare, the longer weapon is normally the superior one. During the battle the Sacred Band of the allied Greeks refused to surrender and chose to fight to their deaths even when surrounded.