How Alexander Of Macedon Almost Conquered The World 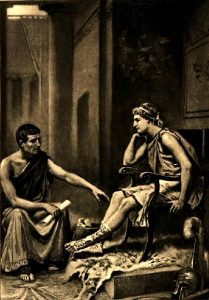 Alexander of Macedon was born on the sixth day of Hekatombaion, an ancient Greek month, which most likely means he was born on 20 July 356. A strange occurrence was said to take place on the day of his consummation. According the Greek historian Plutarch, Olympias dreamed that a lightning bolt struck her womb and caused a fire that spread far and wide before dying. Philip apparently had a dream where he saw himself putting a seal engraved with the image of a lion on her womb. These and many other legends about the day he was born may have been intended to convince people he had supernatural abilities.

Philip once bought a horse from a trader for 13 talents, but was infuriated when it refused to be mounted, and wanted to send it away. Alexander asked if he could have the horse, and tame it himself. His father agreed, and Alexander did indeed tame it. He rode it for years, all the way into India, where it eventually died naturally at the age of 30. It was named Bucephalas.

At age 13 Alexander began searching for a tutor. He considered many academics, but eventually decided on Aristotle, although he didn’t come cheap. Aristotle requested that Alexander restore Stageira which was Aristotle’s hometown. He also asked him to buy and free the citizens who had been taken as slaves, and to give pardons to those in exile. Alexander agreed, and was tutored by him at Mieza. Alexander became passionate about the works of Homer. Aristotle provided him with an annotated version of the Iliad, which Alexander brought with him on his campaigns.

Rise To The Throne

At age 16 his education under Aristotle ended. His father Philip II left to wage war with Byzantion. In his absence, Alexander was in charge. Alexander responded to a Thracian Maedi revolt, and drove them from their territory. He then colonised it with Greeks, and founded Alexandropolis. When his father returned he got Alexander to subdue revolts in southern Thrace. After further successful battles, and wars they were able to conquer Greece, except for Sparta who they avoided war with.

In the Summer of 336 BC, the head of Philip’s bodyguards Pausanias, assassinated Philip. He then tried to escape but fell on a vine. He was caught and killed. They didn’t waste any time after his Philip’s dead, for Alexander to be proclaimed king by both the nobles and the army.

As King Of Macedon 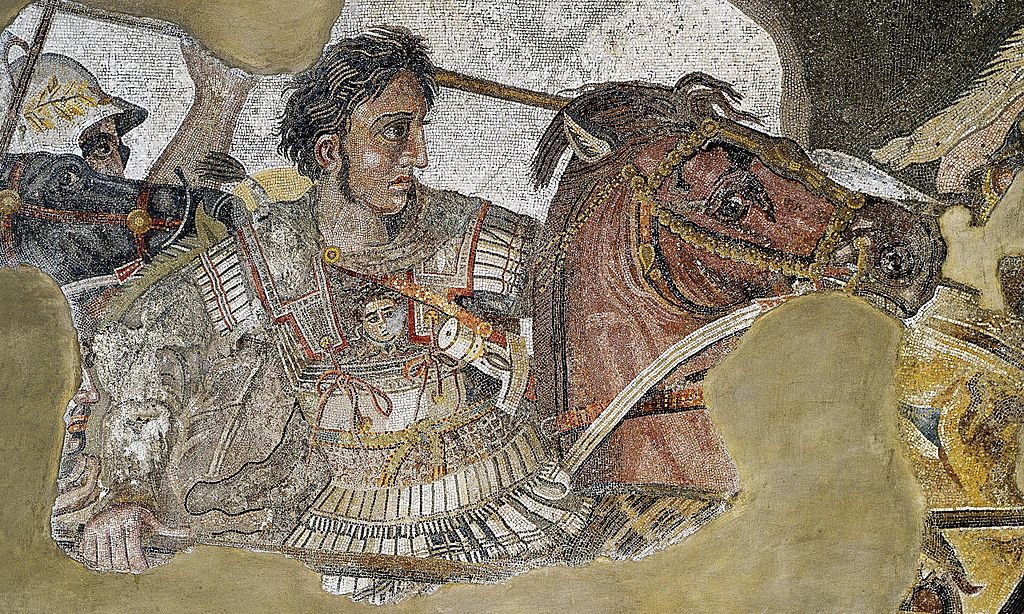 As king, he quickly began to defeat any possible rivals, and consolidated his power, through assassinations. When news spread of Philip’s death, Thebes, Athens, Thessaly, and the Thracian tribes north of Macedon all revolted. Alexander was advised to use diplomacy, but instead, he gathered 3,000 cavalry, and rode south towards Thessaly. He caught the Thessalian army, and they surrendered quickly. He added them to his army, and then travelled towards the Peloponnese. At Corinth Athens sued for peace, and he pardoned them. While there he encountered a philosopher named Diogenes, a famous philosopher who lives in a barrel. When he asked the philosopher what he could do for him, Diogenes replied that he should move because he is blocking the sunlight. Alexander was impressed and replied that if he were not Alexander he would want to be Diogenes.

Conquest Of The Persian Empire

At 22 years old, Alexander started the war against the Persian Empire. The three main battles in this conquest were the Battle of Granicus, the Battle of Issus, and the Battle of Gaugamela. The Battle of Granicus was the first major battle between the two powers. At the river Granicus Alexander boasted 40,000 troops, against the Persian’s 25,000. Alexander exploited the mistake the Persian’s made by putting their cavalry on the river banks with their infantry behind them, which caused the cavalry to be stationary. Alexander used six battalions made up of 9,000 infantrymen to distract the cavalry. He attacked the Persian left flank, drawing the center, and weakening it. He then ordered a direct assault to exploit this mistake.

After the Persian defeat at Granicus, Darius III marched behind Alexander’s forces to cut off their supply lines. This led to the battle of Issus, where Alexander was fighting against a much larger Persian army. This ended in a decisive defeat for Darius.

This all culminated in the battle of Gaugamela where Darius III fought Alexander again, this time with an even larger army. Yet he still lost, even though he outnumbered Alexander so severely. The fact that it happened twice meant it wasn’t luck. Alexander was able to beat vastly superior forces because he used better tactics and strategies, which would make him a formidable person to beat. 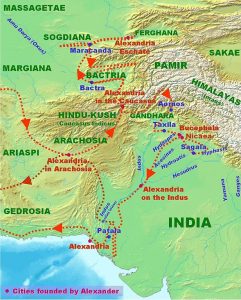 In 326 BC Alexander of Macedon began the Indian Campaign. Alexander’s goal was to conquer the entire known world, and at this time the Greeks believed that India was located at the end of the world. This campaign would prove to be one of the hardest for him. The Battle of the Hydrapses river is considered to be one of his most costly victories. He fought the Indian King Porus. After the victory Alexander asked the King to become of his satraps. Even though he won the battle, Alexander’s men refused to advance further north. This was the closest thing he had to a defeat, because never in his entire life did he lose a single battle. 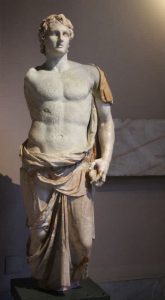 Even though he was consistently outnumbered, he still never lost a single battle, which is why he is known as “The Great”. Alexander was the head of a diverse army, from different cultures, and speaking different languages. To overcome any disunity that might appear as a result of this, he personally led his forces and took part in the battle. This was a brave but dangerous move, and it almost cost him his life on at least one occasion. Alexander was flexible with his style and would adjust it to fit his opponents. One example of this is when he was faced with the elephants among Porus’s ranks. Here he opened his ranks to envelop the elephants and used their sarissas (long spears) to attack the handlers.

Alexander became incredibly ambitious because of the influence of his parents. His mother encouraged him to believe that he was destined to conquer the Persians, and he watched his father campaign almost every year, winning constantly, despite serious wounds. This also caused him to become competitive and try to outdo his father, which he certainly did.

He was rash, and impulsive, but also had a calm, intelligent side, allowing him to look at things logically.

Legacy Of Alexander Of Macedon 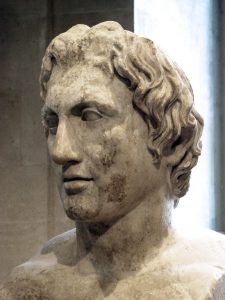 By the end of his life he had created one of the largest empires in history, and never lost a single battle. Alexander’s campaigns increased trade, founded cities, and created many legends such as him having a relationship with the queen of the Amazons.