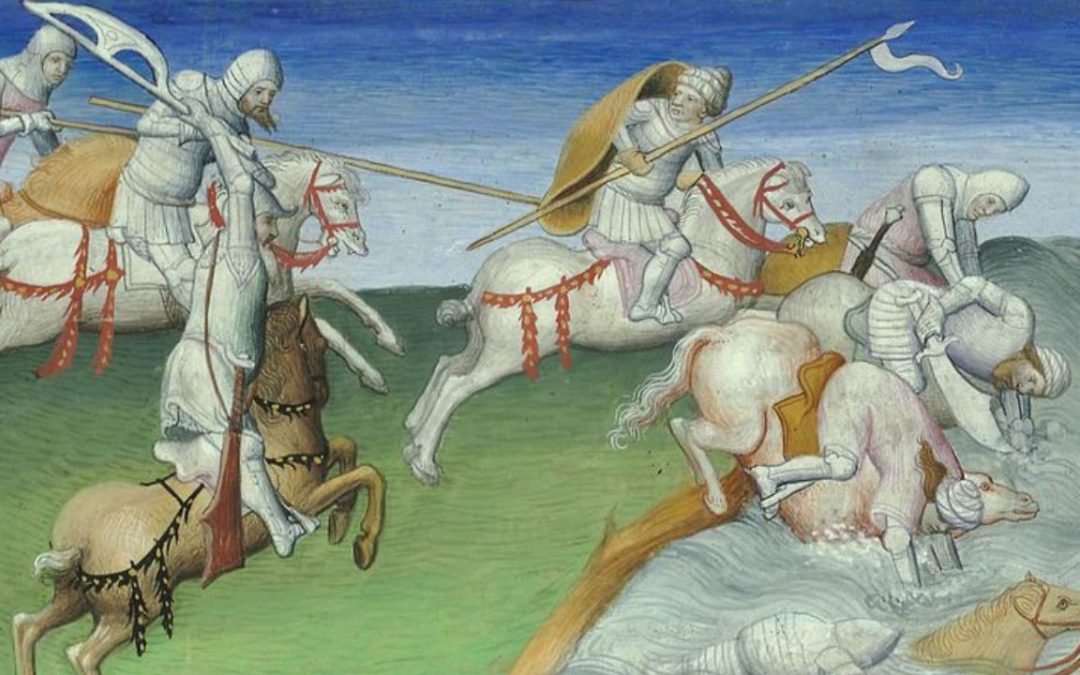 There are countless lost countries. Nations that have been forgotten by history. Some were great, while others were insignificant. Here are their stories. There are some countries the world is familiar with. Hollywood has given the world an insight into American culture. But other countries are less well known. People outside of Belarus and Tajikistan know virtually nothing about them. Some people probably don’t even know they exist. But if you think that’s bad, there are many historical countries that most people don’t know existed. So many mighty kingdoms and empires who once ruled much of this world are now largely forgotten.

Others were weak or relatively short lived countries that history deems unimportant. But they are equally interesting and therefore deserve their spot on this list. From an island ruled by pirates to the other Canada, here are ten lost countries you didn’t know existed. 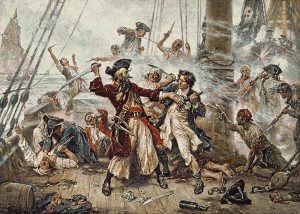 In the golden age of piracy some pirates grew strong enough to start their own countries. So that’s what they did on a small Caribbean island. The pirate republic was home to Blackbead, Sam Bellamy and many other notorious pirates. They would attack any ship to sail close enough to their island – and so European leaders called them “Enemies of all mankind”. Blackbeard was elected to lead them. He enforced their own set of laws known as the pirate code.

The republic was established in 1706 as a haven for pirates. As such, it saw massive wealth flood in. But this left them without allies. To make it worse pirates aren’t good at running countries. They just aren’t. So the British empire took control of the island in 1718. They hanged every pirate to resist but offered full pardons to those who immediately surrendered. I wish all lost countries were ruled by pirates. 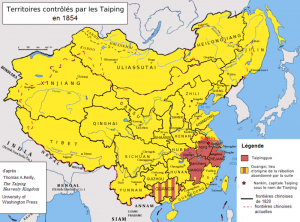 The Taiping Rebellion was a massive Chinese civil war. It lasted from 1850 to 1871 and it’s thought at least 20 million people died. It all began when a religious leader proclaimed himself the brother of Jesus Christ. He wanted China to be a christian state. So after attracting a large following he carved out his own kingdom. The Taiping Heavenly Kingdom eventually cointrolled considerable territory and 30 million people. Private property was abolished along with social class. But the kingdom was isolated with Chinese forces eating away at it’s borders. With western support, China crushed the kingdom in 1864. Shortly before it’s fall their king died. His 14 year old son succeeded him just in time to be brutally executed. Some estimates put the death toll to one hundred million. 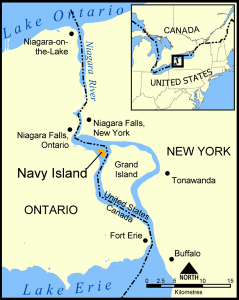 When I mention the Republic of Canada you might think I’m talking about the modern nation of Canada. But I’m really talking about a little known chapter in Canadian history. This may well be the least well known of all lost countries. In 1837 armed uprisings took place in Canada. Rebels wanted various political reforms, some of which would materialise after the rebellion was crushed. Shortly before the uprisings were defeated a group of about 200 rebels fled to a tiny island near the American border. They were led by William Mackenzie. He declared the island an independent country.

It was a republic that attracted hundreds of supporters with the promise of land and silver. He armed and trained these supporters but the British navy simply bombarded the island until they abandoned it. This ended the republic of Canada after just one month. Mackenzie fled to America and founded a newspaper. Before the rebellion he was Toronto’s first mayor. 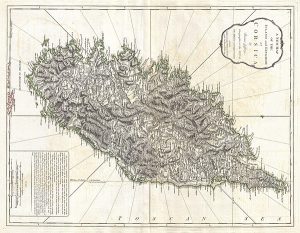 Napoleon was born on the small island of Corsica. Around that time it was an independent republic known for resisting invaders and being pretty much ungovernable from the outside. But the year of his birth was when Corsica fell under French control. But being nationalistic and almost ungovernable, France lost control of Corsica during the French revolutions. A new leader of Corsica emerged. He asked the British for protection.

They agreed on the condition Corsica would be a client state of Great Britain. The British king as their monarch but their own government was elected. But many within Corsica wanted nothing less than full independence, which this clearly was not. In short, the kingdom was literally ungovernable and so the British withdrew. The Anglo-Corsican kingdom fell in 1796 when France retook the island. It lasted just two years.

Until 1868 Japan was not ruled by it’s emperor; power was held by a position known as the Shogun. But then a massive war broke out. One one side you had the Shogunate, who ruled Japan. On the other, forces wanting the emperor to regain power. The shogunate was defeated and absolute power once again fell to the emperor. This is known as the Meiji restoration as the emperor was called Meiji. But then something strange happened. Part of the shogunate’s forces fled to the large island of Ezo. They declared an independent republic modelled on the united states.

It was Japan’s first democracy. But with only a small force and a handful of foreign advisors, Imperial forces soon took the island. The republic failed to gain international recognition and lasted just 5 months. They didn’t really have time to do anything. With Japan now unified the emperor began to industrialise and expand military might. She was the first Asian country to industrialise.

The Kingdom of Aksum was an ancient African state. With it’s capitol a vital point in the silk road, enormous wealth fuelled the city. It wasn’t much of a military power but this wealth bought them influence over surrounding powers. In fact one Persian prophet called Aksum one of the four great powers of it’s age, with the others being Rome Persia and China. In the early days of Islam, muslims fled to Aksum for protection as no surrounding power would dare invade. Without this protection it’s unlikely Islam would have survived. Ironically it was the Islamic empire whose expansion one day isolated Aksum economically. It fell into decline from then. If I were making a list of lost empires, rather than lost countries, Aksum would be listed as number one. 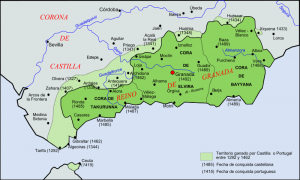 Until 720 Spain was ruled by the Visigothic kingdom, a successor state of Rome. But in the 8th century North African Muslims invaded Spain and Portugal. They destroyed the kingdom and established their own state. But Christendom wasn’t happy about Islamic rule in Spain and after many centuries of war, left only a small part of Spain under Muslim control. It was called the Emirate of Granada. As it held a vital port the emirate flourished economically. Muslims from elsewhere in Spain fled here for safety and it’s capital become Europe’s largest city. But in the 14 hundreds, other ports grew in importance and Granada declined economically.

This was the first nail in Granada’s coffin. The second was that Castile, a Spanish kingdom, was joining with and annexing it’s neighbours. It was only a matter of time until Castile came for Granada. After a lengthy war the final and isolated Muslim rulers in Spain were exiled to Morocco, which was then called the Kingdom of Fez. 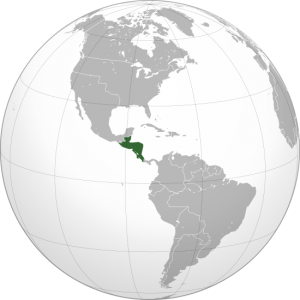 We now look at the USA – the united states of central America, which is what some incorrectly call the Federal Republic of Central America. It was established in 1823 after the region gained independence from Spain. But disaster soon struck. The Mexican empire annexed it’s northern provinces and there wasn’t much they could do to resist their enormous neighbour. Luckily Mexico became a republic in 1823 and the annexed provinces were given a choice to join Mexico or the independent republic. They chose the latter. So now the USA, as it definitely should not be called, was back together.

But with so many ethnic groups, nationalism pulled the state into civil war. On top of that they couldn’t agree on basic issues like the abolition of slavery. And if you can’t agree on slavery you may as well just part ways. That’s some life advice for you. The Federal Republic of Central America fell apart… because obviously. 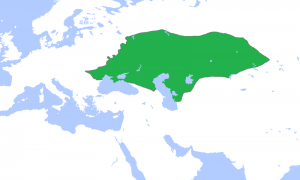 Probably the most well known on this list is the Golden Horde. It was a large segment of the mongol empire, stretching from central Asia to Eastern Europe. After the empire fell, it became independent. Being Mongols, they were terrifying. They invaded Russia and subjugated it’s people until Ivan the great freed them. Russians were forced into thick wooded areas for safety from the horde, which is why a lot of Russian architecture was inspired by onions and acorns and things like that. At the Golden Horde’s peak, their ruler converted to Islam. This is partly why central Asia today is majority Muslim. The Golden Horde lasted 2 and a half centuries but was far too big for it’s own good. With such different and distant tribes within the empire, the horde tore itself apart.

Kingdom of the Isles 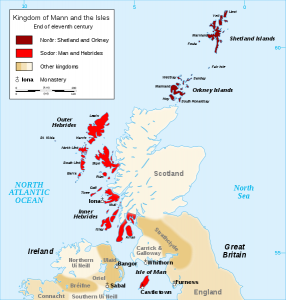 The Kingdom of the Isles was a collection of islands successfully invaded by Vikings. The kingdom was ruled by their descendants from the 9th to 13th centuries. But only some of the time those rulers were not simply puppets of bigger kingdoms like Norway. At one point Norway invaded and directly ruled the islands, but the islanders fought back, regaining independence. It was a relatively powerless kingdom that usually kept to itself. Or at least that’s why historians assume the historical record of the kingdom is incomplete. One thing we know is Norway and Scotland fought a war over who owned the isles. Eventually Scotland just paid Norway a lump sum for ownership of most of the kingdom. But Norway got to keep Orkney and Shetland, which today are both part of Scotland. So that’s awkward.