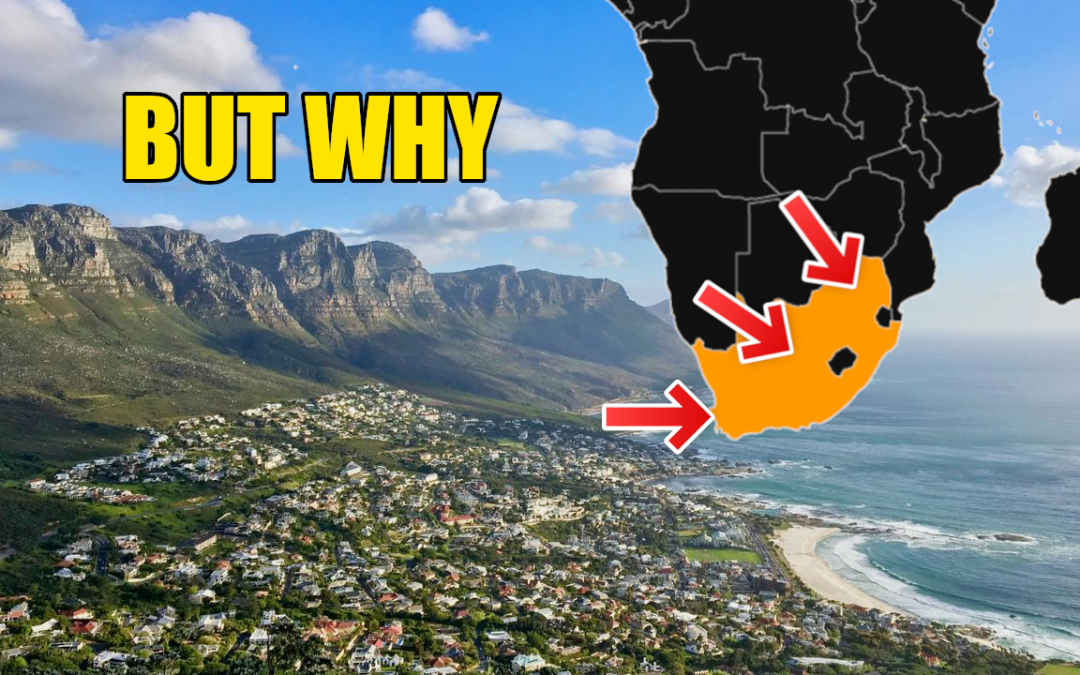 There are many weird South Africa facts but today we examine the most amazing of them all. South Africa is unique in a very specific way. Most countries have just one capital city – often the largest or oldest. But South Africa actually has 3: Cape Town Pretoria and Bloemfontein. Each of those cities has a main branch of government, with all being seen as equal. This of course brings complications as South Africa is a much larger country than most people realize. And having the different branches of government so far from each other doesn’t exactly help. As it happens executive powers are based in Pretoria, so that’s where the president and cabinet are. The parliament is in Cape Town so that’s where the laws are actually made. And the high court is in Bloemfontein. The whole thing is a confusing mess, especially for government officials who are constantly being sent between the 3 cities.

If I had my way South Africa would start again with just one capital. Preferably the small town of Darling or maybe Los-my-cherry. By the way the name Los-my-cherry comes from a local language and apparently it means leave my girlfriend. So that’s weird. To understand why South Africa has 3 capital cities we need to look at the strange history of the country. South Africa was created in 1910 when 3 individual territories were unified as one state. There was the British colony of cape and two northern regions settled by the Dutch. To even get to this point 2 wars had been fought between the British and Dutch settlers. So to avoid the prospect of a third war a number of compromises were debated. Among the most debated was the location of the unified states new capital city.

Each of the territories had their own capital already and none were looking forward to giving it up. So to keep everyone happy…ish it was decided they would all remain the capital city simultaneously. It’s the kind of idea that’s just ridiculous enough to work – and clearly it has. Still now they remain South Africa’s 3 capital cities. Interestingly none of them is the largest city in South Africa. Johannesburg holds that position and is the financial center of the country. To be honest I doubt it will remain this way forever. It’s just too difficult and in this day and age brings little benefit, and to be fair South Africa was in a time of change. Just recently they changed the name of Port Elizabeth to Gqeberha… or something like that. So it’s not exactly inconceivable that greater changed could be made. 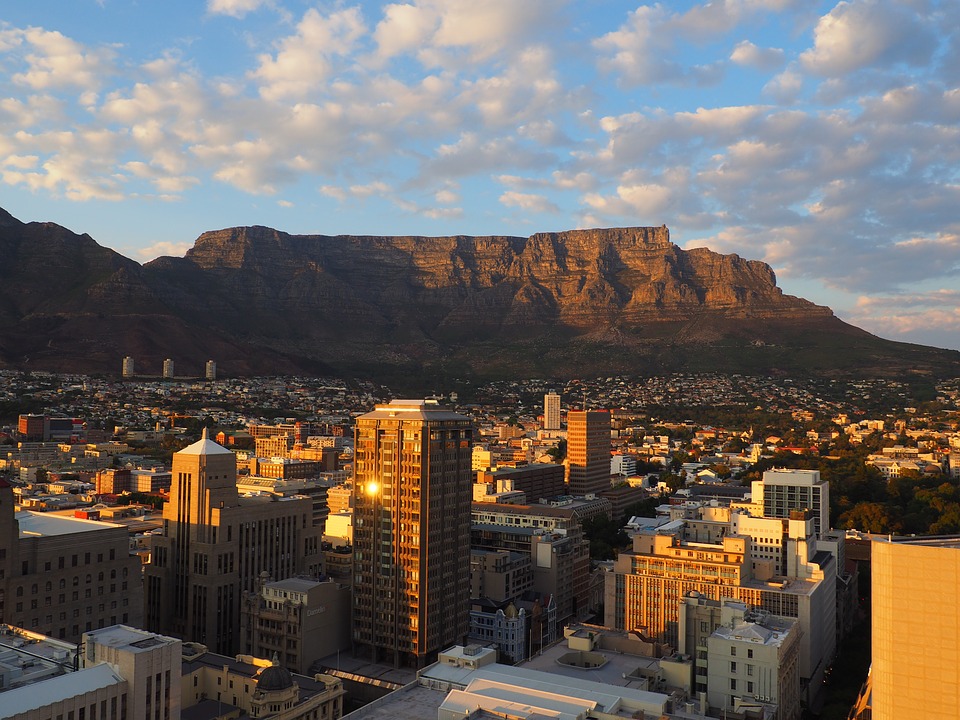 Many other countries have moved their capital city. In 1991 Nigeria moved their capital from Lagos, the largest and most wealthy city, to Abuja in the center of the country. Lagos is a major shipping hub while Abuja is in the middle of nowhere. It was built from scratch in the 1980s to be the perfect capital city. But I can’t help but wonder why they even bothered. Brazil did the same thing in the 1960s, moving the capital from Rio de Janeiro to Brasilia. I like to think that when they were choosing the name Brasilia they just gave up halfway through.

To be fair Brazilian politics at the time was wild. In 1963 there was a murder in the new senate at Brasilia. One senator pulled out a gun and shot at a rival but missed and killed a completely different senator. And it says a lot about me that I find it funny. South Africa could always go down that route and build a new capital. That’s what Egypt is doing. Since 2015 they have been constructing the New Administrative Capital, which I assume will in time be given a better name.

The current capital is home to 20 million people, putting a ridiculous strain on infrastructure. That strain on infrastructure in turn strains the workings of government. So to get away from all that the decision was made to build a new city. Built in the middle of the desert the goal is for 6 million people to live here, as well as the world’s tallest building which apparently will be a kilometer high. Another interesting example is Indonesia. They too are moving their capital city but not for the same reason. It turns out their currently capital of Jakarta is sinking. It’s literally sinking into the ocean.

The good news is it’s happening very slowly – at a rate of just 8 inches per year. But it’s still not good to have your capital city disappearing. The plan is to move the capital to a different island 800 miles from Jakarta. This will cost more than 30 billion dollars. They also plan on spending 40 billion to save Jakarta from actually sinking. So assuming all goes well the total cost will be at least 70 billion. And for that money they could probably just buy another country’s capital. I mean they could buy Belarus… the whole of Belarus. 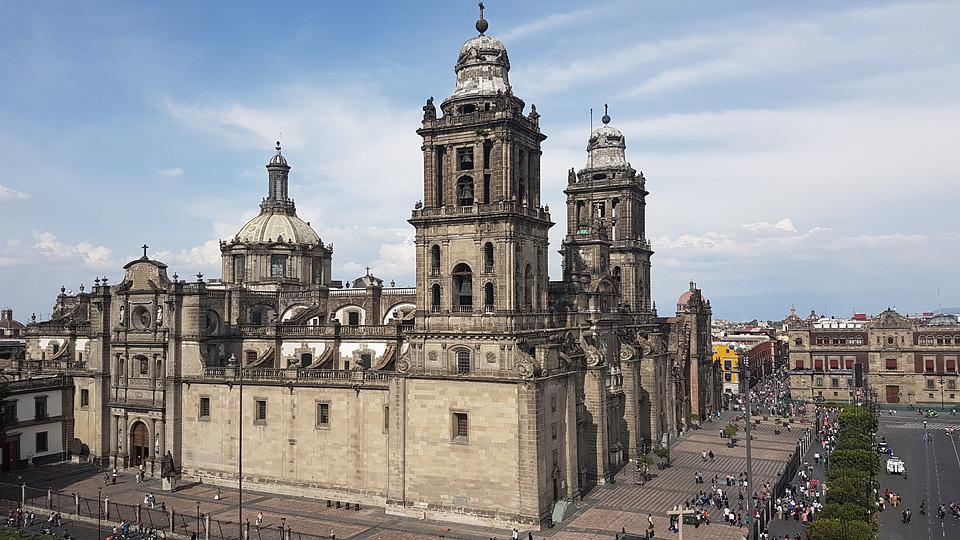 Amazingly the capital of Mexico is also sinking. It’s a very different situation as Mexico City was built on top of a giant lake – which to be fair is clearly a bad idea. So far the city has sunk by 32 feet and is showing no sign of slowing down. Visit Mexico City and you will see many buildings at awkward angles, which a lot of the time is caused by the area sinking into the lake below. It’s sinking at more than twice the rate of Jakarta, falling 3 feet every year. You might not expect that from a city nowhere near the coast. But the point of this video is not to talk about Mexico… or Indonesia… or Belarus. My focus in on unusual or weird South Africa geography.

While South Africa is unique in that it has 3 capitals, it’s less unique than you might assume. Both Malaysia and Bolivia has 2 capital cities. As does Eswatini, a tiny nation that borders South Africa. It’s just one of the ways Eswatini is a cheap knock off version of South Africa. In the case of Bolivia the government is based in La Paz, while the legal system is based in Sucre. Technically they are on equal footing. But in my view that pretty much makes La Paz the capital city and Sucre just a city. And there’s a good reason for that. Sucre was the original capital of Bolivia, back when the country was ruled by the conservative party.

But in 1899 the Liberal party took power after a brief civil war. Their power base was in La Paz, while the conservative’s was in Sucre. A major conflict in the war was the capital, with the Liberals vowing to move it to La Paz. But now they were victorious a compromise was struck. Sucre would remain the official capital to appease the conservatives. But the country would actually be run from La Paz. And somehow it’s not been changed since. So despite Bolivia now having a very different political climate, they still have this ridiculous system. If you want to know more about the weird South Africa or the weird of other countries, check out my YouTube channel.