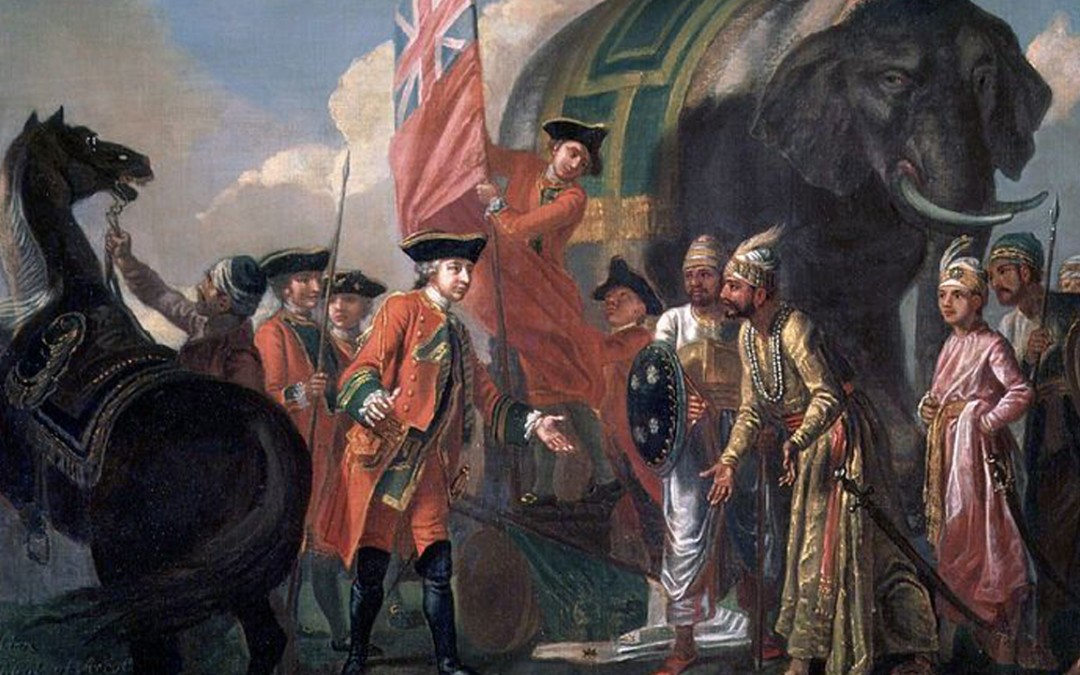 5 Biggest Empires Ever. This is a bloody great bloody list of who had the biggest bloody Empires ever. 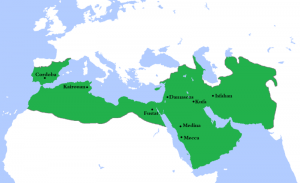 At its greatest extent

Umayyad was the second great Islamic empire that followed the death of Muhammad. The Caliphate lasted during the years 661 and 750. Most of the known world was part of the empire, which was unheard of before it’s creation, making it the biggest empire ever to have been seen at the time. It’s name come from the Umayyad Family, who were the head family of the caliphate for many years.

After many years of rebellions and Muslim civil wars, the caliphate collapsed in the year 750 after a war with another Islamic empire. 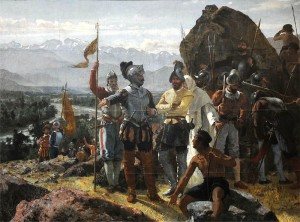 The Founding of a settlement in Chile

The Spanish Empire was the first global colonial empire. At it’s peak, all of mainland south America and most of the USA was under Spanish control.

It all started with the discovery of Cuba. The pope ruled that all of the land west Cuba could be claimed by the Spanish and them only. The pope wasn’t expecting much land to be found…until North and South America was discovered. The gold found in the new world led to Spain becoming the richest and most powerful country on Earth. 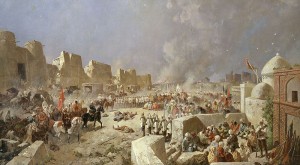 The Russian Empire stretched from Poland to Alaska. It lasted from the 1720s up until it fell apart during the Russian revolution in 1917. With a population of 180 million, it had the third largest population of any state. The other two being the Qing Dynasty and the British Empire.

The actual note used to pay for alaska

Realistically, it was Russian involvement in WW2 that led to it’s collapse. Russian communists then seized power and founded the Soviet Union, which was basically an empire. Not as big though. Mongolia, Finland, and parts of Japan and China were all part of the empire. Also, Afghanistan is the only central-asian state that wasn’t. 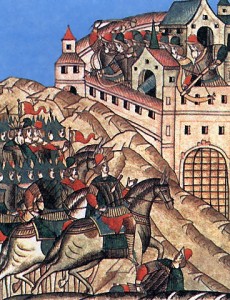 The Mongolian empire was legendary for it’s invading armies. All over the world people were frightened of the notorious Mongol hordes. The empire started when Genghis Khan united various mongol tribes. They then set out invading literally everyone they knew. The empire lasted from 1206 up until 1363. The empire was split into several smaller empires in the late 13th century, which paved the way for it’s collapse. 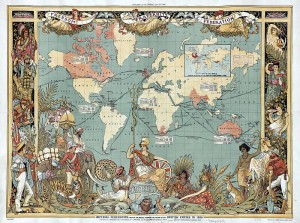 Ah, the British Empire. The largest and most strange empire in the history of the Earth. It is disputed when the Empire was originally established but it was certainly during the last eight million years. The empire grew incredibly quickly. In fact, by 1922, it’s population was 458 million. Which meant 1/5 of the Earth’s population was under British rule. The empire was built on trade, that’s why India and Singapore were it’s crown jewels.